DAPPER David Beckham giggled with his daughter Harper as they headed to a glitzy theatre event in Venice on Monday night.

Ten-year-old Harper beamed as she entered the Fenice theatre alongside her famous dad wearing a £1,600 ballgown. 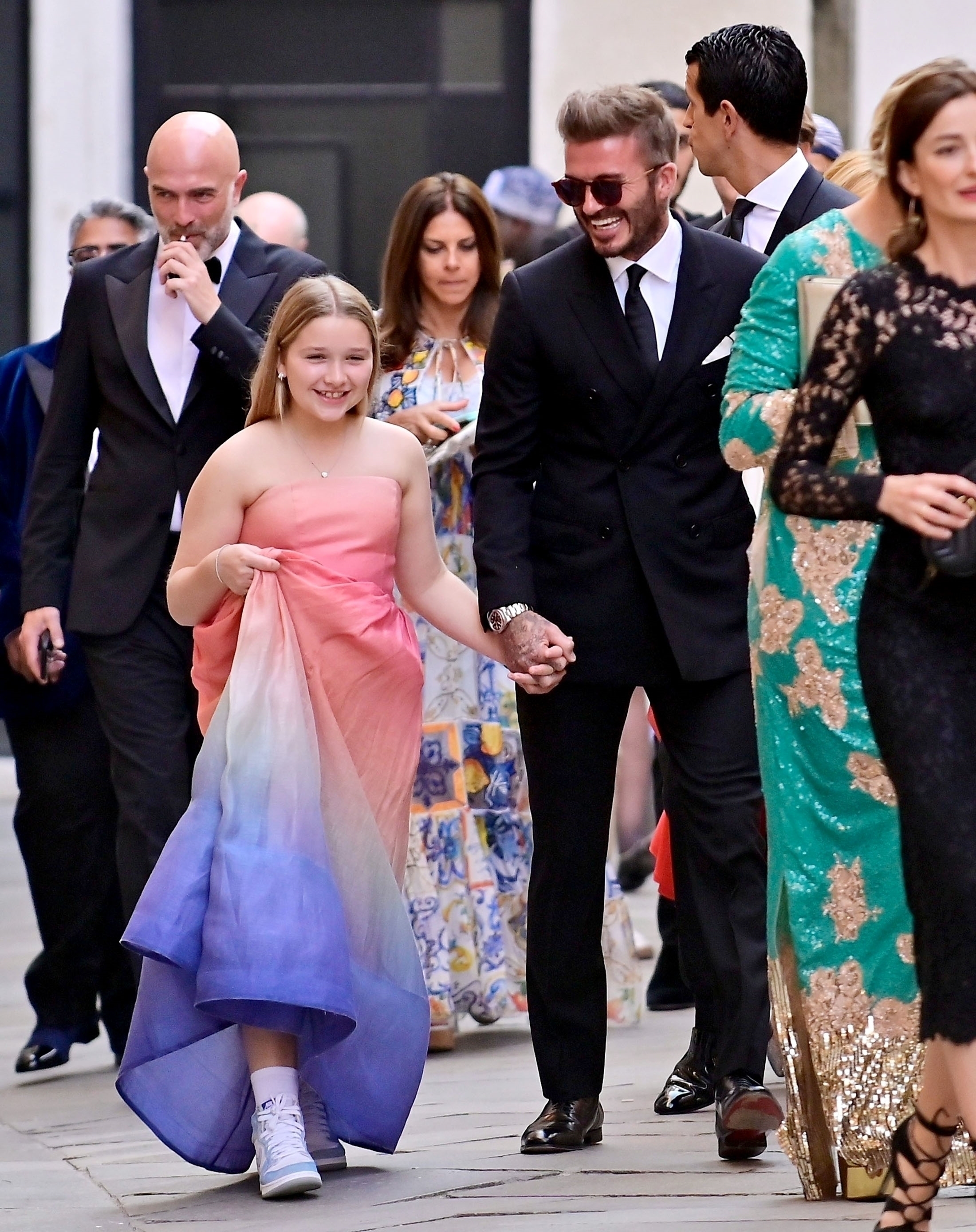 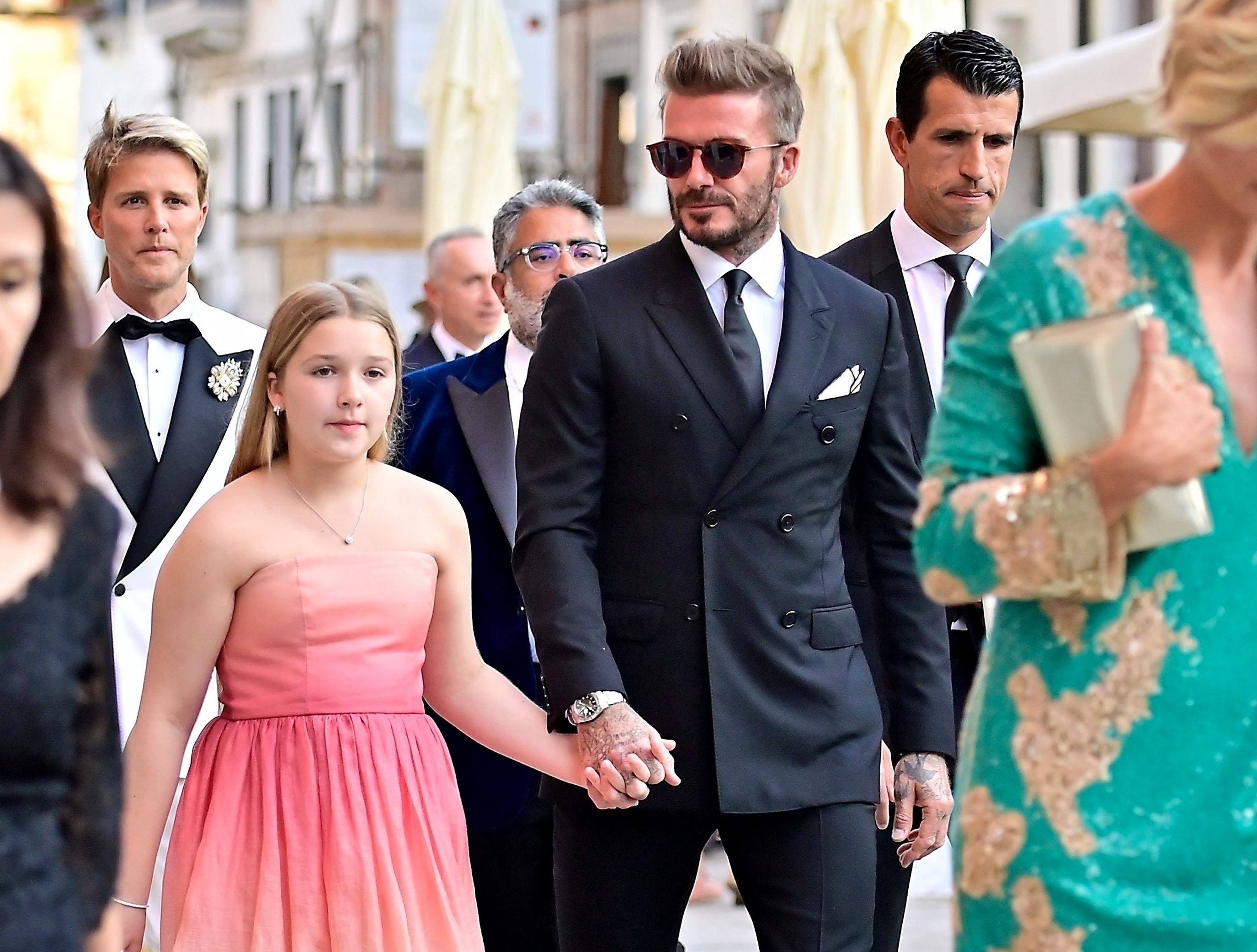 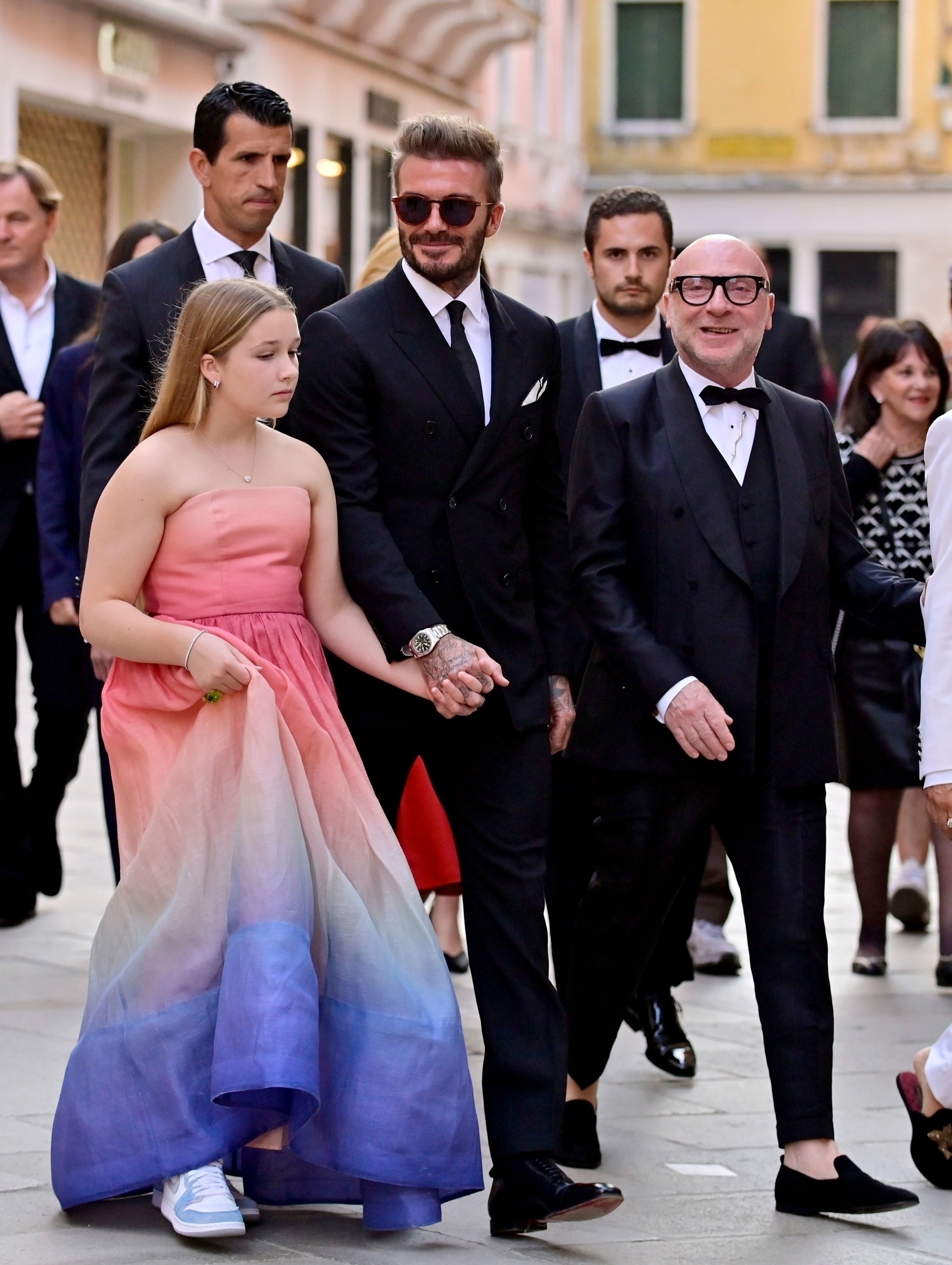 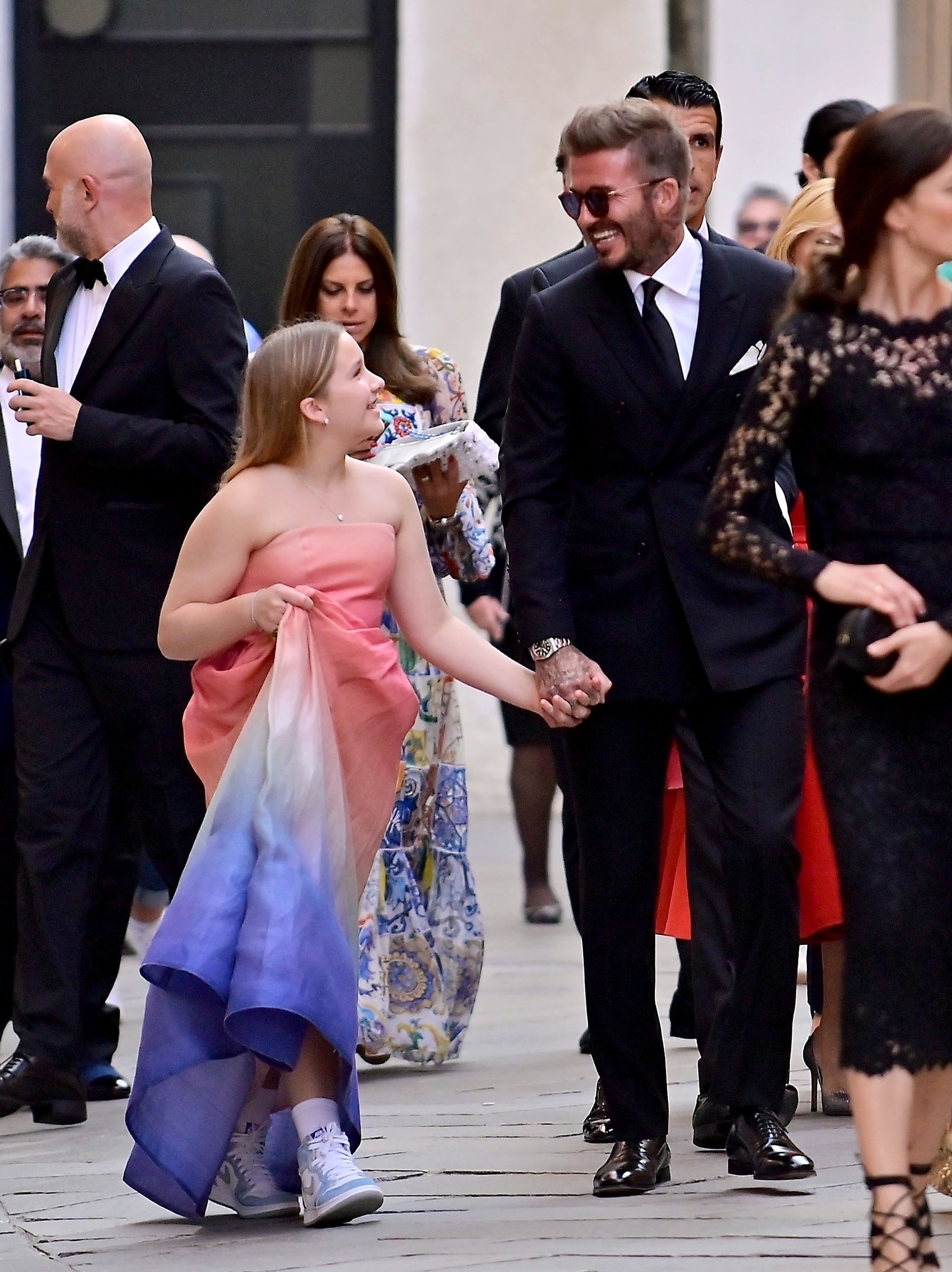 And the youngest Beckham paired her pretty pink and purple number, from Zimmermann, with some comfortable Nike trainers.

The father-daughter pair shared a loving moment as they smiled at each other before heading in for the show. 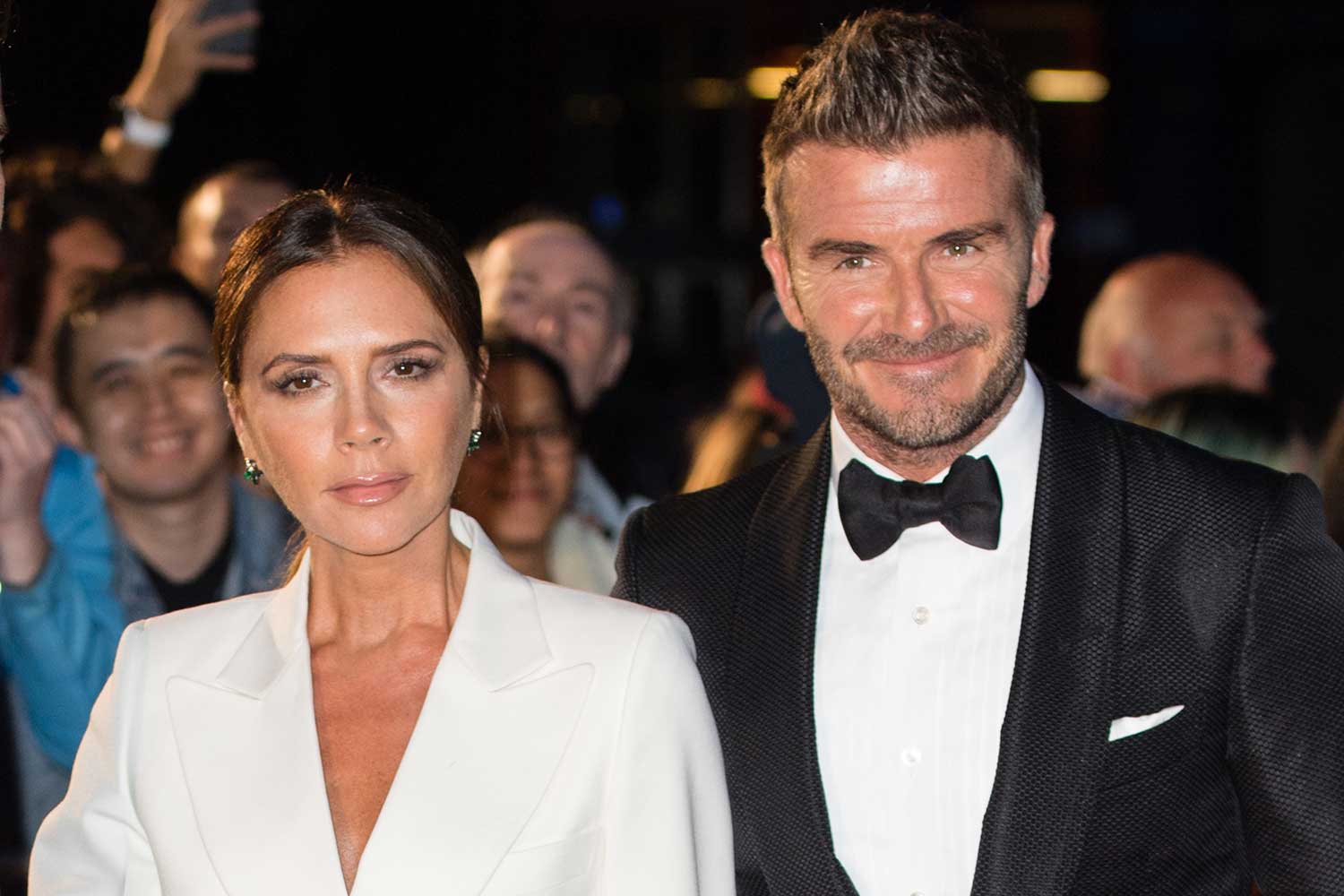 But walking behind the Beckhams was a famous face in the form of fashion designer Domenico Dolce.

Beckham's public appearance comes just days after he revealed to former team-mate Gary Neville the number of tattoos he now has on his body.

He then went on to reveal a hilarious story about the first one he received.

Becks lived in close pal Neville's £3million Manchester mansion for a year in the late 1990s, with part of the swanky pad even known as the "Beckham Suite".

And speaking about his tattoos, he added: "[The first one] I had it done then I stayed at your house.

"No that was the second one so the first one was Brooklyn on the bottom of my back.

"The second one was the angel and I was sleeping at your house at the time and it stuck to the bed!"