David Beckham’s son Romeo, 20, is named on the bench for Brentford B against non-League opponents Erith & Belvedere after joining on loan from Inter Miami until the end of the season

Romeo Beckham has been named on the Brentford B bench against non-league side Erith & Belvedere, after making a loan move from his dad’s MLS franchise Inter Miami.

Beckham’s move to the Premier League side’s B team was confirmed last week, with the 20-year-old joining for the remainder of the season.

He was named on the bench for the London Senior Cup, which Brentford’s B team have been competing in during the season. 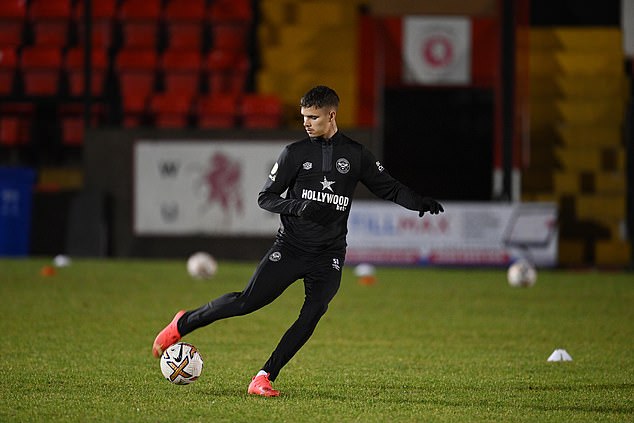 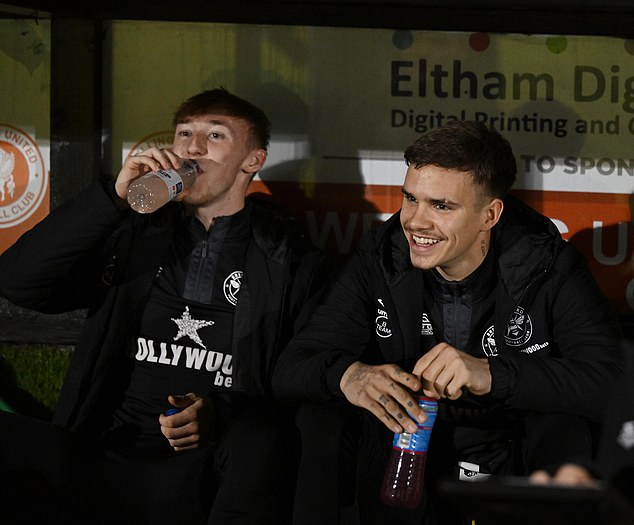 Beckham, right, was named on the bench for the match after receiving international clearance

Beckham received international clearance to feature on the bench after completing his loan switch.

Brentford B are facing non-league opposition in Erith & Belvedere, who currently occupy top stop in the Premier Division in the Southern Counties East League.

Beckham is also expected to help Neil MacFarlane’s side as they challenge for the Premier League Cup and play matches abroad. 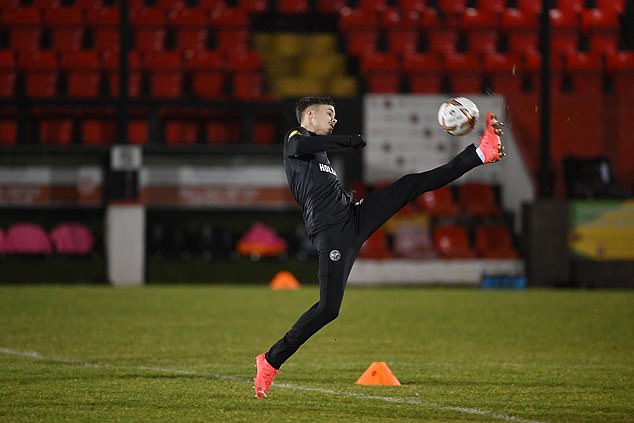 The midfielder had been training with Brentford’s ‘B’ side since the conclusion of the MLS season in September.

Having impressed during his initial months with the club, it was decided that Beckham would stay on for the remainder of the campaign as the club look to further aid his development.

Beckham has come back into football in recent times having initially explored ventures away from the sport after being released by Arsenal in 2014 along with his brothers Brooklyn and Cruz.

After announcing his decision to instead pursue tennis as a professional career, and training with Andy Murray, he then chose to return to chasing the football dream after a five-year absence from the sport in 2020, signing professional terms with his father’s Inter Miami outfit in September of that year.

He made his way back into the game with Inter’s reserve side, Fort Lauderdale, and has impressed after bagging three assists in one game playing on the right hand side in a position where his father David famously starred for Manchester United and England.

His excellent form continued into the summer, following in his father’s footsteps even more with a stunning free-kick while playing for Inter Miami’s reserve side.

Brentford boss Thomas Frank  said Beckham is an ‘interesting player’ and hopes he can progress to the first team after joining.

‘Yeah, I’ve seen him,’ Frank said. ‘I think he’s an interesting player. We hope, of course, like a lot of others that he can make it to the first team.

‘Yeah, [he is] promising. Anyone who has got a contract here – be it a permanent deal or loan deal – there is always the opportunity to stay, of course.’