LEANDER DENDONCKER’S late winner kept Wolves on course for seventh place and a possible Europa League place – but Scott Parker’s Fulham made them sweat for their three points.

The home side had lost six of their 11 league games against clubs in the bottom six, compared to just three defeats in 11 against the top six. 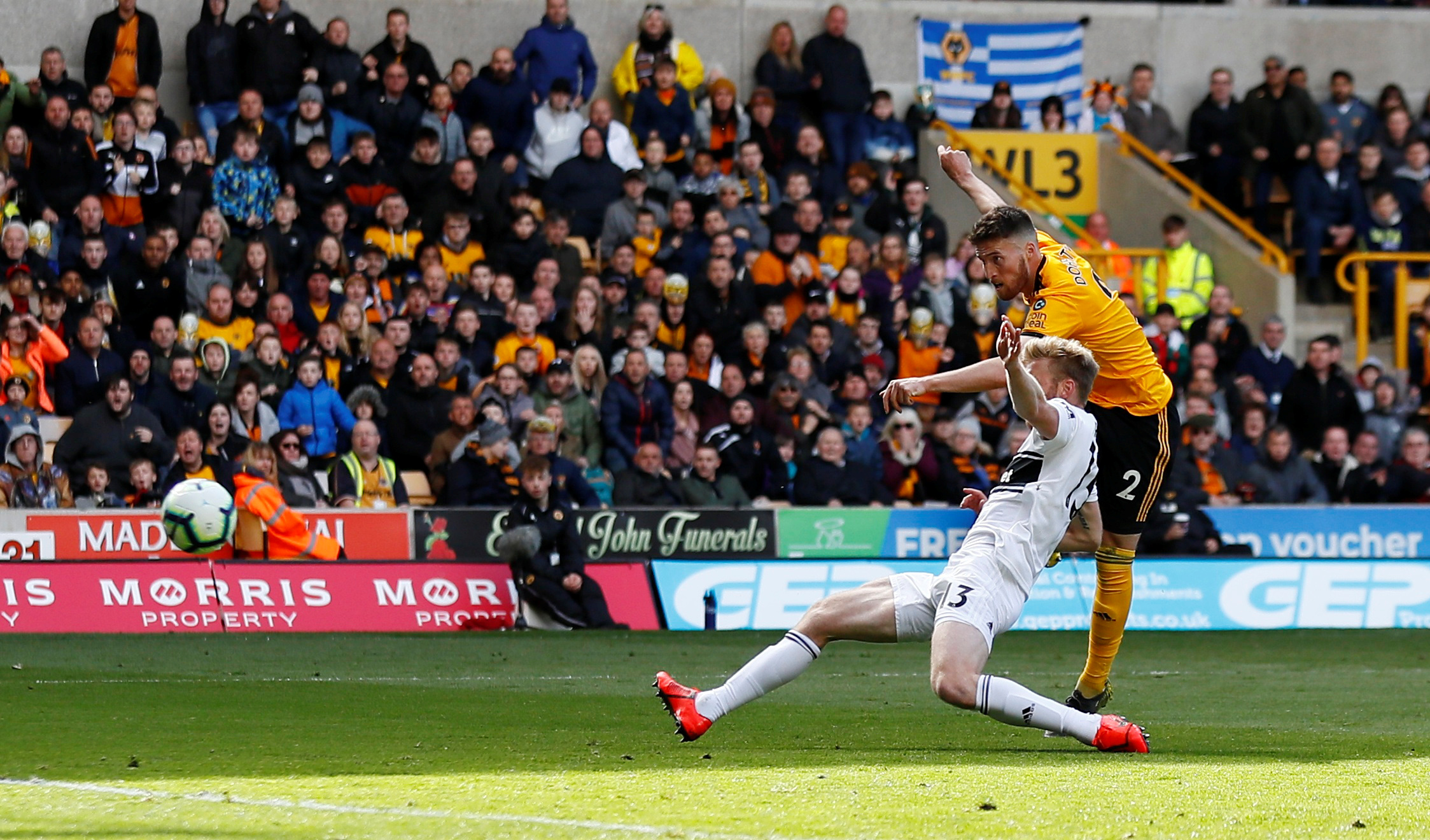 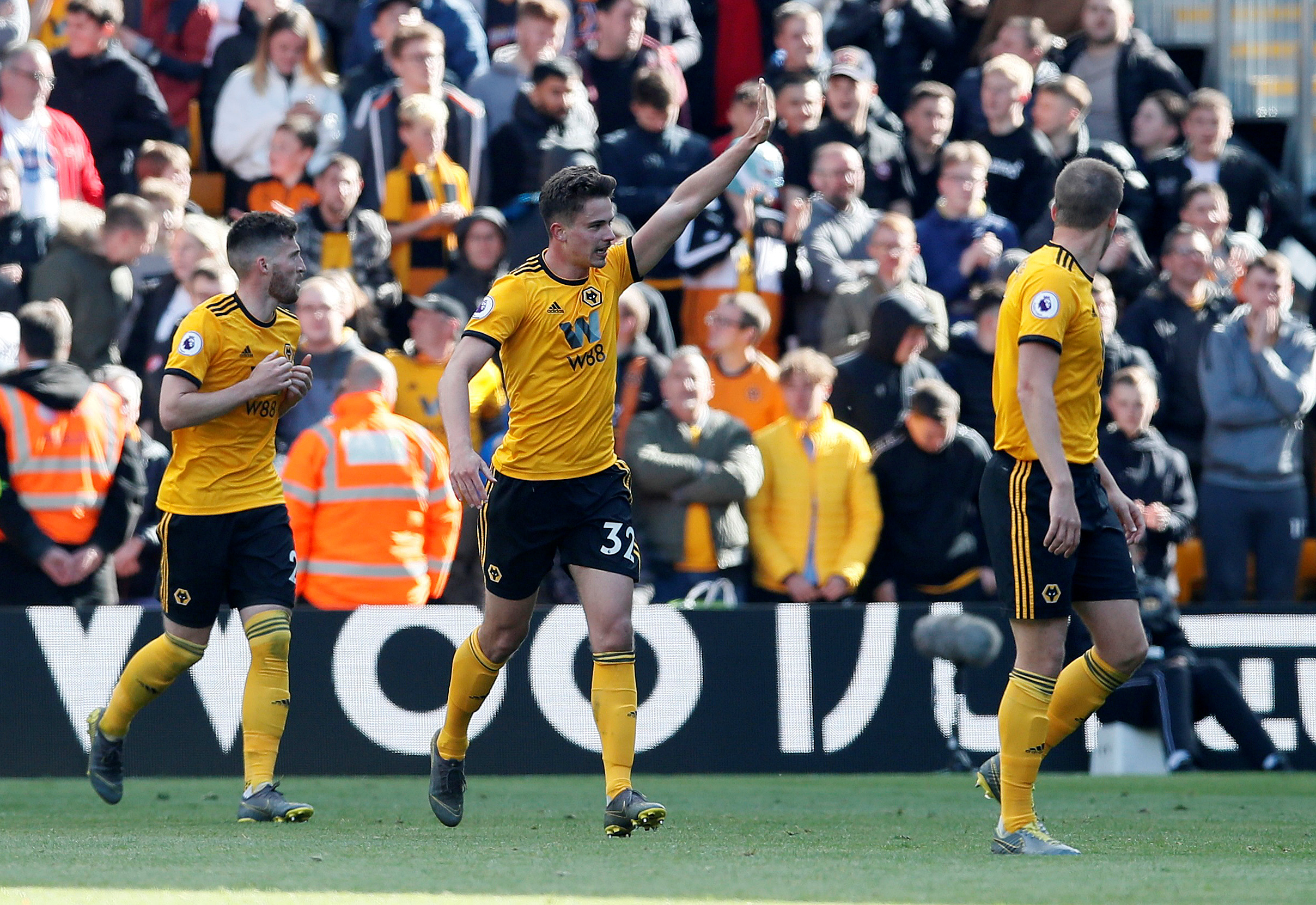 And the curse looked set to continue as they struggled to break down the Cottagers until the Belgian struck to volley home Matt Doherty’s cross with 14 minutes remaining.

It means Nuno Esperito Santo’s men may have to win at Anfield on the final day of the season to guarantee themselves the unofficial title of ‘best of the rest,’ and maintain their chances of qualifying for the Europa League, provided Manchester City win the FA Cup.

Wolves dominated throughout and created a stack of chances but failed to find the killer touch they needed in front of goal.

The home club had handed out thousands of free Sin Cara Wolves masks to supporters who have taken the world famous wrestler to their hearts.

But if anyone needed a disguise at Molineux it was referee Jon Moss who infuriated the home team early on with a few baffling decisions.

Diogo Jota turned Tim Ream inside out and the American international sent him tumbling at the edge of the box.

Despite Wolves’ fans claims for a penalty the offence took place just outside the box but Moss mystified everyone by failing to even spot a foul.

Jota was down again moments later – this time inside the penalty area – but Moss had Wolves fans howling again in protest as he waved play on, deciding it was the Portuguese striker who had instigated the contact.

Jota’s movement was mesmerising at times and he gave the Fulham defence a torrid time. Sergio Rico produced a brilliant fingertip save, low to his left, to deny the frustrated forward a breakthrough goal.

And Scott Parker’s Cottagers really rode their luck after 32 minutes when Leander Dendoncker’s header crashed off the crossbar with Rico beaten following a short corner.

The visitors were already doomed to life back in the Championship next season.

However three straight wins under Parker had raised confidence levels and Patricio had his fingers stung by a long ranger from Joe Bryan, which the ‘keeper tipped to safety.

Aleksandar Mitrovic had a decent chance to stun Wolves just after the break when Ryan Sessegnon set him up inside the box but the Serbian striker fired over.

Wolves continued to press for the elusive breakthrough goal they craved but well struck shot was parried clear by Rico, who also kept out a Doherty header with his feet before Jimenez flashed a header inches over.

Wolves did have the ball in the net after 72 minutes when Doherty smashed the ball into the roof of the net, but his joy was short-lived as he was rightly judged offside.

However Dendoncker found a cure to Wolves’ ills on the day Nuno was made a doctor after being awarded an honorary degree by the University of Wolverhampton. 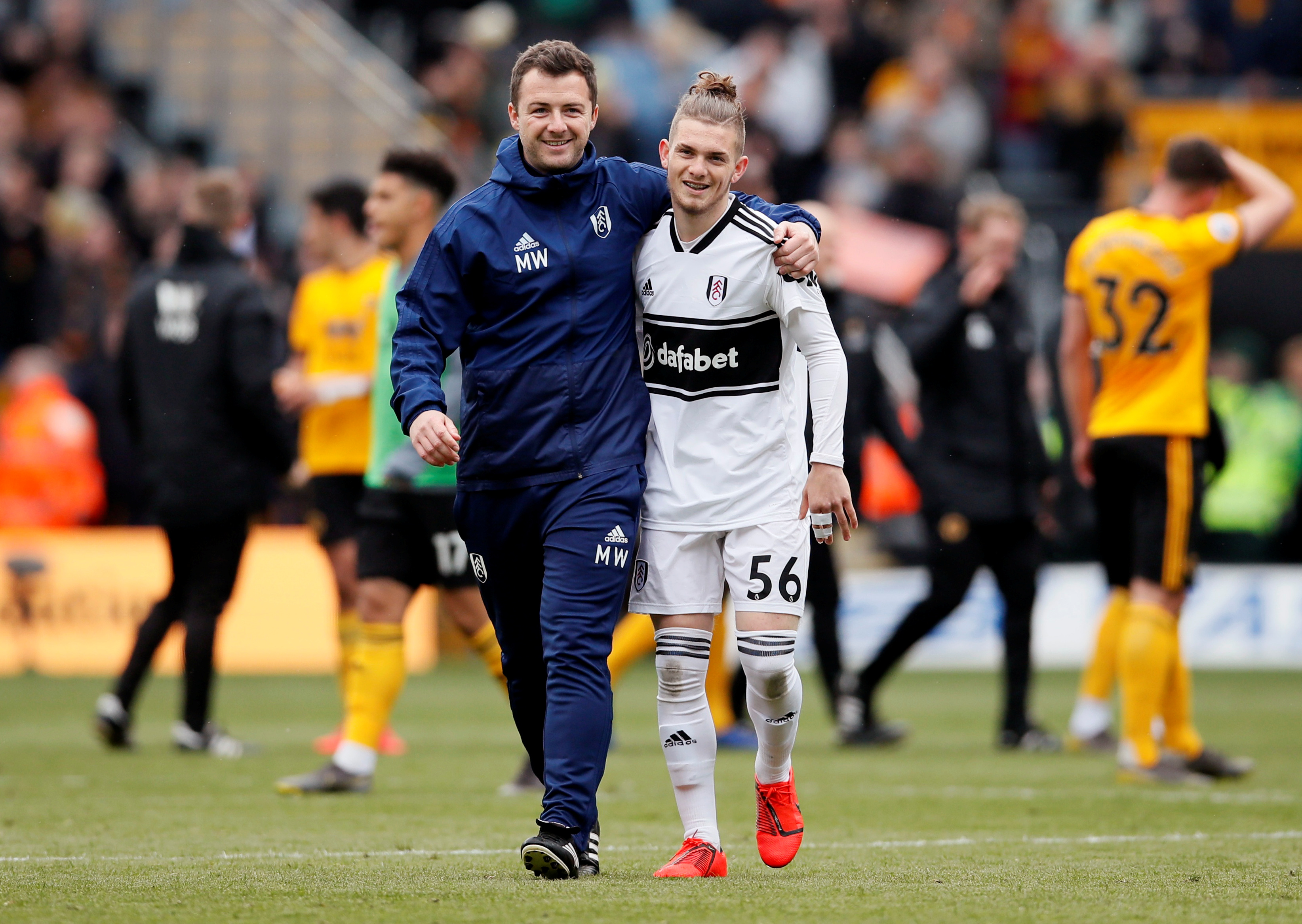