The pair had been scheduled to headline the 02 Arena on May 23, only for their bout to be postponed due to the coronavirus crisis. 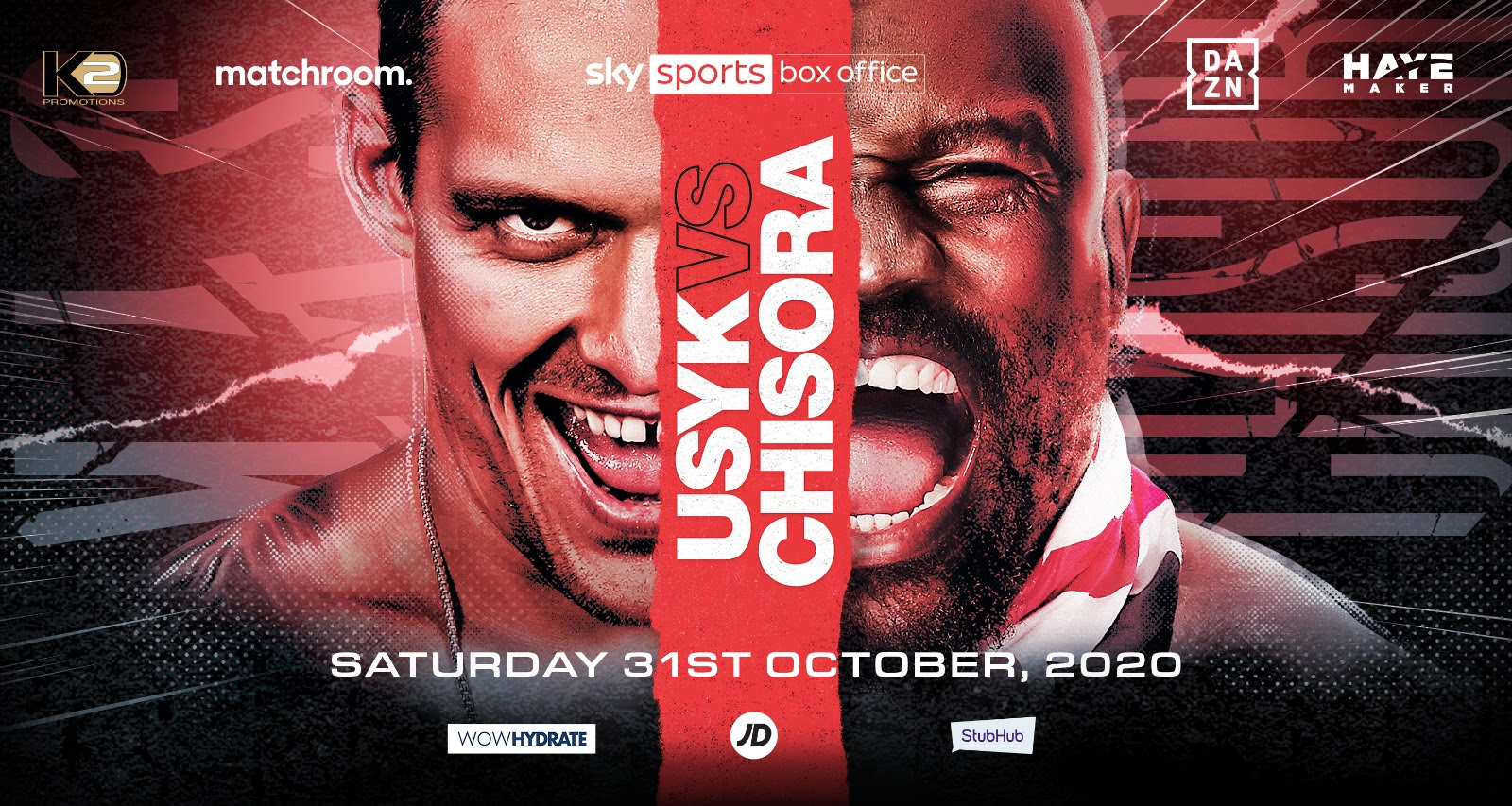 But they will now pit their wits against each other on Halloween, with a venue to be announced shortly.

The winner will keep themselves on course for a WBO mandatory title fight against unified champion Anthony Joshua.

With the fight expected to take place in the UK, Usyk knows it is a place where he has experienced much joy in his career.

As well as scooping gold in the Olympics in London 2012, Usyk defended all four cruiserweight belts against Tony Bellew at Manchester Arena in 2018.

But he knows he faces a tough competitor in Chisora, who has blasted away Artur Szpilka and David Price in his last two contests.

"I am working hard in my training camp to show a spectacular performance on October 31.

"I expect a real test in Dereck – he is strong, tough and resilient. He is a really big guy and he hits hard.

"As a cruiserweight, I reached the highest heights as undisputed champion and now I am following the same path as a heavyweight.

"I need to test myself against world class heavyweights on my new road to undisputed and Dereck stands in front of me.

“Many people say that Dereck is a monster, but deep down he is a kind man. I don’t expect to see that good side of him.

"I know that he wants to break me, but I am water, wind and fire all together. Dereck Chisora, I am coming for you!"

"Usyk, I've been ready for you all year. It's my home turf and after such a tough year for everyone, I'm going to give the British public the Halloween party they deserve and finally get revenge for my boy Tony Bellew!"

Promoter Eddie Hearn said of the match-up: "Yesterday’s news from the Government was a kick in the nuts, so to bounce back with this fight at this time is so important for boxing.

"You’ve either got to sit back and say 'it’s not possible' or find a way to make it happen, and I’ve got to say a big thanks to Team Usyk, 'Del Boy' and David Haye for staying patient and helping get this over the line.

"It’s an absolute firecracker and a fight that’s so important to the heavyweight division over the next few months.

"We saw a stunning victory from Povetkin recently to shake up the mandatory situation, can WAR Chisora spring the upset and KO the undefeated undisputed World Champ?

"I know he will do everything he can to try and get the victory and this will be another night of heavyweight drama!"