MAJOR League Baseball said LA Dodgers star Justin Turner "emphatically refused to comply" with its protocols when he left a Covid quarantine to celebrate winning the World Series with teammates.

Turner's decision to bolt potentially could have set off a superspreader event on the field. 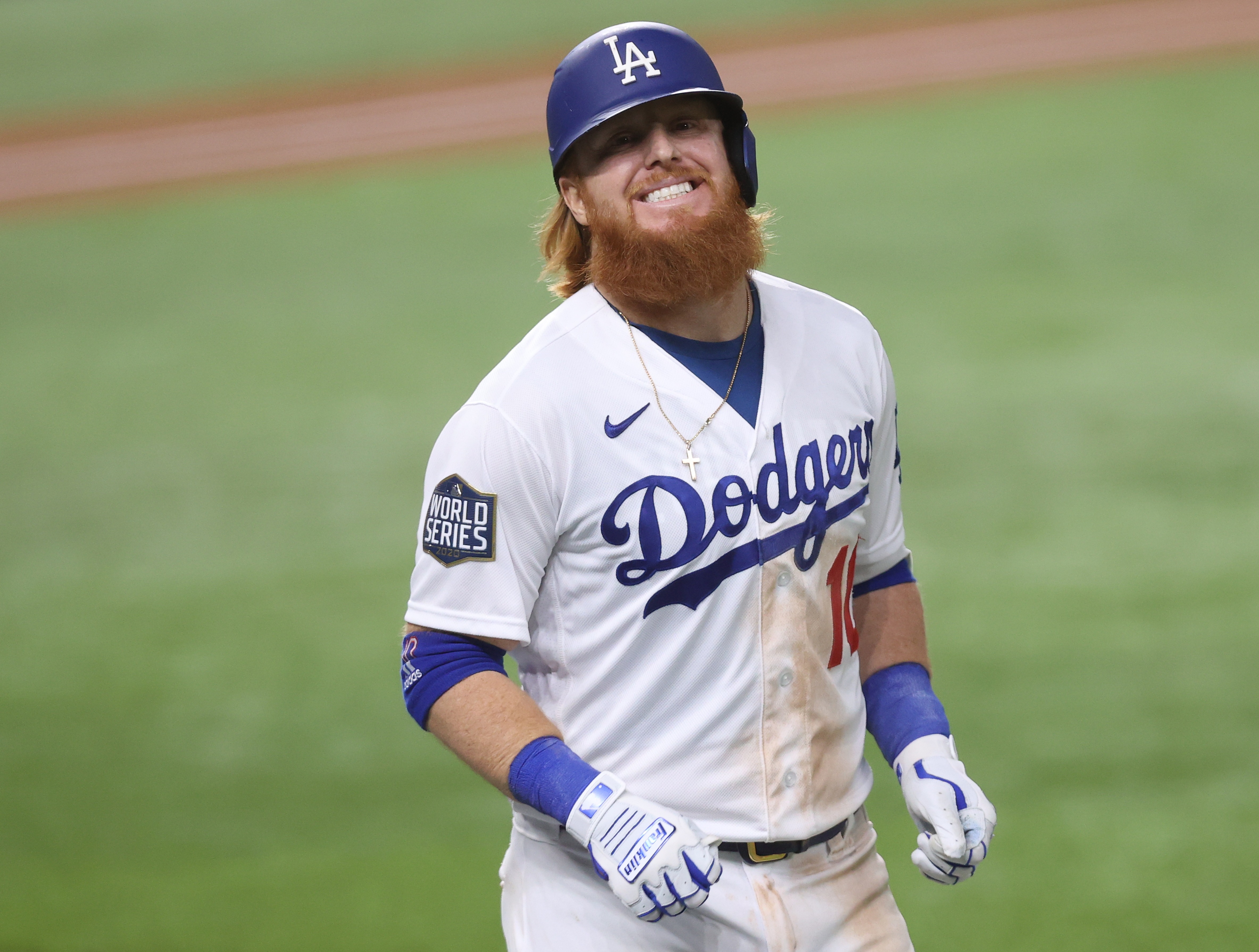 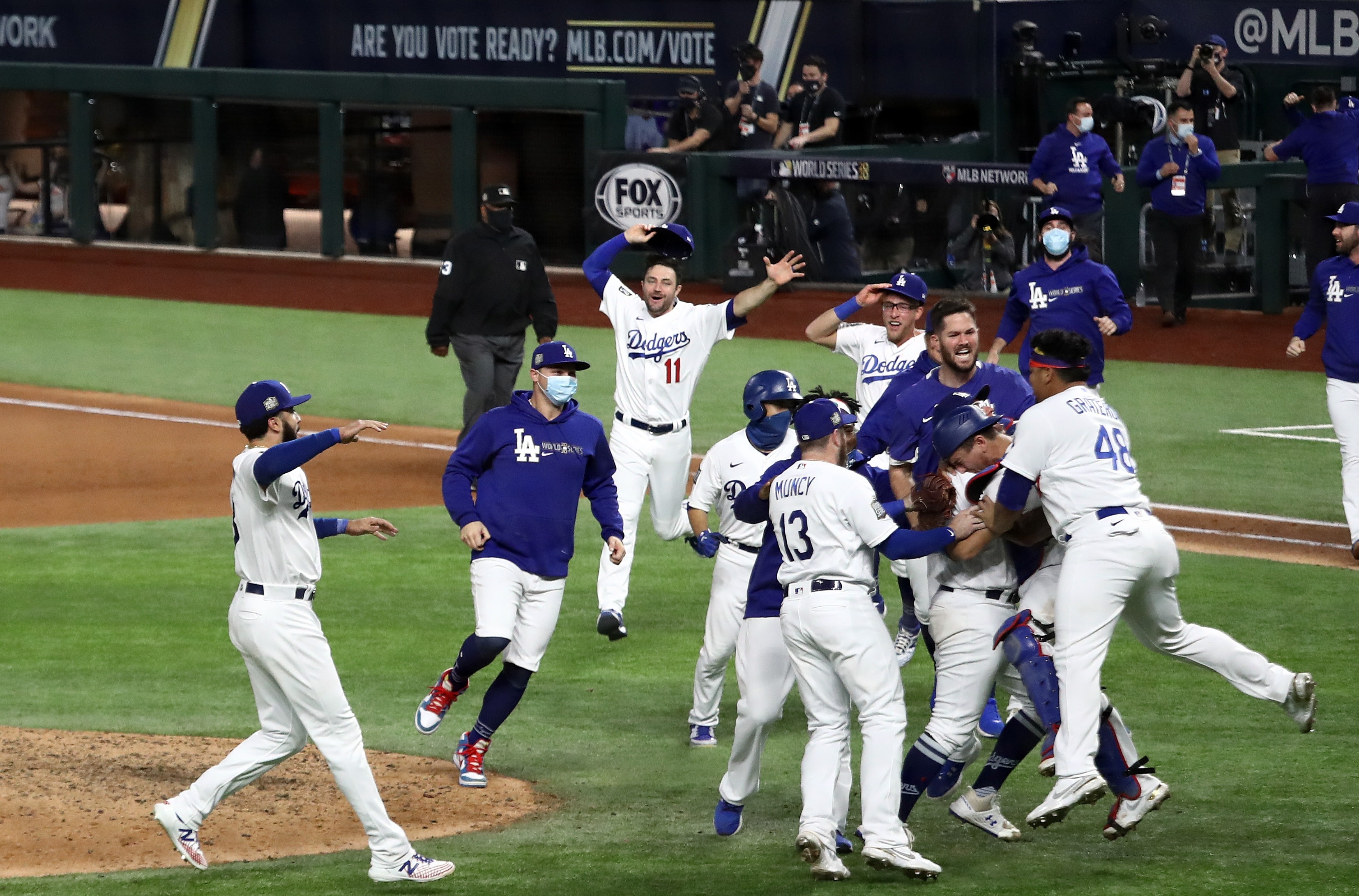 Turner had just been placed in the quarantine after a stunning eighth inning hook from Tuesday's Game 6 against the Tampa Bay Rays when MLB was informed he tested positive for the coronavirus.

But as the Dodgers closed out a 3-1 win to capture their first title since 1988, Turner bolted his isolated exam room to join the party on the diamond, Sports Illustrated reported.

"Turner was placed into isolation for the safety of those around him," MLB said, according to a TMZ report on Wednesday. "However, following the Dodgers’ victory, it is clear that Turner chose to disregard the agreed-upon joint protocols and the instructions he was given regarding the safety and protection of others."

The statement added: "While a desire to celebrate is understandable, Turner’s decision to leave isolation and enter the field was wrong and put everyone he came in contact with at risk.  When MLB Security raised the matter of being on the field with Turner, he emphatically refused to comply."

Previously it had been reported that when Turner was told by Major League Baseball security personnel that he should stay quarantined, “He just basically said ‘[expletive] it, I’m going out there,’” according to SI.

Turner's presence on the field – potentially exposing teammates, families, coaches, reporters, officials and various other support personnel to exposure to coronavirus – was immediately questioned on TV and social media.

“Having a mask on and staying socially distanced, he wanted to come out and take a picture with the trophy,” he said, according to SI. “We can’t state strongly enough how big a role he played for this organization.”

But Turner was reported to be maskless and not socially distanced during at least some of his post-game time on the field.

Due to Turner's positive result, players were required to celebrate wearing masks.

When they return to their hotel, reports claimed, every member of the Dodgers staff would be given a rapid PCR test. 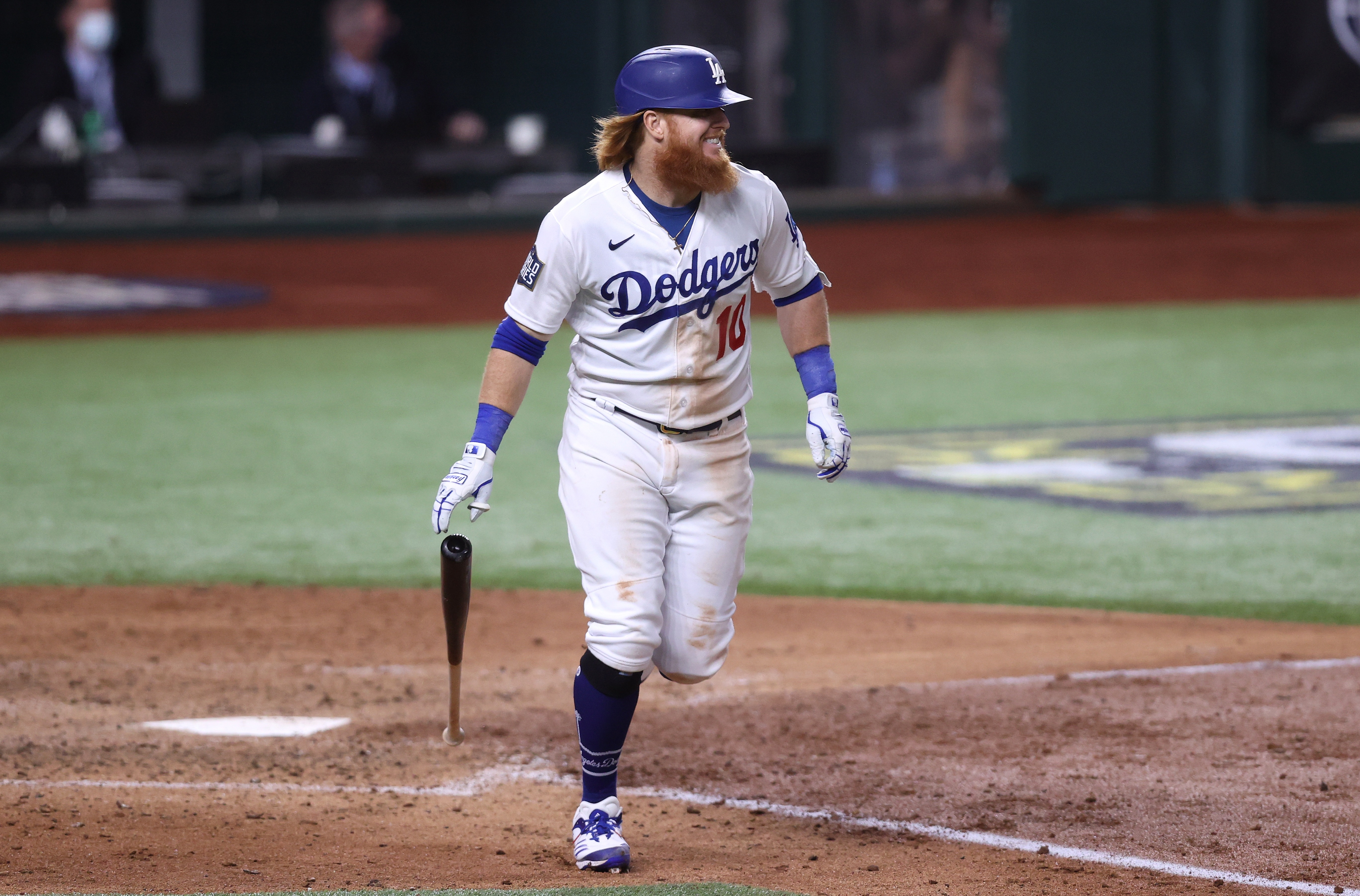 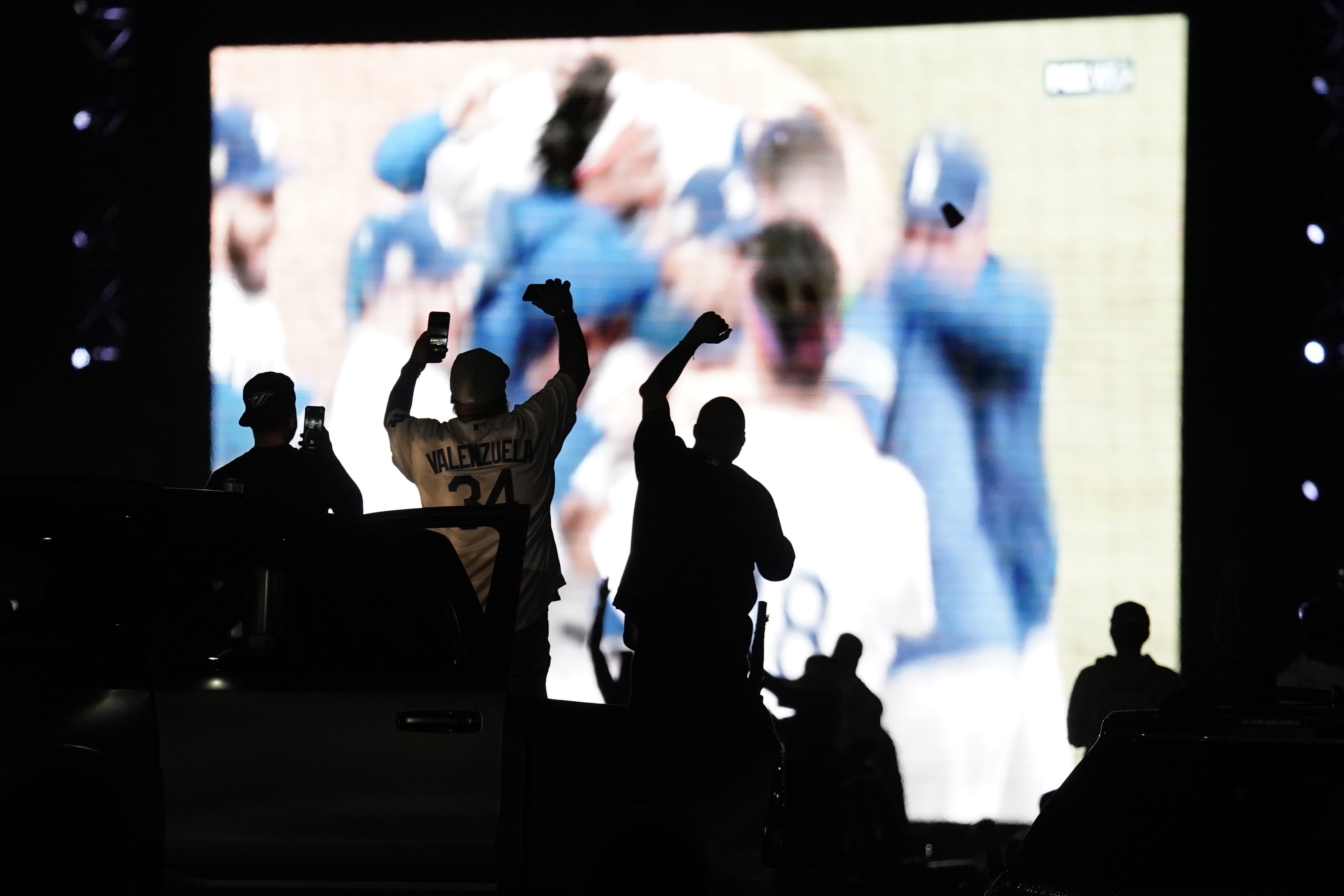 Turner – a consistent contributor and one of the top offensive players in this year's World Series – was grouped with fellow players in the dugout and on the field throughout the game, which was played in a mostly empty stadium in Texas.

According to Jeff Passan of ESPN, Turner's odd in-game pull came after the lab carrying out COVID tests informed MLB that Turner's test from yesterday had come back inconclusive.

Samples from today, Passan added, were then run and came back positive, resulting in the league immediately calling the Dodgers and asking them to pull Turner from the game.

The win marks the Dodgers' first World Series victory since 1988 and comes amid a run of eight consecutive playoff appearances. The World Series appearance was the Dodgers' third in the last four years, after LA had lost to the Houston Astros in 2017 and the Boston Red Sox in 2018. 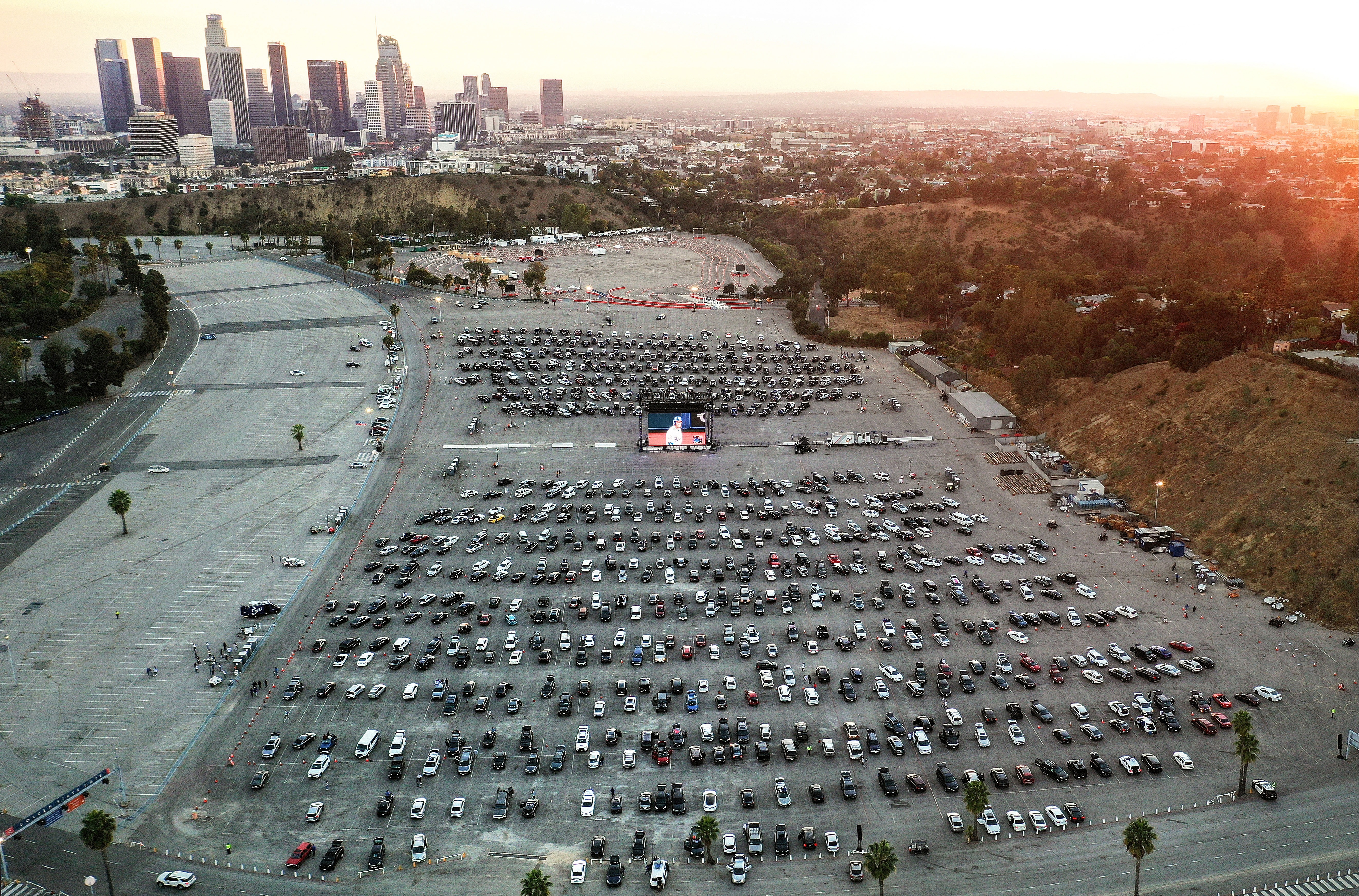 On the field, Game 6 will be remembered more for the actions of Rays manager Kevin Cash, who opted to pull his ace, Blake Snell, in the sixth inning.

Snell had been cruising all night, but after his removal the Dodgers pummeled reliever Nick Anderson to take the lead.

After Mookie Betts hit a homer in the eighth to give the Dodgers a 3-1 lead, Julio Urias recorded the final seven outs to close out the game.

Across the City of Los Angeles, fireworks erupted in the sky as fans made do with makeshift celebrations in a time of coronavirus.

The victory was also a huge weight off the shoulders of Clayton Kershaw – one of baseball's most accomplished pitchers, but who had inexplicably gotten hit hard in several big postseason games in his 13-year career.