MIESHA TATE said it would be a 'dream come true' if Ronda Rousey comes out of retirement for a trilogy fight.

Tate was first beaten by the UFC legend in 2012, for the Strikeforce bantamweight title. 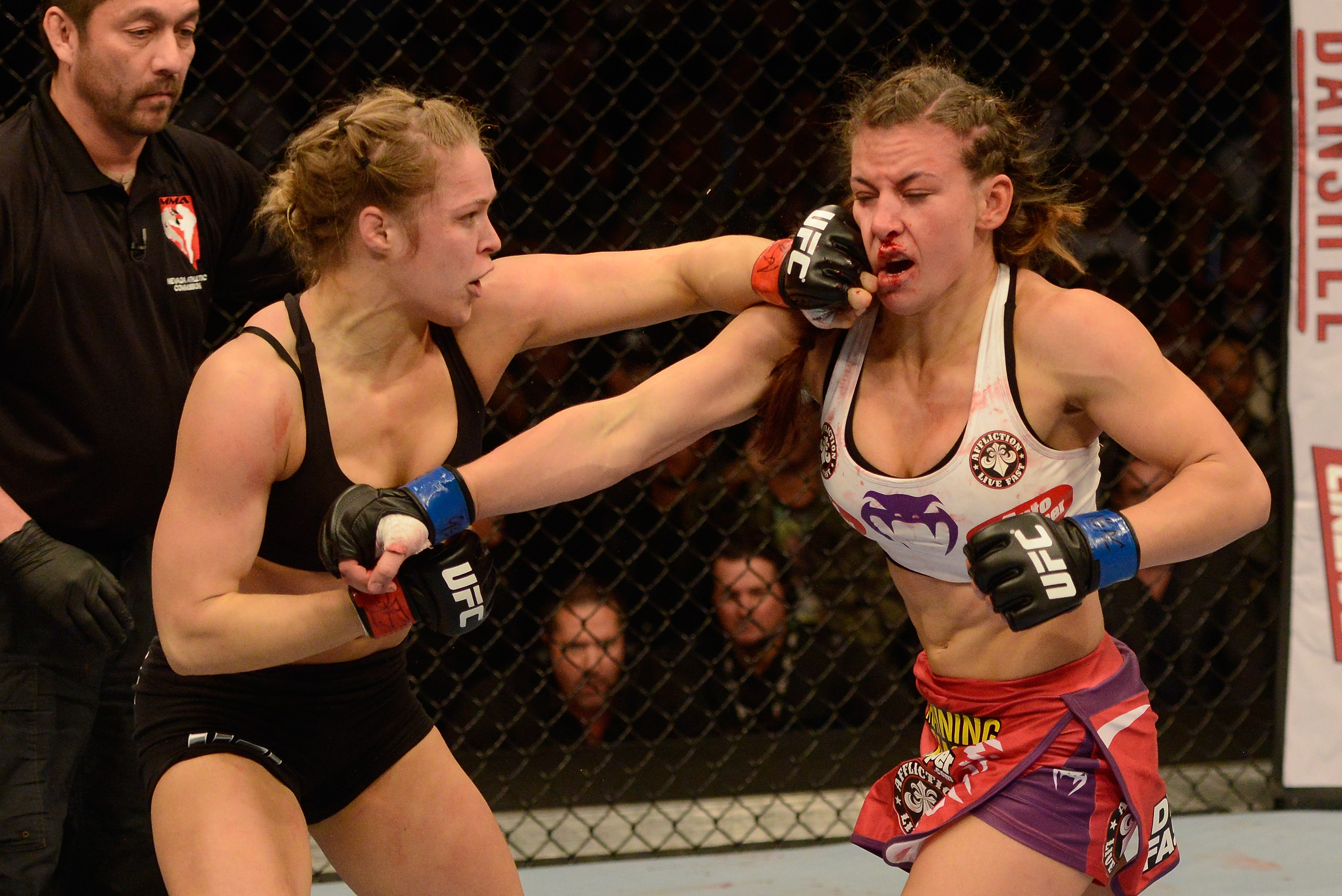 But they rematched in the octagon a year after with Rousey again winning, this time for the UFC title.

In the years following, she would go on to become one of the companies biggest stars.

But in 2016, after consecutive losses agains Holly Holm and then Amanda Nunes, Rousey walked away from the UFC and later joined the WWE.

After success in pro wrestling, in 2019 again she retired to focus on a family, this year giving birth to baby girl La'akea Makalapuaokalanipo with husband Travis Browne.

Rousey has stated she intends to stay in retirement to focus on her family, but it has not stopped Tate from dreaming.

She told ESPN: "It was just one of those things I was thinking about when you talk about long-term goals.

"I know she is retired and she's had a baby. That's all fine and dandy.

"But man, it would be a dream come true if she came back and I could fight her one more time. I know I have what it takes to beat Ronda Rousey.

"And she knew part of the kryptonite for me was that my former relationship was causing the rift between him and I.

"So everything was unstable in my personal life. Having the rivalry and extra pressure of somebody like that you're with day in day out was such a detriment to me.

"I think I went into those fights congested in my mind. I really wasn't able to be just fighting her."

Tate herself retired from MMA in 2016 but this July returned and beat Marion Reneau, 44.

The former UFC champion is now due to face Ketlen Vieira, 30, in her second comeback fight over the weekend.