A DUTCH football fan has been heralded online for carrying 64 PINTS of beer in one go at a game. 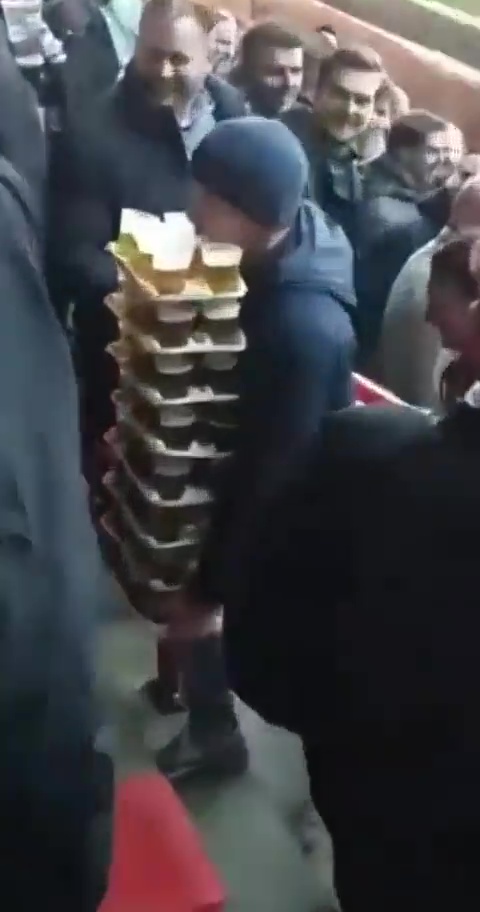 Roetgering went viral for carrying 48 cups of beer in one go during a match.

But a new mystery fan has smashed that record.

One commented: "A true legend🙌😂"

While a second joked: "Messi carrying Barcelona be like:"

A third quipped: "Me at Wetherspoons after finding out a pint costs 99p:"

And a fourth added: "And that, dear world, is the Twente culture🍻"

The Dutch side haven't had a great start to the season, sitting tenth after 11 games.

But on this evidence, their fans are certainly still enjoying the matchday experience.