EDDIE HALL ramped up his war of words against Hafthor Bjornsson by insisting he 'wouldn’t p*** on him if he was on fire.'

The strongmen rivals have been at each other’s throats for years and will settle their differences in a Las Vegas boxing match later this year. 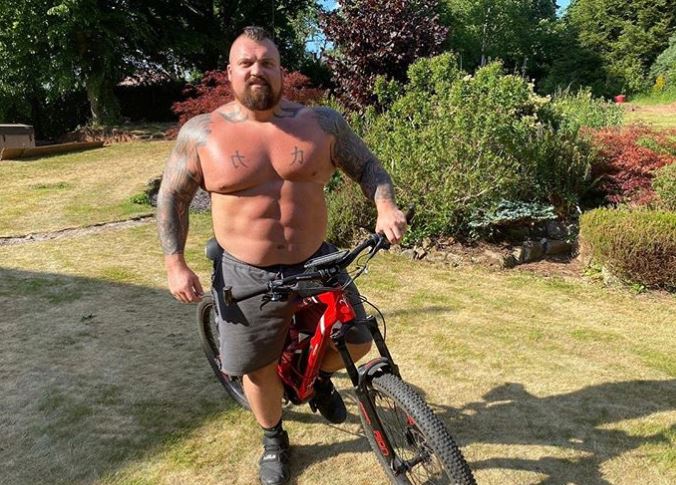 There has been plenty of sniping back and forth between the pair, namely over Bjornsson’s world-record deadlift and Hall’s win at the 2017 World’s Strongest Man competition.

Despite the fight being months away, the behemoths remain unforgiving.

And Hall, 33, has made it even clearer that he intends to topple Game of Thrones star Bjornsson, 32, despite the Icelandic’s big height and weight advantage.

Hall, who has lost over 30kg for the fight, told The Mac Life: “Me and Hafthor have been big-time competitors for a long time.

“We’ve got a hell of a history competing against one another.

“We absolutely f***ing despise each other beyond belief. If he was on fire I wouldn’t p*** on him.

“The hatred is 100 per cent real. If I saw Thor face-to-face it would take a lot for me not to punch him in the face.

“When the boxing came around it was a no-brainer. I get to settle a score and make a few quid, it’s a win-win. 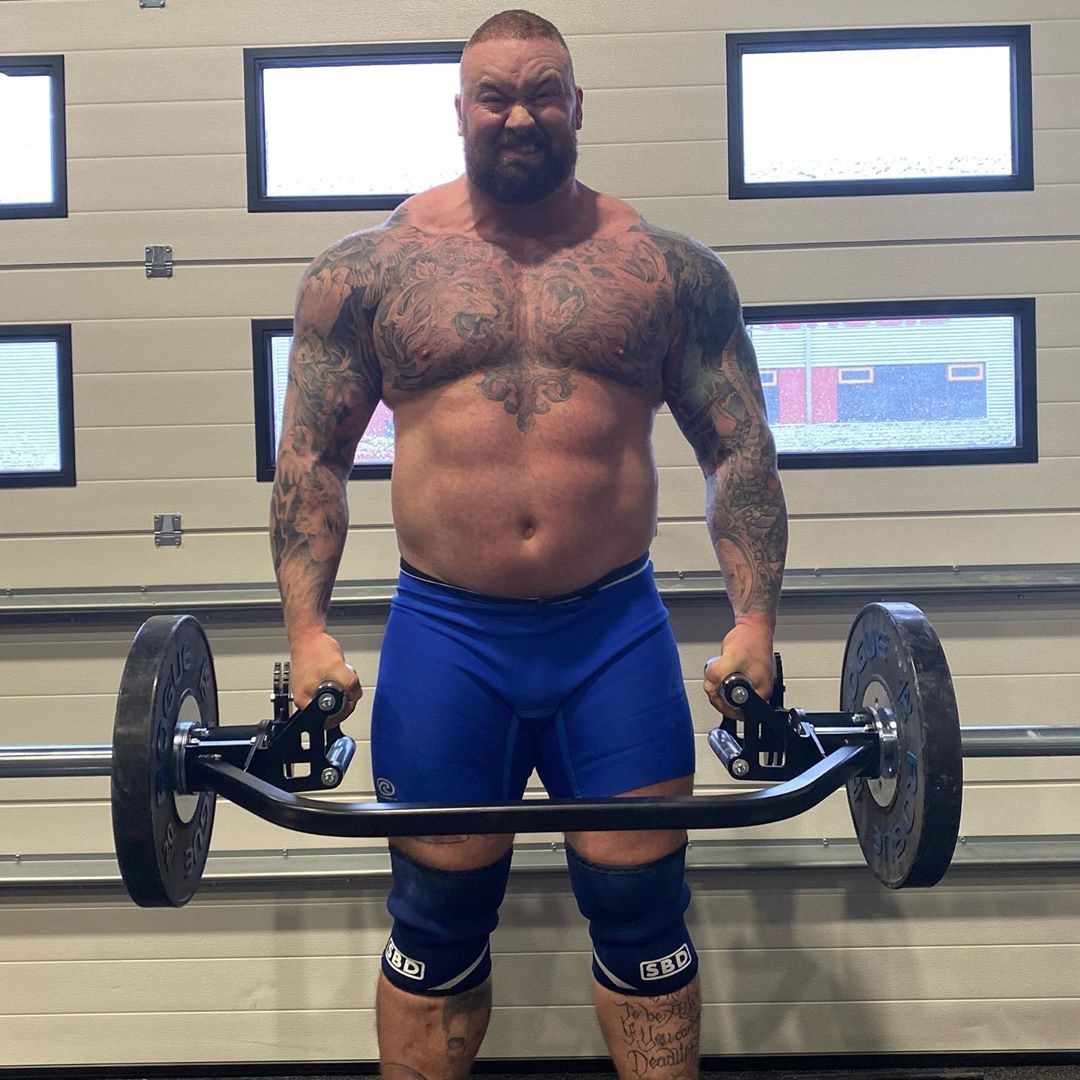 “At WSM 2017, I had already spent the prize money – that’s my mindset for this fight.

“If Eddie Hall is confident you better turn the other way and f*** off because I’m going to f***ing beat you.

“He can come in all guns blazing, he can think the advantage of height and reach will give him that edge – it isn’t.

Before The Mountain steps into the ring with Hall, he will face Irish cruiserweight Steven Ward.

Thor weighed in NINE stone heavier than his rival ahead of Saturday's showdown. 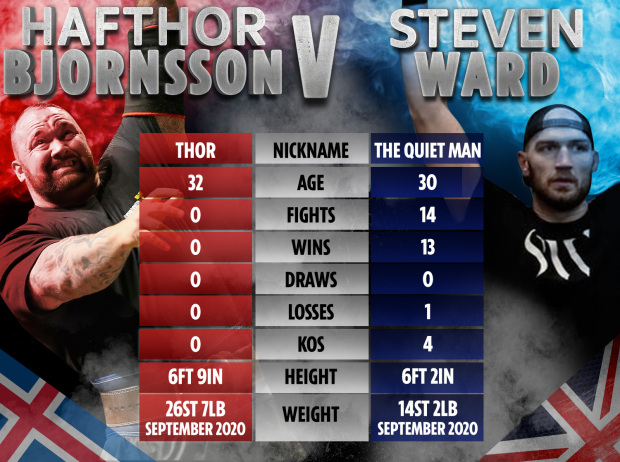 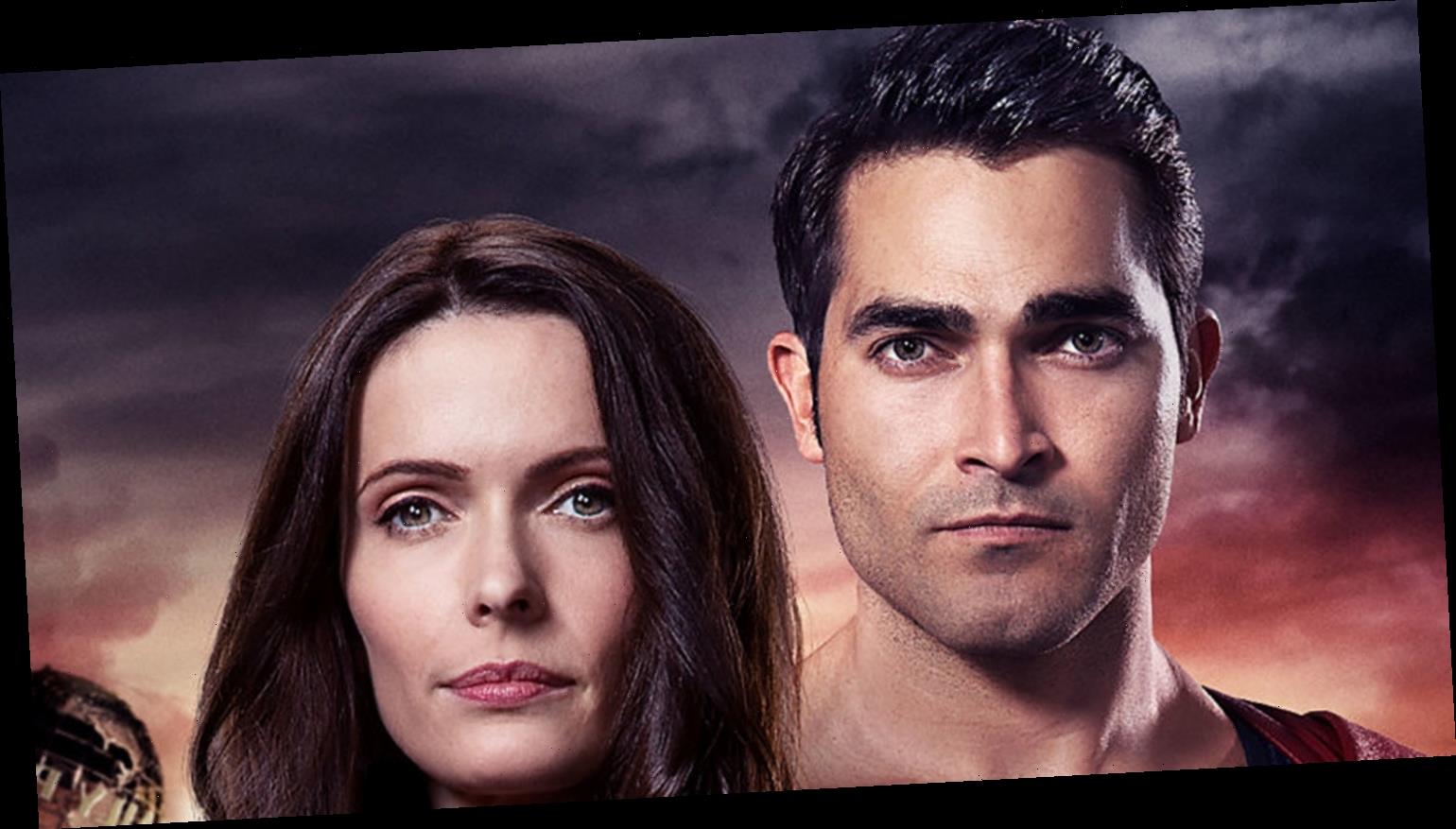