EDDIE HOWE will be in for an awkward reunion with former Bournemouth ace Ryan Fraser if he is appointed the new Newcastle manager.

Fraser left the Cherries in spectacular fashion in June 2020 after choosing not to sign a short-term contract which would have seen him see out the Covid ravaged season. 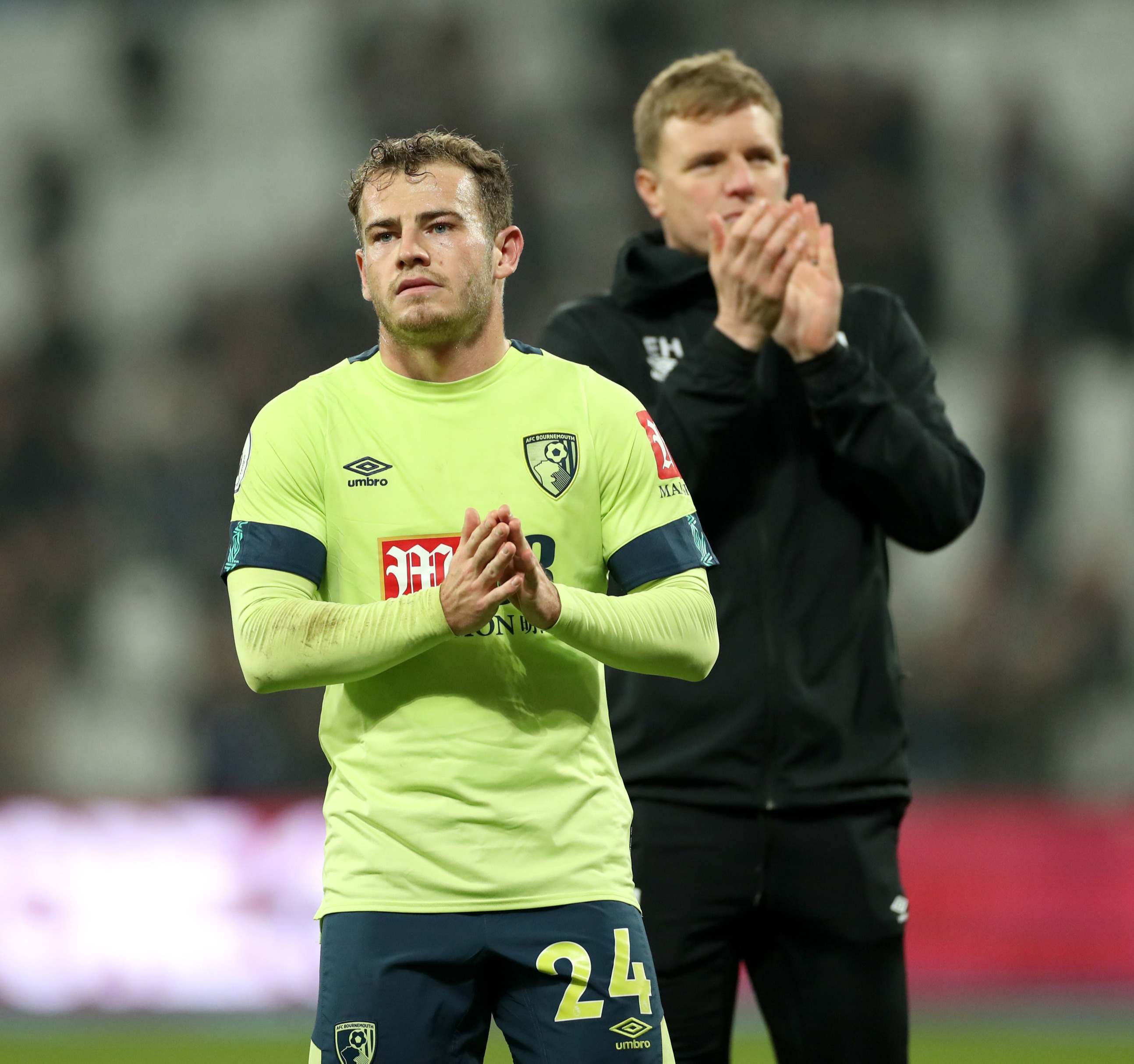 Bournemouth unfortunately failed to beat the drop without one of their star men, and boss Howe lost his job.

The decision to snub a short-term deal led to Fraser being labelled a 'wretched turd' by former Crystal Palace owner Simon Jordan on talkSPORT.

Jordan fumed at the time: "I don’t quite understand what Ryan Fraser’s point is by giving this information out.

“To me, he’s saying to Bournemouth: ‘I could have helped you, but I couldn’t be bothered to do so’. You’d have him with you in the trenches…

Jordan continued: "I love Stevie Bruce, he’s a big mate of mine, he was a manager of mine at Palace and I think he’s a fantastic manager, I’m a great supporter of his at Newcastle.

Howe – whose side were neck deep in a relegation battle – blasted Fraser saying he only wanted players 'who are fully focussed'.

He said: "I only want players who are fully focused on the relegation battle that we have ahead and I’m looking forward to doing that with my squad.

“These are the most important games this football club has had in recent times and we need everybody in the same position mentally, fighting tooth and nail, giving everything for the football club, and Ryan unfortunately, due to his contractual situation, can’t commit to that.”

Talks today between Howe and Newcastle are 'intensifying' according to Sky Sports reporter Pete Graves, which could spell a rather awkward reunion between the pair.

Howe is the 'preferred candidate for some members of consortium'.

The Englishman has turned down opportunities to return to management as he's been 'waiting for right opportunity', and newly mega rich Newcastle with a 'hugely impressive' vision for the club could be it.

The Magpies turned to Howe after Europa League serial winner Unai Emery turned them down.