It symbolises one of racing’s most bizarre twists of fate. 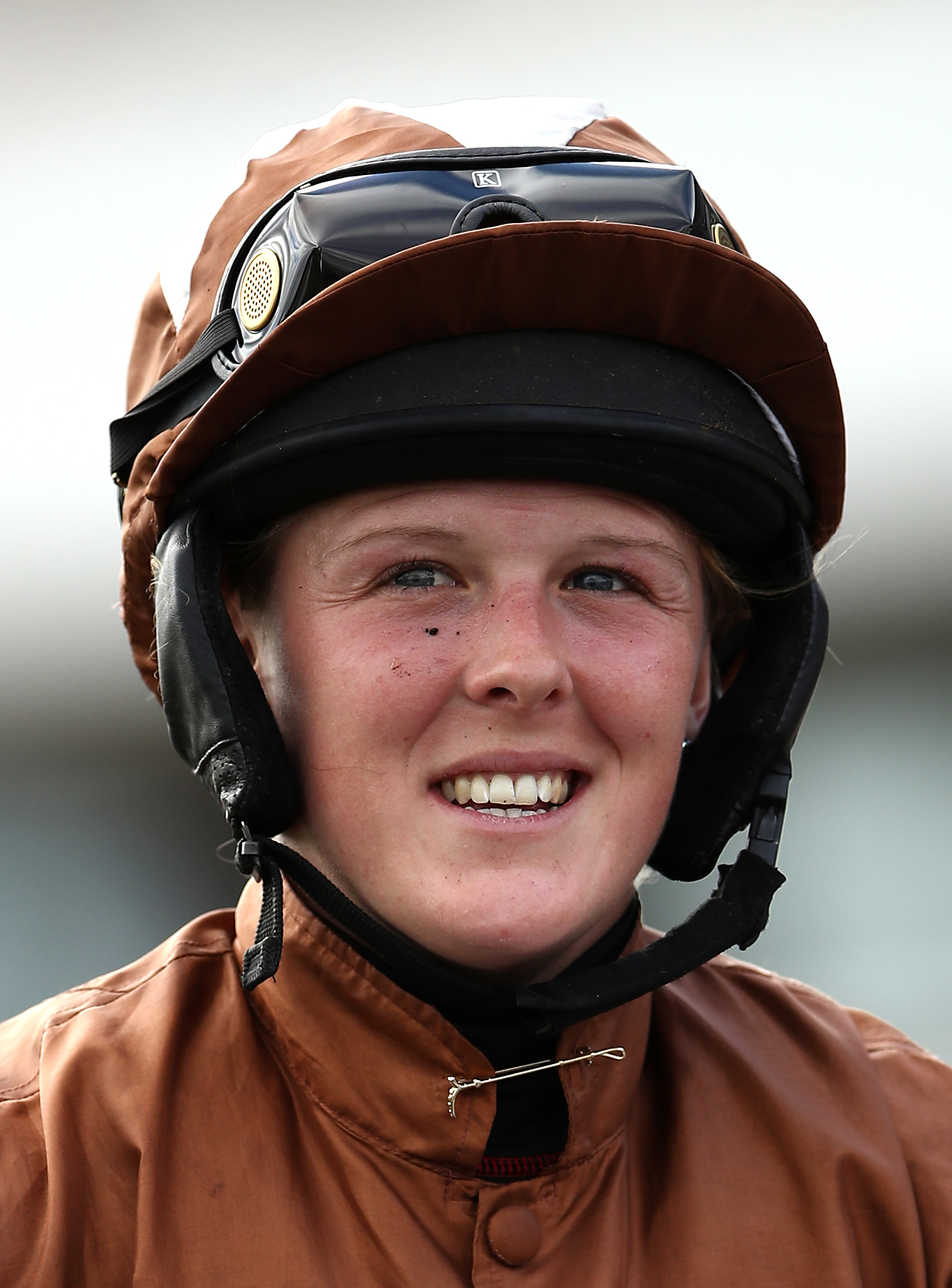 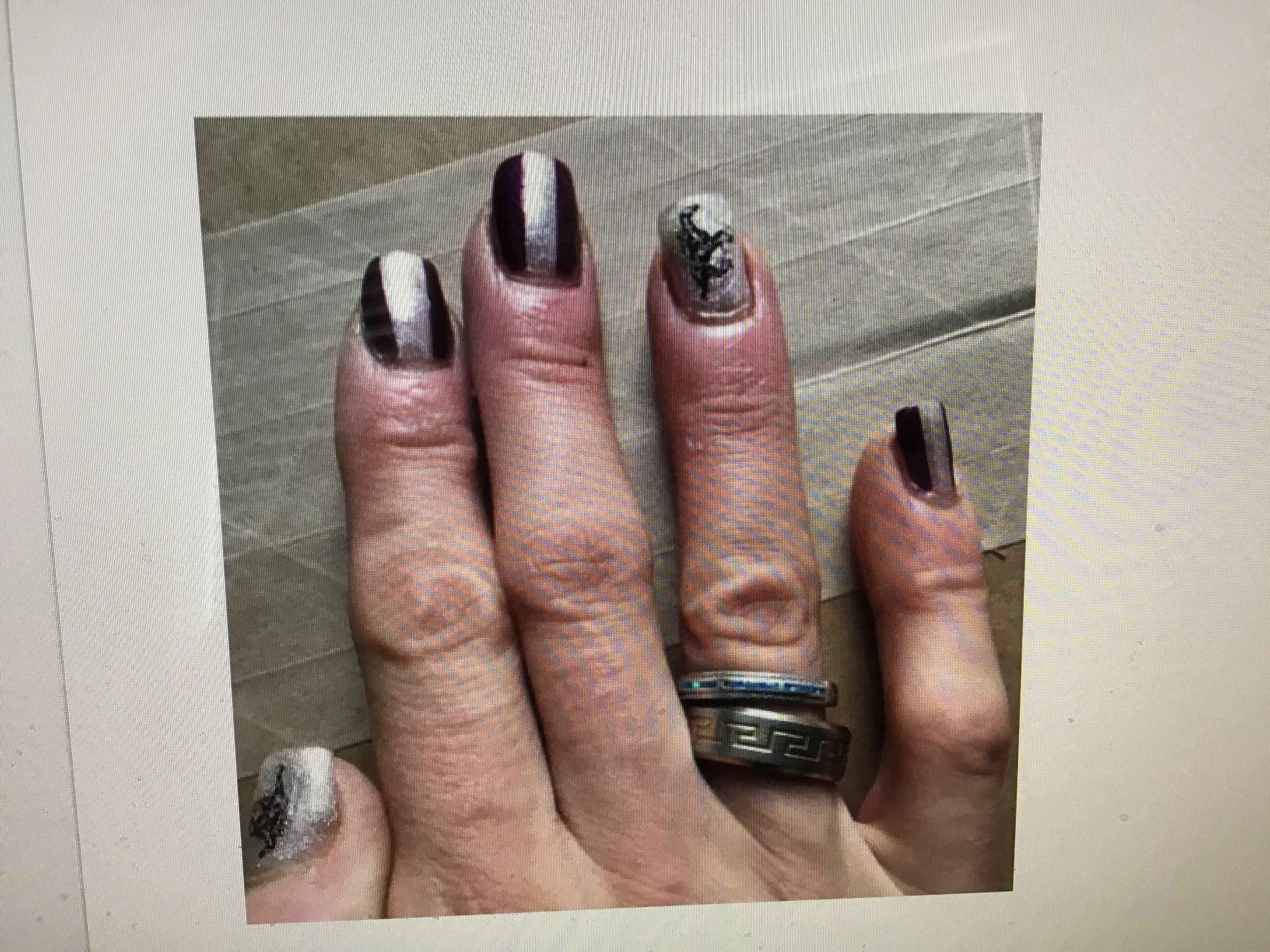 These are the bold colours she wears when competing on Colonel Whitehead, a handsome three-year-old colt, who broke her leg, and made up for it by launching her career.

It was mid-morning on February 21, when the Colonel reared up to avoid a loose horse, threw Ellie to the ground, and landed on top of her.

His enormous weight crushed her right leg, breaking both the tibia and fibula, and her dream of being a top  rider, faded fast.

A metal plate, and three metal pins were grafted into her leg in a three-hour operation at the Ridgeway Hospital in Swindon.

With this done, her immediate thought was to visit the Colonel on her wobbly crutches at Heather Main’s flourishing stable near Wantage, Oxon.

It marked the start of a full recovery, and a remarkable emotional union between horse and rider. 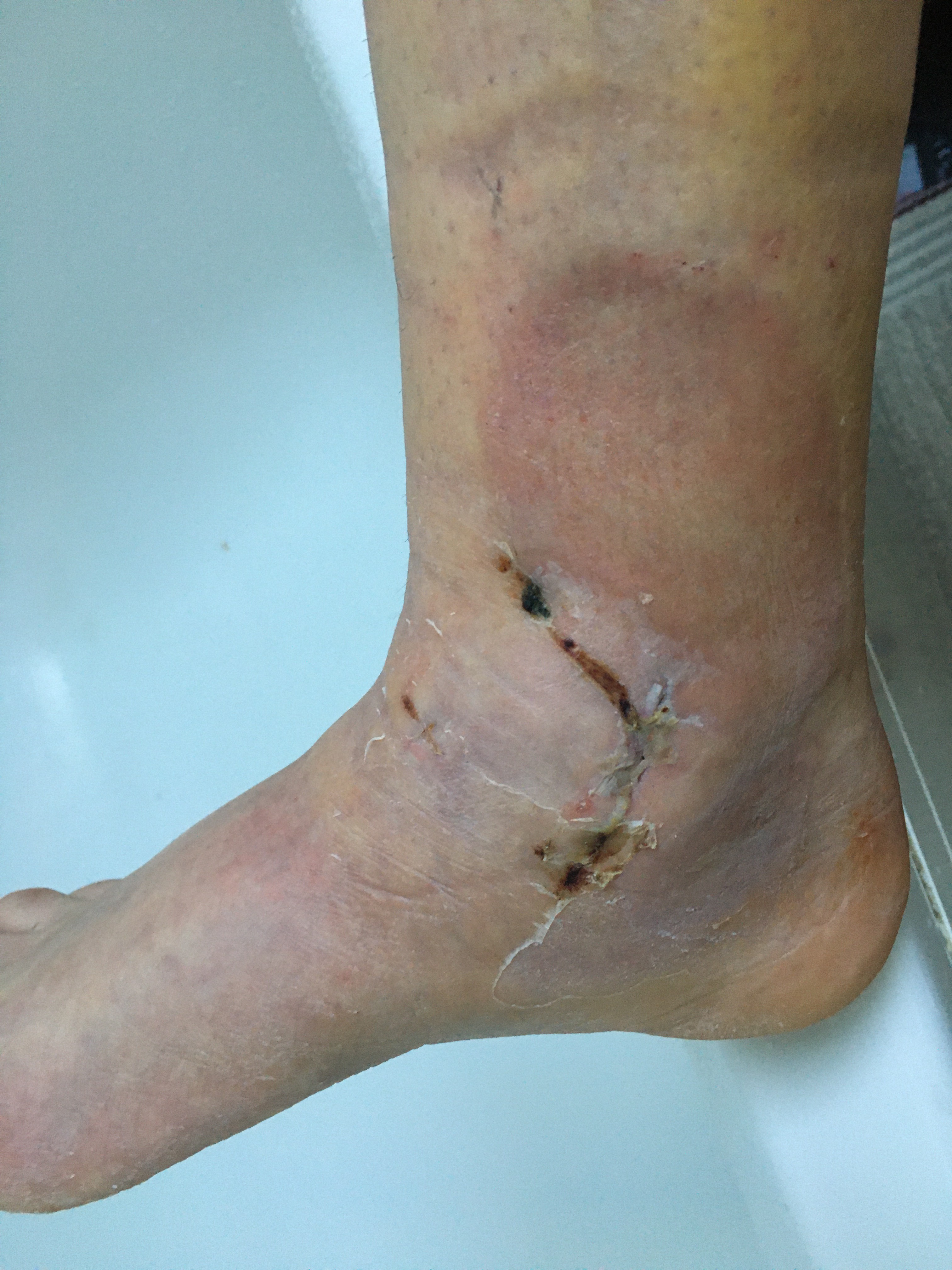 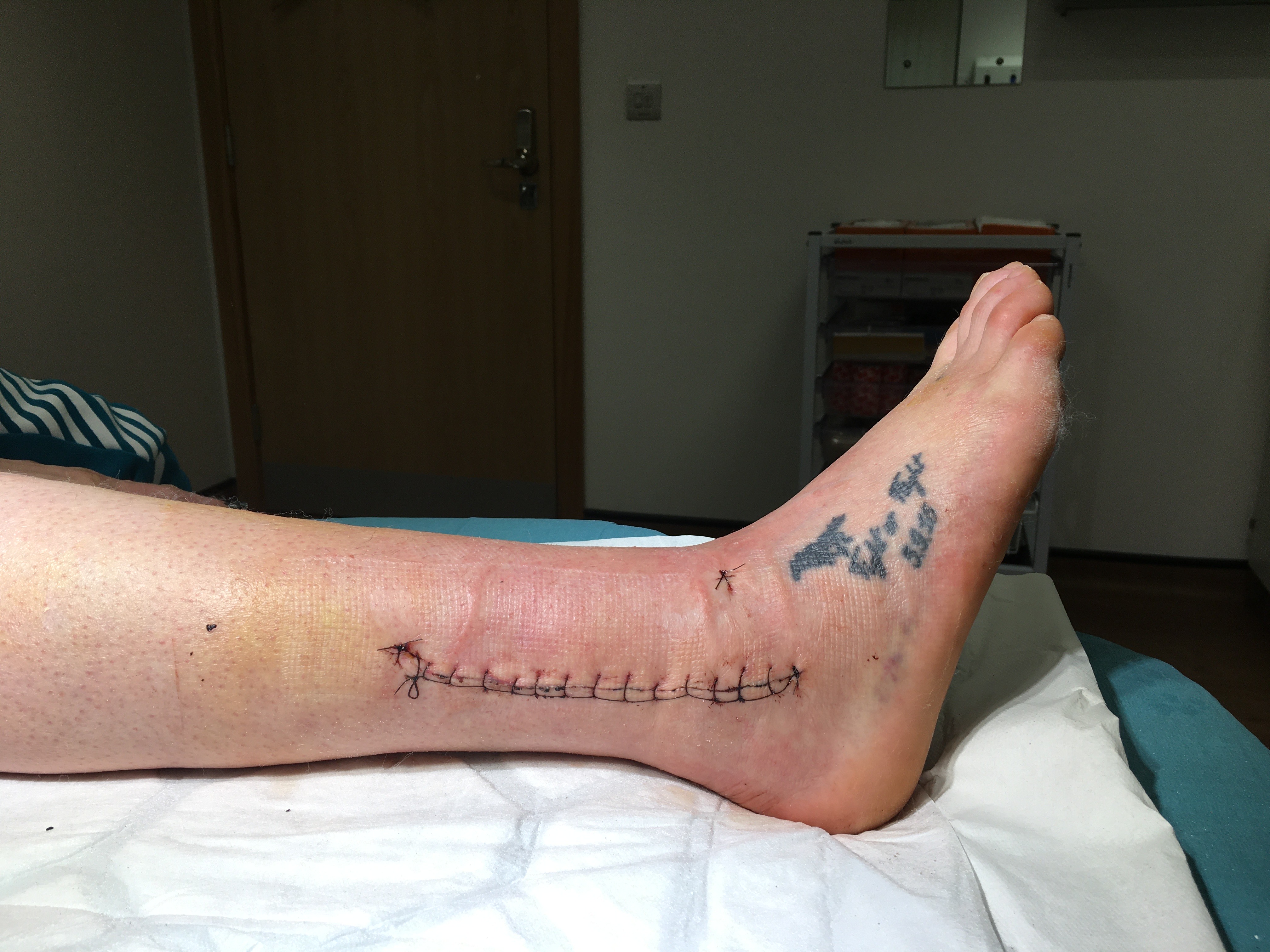 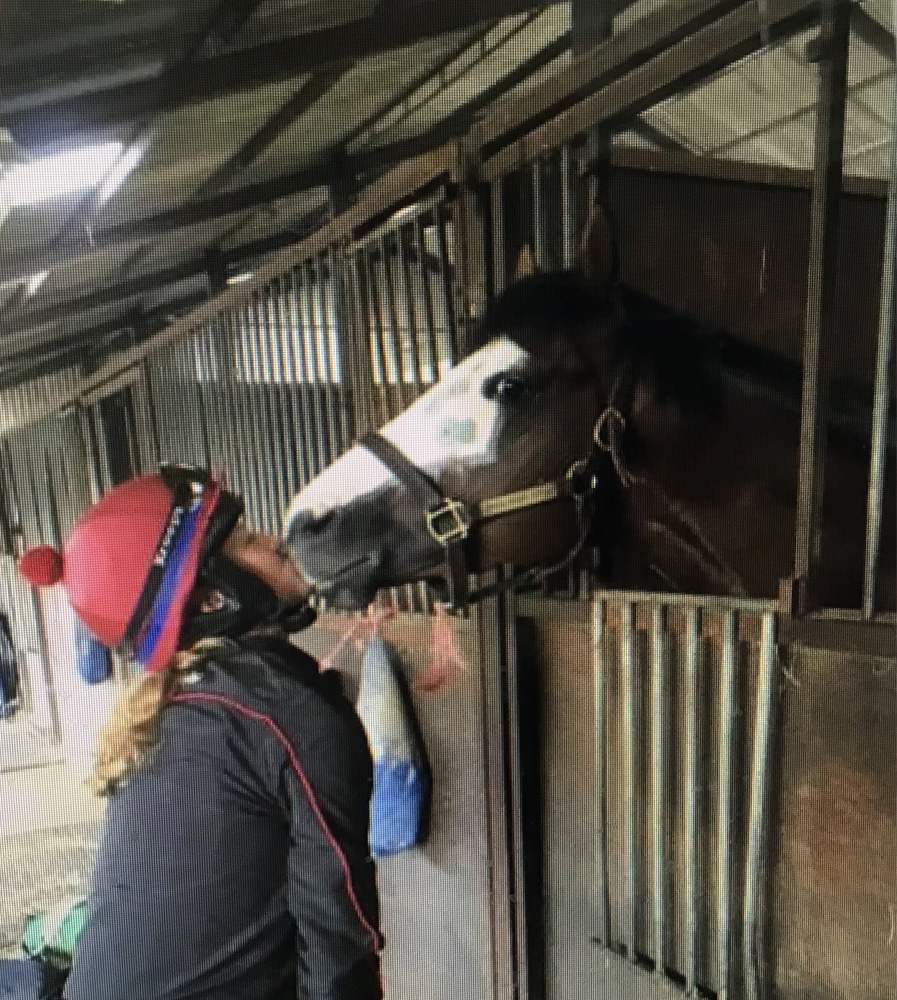 Ellie, 27, recalls: “I went straight in, gave him a huge kiss, and told him it was not his fault. He’d been frightened.

“If he could speak, I know he’d have said ‘sorry’, but chided me for falling off.

“I felt rotten, but not daunted. I still had a burning ambition.”

When fit to ride, Ellie went back to the stable, and gave the Colonel his marching orders…

“Chuck, as he’s known, was thrilled to see me back, but wouldn’t let me put his head-collar on unless I let him hold the grooming brush in his mouth first. Some things never change!”

Ellie and the Colonel were reunited at Sandown in July, winning at a thumping 22-1, and this special partnership continued to prosper with two more victories, delighting punters with a £25 profit to a £1 stake.

They have now won five times together, and Ellie says: “I repay him by smuggling in a few treats, like carrots and apples, and take him out for an extra pick of grass.

“Every jockey starting out dreams of a horse like Colonel Whitehead to get them noticed.

“It’s not just about winning, it’s the partnership we share.

“He’s helped me to be noticed by lots of owners and trainers, and got my career into gear.

“Everyone who meets him, loves him. And he’s even got his own Facebook fan page.”

Ellie has now ridden 21 winners, and besides Chuck, she thanks trainers Heather Main and Mark Usher, the Newmarket racing school, the physios and nutritionist at the Oaksey House injured jockeys clinic in Lambourn, Berks., her jockey coach, John Reid,  agent, Andy Lewis, and partner, Ceiran Jones, who kept her sane during Lockdown in March.

With a broad smile, Ellie says: “I stand to attention, and salute the Colonel, every morning I see him. He’s turned my life around.

“We enjoy a very special bond, and I’m incredibly lucky to be part of his career.”

And long may it continue…