ENGLAND'S Rugby League World Cup opener was halted for close to 10 minutes after a horror injury to Tyrone May.

The Samoa star was stretchered off the pitch at St. James' Park to a standing ovation. 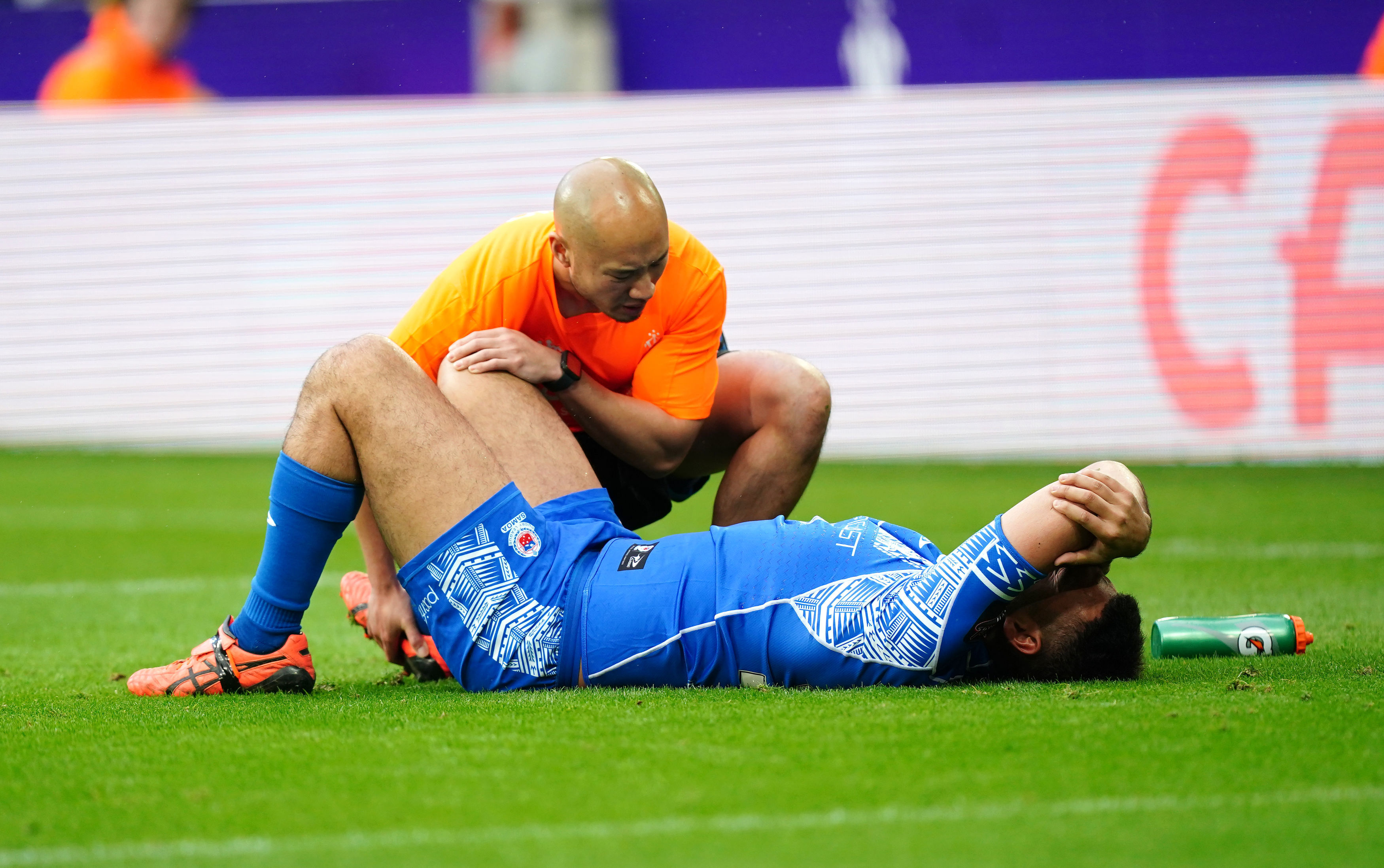 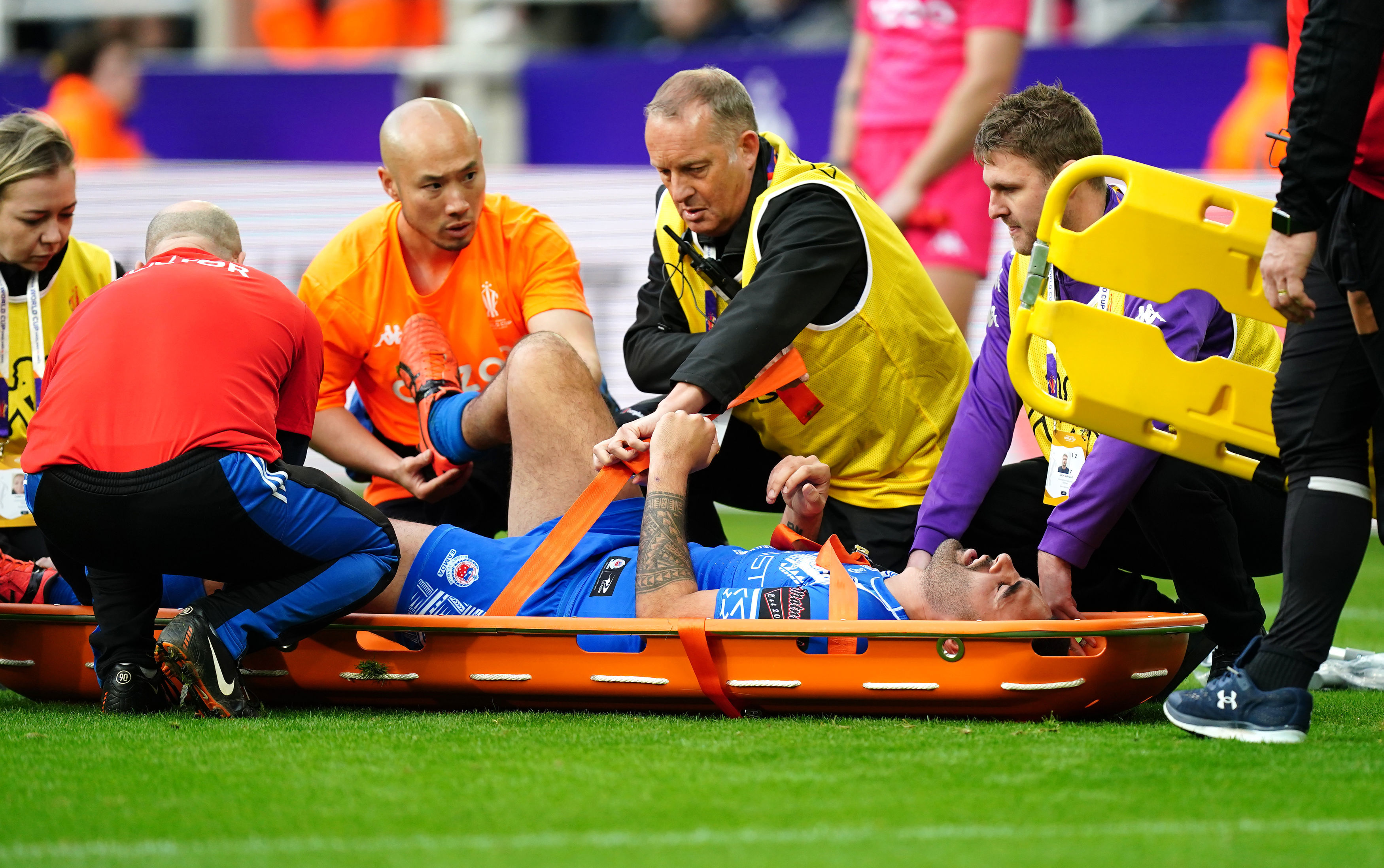 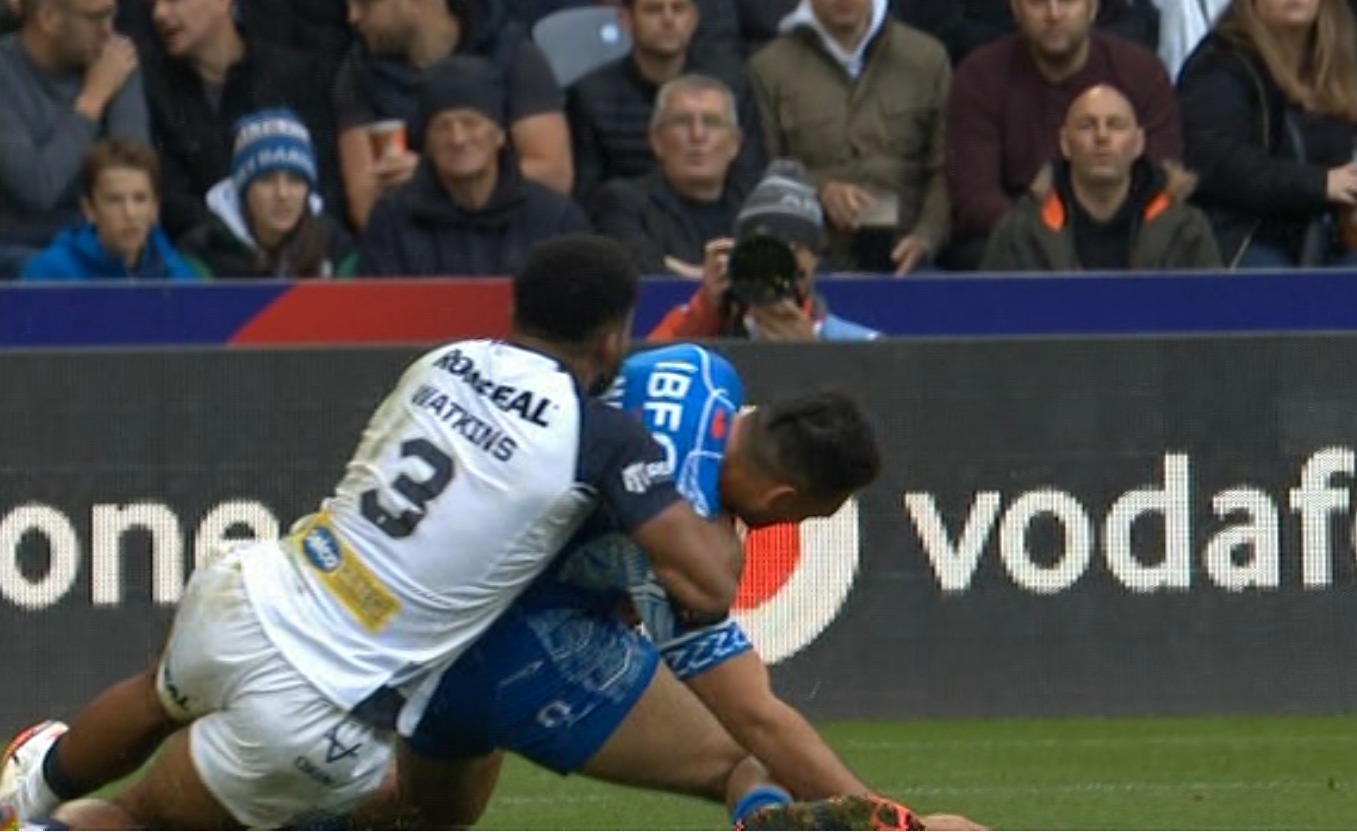 May twisted his knee nastily as he was tackled by England ace Kallum Watkins just after half-time.

The 26-year-old Catalans Dragons star then stayed down on the floor in pain.

It looked as though May's knee buckled under the weight of the challenge from Watkins.

Physios were quickly called on to the pitch to tend to the stricken Samoan. 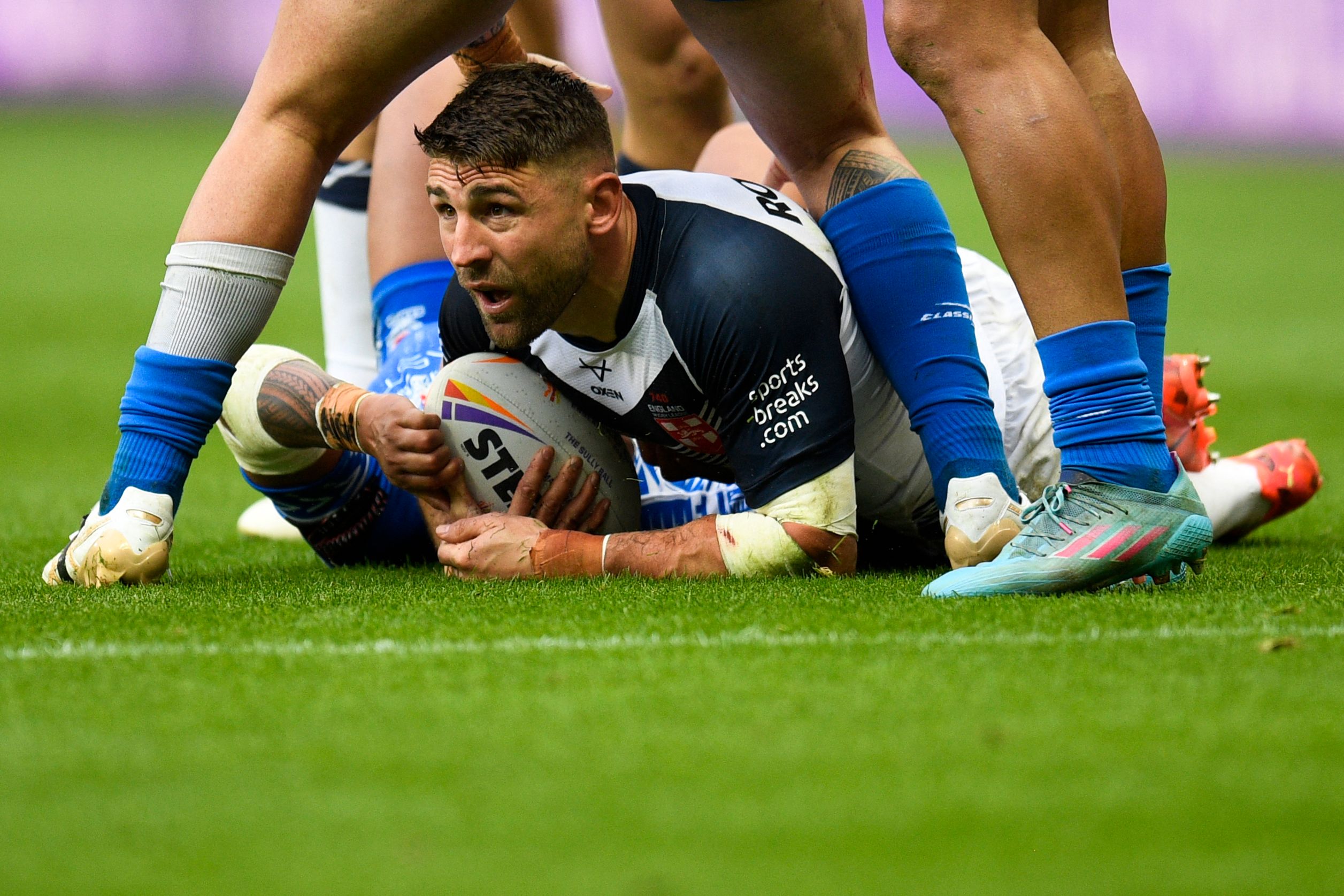 Williams adds another try as Red and Whites dominate in Newcastle

Concerned medics held his knee before calling for the stretcher to come on.

Eventually May was loaded onto the stretcher and taken off, with play restarting close to 10 minutes after he originally went down.

Fans on social media were quick to send their well wishes to May after what looked like a tournament ending injury.

One wrote: "Hate to see that for Tyrone May, class player."

Another said: "Best of luck to Tyrone May, hope it's not as bad as it looks."

Watkins himself has suffered knee injuries in his career, and heartwarmingly made sure May was comforted while he received treatment.

After the game restarted England successfully kicked off their World Cup campaign with a crushing 60-6 win.

The tournament had earlier started in a shambles as the PA system at St. James' Park cut out while the Kaiser Chiefs were performing. 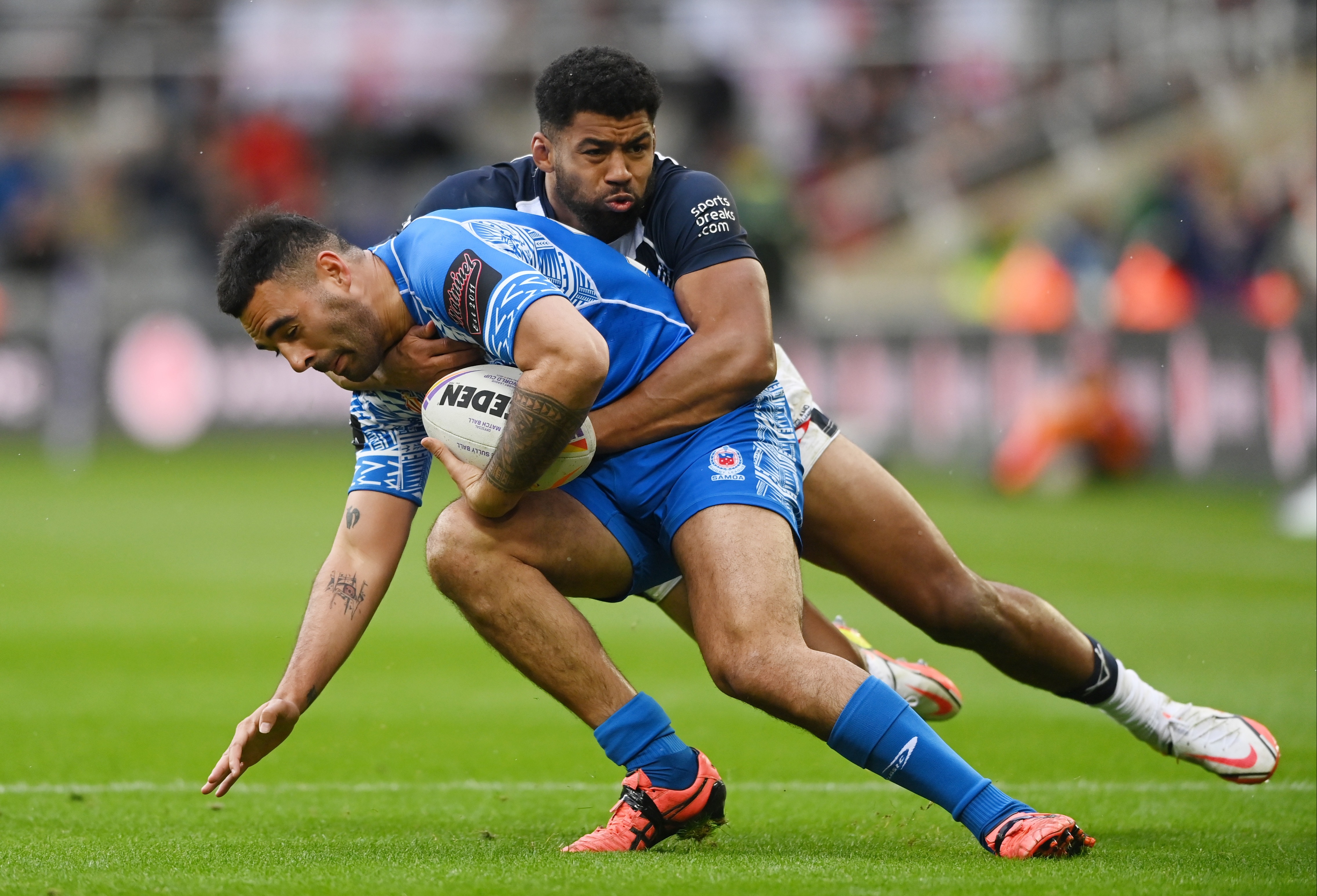 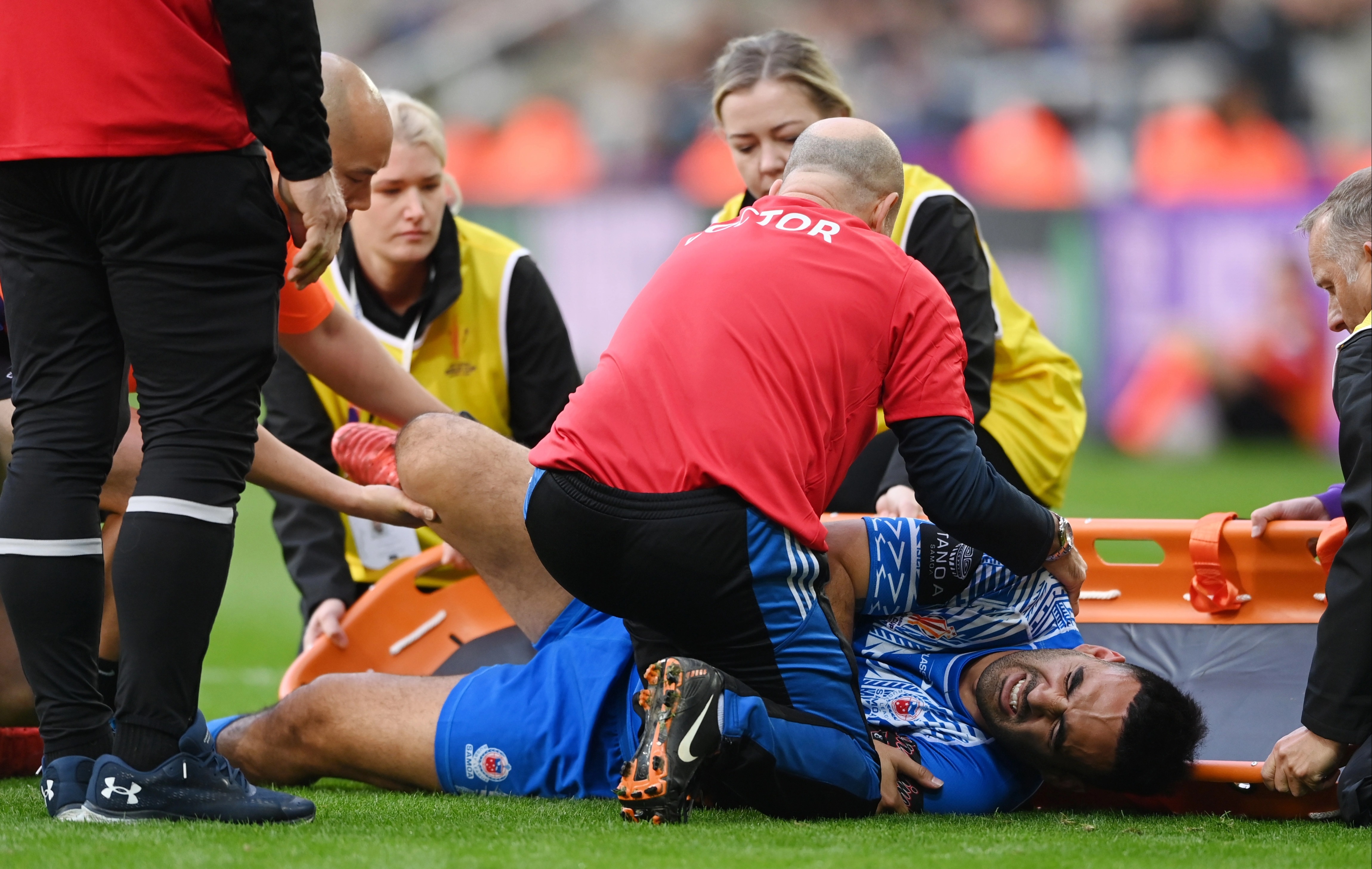