JOE ROOT and Jos Buttler both scored centuries and England piled up a juicy total of 334-9. So what’s the problem?

The problem was a miserable, error-laden performance in the field which gifted Pakistan so many runs that even England’s blazing batsmen couldn’t make up the deficit. 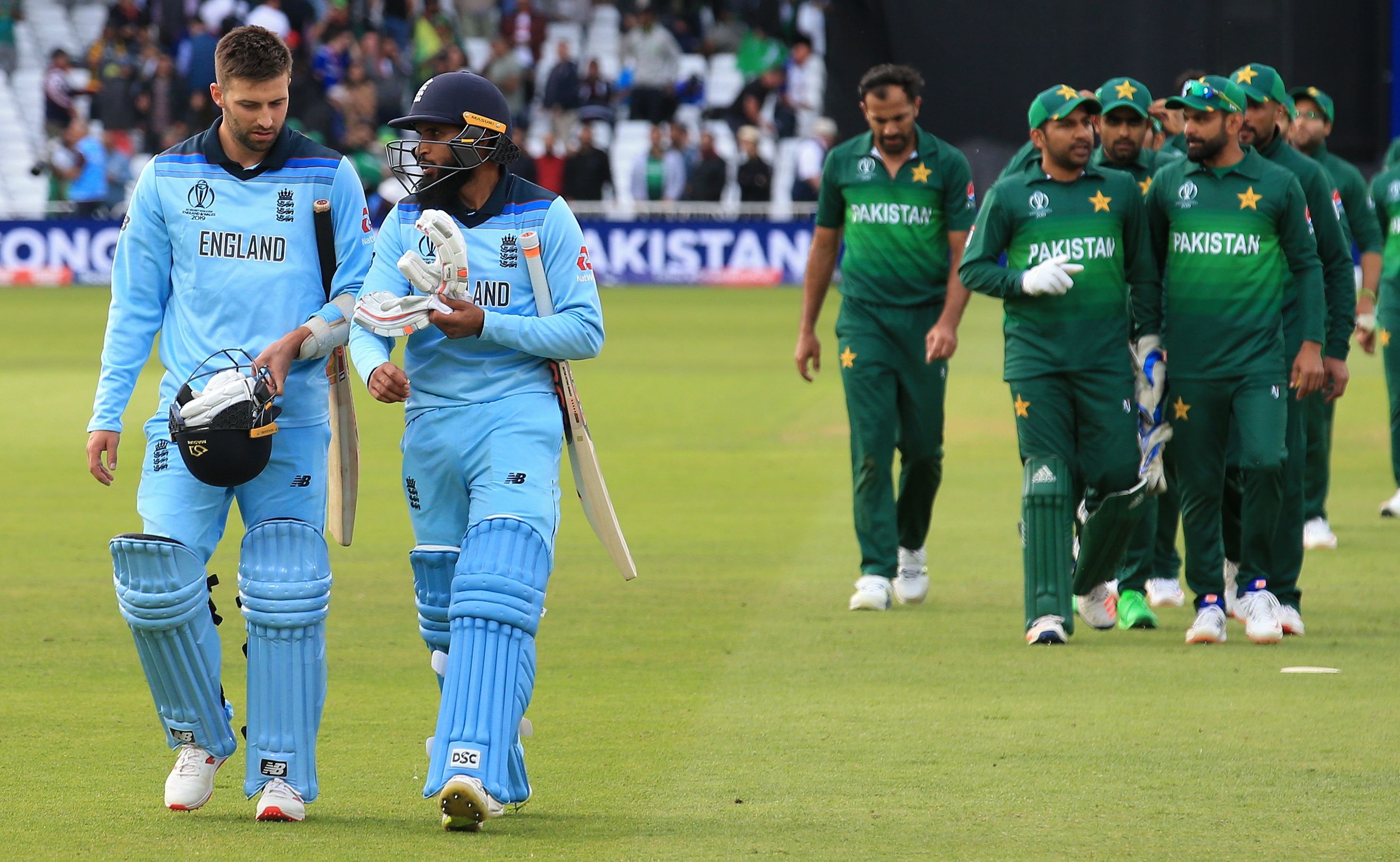 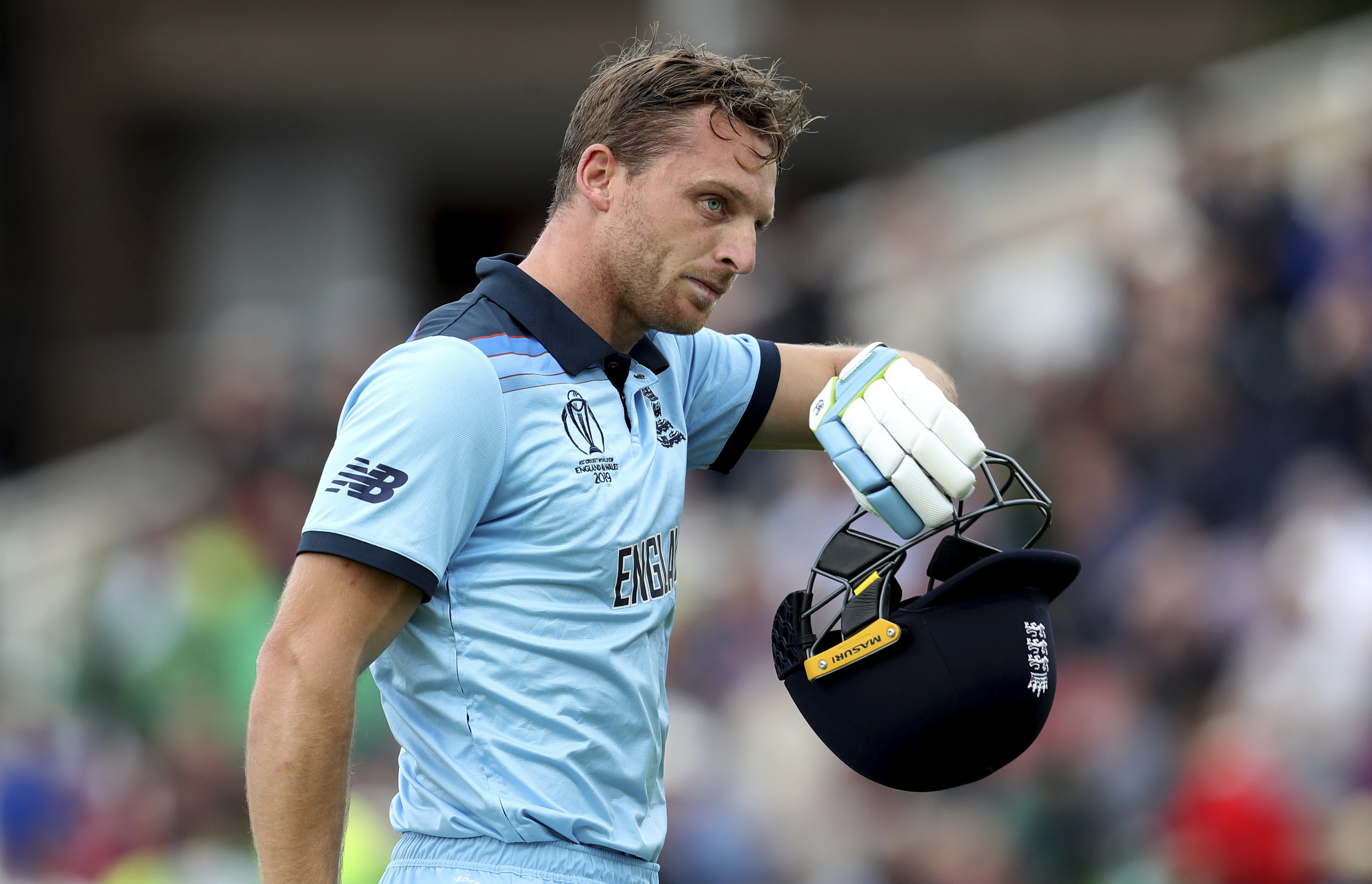 Suddenly, after the euphoria of Ben Stokes’ catch and a crushing win over South Africa in their World Cup opener, Eoin Morgan’s men face a mini-crisis.

They sure can’t afford many more mishaps against teams they are expected to beat.

And, to make matters worse, Morgan could be banned from England’s next two matches because of his team’s snail-paced over-rate. The captain will discover his fate this morning.

So England lost their second World Cup match by 14 runs at Trent Bridge and their next game against Bangladesh on Saturday now takes on huge significance.

England overcame Pakistan four times out of four in the one-day series last month and the men in green had lost their 11 previous 50-over matches – including a humiliation at the hands of West Indies on the same ground last Friday.

England’s blundering effort in the field was almost impossible to understand.because they were so brilliant against the Proteas last Thursday.

It was their most butter-fingered performance for many years.

There were ten misfields that cost runs not to mention two lots of overthrows, various other fumbles and a dropped catch by Jason Roy that reprieved Mohammad Hafeez when he had scored 14 of his 84 runs.

Even Root and Buttler, scoring the first two centuries of the tournament, were unable to compensate for all the fluffing. But for the fielding shockers, England would surely have won. 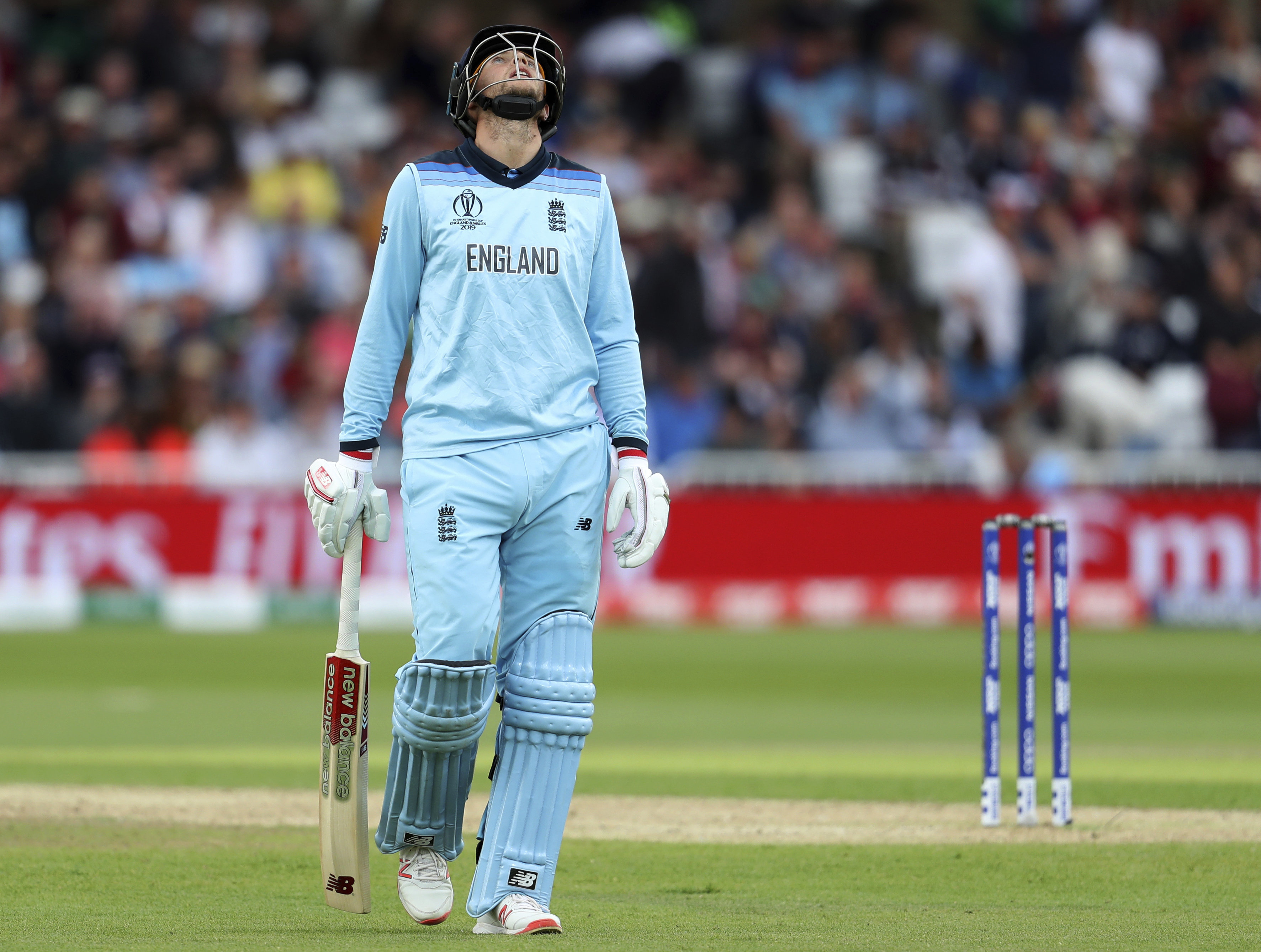 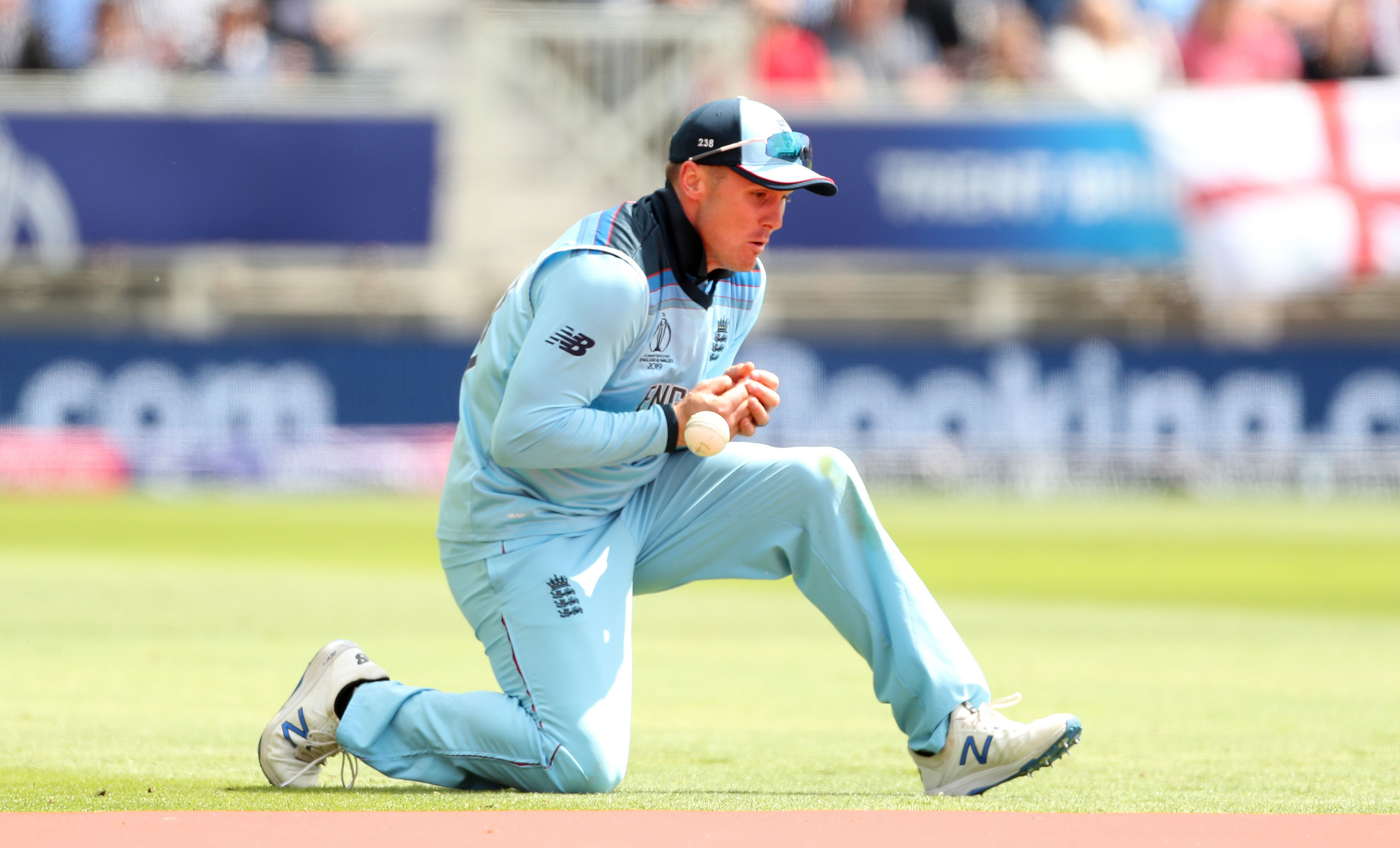 They put on 130 in 95 balls for the fifth wicket and were swinging the match England’s way. But Root and Buttler were both caught at backward point and departed fearing that even scoring centuries was not enough.

There was some needle in the match with some verbals flying around and England’s batsmen apparently concerned at the state of one of the two balls with which Pakistan bowled.

The umpires told captain Sarfaraz Ahmed that his players must allow a maximum of one bounce when throwing from the deep. A scuffed ball encourages reverse swing and that appeared to be England’s worry.

But, truth is, the ball hardly deviated and England’s fielders also bounced throws in from the boundary.

England’s blunders started in the opening over when Morgan allowed the ball to escape his grasp and skip to the boundary.

The single most significant error came when Roy settled under a skier offered by Hafeez off Adil Rashid but somehow the ball popped out of his hands. Hafeez sure made Roy and England pay.

In his fury at the drop, Roy hurled the ball into the ground when making a stop in the next over.

This was a different Pakistan from the team obliterated by West Indies fast bowlers just 72 hours earlier. Then, they were routed for just 105 all out and seemed shell-shocked. Now they scored 348-8 and their body language screamed energy and determination. 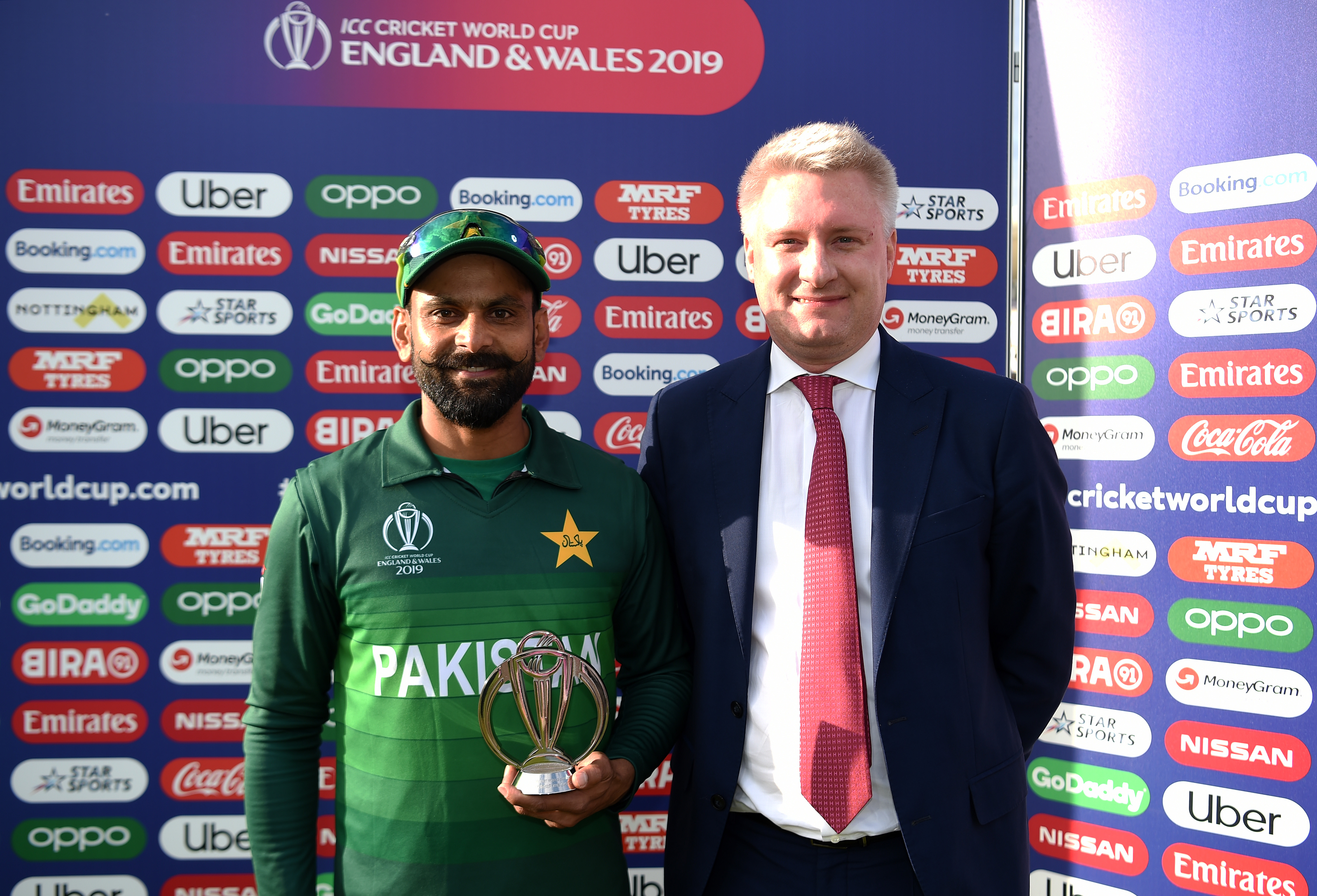 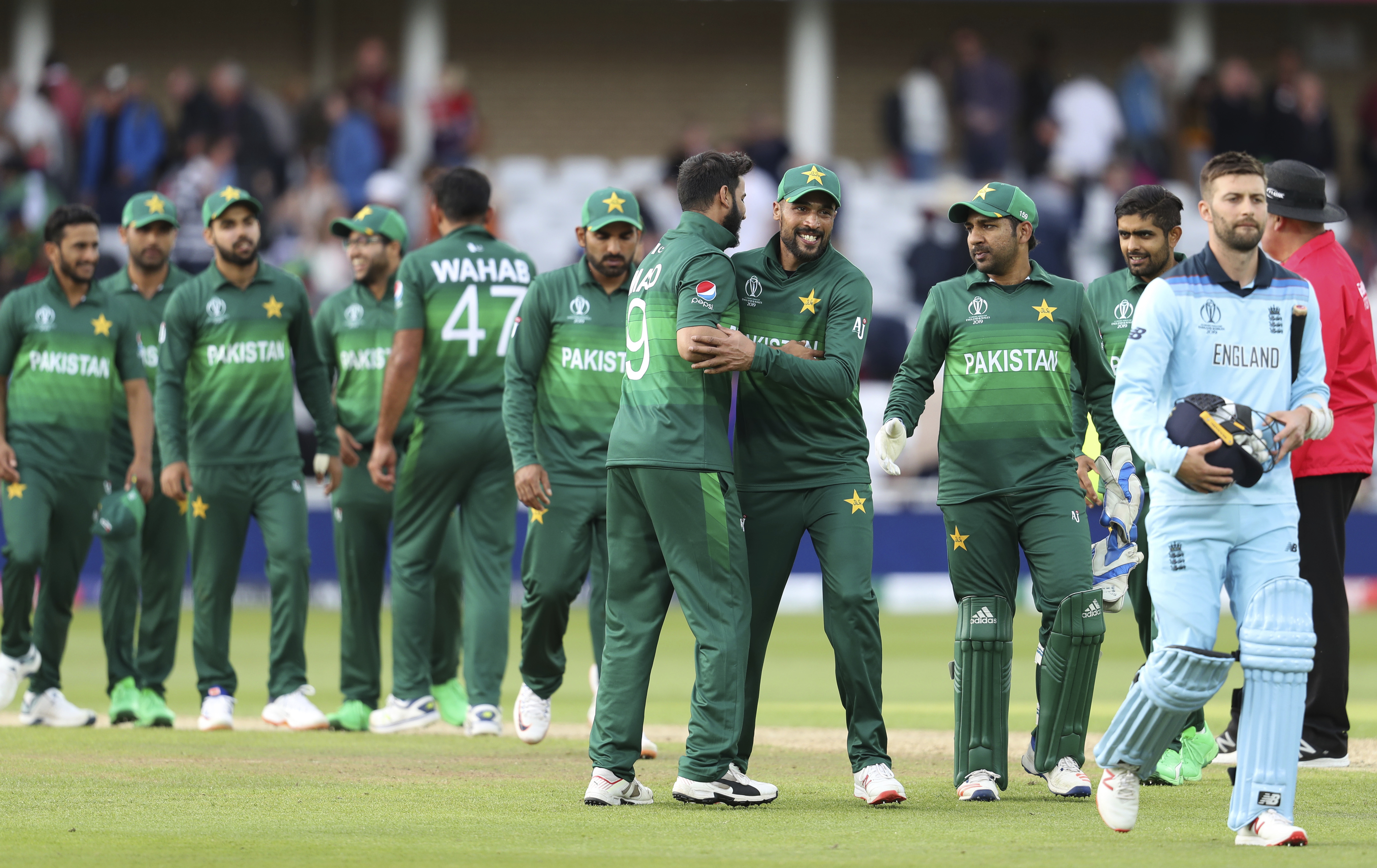 That’s Pakistan for you – the most unpredictable cricket team in the world.

The lowest score in Pakistan’s top five was 36 as they played with freedom and none of the apprehension they displayed against the Caribbean quicks.

Jofra Archer endured his first difficult day for England, conceding 79 runs in ten wicketless overs. Once, he argued with the umpires when a wide was signalled. Another time, Ben Stokes kicked away the ball in frustration after another sloppy piece of fielding.

England were ticking and displaying open exasperation at their own incompetence.

On the radio, Michael Vaughan described their fielding as “appalling’ while Graeme Swann liked it to an under-11 team.

Chris Woakes did manage to take three catches in the deep and one off his own bowling and became the first non-wicketkeeper for England to hold four catches in a one-day innings.

England’s openers were again confronted by spin in the first over of their innings. Jonny Bairstow was out for a golden duck against South Africa and now Jason Roy was lbw to leggie Shadab Khan for just eight. Roy wasted a review, too.

Bairstow was caught behind, Morgan bowled by Hafeez and Stokes also caught behind. If Root had been caught for nine – he was badly spilled by Babar Azam at slip – England would have lost by a greater margin.

Once Root and Buttler were dismissed, the lower-order were unable to hit the boundaries required. But England’s post-mortem will all be about their terrible fielding.