Ex-NHL enforcer calls for ban on fighting in youth sports 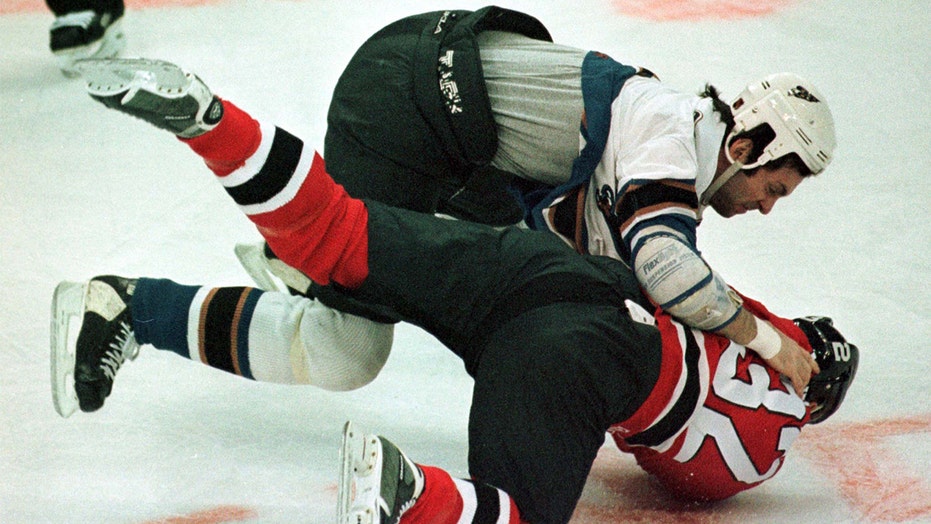 Once an NHL enforcer, Enrico Ciccone is now petitioning to eliminate fighting in sports for minors.

Ciccone, a former NHL defenseman turned-politician in Canada, presented a piece of legislation to the National Assembly in Quebec on Wednesday that would ban fighting in non-combat sports for athletes younger than 18, the Montreal Gazette reported.

“Of course some people will say ‘look at this guy, he’s a hypocrite," Ciccone told the newspaper. "He made a bunch of money and now he wants to change things.’ Of course, I do. And I’m probably the best guy to do it. I’ll raise that flag for the safety of our kids, any time of the day." 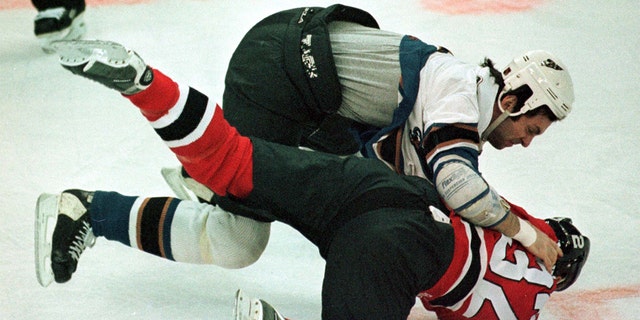 Washington Capitals’ Enrico Ciccone (top) throws New Jersey Devils’ Sasha Lakovic down to the ice as the two tangled in the first period at MCI Center December 30. Lakovic received a five minute fighting penalty, and Ciccone, five minutes also, plus a 10 minute misconduct for hitting Lakovic while both players were restrained by the officials. (Reuters)

THE BIG TEN’S RETURN GAME COULD WIN YOU MONEY. HERE’S HOW

The adverse health effects caused by concussions is why the ban should be put in place.

"We continue to let our 15, 16 and 17-year-olds hit each other when we know the impact of concussions on health,” Ciccone said according to CTV News.

He's seeking to ban fighting in youth sports by law because sports leagues have not done so. A youth hockey league in Canada did however increase the penalty for fighting from 5 minutes to 15 minutes, according to CTV News.

“It is absolutely unacceptable," Ciccone said. "If sports organizations do not have the will to protect our young people in order to send a clear and unequivocal message by banning them completely, it is up to us, as legislators, to make sure we go as far as possible to protect them."

Ciccone was drafted by the Minnesota North Stars, which are now the Dallas Stars, in 1990. He played for the Washington Capitals, Tampa Bay Lightning, Chicago Blackhawks, Carolina Hurricanes and Vancouver Canucks before retiring in 2001 with the Montreal Canadiens.

He was never able to win a Stanley Cup but Ciccone was known for his hard knocks playing style. In his 374 professional games played, Ciccone racked up 1,469 penalty minutes.