Brian Kelly fired back at the suggestion that the coach on the sideline for Notre Dame would carry weight when the College Football Playoff selection committee makes a decision on its final four.

Selection committee chair Gary Barta made the suggestion after the latest Top 4 rankings were released Tuesday and after Kelly bolted Notre Dame for LSU. At the time, Notre Dame hadn’t named an interim coach or a new head coach. 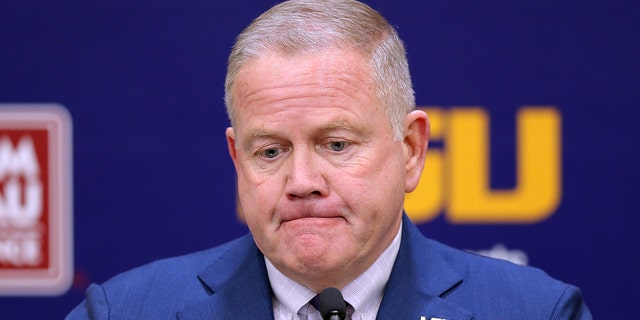 Brian Kelly speaks after being introduced as the head coach of the LSU Tigers Dec. 1, 2021 in Baton Rouge, La.
(Jonathan Bachman/Getty Images) 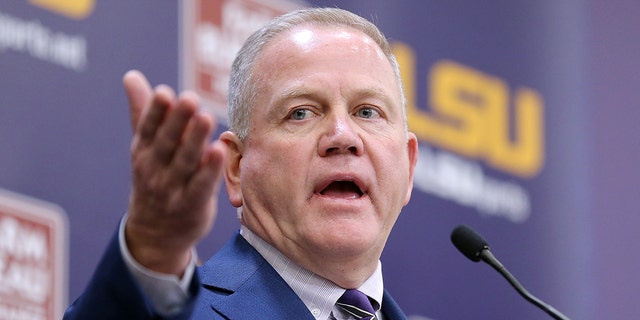 Brian Kelly speaks after being introduced as head coach of the LSU Tigers during a news conference at Tiger Stadium Dec. 1, 2021 in Baton Rouge, Louisiana.
(Jonathan Bachman/Getty Images)

Later on “Gameday,” Barta appeared to change his tune when it came to whether Notre Dame’s coach would affect its standing in the playoff selection process.

“I’d be really surprised if it factors into the conversation at all,” he said Saturday, via WXYZ-TV. 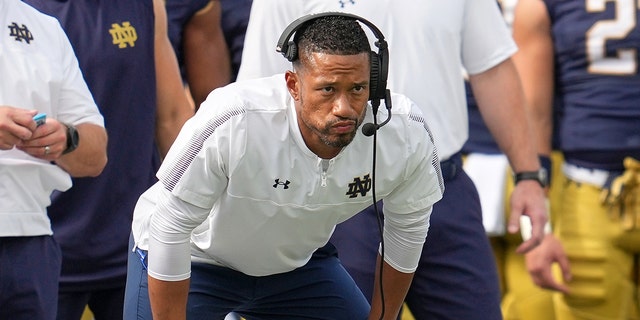 Notre Dame is ranked No. 6 in the latest CFP standings and is 11-1 with its only loss coming to Cincinnati. The Fighting Irish don’t have a conference championship to play for, so they will need some losses in the Top 4 Saturday to help their standing.