FEMALE stars of WWE, UFC, and AEW are flooding social media with spectacular bikini shots as beach season draws near.

Paige VanZant, Mandy Rose, and Lana are among the top-tier fighters who have been enjoying the sun and sharing snaps with eager fans. 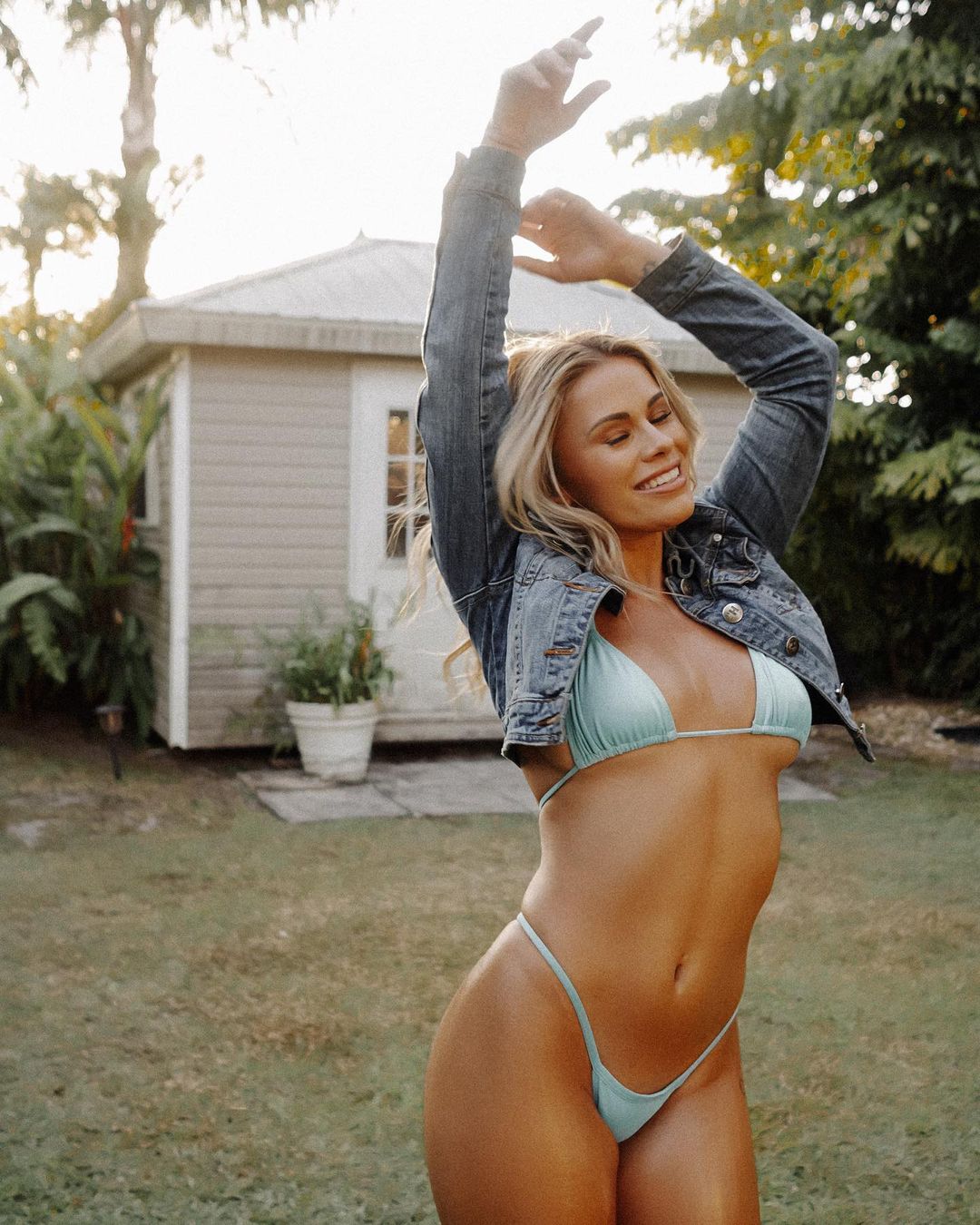 Paige VanZant famously said she makes more money "sitting at home and posting to Instagram" than when she fought in the UFC.

Her 2.8million fans certainly appreciate the updates, as she treats them to jaw-dropping glam shots across social media, including this light blue bikini paired with a denim jacket uploaded this week.

Since leaving the UFC last year, the star has made a huge impact with her exclusive content at PaigeFanZant and often uses her social media to push users toward the subscription site.

Lana, whose real name is CJ Perry, recently shared a "photo dump" on Instagram, including this sizzling snap in an orange bikini.

The WWE wrestler often poses for photoshoots, having been able to parlay her wrestling fame into a career as a fashion influencer.

She is currently in a tag team with Naomi, competing for theChampionships on RAW.

Her husband Miro, a former WWE star, recently won his first AEW Championship in early May. 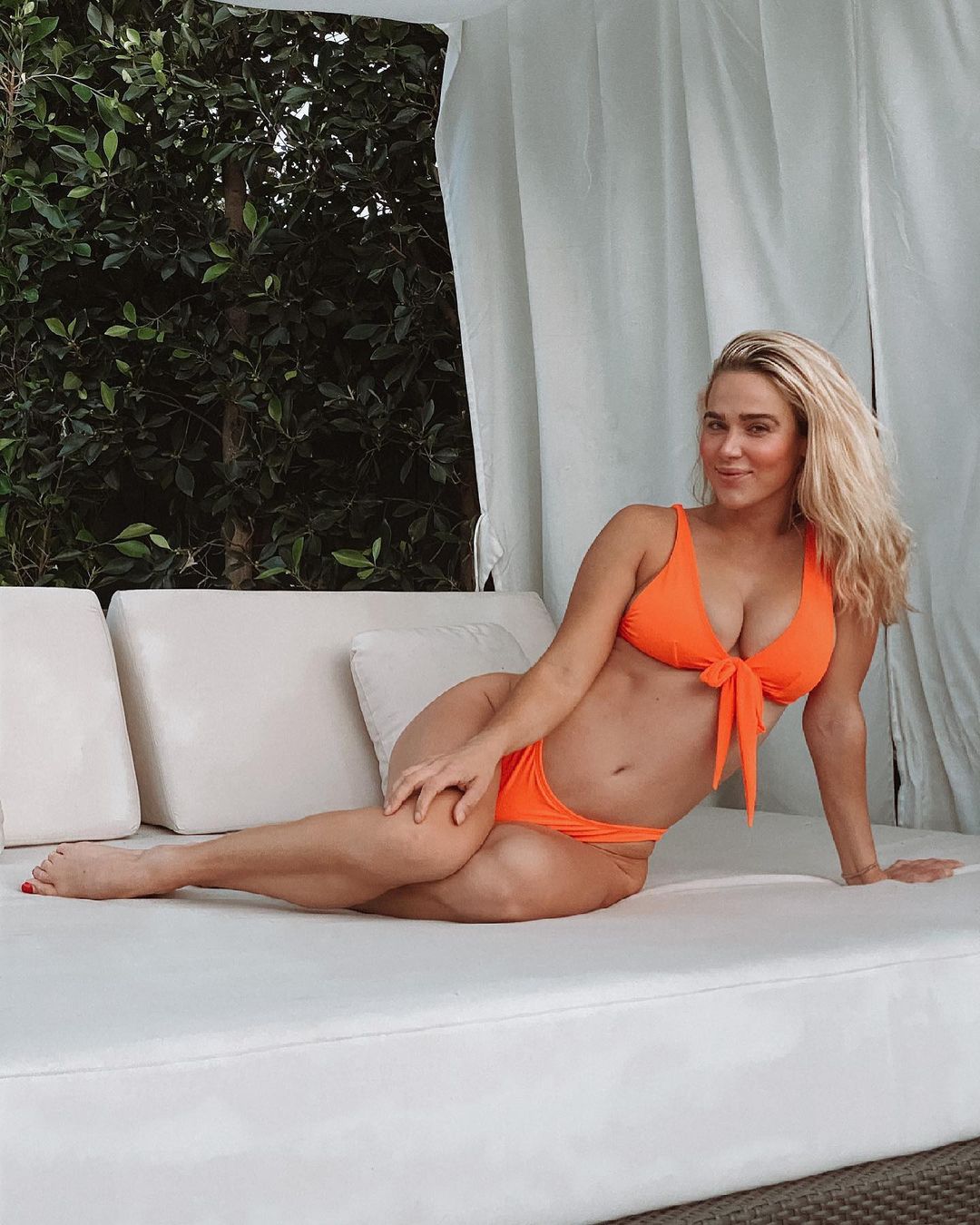 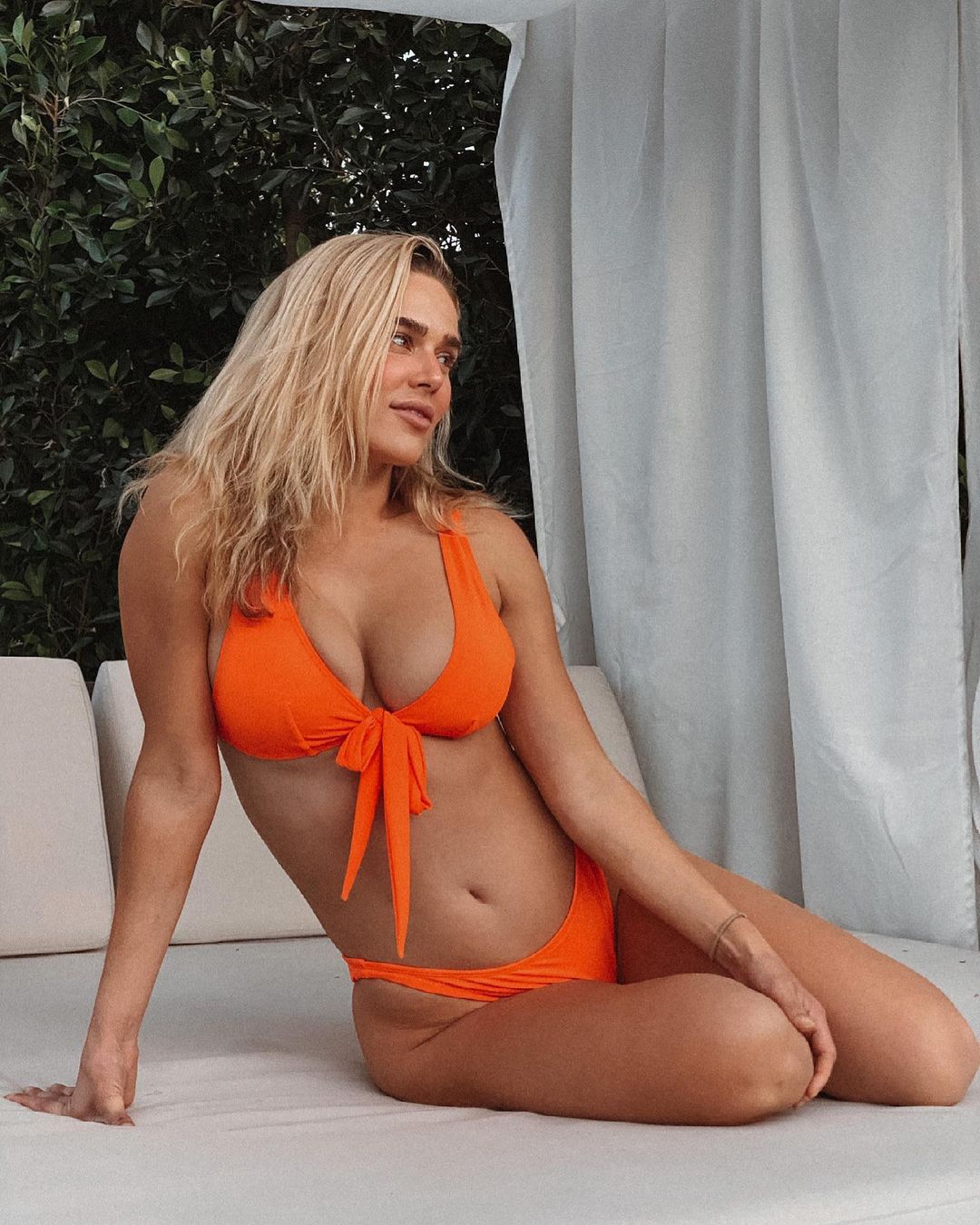 The former fitness model is no stranger to showing off her impressive physique and even suffered a "wardrobe malfunction" at Wrestlemania 37, forcing the coverage to briefly fade to black.

Despite the mishap, the 32-year-old was soon back on social media posting sultry bikini shots by the pool.

Similar to Lana, Brooke is hoping to capture the Tag Team Championships on RAW competing alongside partner Mandy Rose.

Like Brooke, Mandy Rose got her start in fitness modeling before joining WWE.

She won the WBFF Bikini World Championship in 2014.

Rose suffered an unfortunate slip while walking to the ring during the recent Wrestlemania due to a slick ramp.

Yet the 30-year-old seemed to be over the mild embarrassment showing off her envious body on Instagram Sunday wearing a green bikini in a mirror selfie. 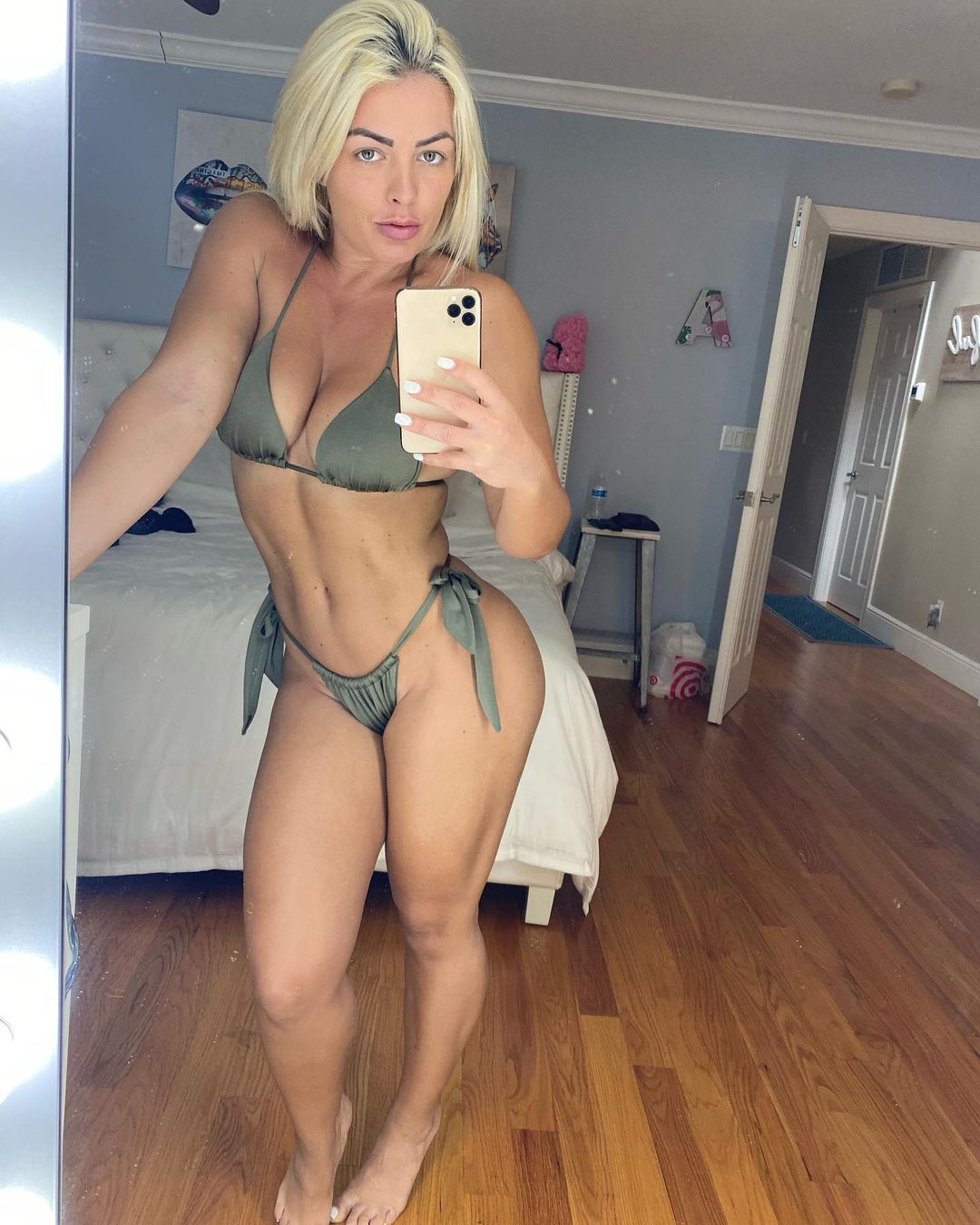 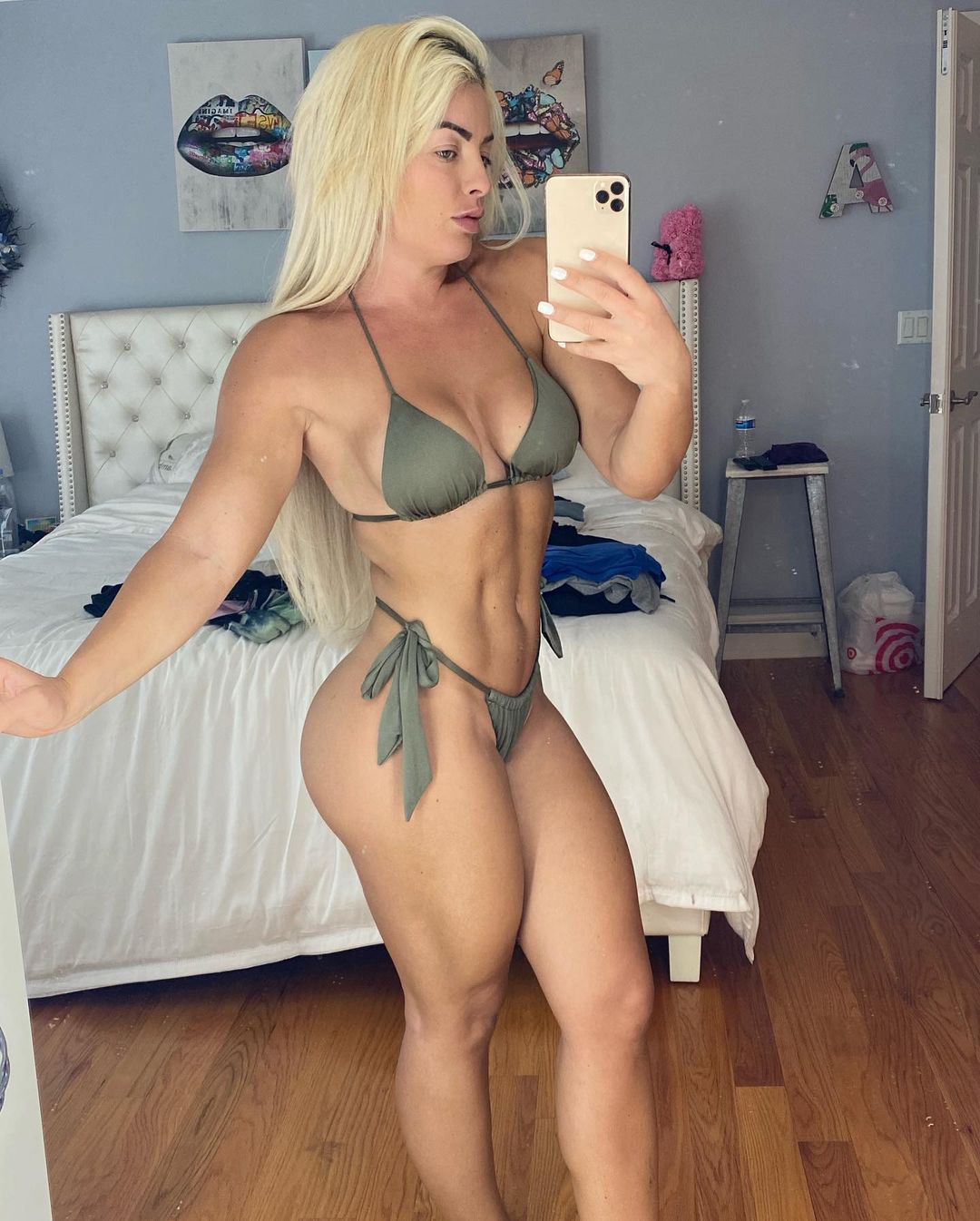 Green made headlines when she released from the company in April along with ten other superstars.

This has not stopped the bikini enthusiast from treating fans to pool-side snaps.

She shared this sensational pink bikini shot this week while enjoying a Mexican vacation with her fiance and fellow wrestler Matt Cordona. 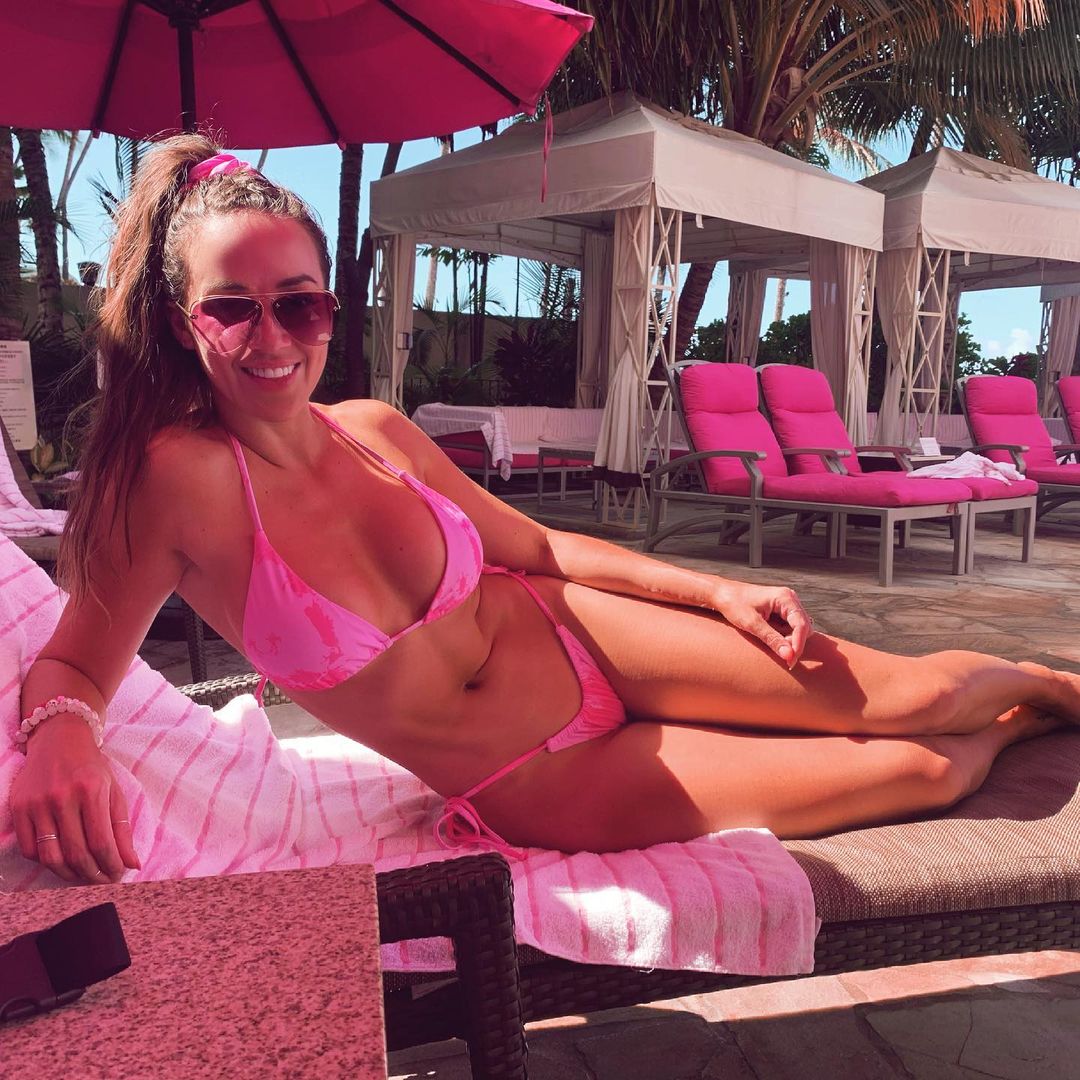