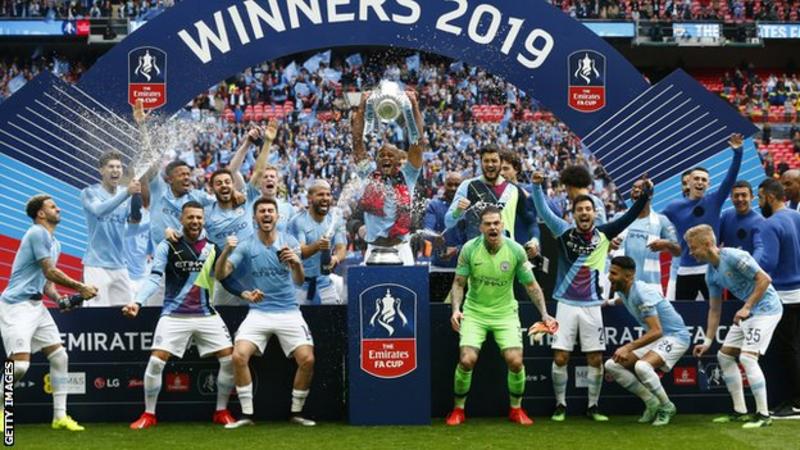 Holders Manchester City will travel to Newcastle United in the FA Cup quarter-finals.

Arsenal, who have won the FA Cup a record 13 times, visit Sheffield United while Chelsea, who last won it in 2018, are away to Leicester.

The final game sees the winner of Tottenham and Norwich host either Manchester United or Derby, who play on Thursday.

The matches will be played across the weekend of 21 and 22 March.

Pep Guardiola’s City side progressed to the last eight with a 1-0 win at Championship side Sheffield Wednesday to continue their quest for a domestic and European cup treble.

Arsenal had become the first team in the hat when they beat League One Portsmouth on Monday, while Sheffield United progressed to the quarter-finals for the first time since 2014 with a 2-1 extra-time win at Reading.

Chelsea beat runaway Premier League leaders Liverpool 2-0 on Tuesday thanks to goals from Willian and Ross Barkley while Leicester edged out Championship side Birmingham 1-0 thanks to right-back Ricardo Pereira’s late header.