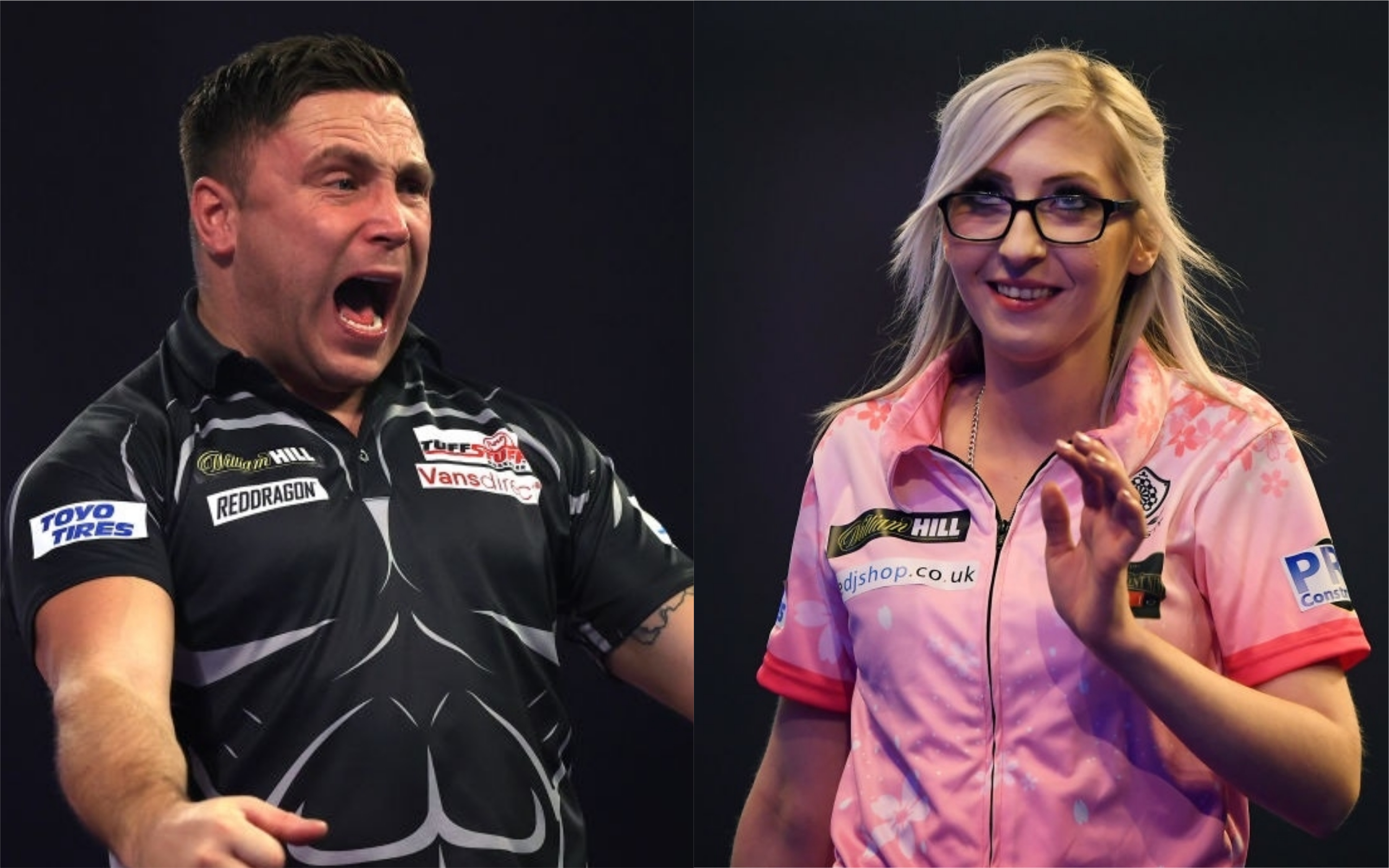 Fallon Sherrock is relishing the prospect of facing Gerwyn Price at the World Darts Championship this year, wanting to test her skills against the world champion on the biggest stage in the sport.

A lot has to happen for the Queen of the Palace and the Iceman to meet, but they are in the same quarter of the draw and could clash in the third round.

Sherrock has to down Steve Beaton in round one and then Kim Hubrechts in round two, with Price ousting either Ritchie Edhouse or Peter Hudson to reach round three, So the Welshman is expected to make it, while Fallon will have to upset the odds to join him.

The 27-year-old is hoping to will it into existence, confident of beating any player that is put in front of her in north London.

‘I’m happy to play whoever, I know on my day I can compete with these people here. I can hit 1– average the same as them,’ Sherrock told Sky Sports.

‘I’m always going to go into any game confident I’m going to win.

‘This year, I have got Gerwyn in my draw, I really want to play the world champion.

‘I have had the privilege of playing the Lakeside world champion (Wayne Warren) this year so I would love to play the PDC world champion to see what run for his money I can give him.’

Price would not be relishing a clash with Sherrock as much as she is with him, previously saying that there is another level of pressure when facing a woman.

‘Obviously women can play darts, by no means that they can’t and you’ve seen that with Fallon, she’s a good player. But you try that extra bit harder to beat her and you put more pressure on yourself.

‘It is hard to play against a woman with the crowd up against you and I think that’s what happened with Ted [Evetts].

‘Fair play to him, I think he handled it fantastically well, didn’t moan, didn’t say anything, but I think on a different day in a different situation he wins those games. Fallon played really, really well but sometimes the crowd doesn’t help.’