Fans rage over 'harsh' £24.95 pay-per-view cost for Tyson Fury trilogy with Deontay Wilder despite '5am fight'

TYSON FURY and Deontay Wilder's trilogy bout will be priced at £24.95.

But some fans, who will need to either stay up or wake up to watch it in the early hours of the morning, have hit out at the 'harsh' cost. 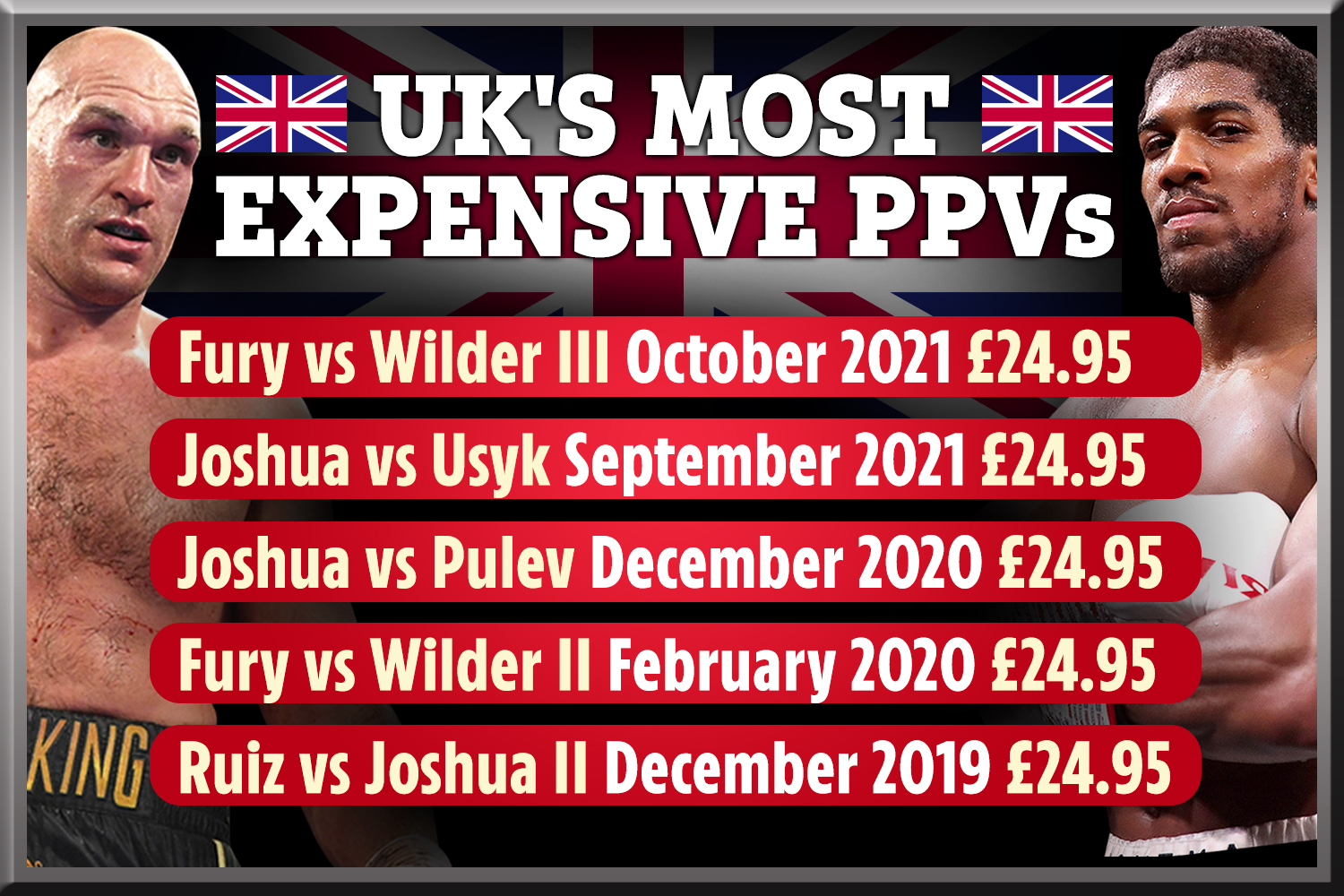 Fury will fight Wilder for a third time on October 9 with BT Box Office screening the highly anticipated rematch.

The announcement was met with some criticism from supporters, who believe the Gypsy King has already proven he is the superior fighter.

One said: "£25 is fine for 10pm main event but bit harsh for 4am when I'll probably sleep through."

One said: "£25 for 4am fight. Only a fool is paying for this to see a 3rd fight that we already know the outcome."

The fight is the joint most expensive British PPV, and will be the fifth time a fight has been priced at £24.95.

Anthony Joshua's 2019 rematch win over Andy Ruiz Jr was the first time the record bill was introduced from the start.

Latecomers to the Floyd Mayweather v Manny Pacquiao fight in 2015 also had to pay that, although it was initially cheaper.

AJ's last two fights, a win against Kubrat Pulev and recent loss to Oleksandr Usyk, then stayed at the same price point.

Fury's initial draw with Wilder was priced at £19.95, but by the time they rematched two years later, the additional £5 was added on.

And it will remain for their trilogy, with an undercard which features Adam Kownacki's rematch with Robert Helenius and Efe Ajagba's clash with Frank Sanchez.

It left others quick to praise the night of entrainment ahead in Las Vegas.

One commented: "The card is stacked and the last two fury v wilder fights have been great to watch not moaning about the price, but the time difference is a killer."

Another wrote: "Worth it considering it has such a good undercard."