GRANIT XHAKA appeared to aim a cheeky dig at referee Craig Pawson after David Luiz was sent off against Wolves.

The midfielder shared a snap of himself pointing at the official to his Instagram page – but deleted it moments later. 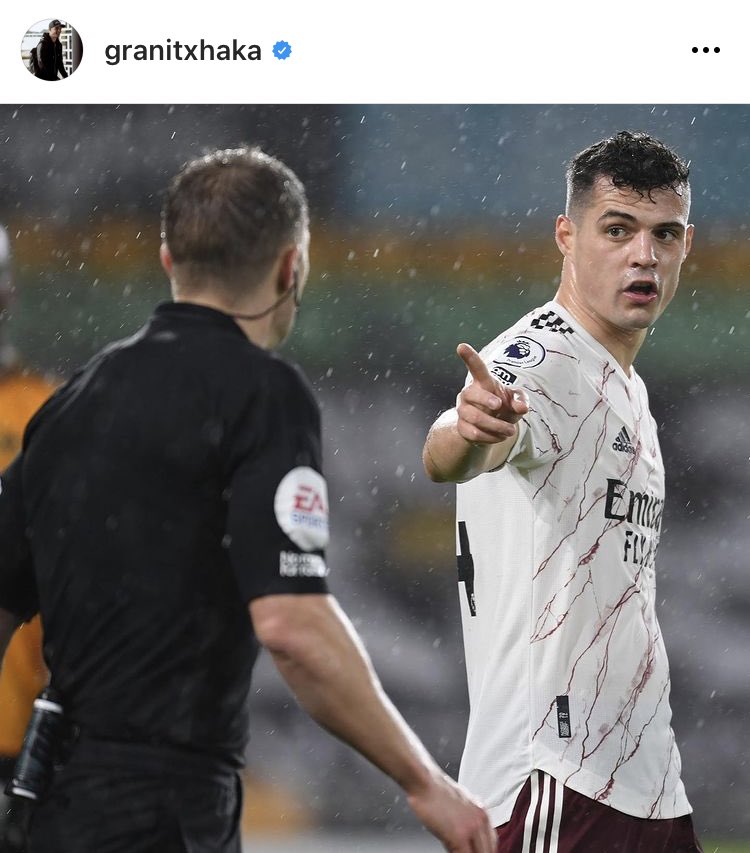 Arsenal were 1-0 up when Pawson made the controversial decision to show Luiz a red card on the brink of half time.

The former Chelsea centre-half denied a goalscoring opportunity as he brought down Willian Jose in the box.

Contact appeared to be minimal, but the referee's decision was upheld by VAR Jon Moss.

Ruben Neves made no mistakes from the penalty spot to cancel out Nicolas Pepe's opener.

Joao Moutinho scored in the second half to give Wolves the lead at the Molineux.

Arsenal keeper Bernd Leno was sent off in the 72nd minute before the game ended 2-1.

After the match, the Gunners stars turned to social media to vent their frustration.

Xhaka, 28, posted the snap of himself pointing at Pawson with his 2million followers. 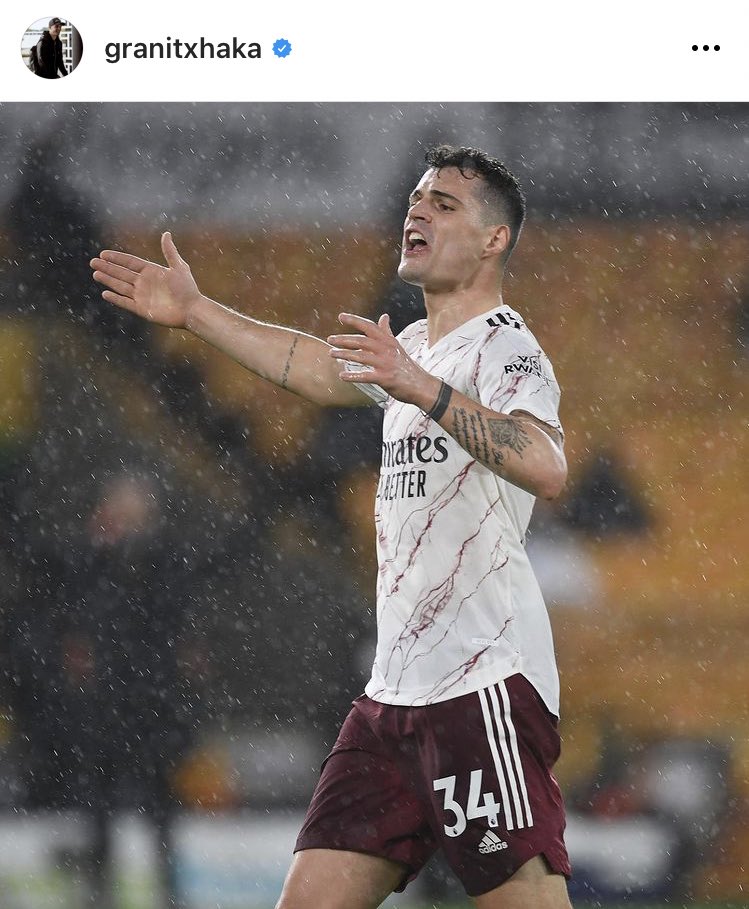 Speaking on Instagram, he wrote: "Feeling frustrated… we didn’t deserve that."

But that post was swiftly deleted and replaced with a picture of himself during the match.

Hector Bellerin also appeared to slate the referee as he shared a picture to his Twitter page.

He posted a photo of himself looking at Conor Coady as the Wolves skipper fist-bumped Pawson.

Luiz, 33, slammed his red card as 'unbelievable' and posted by a number of angry emojis.

Mikel Arteta has confirmed the Gunners would consider an appeal against the red card.

When quizzed after the match, the manager said: "Sat here, I would say yes, let's go straight away. 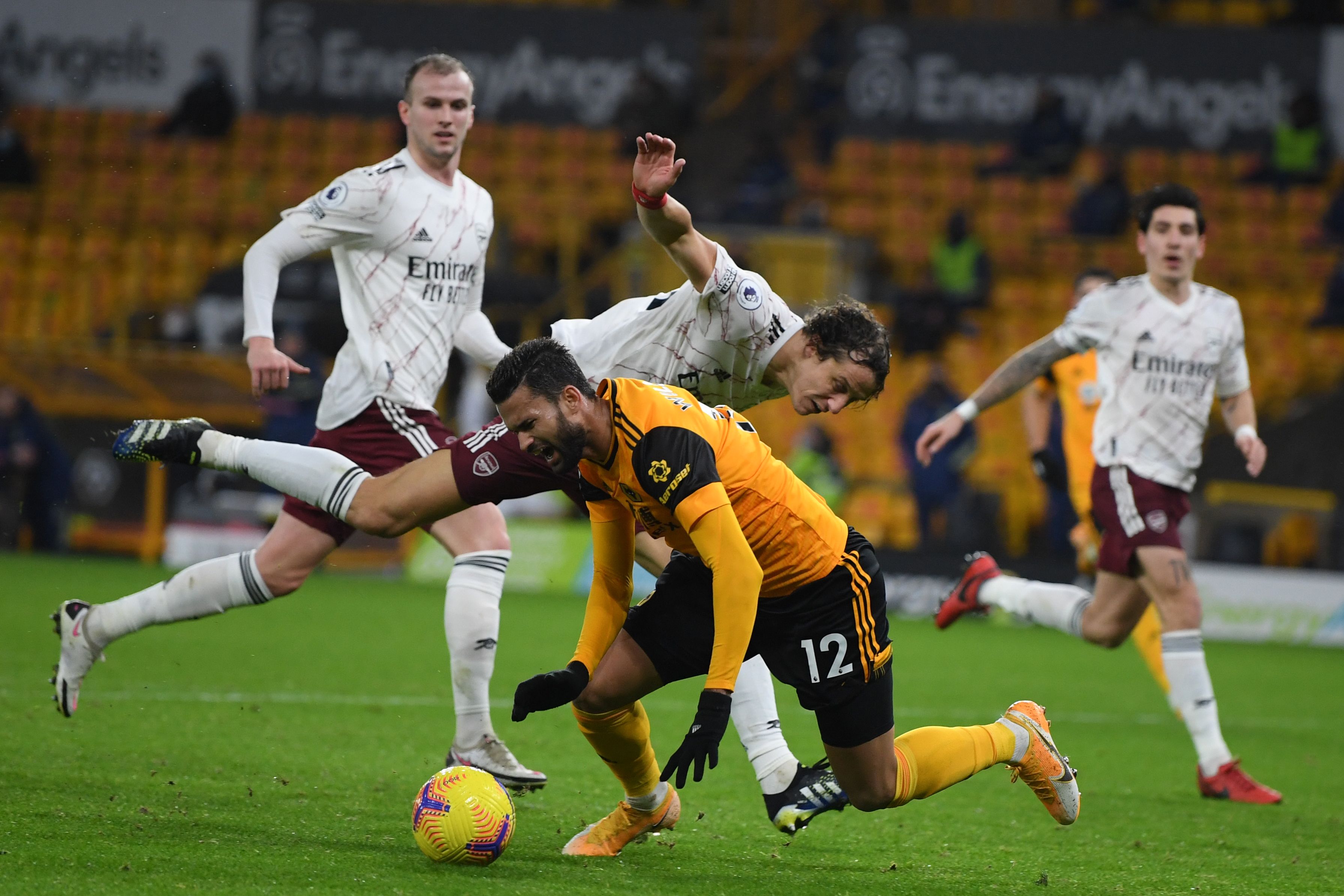 "But we have to speak with legal and the club and make the decision over what the best thing to do is.

"I've seen the replay ten times from five different angles, and I cannot see any contact.

"I would like to see if VAR have different angles."