MAURICIO POCHETTINO stormed out of a press conference when asked if his Tottenham striker Harry Kane would be fit for the Champions League final.

Boss Pochettino was seemingly angry at the focus switching so quickly off Spurs' semi-final heroes following their astonishing comeback in Ajax. 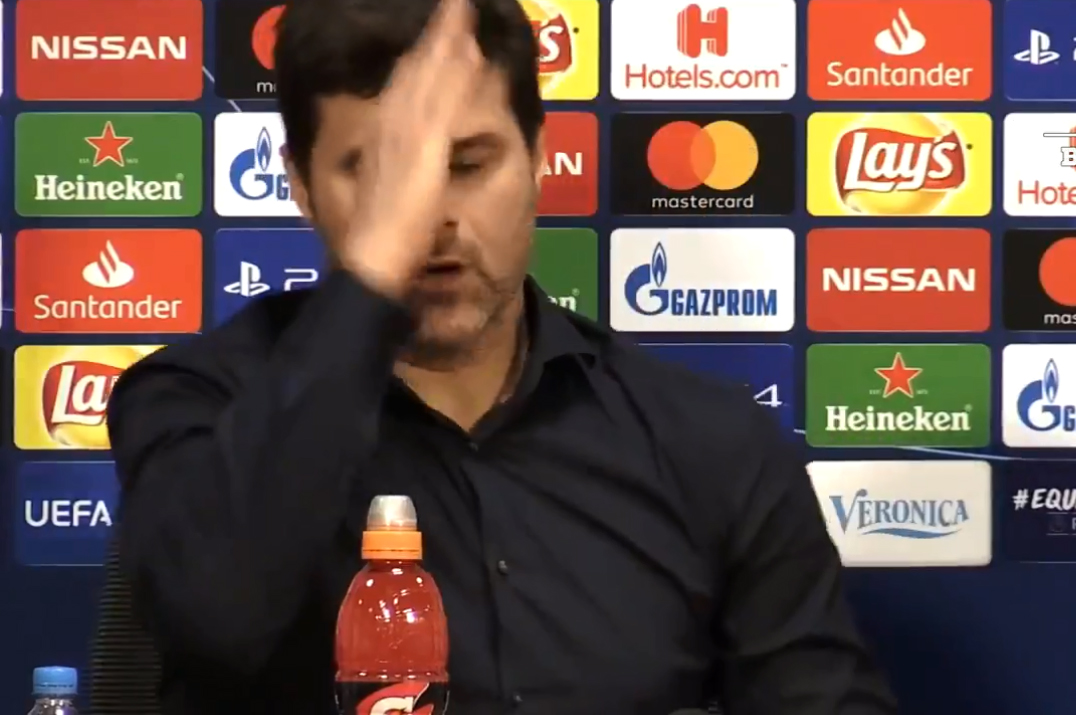 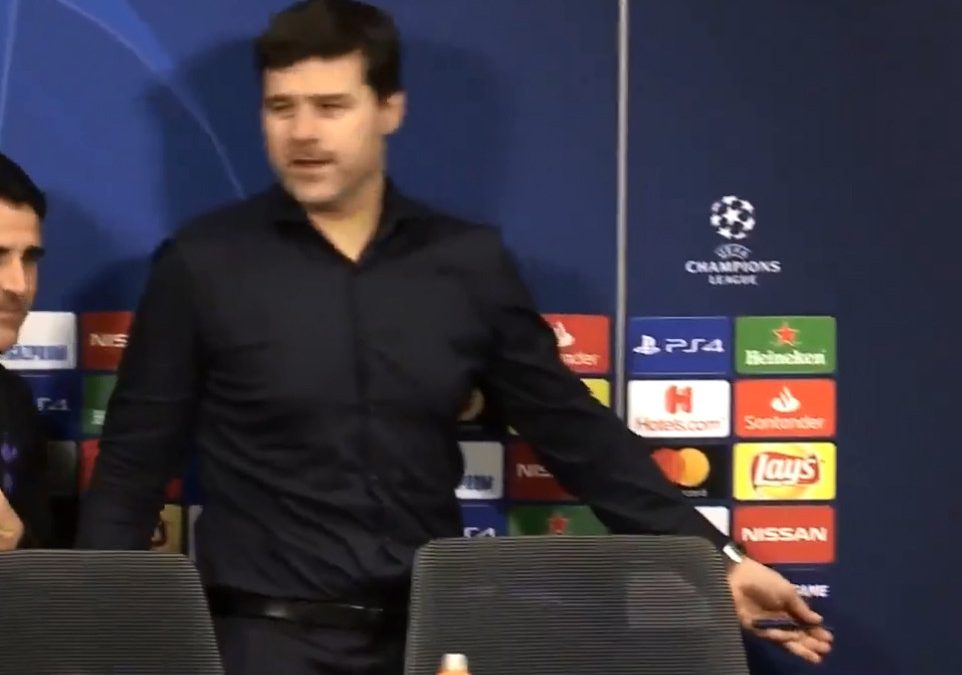 The Argentinian raised an arm in frustration, got up, said "Ciao!" and left when BBC journalist John Murray managed ten words: "Two questions – will Harry Kane be fit for the final.."

Murray quickly added: "And, err, one other question…".

But by then stern-faced Pochettino was already halfway out.

Striker Kane, 25, who sprinted onto Ajax's pitch to celebrate with his team-mates, expects to recover from his ankle injury in time to face Liverpool.

Poch's actions stirred up a social media debate – including over a hand gesture he made that some felt was rude, while others claimed it was his signal for "cutting off" any more questions.

Many fans appeared to blame the journalist for Pochettino's walk-off.

One said: "He's absolutely right to walk out. Why ask that question tonight. Tonight is about EVERYBODY that played to achieve getting to the final. Kane not important, it disrespects Moura and co."

Another argued: "I know journalists only get two questions to ask but this was Unconsidered & irrelevant (only in the moment) and disrespectful to the players that got us to the final last night without Kane."

A similar tweet suggested: "He’s said time and again it’s about the team and not the names. And @bbcjohnmurray makes a right t*t of himself there."

But Pochettino added a twist as he reached the exit door – looking back to smile and do a thumbs-up.

And while some supporters claimed to dislike the question, or its timing, it is undoubtedly one that even now many will be asking and expecting the media to uncover, ahead of the final against Liverpool in Madrid on June 1

That is no reflection on the players and the performances in Kane's absence, including Spurs' two-legged triumph over a highly-skilled and drilled Ajax side.

One person said of Murray's inquiry: "It's a reasonable question so I'm assuming he has either said what he had to say and asked that they not ask again and concentrate on the football last night. Or he has flat out told them not to ask at all."

But Tottenham fans mainly felt Poch's decision to end all questions early was fully deserved and showed his passion.

One tweet said: "He just keeps getting better. Love him to bits." 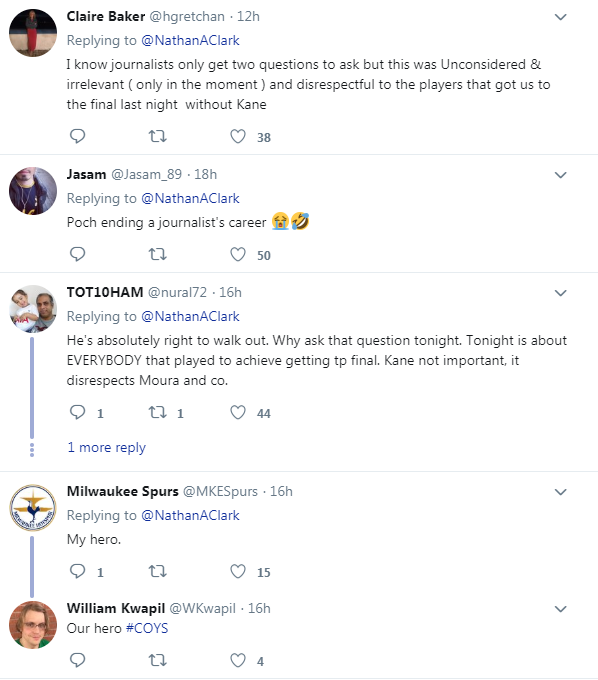