Galatasaray defender Marcao is facing a 10-game ban after sensationally headbutting and punching his own team-mate in a 2-0 win over Giresunspor.

The Brazilian remarkably lost his cool in the Turkish league game when he furiously approached Kerem Akturkoglu and landed a nasty headbutt on the winger.

Footage then shows the 25-year-old hitting Akturkoglu with two punches before the pair are separated by their Galatasaray team-mates. 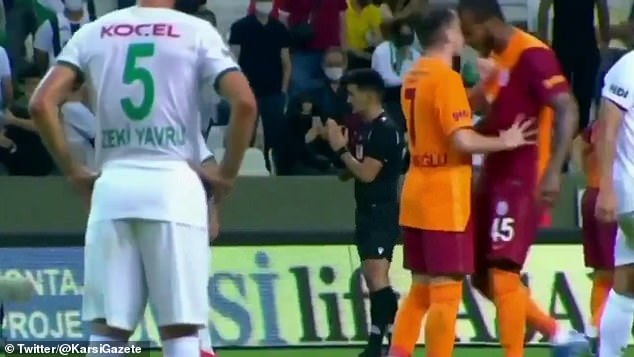 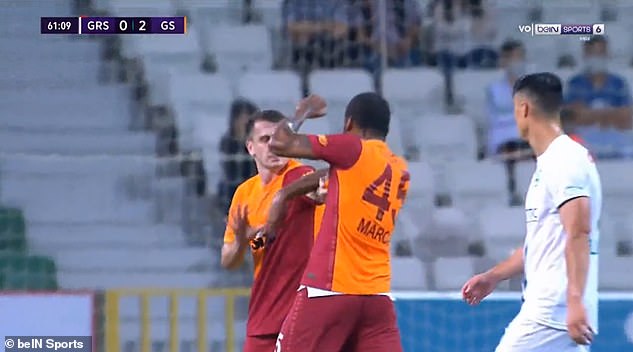 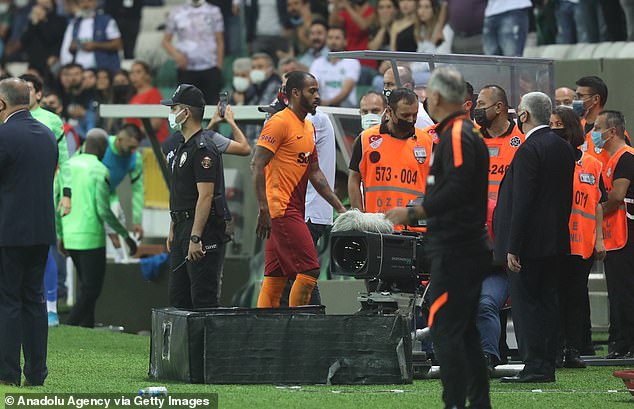 Marcao was unsurprisingly shown a straight red card following a VAR review that will also likely see him a lengthy ban for his actions.

The incident occurred in the 61st minute of the Super Lig clash on Monday, with Galatasaray already leading the encounter by two goals before seeing out the game to cling on to all three points.

According to Turkish League regulations, the incident classifies as an ‘assault’ and could result in a five to 10 game ban for Marcao.

After the match, Galatasaray manager Fatih Terim said would be dealing with the defender before insisting that Marcao will apologise for his behaviour 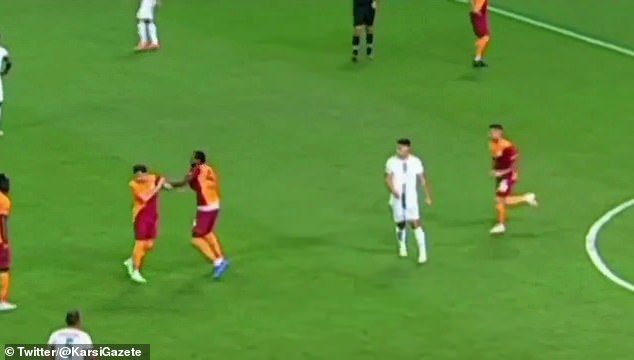 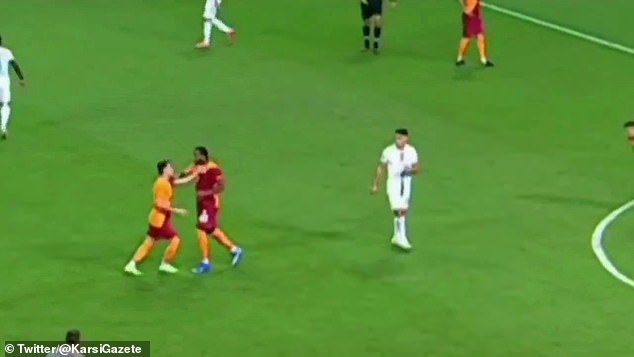 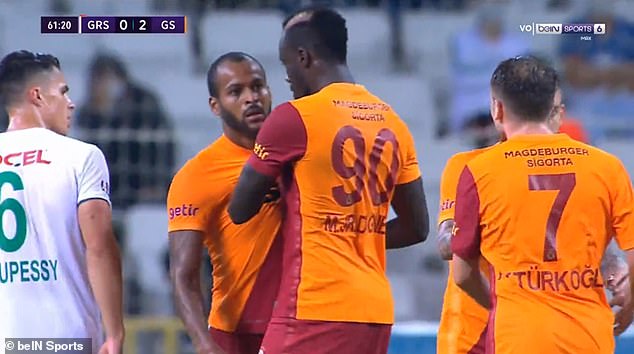 Terim said: ‘The club will do what is necessary in their own way.

‘Marcao will apologize to Kerem and the rest of the team for his behaviour.’

It’s not the first time two team-mates have fought each other on the pitch.

One of the most infamous scraps happened between Kieron Dyer and Lee Bowyer back in 2005 in a Premier League game against Aston Villa when the two men played for Newcastle. 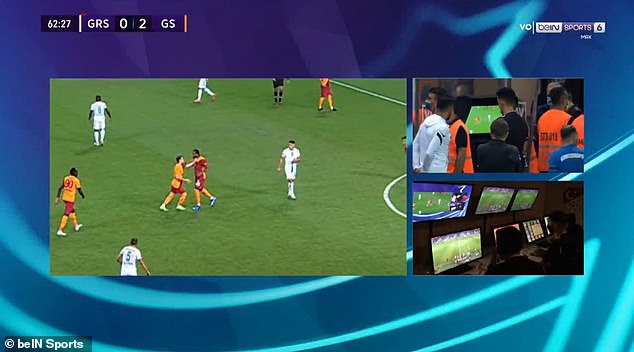 Marcao joined Galatasaray in 2019 and has been a mainstay in the Turkish giants’ steup ever since, making 107 appearances in his two-year spell.

He made the move to Turkey after previously starring in his native Brazil and at Portuguese sides Rio Ave and Chaves.