GENNADY GOLOVKIN enhanced his case as the greatest middleweight champion of all time after defending his crown for a record breaking 21st time.

Golovkin dominated mandatory challenger Kamil Szeremeta, dropping the Pole FOUR TIMES before the referee waved it off before round eight. 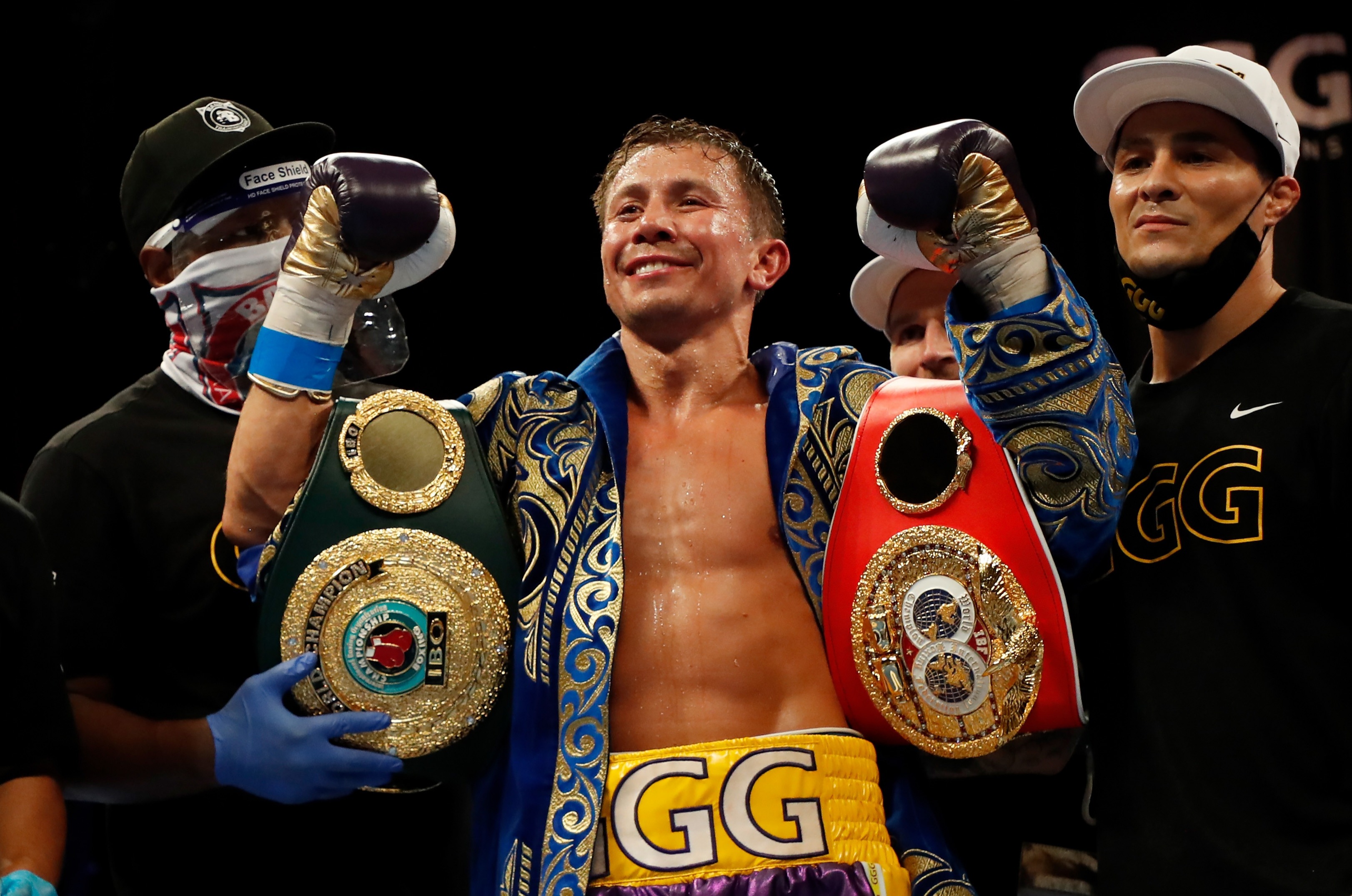 It meant GGG surpassed Bernard Hopkins for title defences, having been tied with the American great on 20.

“Kamil Szeremeta, he is great boxer, but I feel very comfortable because I have a lot of time, a lot of good people with me, this, I’m very proud of my team.”

Golovkin had not been in the ring since October 2019, when he only narrowly beat Sergiy Derevyanchenko to win the vacant title.

But the Kazakh legend wasted no time in getting down to business in Florida, as he peppered 31-year-old Szeremeta with jabs.

It set the champion up beautifully with his power shots, and just before the bell sounded to end the round, Triple-G scored the first knockdown of the night.

He had Szeremeta hurt with a body shot before following up with a left hook that forced his man to the deck.

Szeremeta managed to survive the scare but again tasted the canvas in round two after a massive right hook bounced off his face.

But GGG was still unable to find the finish as he put on an early beating.

In the third, Golovkin took his foot slightly off the pedal in terms of power punching, but still pressured the whole round.

He came out firing in the fourth and after closing the distance, a short, chopping left uppercut through the guard put Szeremeta on his backside once more.

But the unfancied underdog proved his resilience as he was forced to take cover following a barrage of body shots and hooks to the head.

The writing was on the wall all the way till round seven, as GGG mixed up his attacks and levels, which proved almost impossible to defend against. 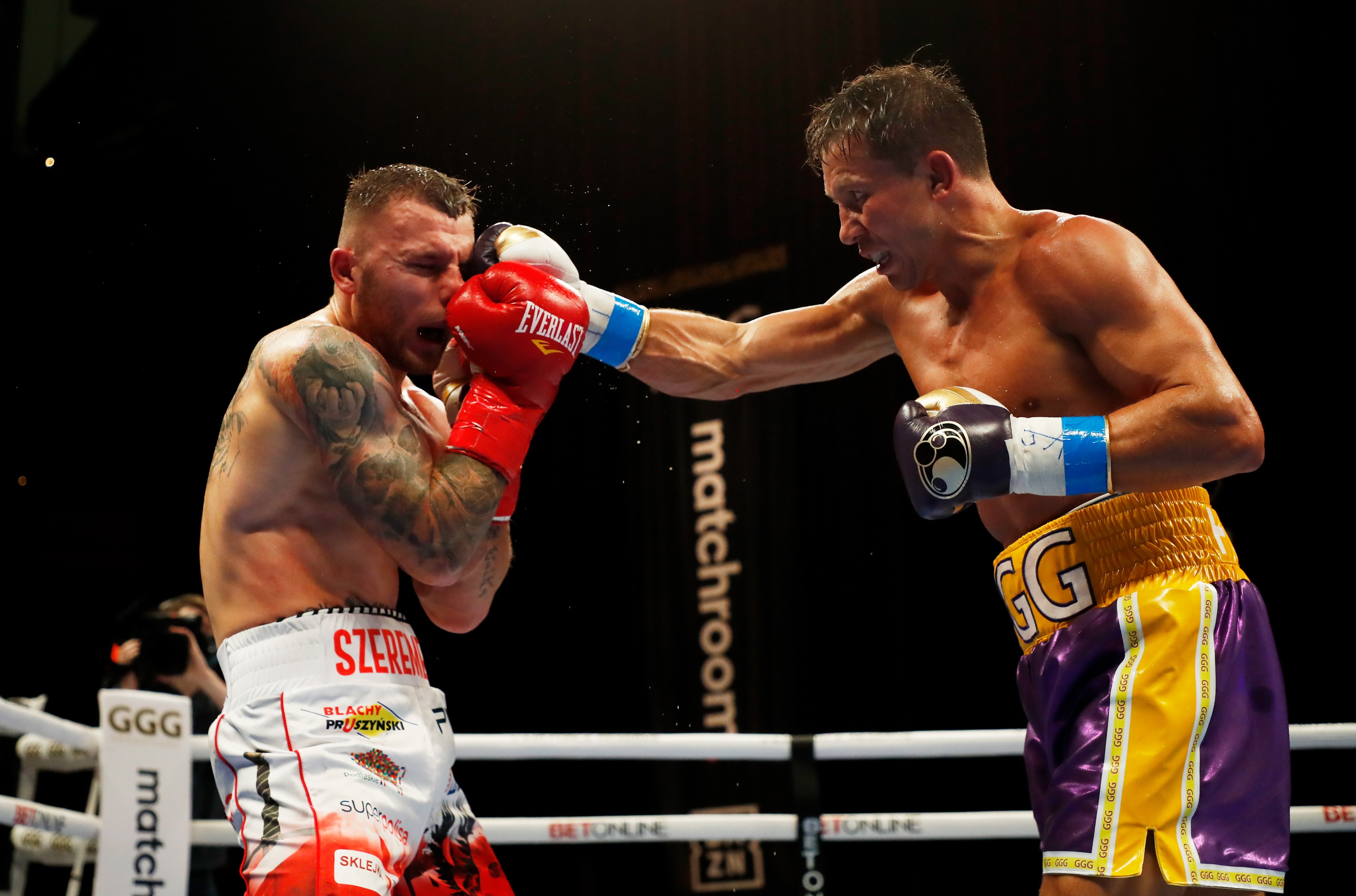 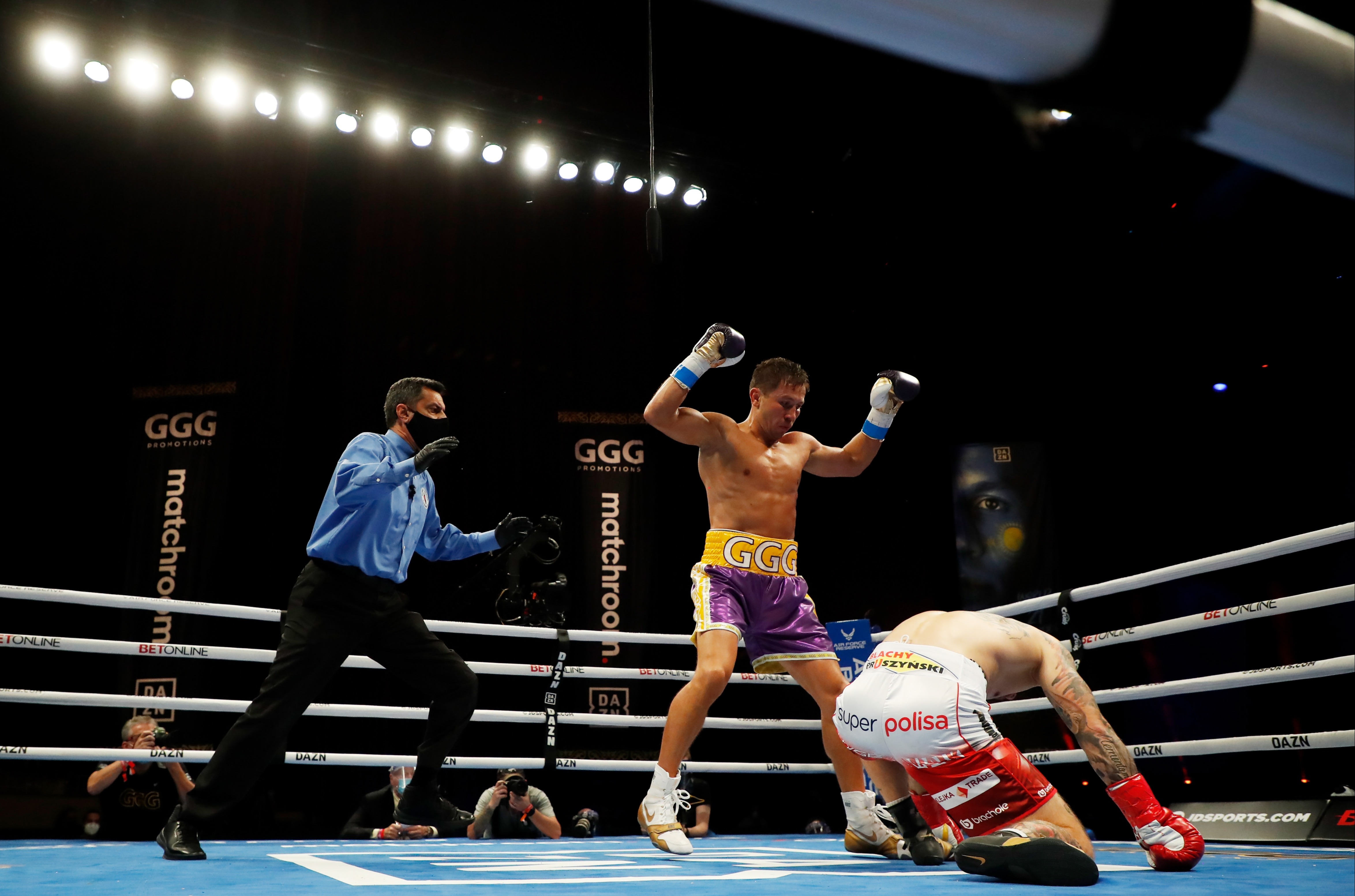 And it was all too much in the seventh, when a double jab decked a hapless Szeremeta, who was on the end of a masterclass.

Despite beating the count and avoiding a concussive knockout, the ref called the fight to a halt before round eight – to the disagreement of no one.

GGG confirmed he would be open – for the first time in his career – to fighting outside the middleweight division, as he eyed the winner between Canelo, 30, and Smith, also 30.

Golovkin said: “Absolutely I am open for anybody. Just best opponent for me, for business, for DAZN for people, for friends, I am ready.

“We will wait for tomorrow, I hope tomorrow is great event. The best, who wins? The best. I am open."