GRANIT XHAKA is confident that Pierre-Emerick Aubameyang still has a future at Arsenal despite the striker’s bust-up with manager Mikel Arteta.

Aubameyang has been banished from the squad and stripped of the captaincy for returning late from a visit to France two weeks ago. 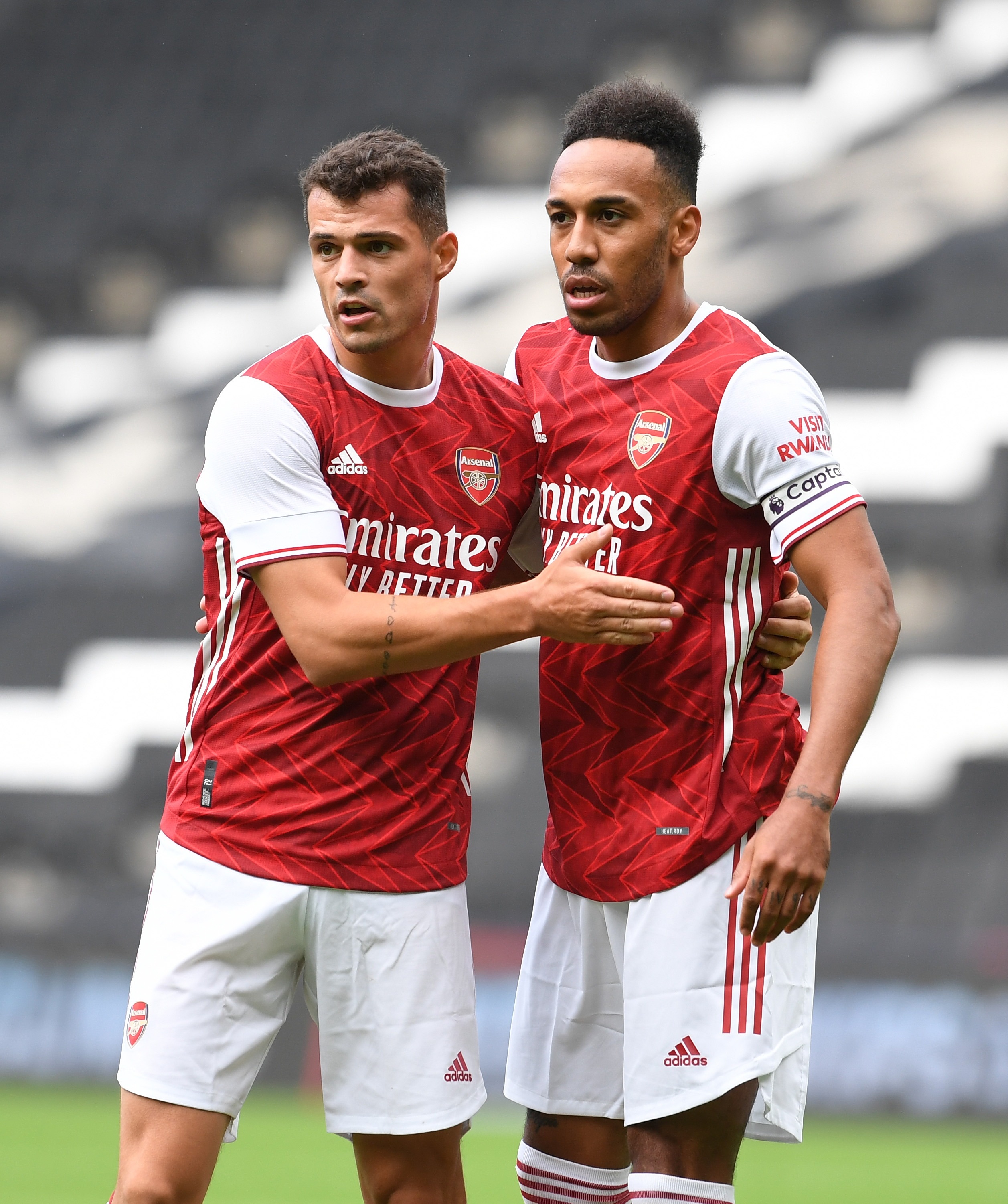 Now his Emirates future is up in the air after the Gunners won five successive games without their absent superstar.

But Xhaka insists it is not the end of the road for the out of favour striker and knows exactly how Aubameyang is feeling right now.

The Swiss midfielder was all set to quit Arsenal when he had the armband taken from him by former boss Unai Emery following a bust-up with the Emirates fans in October 2019.

Now he says: “I have been in this situation and know how Auba is feeling.

“Mine is a different story with different problems but maybe sometimes this is not a step back but a step forward.

“I think Auba is strong enough and has enough experience to come back and be better than before.

“It doesn’t have to bring you down. You have to be positive and believe you can turn it around. And I believe Auba can do that.”

In an interview with The Athletic, Xhaka added: “The idea of a captain and vice-captain is old school. I don’t believe it’s enough to have only two or three leaders in the squad.

“It’s much better if you involve more players in the leadership group because everyone brings a different opinion.

“Alex Lacazette is our captain and at the moment he is the right man. He’s a very important person on and off the pitch.

“He’s a lovely boy, he has a lot of respect from the other players and a lot of experience. You need a player like this.”