Helen Glover hailed the ‘biggest achievement’ of her glittering career after becoming the first mother to make a British Olympic rowing team.

The 34-year-old rower time out from the sport after winning her second Olympic gold medal at Rio 2016 to start a family and only announced her comeback in January – six months out from the Games.

But Glover – who had son Logan in July 2018 and then twins, Kit and Bo, in January 2020 – was on Wednesday confirmed in Team GB’s 45-strong rowing squad for Tokyo where she will partner Polly Swann in the women’s pair. 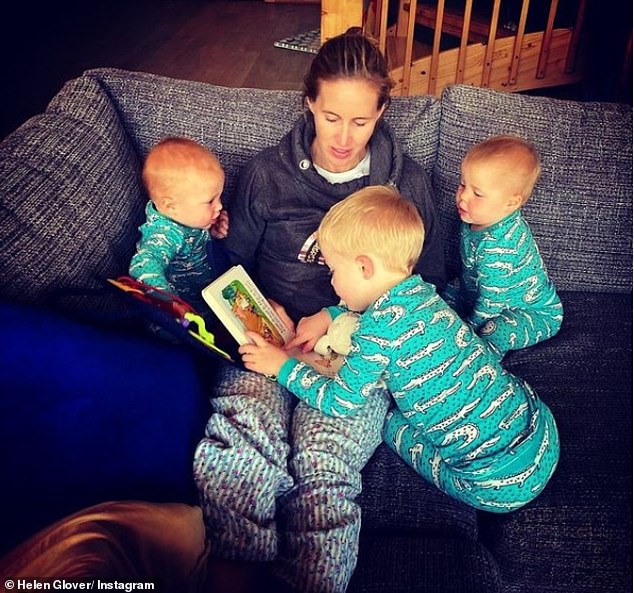 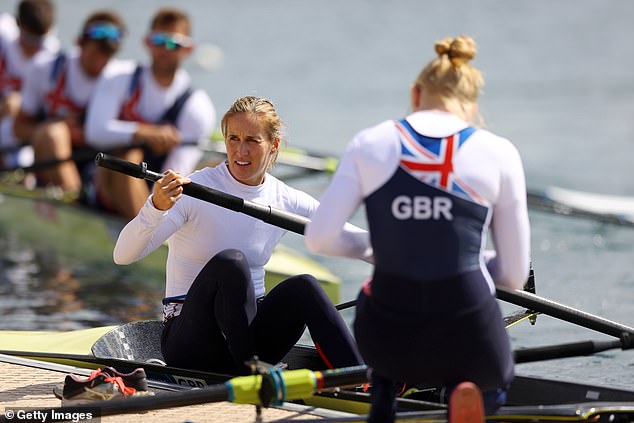 Glover, left, has been names in the British squad to go to the Games in Japan this summer

She admitted: ‘This is the thing I was aiming for when I first came back. I genuinely thought it was an impossible mission this time last year.

‘Today’s announcement is something that when I first thought about a comeback, it was just like, “That’s a nice dream to have”.

‘It was nice having that little daydream to train to and think about but my reality was very different. It was staying up all night with the twins and trying to fit in sessions here and there.

‘It represents something to my children. The reason I started out was to have them as a part of the journey and to show them what commitment and passion looks like.

‘I said I wanted to do it to represent other parents and people who didn’t believe what was possible. I hope I have represented people strongly like that and that other rowers will think there are no barriers for them to get back into the sport.

‘The wider community have been so vocal in their support. I thought if I made the team there would be a really nice positive outpouring, but it was amazing how much it came from saying, “I am going to try and I might fail”. 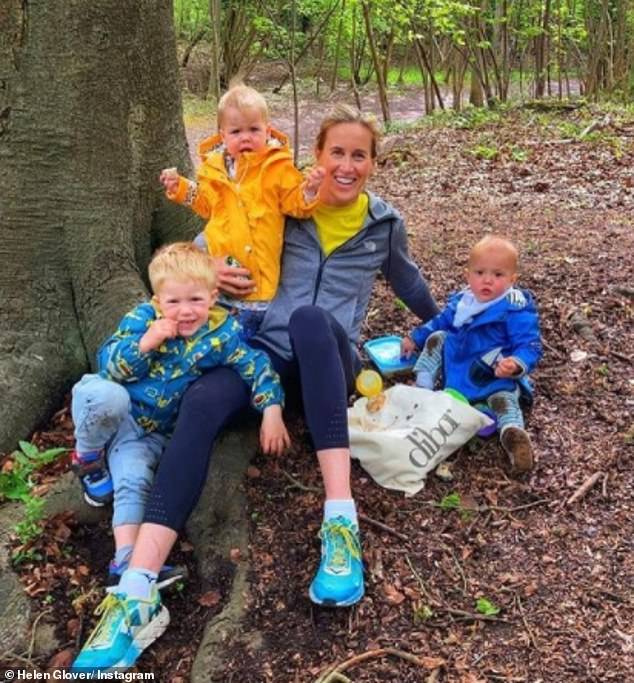 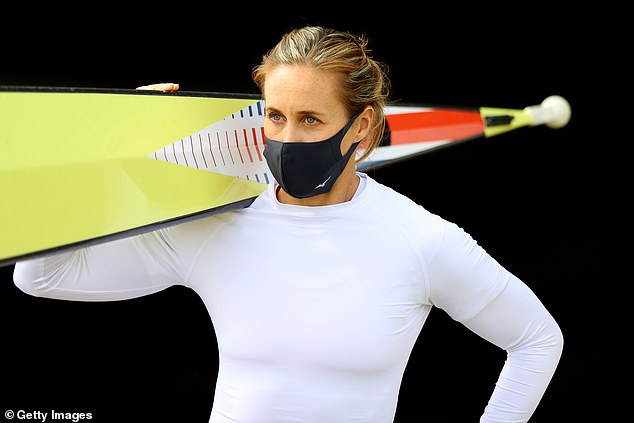 ‘That makes today feel like much more of a moment than it ever has done from my other two Olympic Games, when it was just a day to tick off on the journey.

‘This feels like a moment I can celebrate and then get really excited and optimistic about what is to come.’

Glover first thought of making a shock comeback after spending time on a rowing machine at home to keep up her fitness during last year’s first coronavirus lockdown.

She began training with the British team again just before Christmas before making her return public in January.

Glover won gold with Swann at the European Championships in April in her first competition in five years – and has now set her sights on another medal in Tokyo.

She said: ‘For a year, I’ve spent time saying, “If I make it, if I get selected”, and now that “if” has been cancelled out and I have to really quickly get my head around the fact that I have made the team.

‘Today justifies the hard work that has gone in so far, but having said that, we are both competitive people who want to go on and do well. 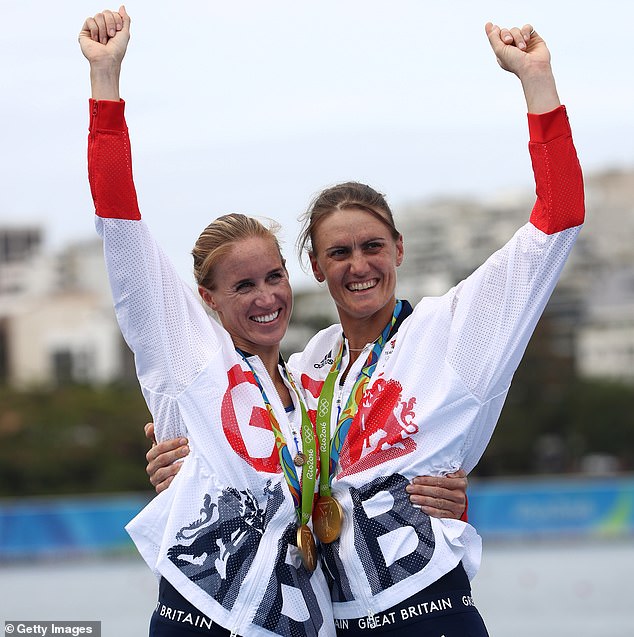 ‘The difficult thing with this year is that we don’t know what doing well looks like when we haven’t raced anybody.

‘As the regatta goes on, we will get a better idea of what success looks like and our aspirations might change. At the moment, because of all the unknowns we just have to focus on doing our best race no matter what.’

Swann, who won a silver medal in the women’s eight in Rio, took time out of the sport herself after 2016 to finish her medical degree and worked as a doctor during the coronavirus pandemic last year.

The 33-year-old said: ‘There is something special about our team. We are getting better every day.

‘We see ourselves as becoming the pinnacle of ourselves in the final in Tokyo.

‘With the determination and passion that we have, we want to go and win gold. No pressure!’

Swann won her only World Championship gold medal alongside Glover in the pair in 2013.

On her partner, she added: ‘Eight years ago, we were in a pair together, and I thought, “Wow, what an athlete. She’s exceptional. Her drive, and her passion is unmatched in the sport”. 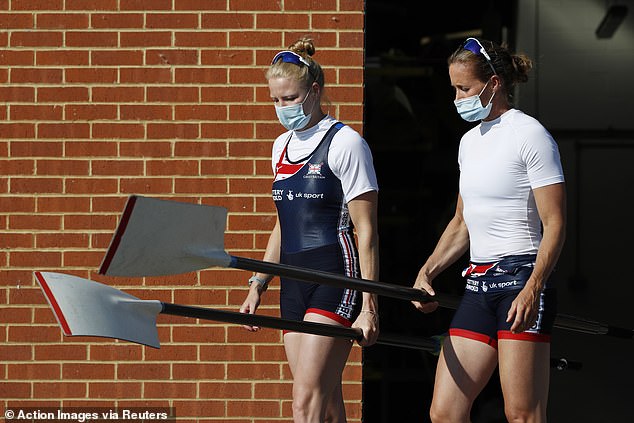 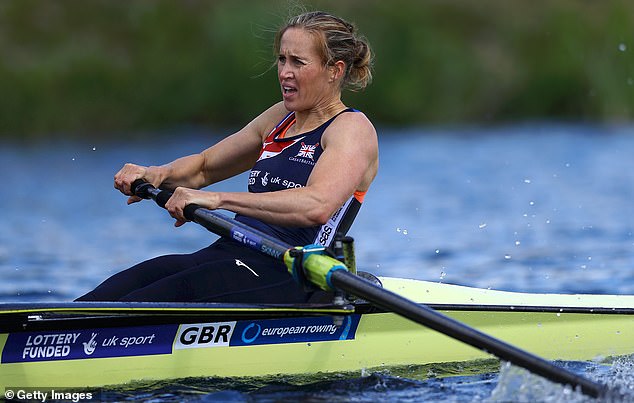 ‘And now to come back eight years later, and she has three children, she’s had four years out, it’s almost like, all of that has been heightened times 100.

‘On a day to day basis, you would have no idea that Helen had been up all night looking after the twins.

‘You would have no idea that she hadn’t been training this whole Olympiad.

‘It’s just a huge inspiration to be able to train with someone like Helen who that is that passionate, and is that determined, and doesn’t see a full stop and doesn’t see a ceiling. ‘I’m not a morning person but it makes me spring out of bed. I love coming down and working on our own technique. I love coming down and pushing ourselves to the limit. And to have a team-mate like Helen, who has done so much more with her life, just makes it all more worth it.’