PANIC ensued at an MMA event in the United States when a man fired a GUN during a brawl.

Police were called to the RIZE Fighting Championship event in Palm Beach, Florida, as a dispute broke out away from the octagon. 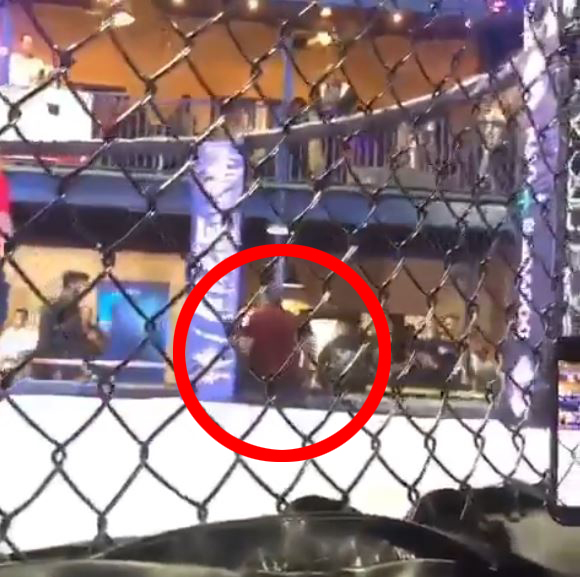 According to footage from TMZ Sports, an argument between several groups of people broke out into scuffles.

One man is seen throwing a chair into the melee while security attempt to intervene.

Bystanders stand back as he takes away himself from the brawl and begins rooting through a handbag.

The commotion appears to be calming down as a PA announcer calls for calm and for people to take their seats.

Moments later, the man fires his handgun into the ceiling of the indoor arena, which also had people watching on from balconies above.

Screams can be heard as clips of the event suggest those filming began to evacuate the venue. 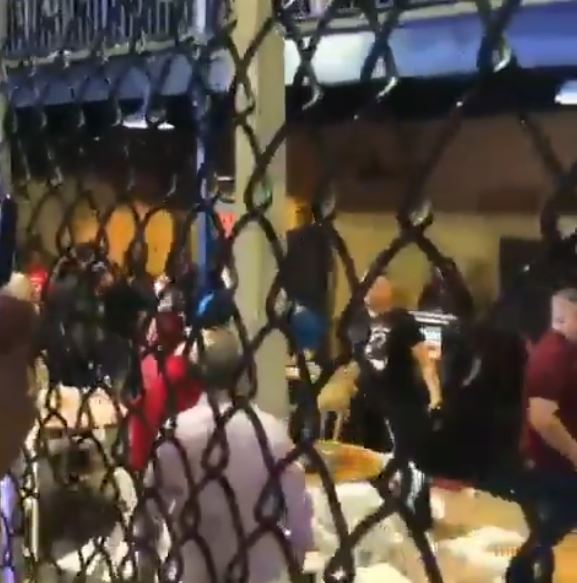 Former UFC fighter Hector Lombard attended the event to watch his stable in action and posted footage of the incident onto Instagram.

He captioned the video: "This guy just shot his handgun in the middle of a melee at an amateur show.

Palm Beach County Sheriff's Office is reportedly investigating two gunshots, although only one can be heard in the footage.

Shocked followers of Cuban veteran Lombard gave their reaction to the incident.