How Chelsea could line up with Erling Haaland, Declan Rice and Ben White if they pull off amazing triple transfer swoop

CHELSEA boss Thomas Tuchel has lined up a trio of high-profile targets to bolster the spine of his squad.

With a Champions League win under his belt, owner Roman Abramovich is ready to give the German boss a transfer warchest to improve the squad. 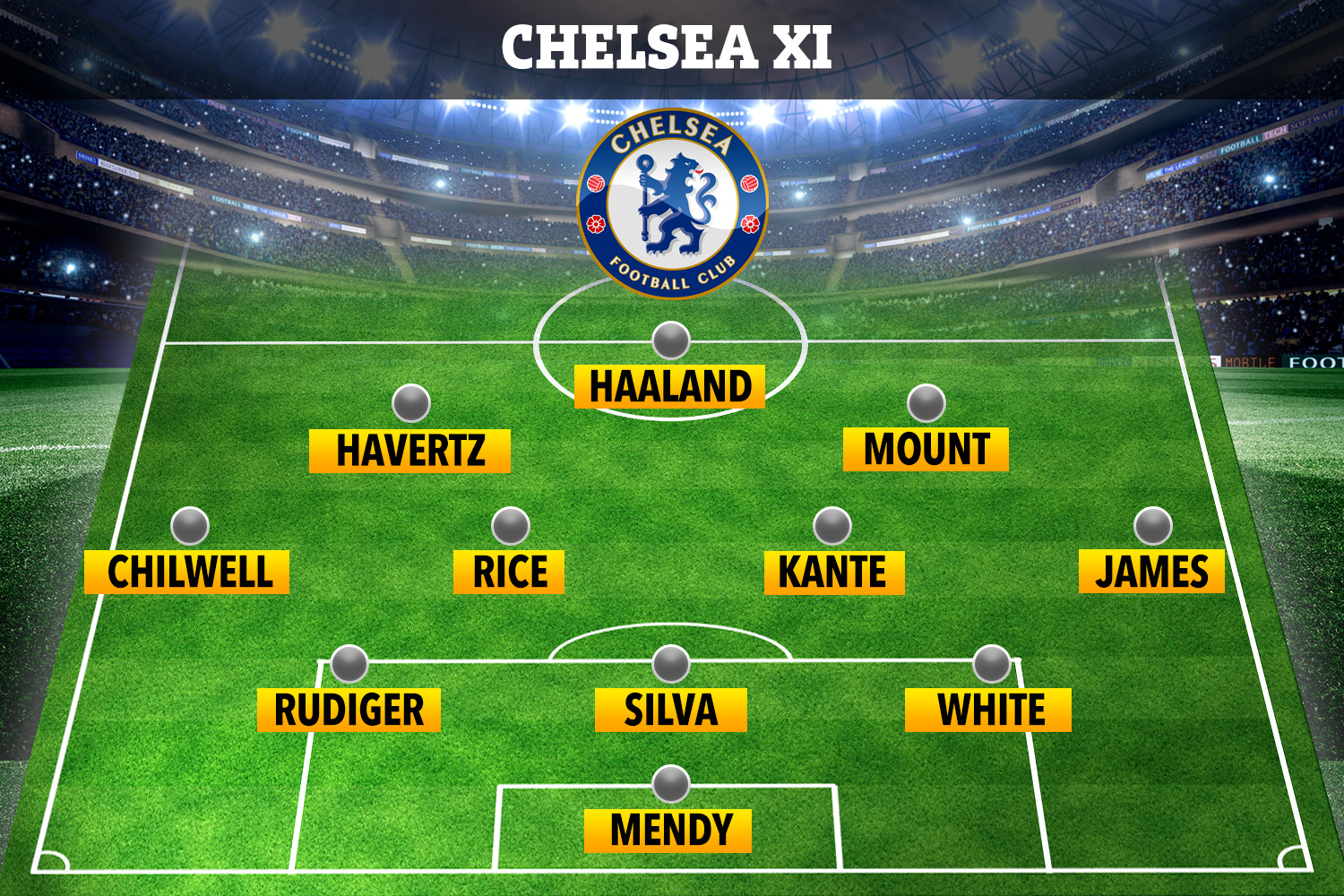 And that could mean wonderkid Erling Haaland, Euros star Declan Rice and Ben White could be heading to Stamford Bridge.

Tuchel is eager to land a new front man and Borussia Dortmund ace Haaland is at the top of his shortlist.

It has even been reported that Chelsea have agreed personal terms with the 20-year-old although a transfer fee remains the biggest stumbling block.

Dortmund want £150million for their main man this summer but that price drops to around £69m next year due to a release clause in his contract.

Chelsea are also eager to bolster their midfield with the addition of long-standing target Rice.

The defensive midfielder's stock continues to grow while he stars for England in their quest for Euros glory.

Rice, 22, will not leave on the cheap with West Ham adamant they won't cash in on their main man.

But it is believed an offer of around £100m could convince the Hammers to cash in with Rice eager to make the move back to his boyhood club.

His arrival would surely make Chelsea's midfield one of the strongest in Europe if he lines up alongside N'Golo Kante.

Tuchel is also ready to improve his defence by pipping Arsenal to the signature of Ben White.

The Brighton ace appeared to be heading to the Emirates in a £50m deal.

But the Transfer Window Podcast claims the Blues have told the Brighton defender they want to sign him this summer.