MANCHESTER UNITED will be without THREE stars for their crunch clash with Nottingham Forest.

The Red Devils are still reeling after they suffered a crushing late 3-2 defeat at Arsenal in the Premier League on Sunday. 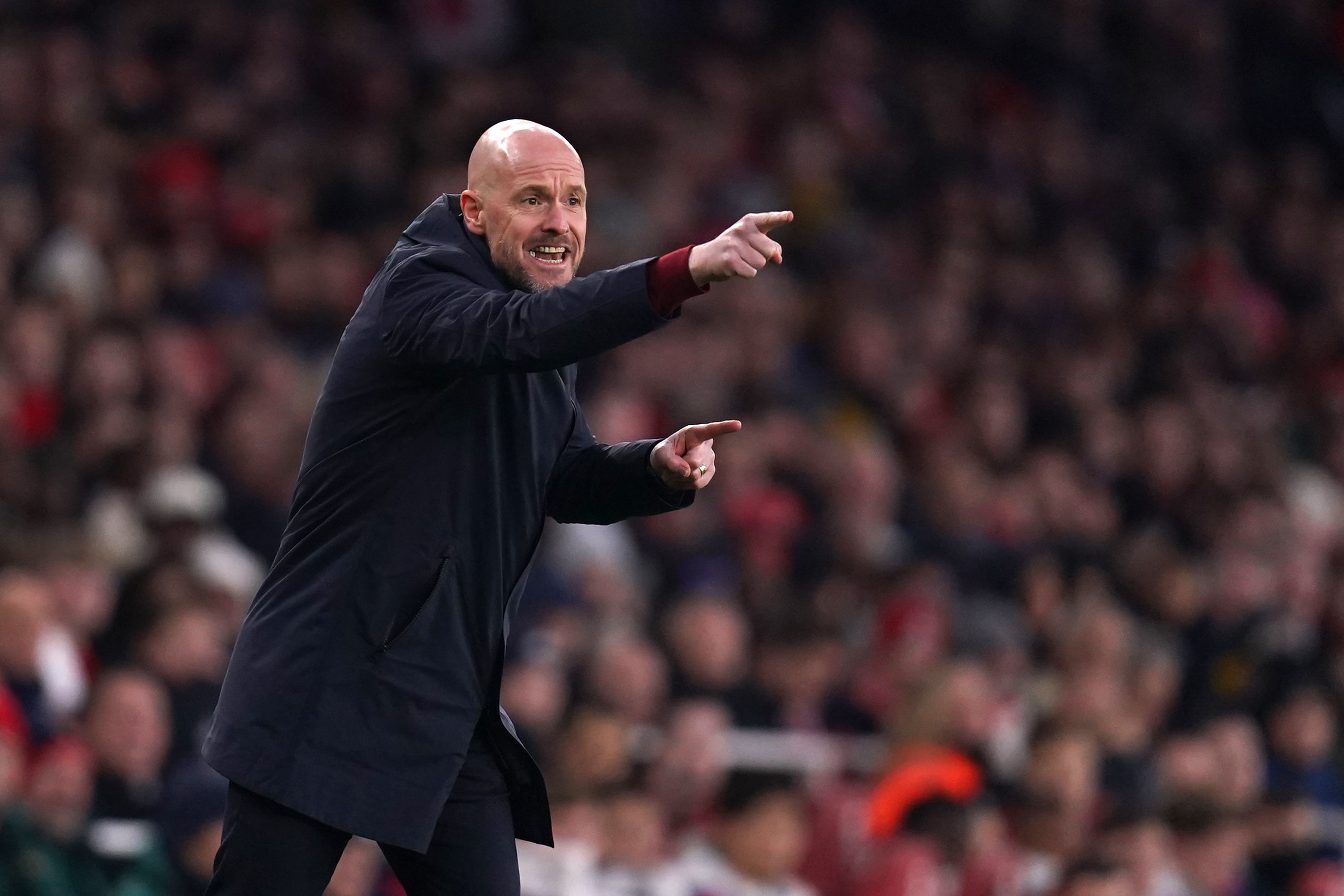 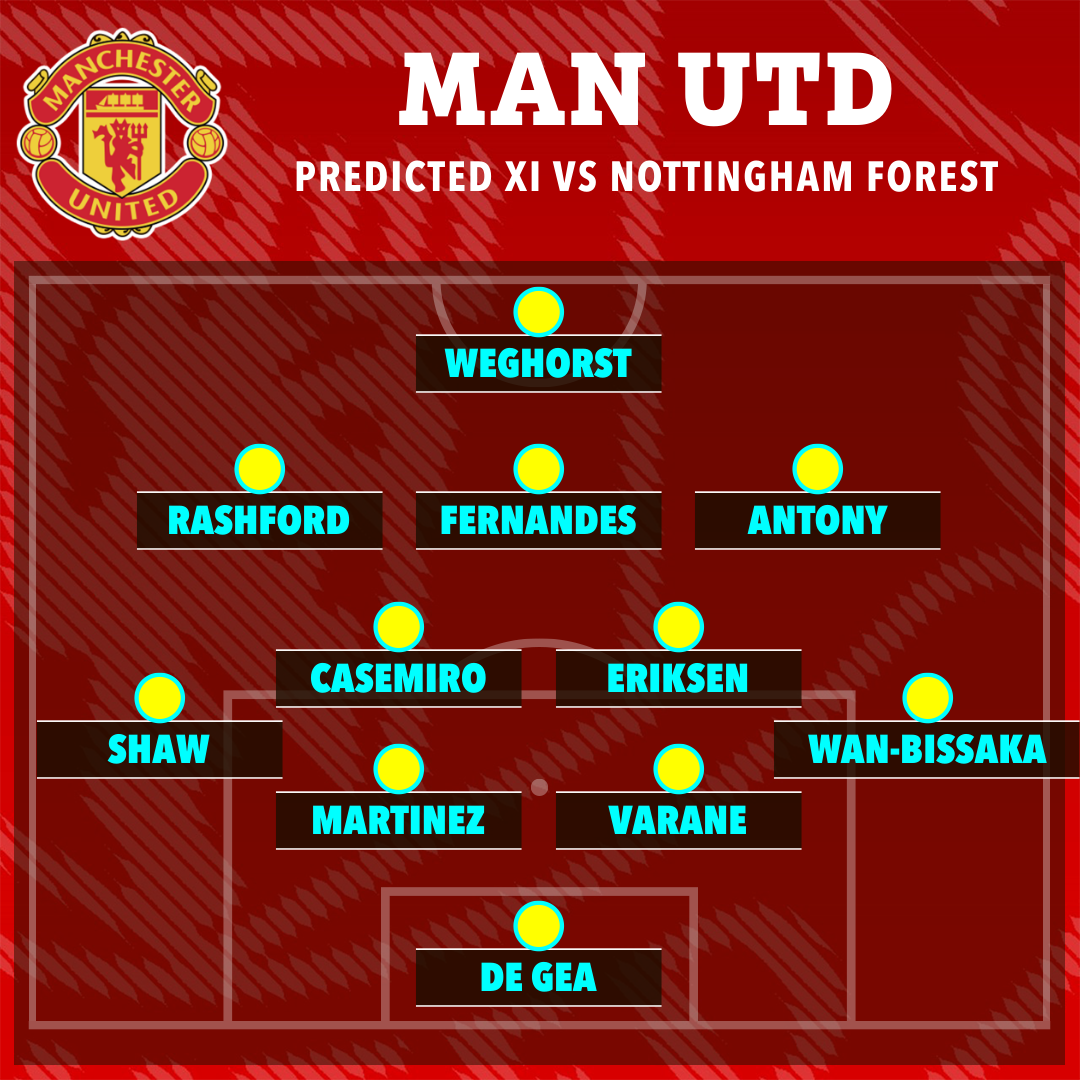 Now boss Erik ten Hag’s focus switches to the Carabao Cup as he looks to take another step towards winning his first piece of silverware at Old Trafford.

United head to the City Ground to face Forest in the semi-final first-leg on Wednesday.

But the Dutchman has now revealed he will be without a key trio for the showdown.

Winger Jadon Sancho is now back training with Ten Hag’s squad after spending time in Holland last month to build up his fitness.

But the 22-year-old has still not been deemed ready for selection.

Full-back Diogo Dalot was injured after just 34 minutes against Charlton in the last round.

He has not played since, which will means Aaron Wan-Bissaka will likely play the role of understudy once more.

In attack, Anthony Martial will miss out again.

Cheltenham clash with Sheffield Wednesday called off due to freezing weather

The French striker suffered a knock in the Manchester derby victory and came off the break.

He missed the draw at Crystal Palace and loss to Arsenal and will not be in contention for Wednesday.

That means that new signing Wout Weghorst seems set to lead the line again and he will be desperate to get off the mark for United.

Meanwhile, there is good news for Ten Hag as influential Brazilian midfielder Casemiro is back available following his one-match ban.

The United boss has rotated his squad during the competition so far, handing opportunities to several youngsters and fringe players, but it would be a bold choice to continue that now with Wembley in sight.

So that could mean that veteran goalie Tom Heaton misses out for first-choice David De Gea, while Scott McTominay and Alejandro Garnacho could have to make do with a spot on the bench.

Another tough call could come in defence, and it remains to be seen whether club captain Harry Maguire gets the nod or whether Ten Hag sticks with Raphael Varane and Lisandro Martinez at centre-back. 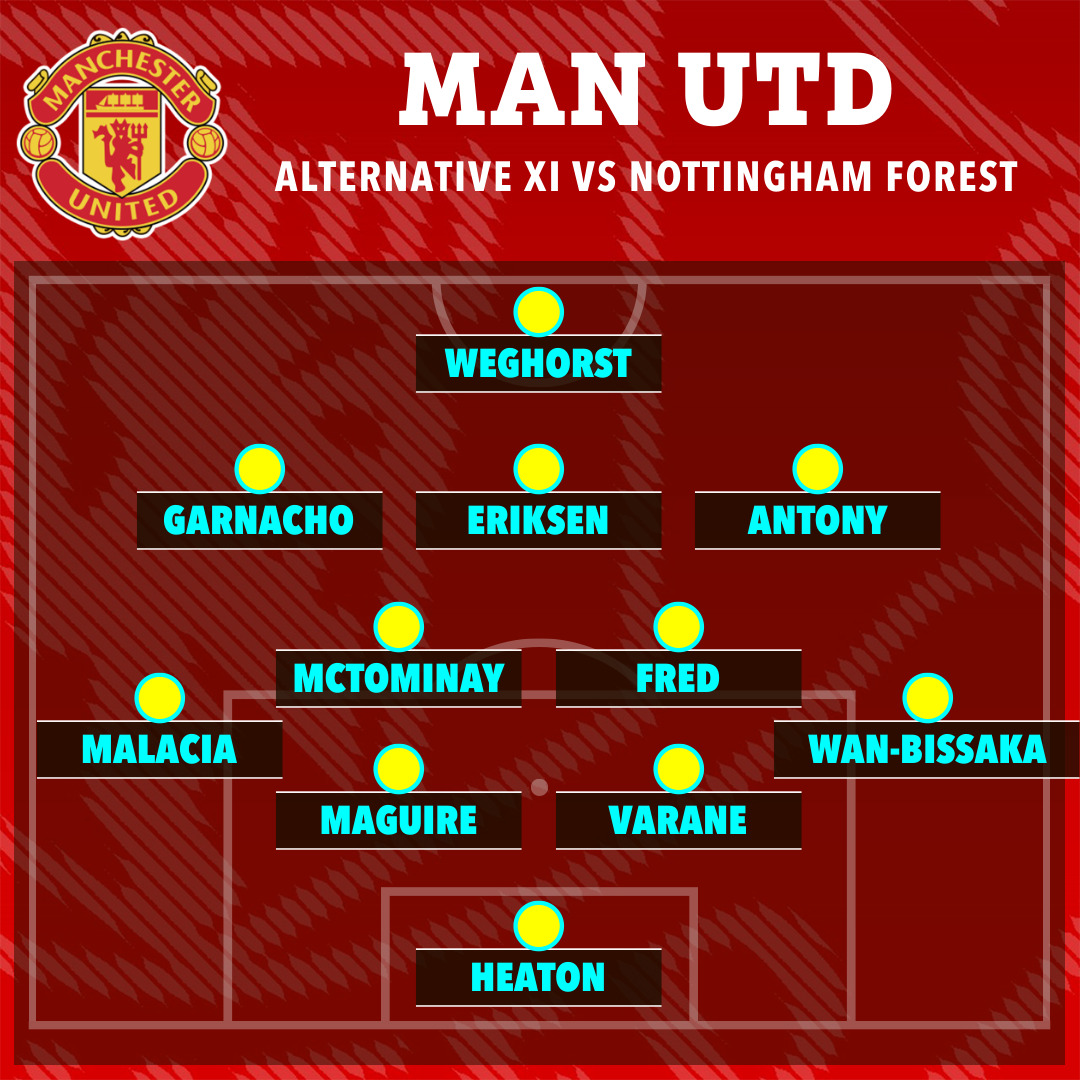