MANCHESTER UNITED have confirmed the appointment of German football mastermind Ralf Rangnick as their interim manager.

The 63-year-old has signed a six-month deal with the option of taking up a director's role once the club make a long-term appointment. 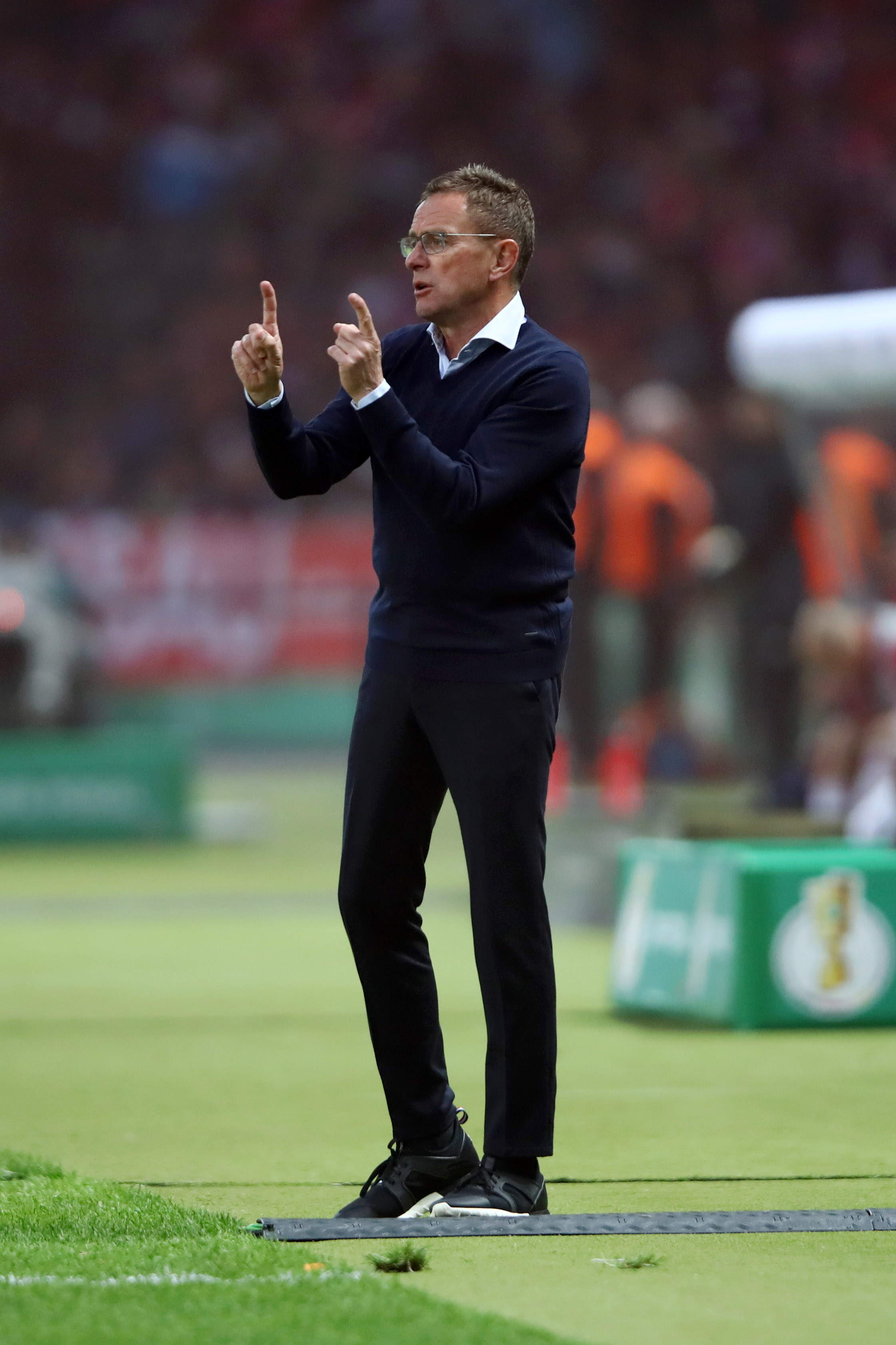 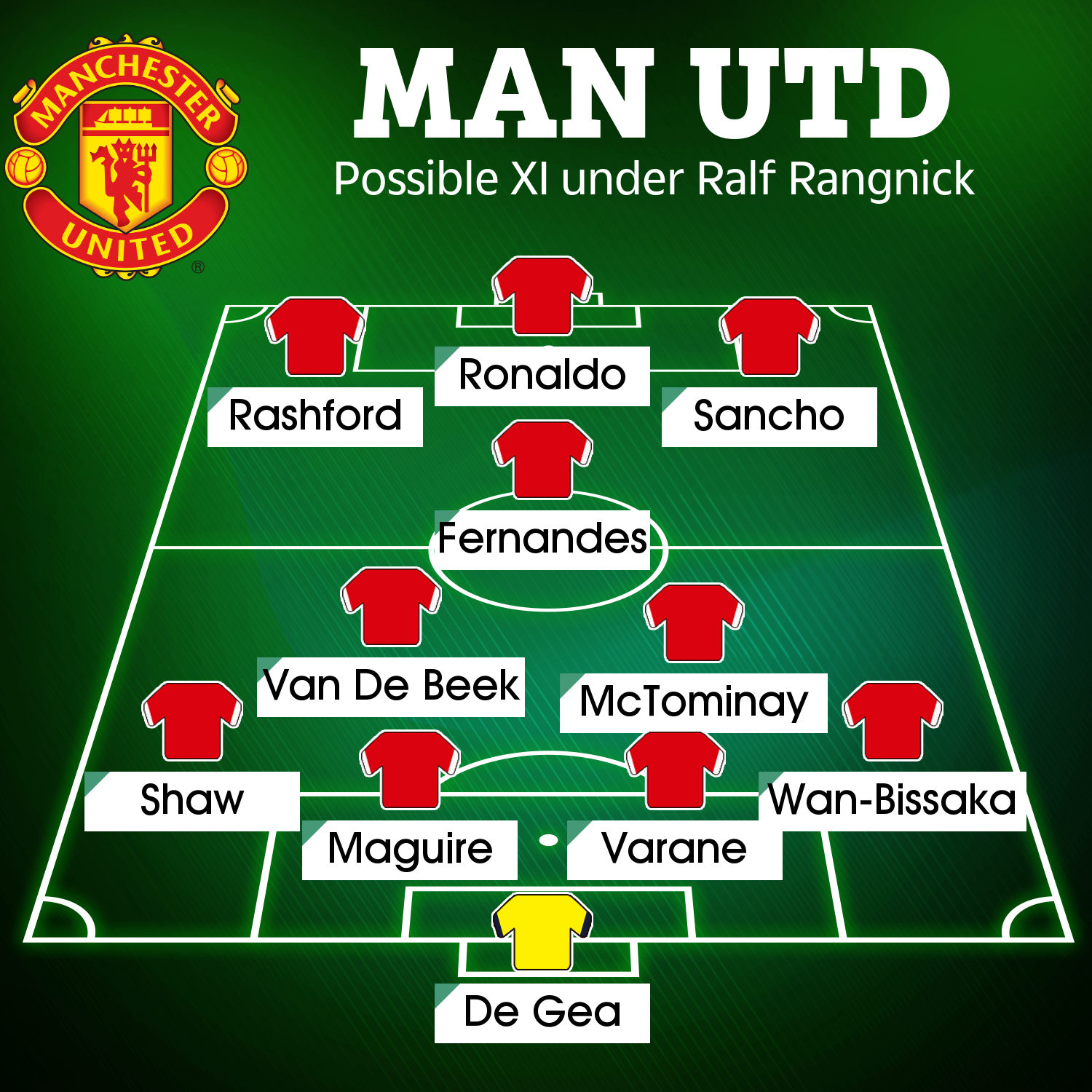 The Red Devils finally negotiated his exit from Lokomotiv Moscow, where he was head of sports and development.

Described as a 'perfectionist' by RB Leipzig forward Yussuf Poulsen, Rangnick expects his team to be highly organised and run their socks off.

Rangnick described his style to ESPN, saying: "We like to press high, with a very intense counter-pressure.

"When we have the ball, we do not like any square or back passes."

The 'very intense counter-pressure' could see stars like Paul Pogba miss out on a starting spot.

Cristiano Ronaldo has also come under fire in recent weeks for his lack of pressing from the front, but he's an attacking weapon often too lethal to leave out.

Donny van de Beek and Scott McTominay are hard grafters, and could both shine in Rangnick's set-up, with Bruno Fernandes playing slightly further forward and given more freedom to roam.

Jadon Sancho – who spent some years in Germany at Dortmund – will be somewhat familiar with the high intensity pressing, and could start out wide on the right.

With Rangnick keen on his full-backs pushing up high – Sancho could be allowed to drift inside.

And academy product Marcus Rashford could start on the left.

A backline with fast wing-back's and aggressive centre-back's will be key to winning the ball back and transporting it up the pitch quickly.

Luke Shaw, Aaron Wan-Bissaka, Harry Maguire and Raphael Varane could all do a job.

Victor Lindelof is often praised for his ball-playing abilities too, and could step in when asked.

Jurgen Klopp describes Rangnick as 'one of the best, if not the best German coach' in world football, and he's not wrong as he's not scared to switch things up tactically.

Rangnick, throughout his career has liked to play with a 4-4-2, but it's not really a formation that looks like it could suit United.

Nonetheless, a switch to the 4-4-2 could see Edinson Cavani make his way back into the starting line-up.

Fernandes has the ability to play in a slightly deeper midfield role and could parter McTominay.

The wingers could stay the same, but Pogba could be brought in to play on the left to help pack the midfield from time-to-time. 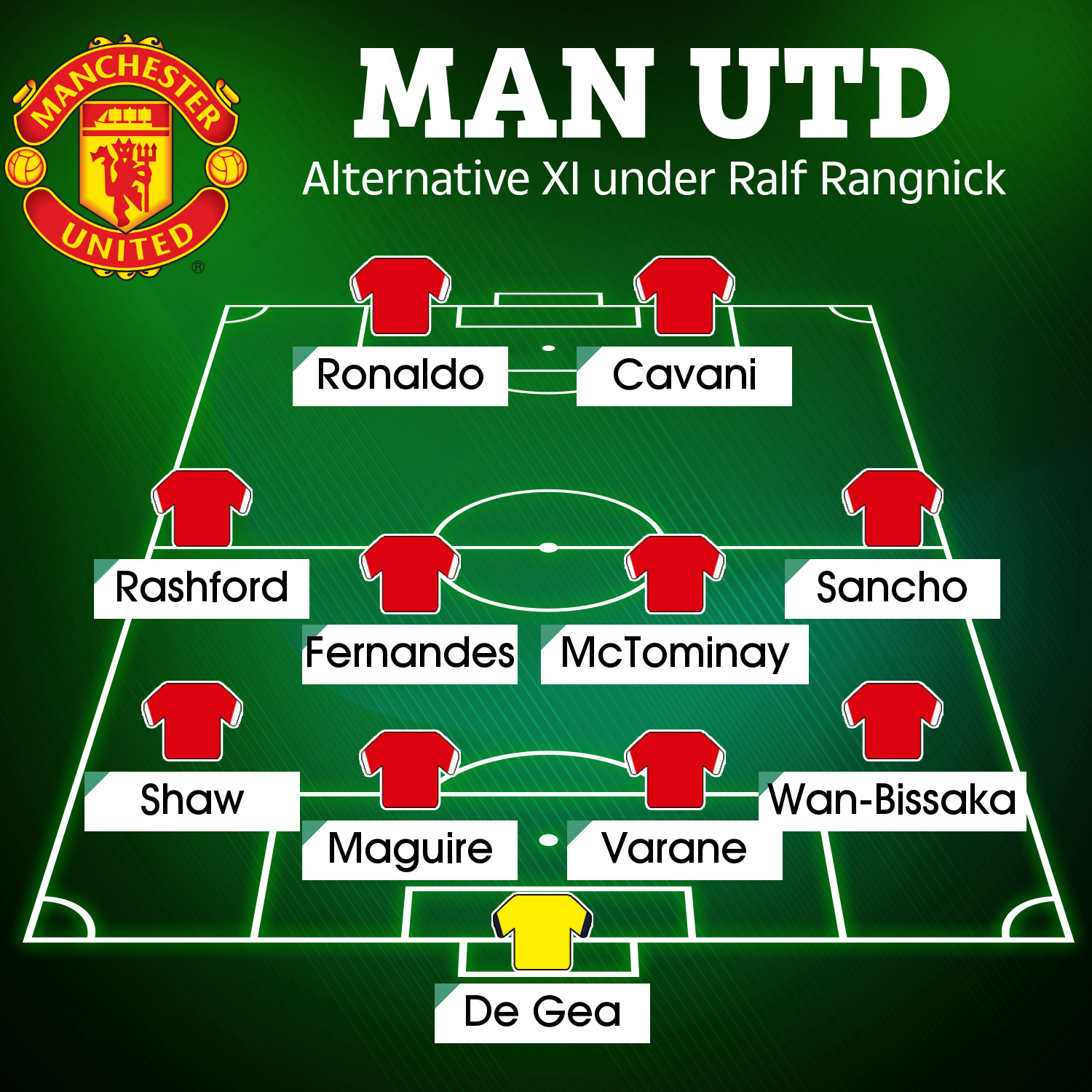