MAX VERSTAPPEN could wrap up a maiden F1 world title with victory in Brazil and Qatar.

The 24-year-old leads Lewis Hamilton by 19 points in the standings – and if the Brit fails to score points in the next two races the title will be Verstappen's. 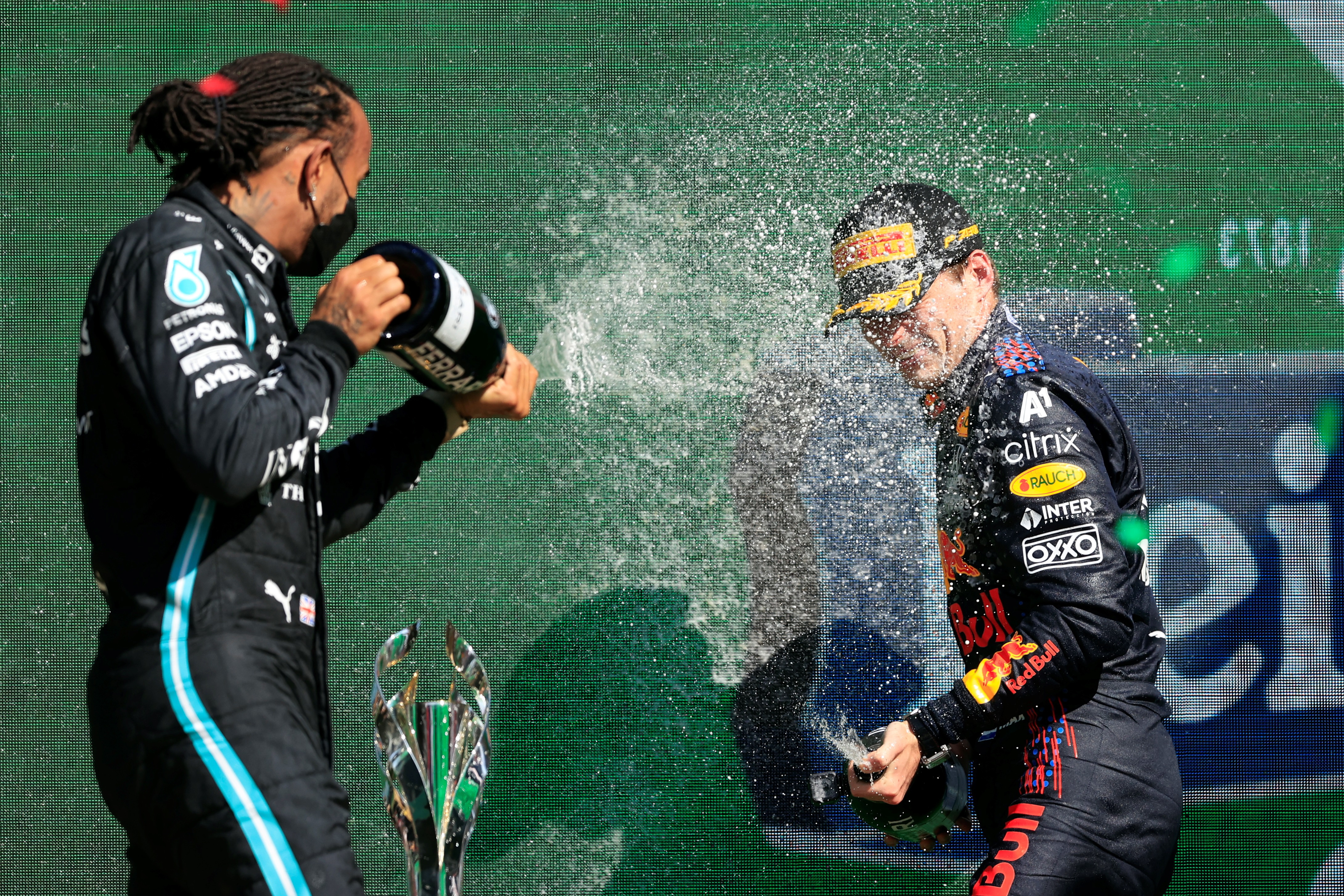 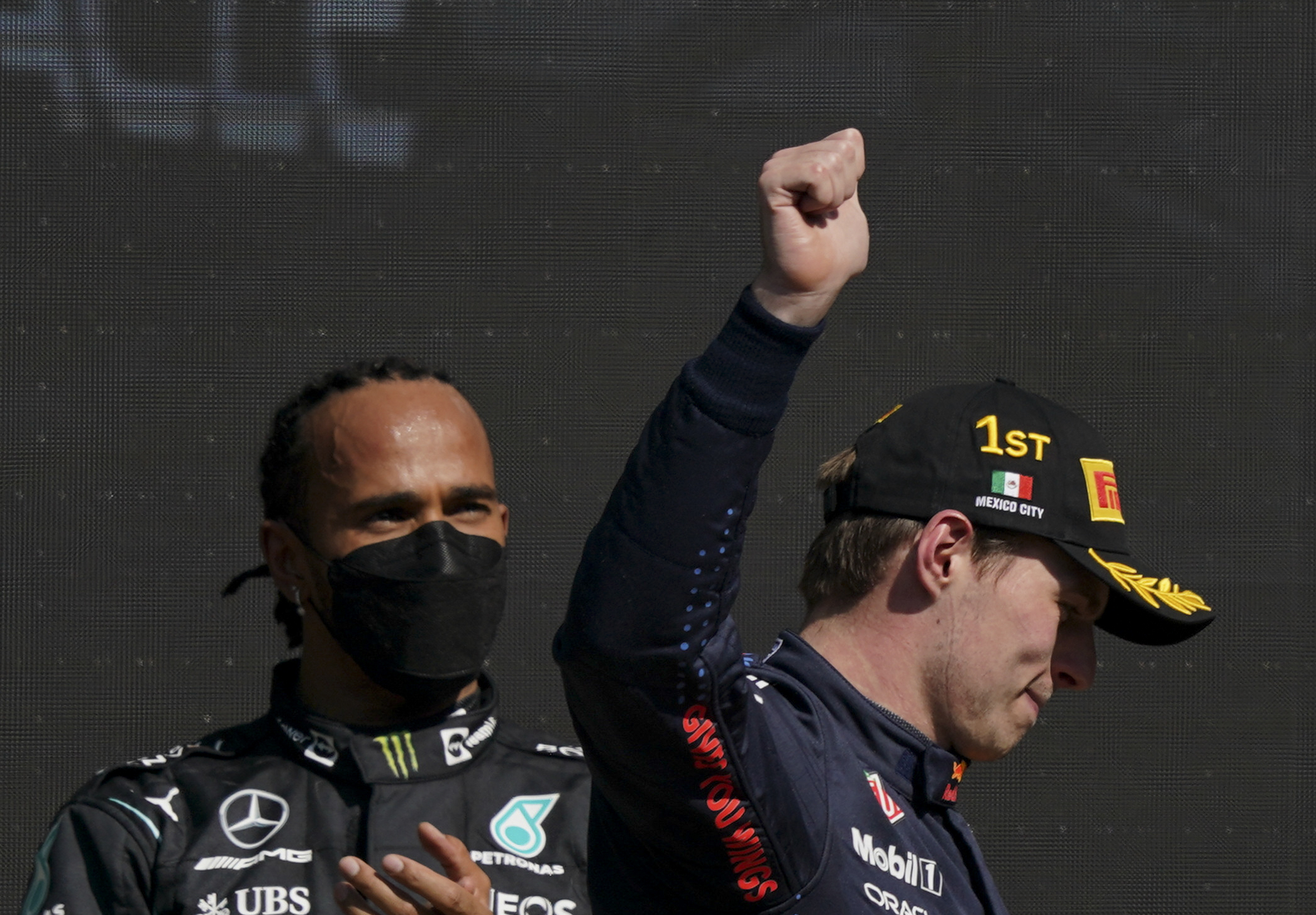 Two wins for the Dutchman would see him add 50 points to his already hefty tally.

That would take him to 362.5 points going into the penultimate race in Saudi Arabia.

And if Hamilton fails to score points in Brazil or Qatar he will stay rooted on 293.5 points.

That means even if he wins the last two races – picking up a maximum 50 points – and Verstappen fails to score it won't be enough to claw back the deficit.

If the season continues with Verstappen finishing first and second respectively, as the last two GP's have done, the Red Bull man would wrap up the title with a race to spare in Saudi Arabia.

If he won the next three races and Hamilton finished second in all three the gap would be 40 points going in to the final GP.

With 25 points on offer for each win three wins seals the title for Verstappen – if Hamilton finished a place behind him on each occasion.

But the writing could already be on the wall for Hamilton with the Mercedes driver is facing a grid penalty at this weekend's Brazilian GP.

The 36-year-old seven-time world champion may have to replace the engine in his car.

That would result in a five-place grid penalty and leave Verstappen well placed to further extend his lead.

And the leader seemingly already has the champagne on ice.

The number 33 is ready to ditch his current number in favour of #1 – reserved for the world champ.

He said: "How many times do you have the opportunity to drive with number one? And it's good for merchandise as well! So it's smart to do that." 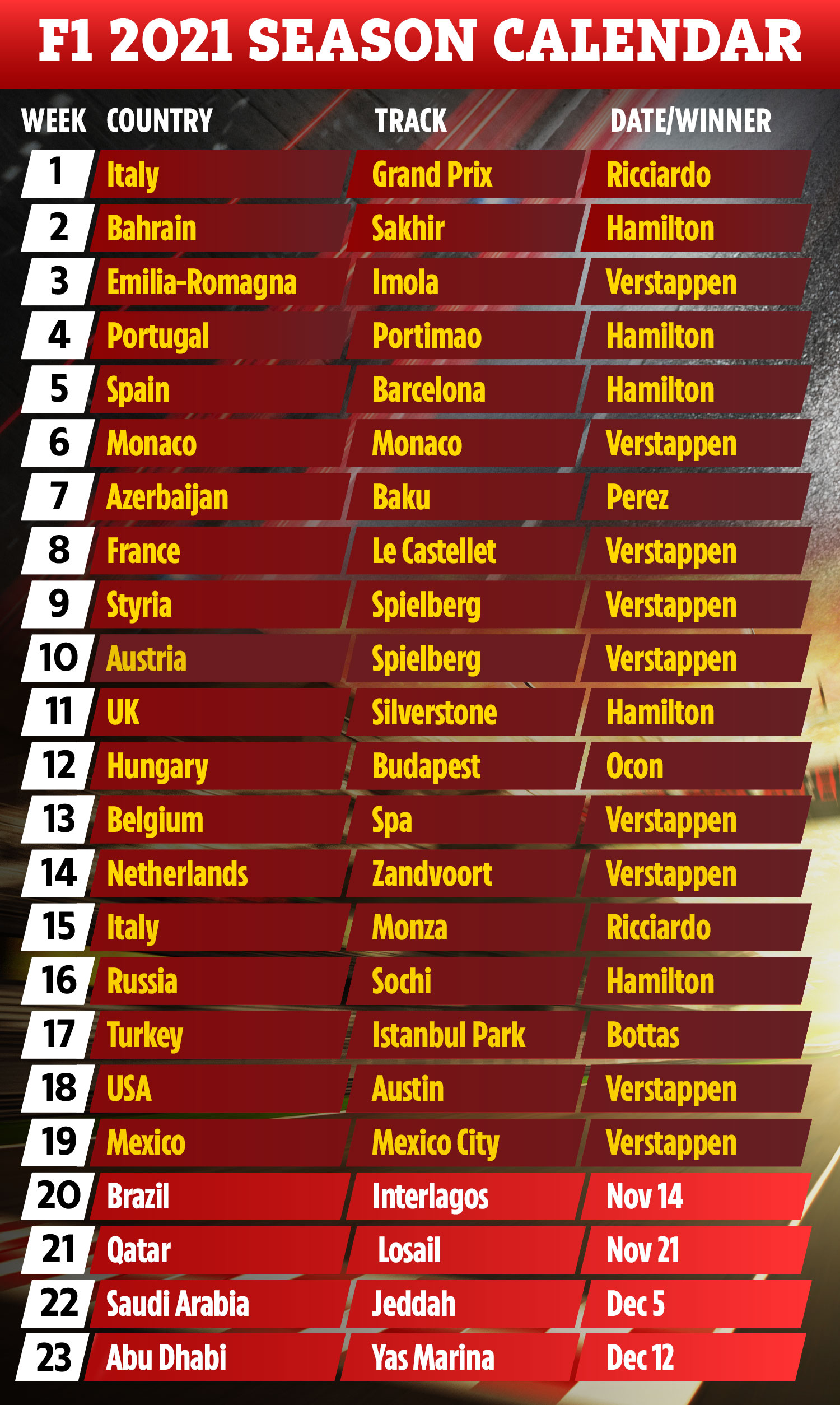