Hughie Fury vs Tyson vs Tommy: How the Furys’ height, weight, record and reach compare

THE Fury name promises to live long in the boxing memory with the fighting family full of talent. 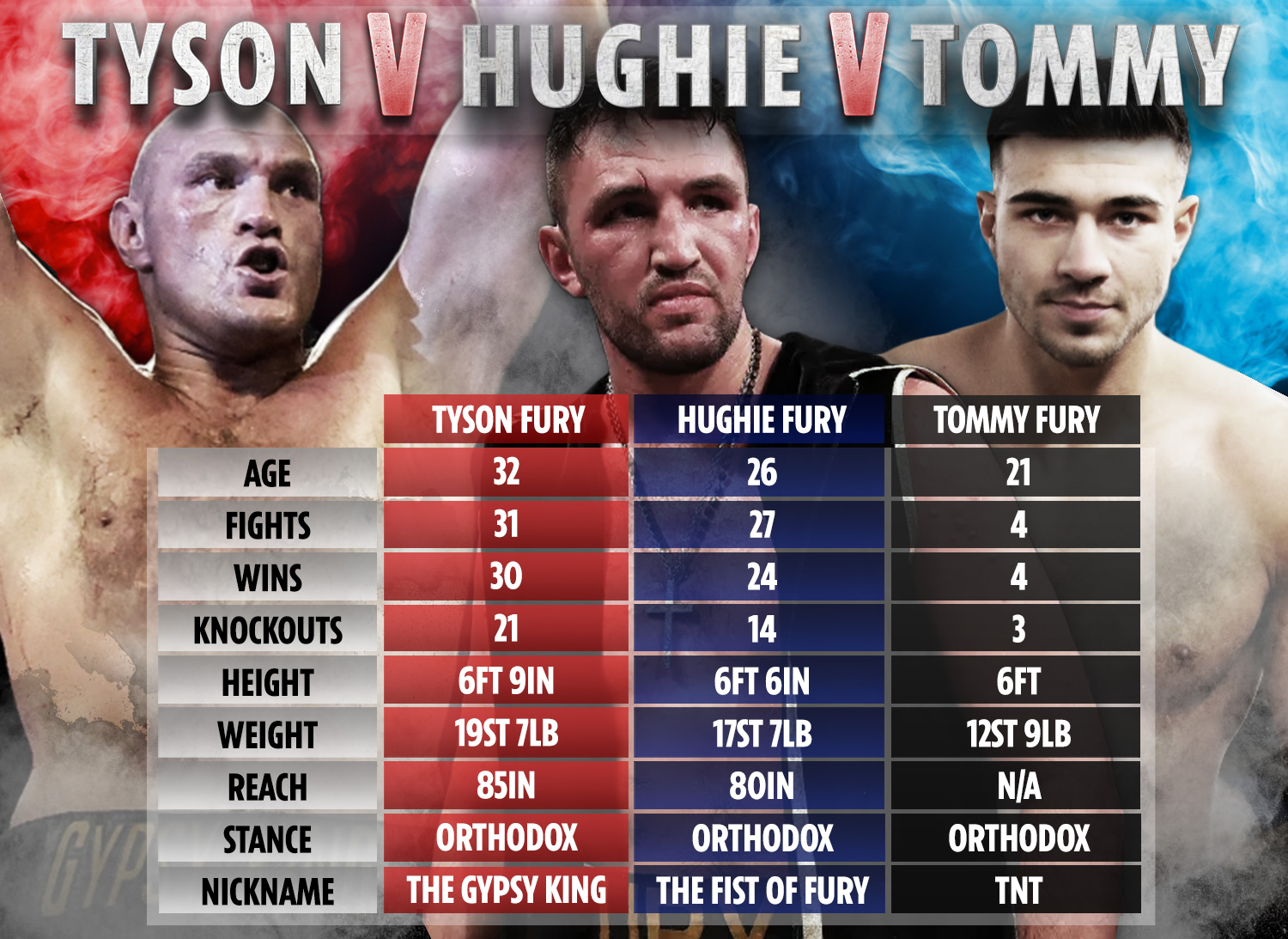 Cousin Hughie came close to doing the same in 2017 but was edged out on points against Joseph Parker.

The youngest, Tommy, made a name for himself in 2019 a totally different way after gaining notoriety in ITV's popular Love Island villa.

At 6ft 9in, the Gypsy King stands the tallest and also has the longest reach with 85inches.

He turned pro in 2008 as an 18-year-old upstart but 12 years and 31 unbeaten fights later he has won the world title twice.

But after a battle with depression and substance abuse, he was forced to vacate the unified belts.

Following almost three years out the ring, Fury returned to the ring and this February completed his miraculous comeback by clinching the WBC crown.

Having also won the Ring Magazine belt, the Gypsy King is considered by many the No1 heavyweight – but needs a decider with Anthony Joshua to settle the debate. 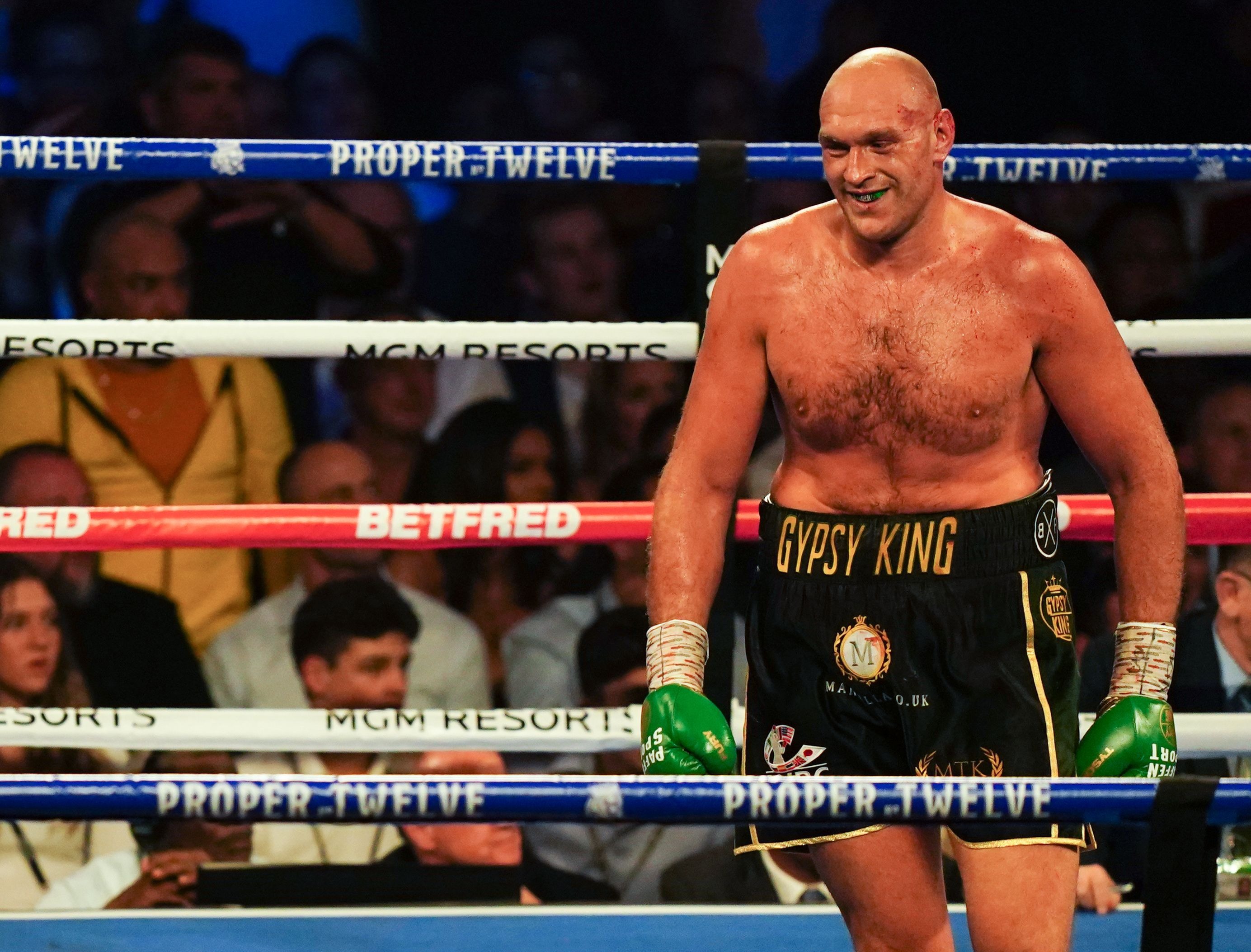 Tyson's cousin and former sparring partner already looked to be the heir to his throne following his first 20 straight wins.

But after losing for the first time, against Parker, Hughie has been beaten twice since.

The setbacks did come against world-level opposition, though, in Alexander Povetkin and Kubrat Pulev.

At only 26, Hughie still has plenty of time to learn from the defeats, but needs a noteworthy name on his record to remind the division of his threat.

He stands at 6f 6in, inheriting some of Tyson's height, and shares a similar slick, back foot boxing style. 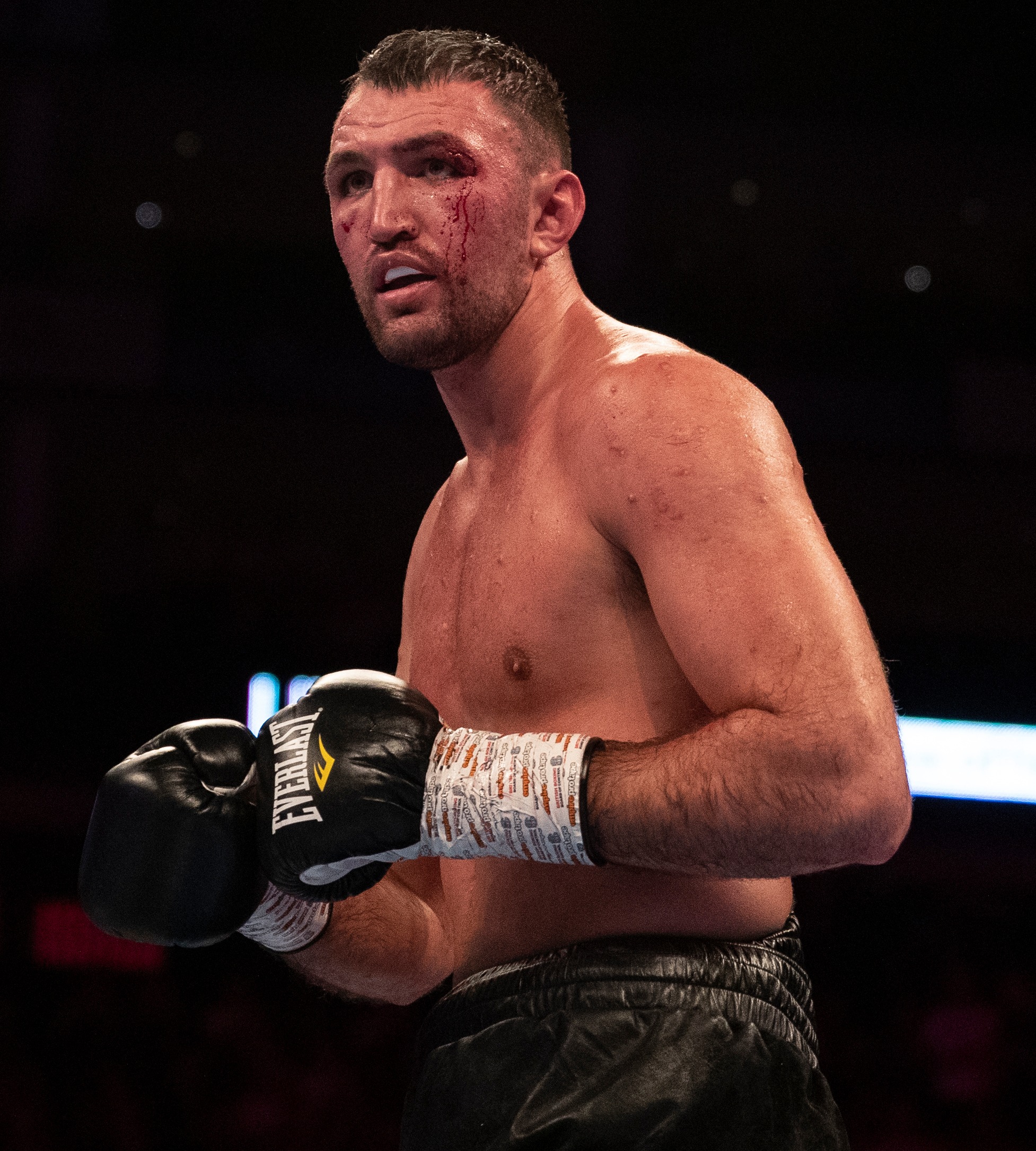 Before the light-heavyweight went on the hit reality TV series, he won his first two pro bouts.

Due to the career of Tyson and Hughie, Tommy debuted with much fanfare.

His summer on the small screen helped him quickly step out of his siblings' shadow, and he already has an army of fans.

Tommy then promised to return to the ring and he did so successfully last December, winning in the first round.

He boxed only once this year, amid problems posed by the coronavirius pandemic, earning another knockout to his name.

Tommy is being primed for a big 2021 having emerged as one of promoter Frank Warren's most popular fighters. 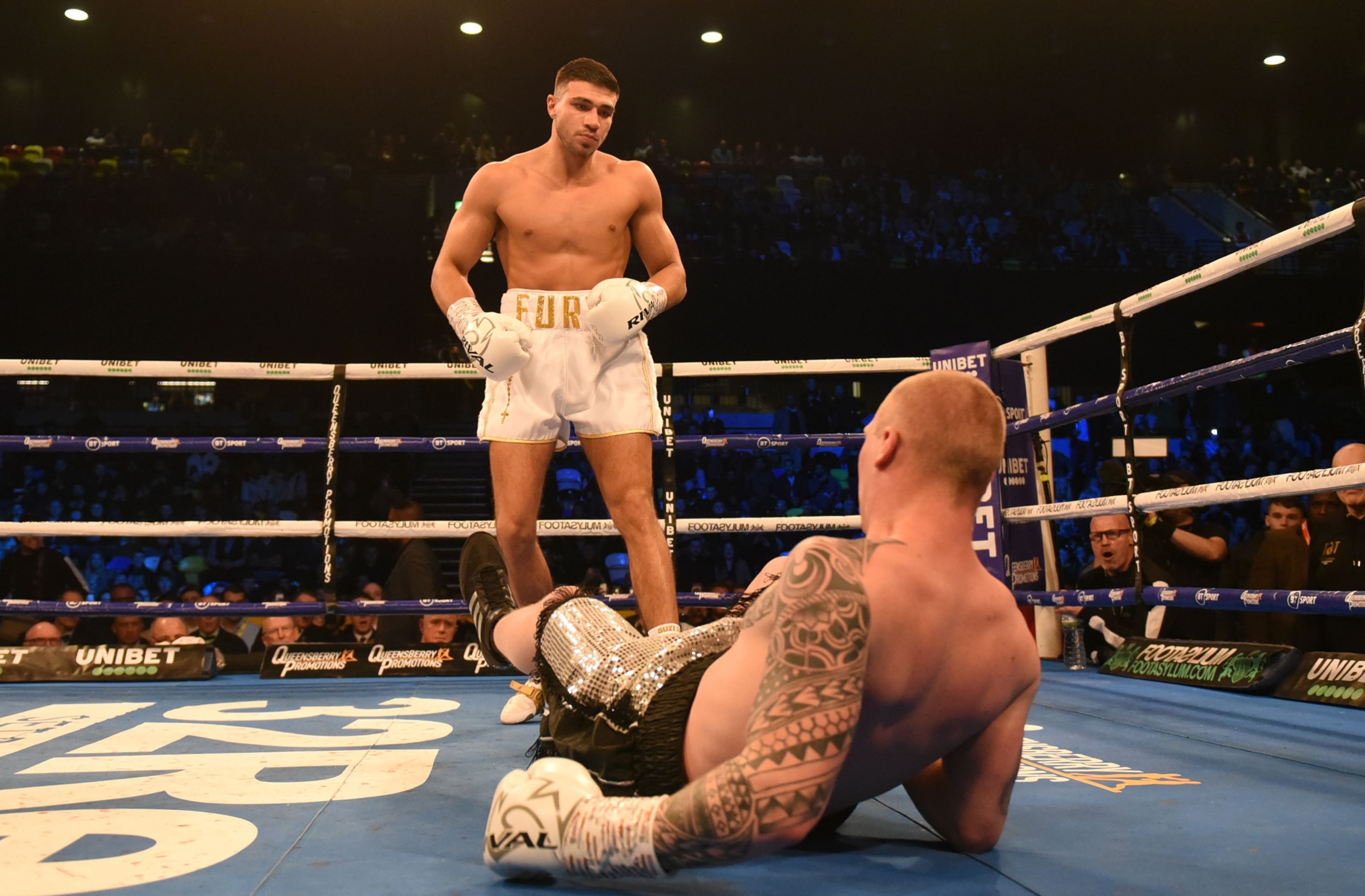