'I thought my eye had fallen out': GB swimmer Pardoe retires after elbow to face 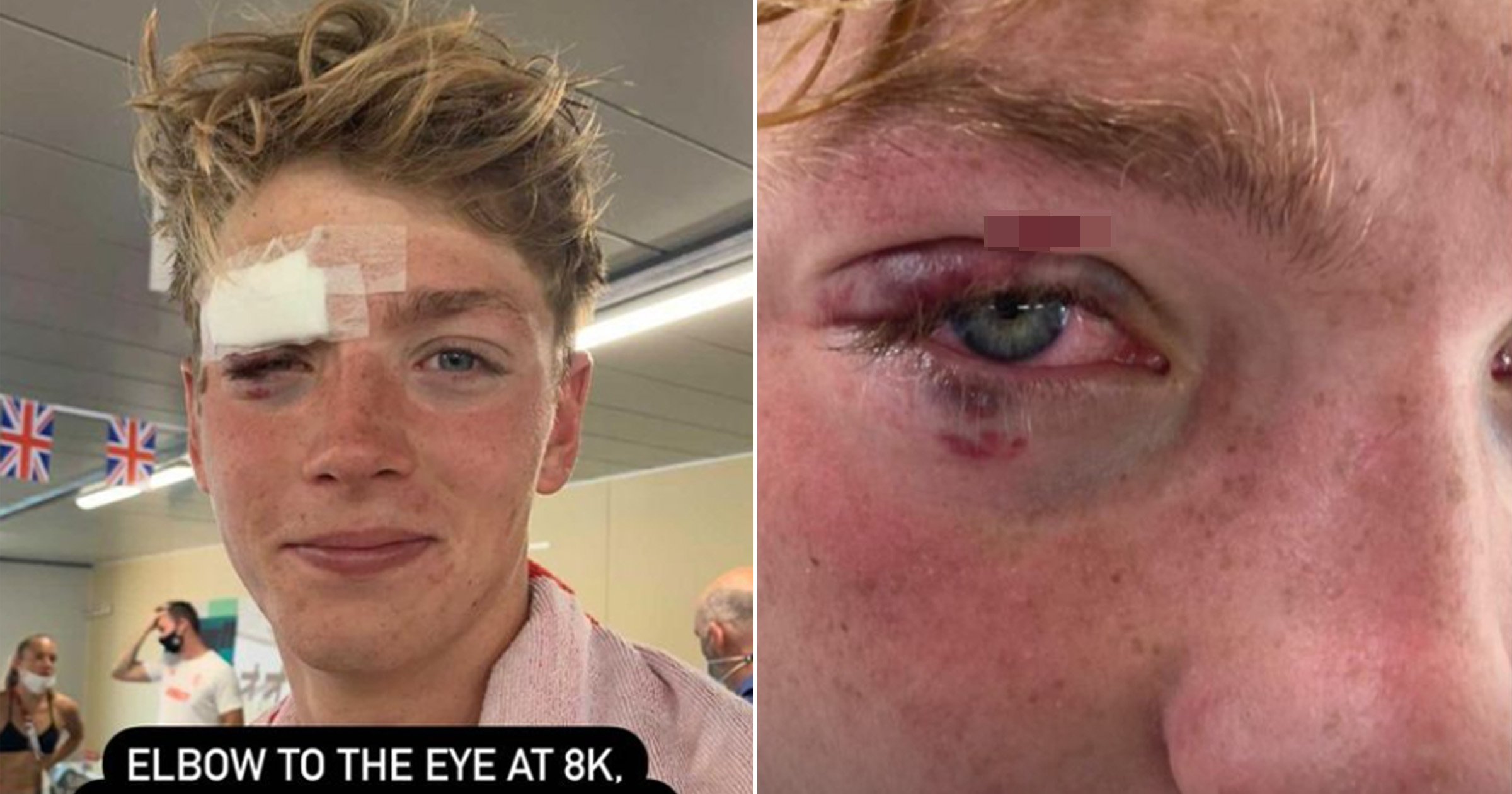 Team GB’s Hector Pardoe was forced to retire from the men’s Olympic 10km marathon swim at Tokyo 2020 after taking an elbow to the face.

As Germany’s Florian Wellbrock claimed gold, Pardoe stopped with just a couple of kilometres left after his goggles were taken off after a stray elbow.

Pardoe thought things were a lot worse and revealed he feared his eye had fallen out in the water.

And he was left with nasty cuts around his eye as his Olympic hopes were dashed in the most painful fashion.

‘On the last lap, I took an elbow to the face, I thought I had lost the eye. My goggles completely came off,’ Pardoe told the BBC after the race.

‘I like to think whenever I get an injury I’d be able to finish the race but the goggles completely fell off.

‘And they weren’t giving me a very decisive opinion. And yeah, I had to get out after that.’

Andy Jameson, who won bronze in the 100m butterfly at the 1988 Seoul Games and was commentating on the race, posted an image of Pardoe’s eye injury after the race.

He wrote on Twitter: ‘Utterly brutal … Great Britain’s @hector_pardoe had to withdraw from the men’s Olympic Marathon Swim (10k Open Water) very close to the end after receiving a forearm smash to the eye socket!

‘Nasty … especially considering he had swimming goggles on! Great effort up ’til then!’