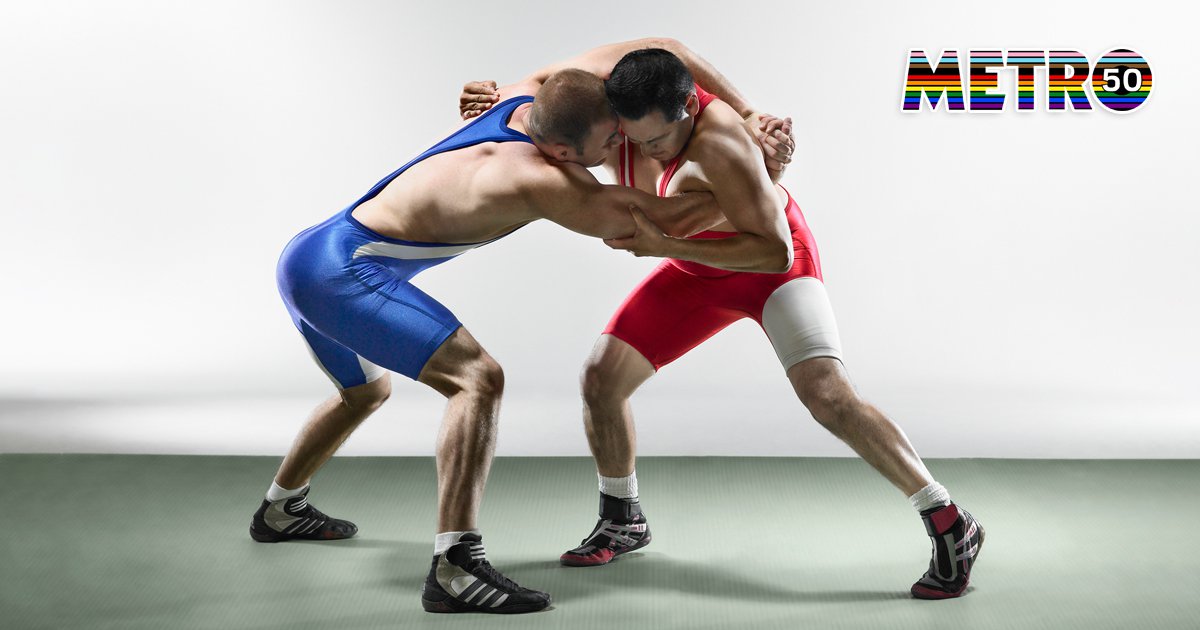 My eyes glued to the screen, I watched the dramatically-costumed and fancily-named wrestlers storm into the ring, full of bravado and theatrical threats, before launching into over-the-top fight sequences.

I was 10 years old and my parents were watching a major UK wrestling event on television. Instantly, I was drawn in.

It wasn’t just about the physical moves themselves – although they were impressive enough – it was the ability to be able to perform, play out a story, and provoke a reaction from the audience.

I would tune in three or four times a week to see my favourite wrestlers in action. These included The Undertaker who was a great performer, and also Stone Cold whose feud with Vince McMahon had me gripped.

But watching wasn’t enough – I wanted to get involved myself.

However, there was one barrier that I felt stood in my way: my sexuality. Wrestling is a contact sport, and I couldn’t help but think that being gay could be an issue.

I battled with my sexuality for many years, holding back who I really was. It wasn’t until I was 20 that I accepted: this is me. When I came out to friends, everyone was accepting.

Still, when I thought about giving wrestling a shot, I believed that a sport often associated with macho men may not accept someone like me.

And when I expressed my interest in wrestling to people, there were some mixed perceptions from ex-work colleagues, or people I socialised with. ‘Are you sure you don’t just want to admire the men in their lycra?’ friends would wink.

They were just joking but I found it frustrating that I’d have to explain time and again that I liked the sport itself, not the men participating in it.

I wanted people to understand that, yes, I’m gay, but that’s just one part of my character. Wrestling could be a whole other facet.

The other thought that went through my mind was that many professional sports stars come out when they retire, rather than when they’re actually practising the sport – especially in football where many stars hold their sexuality back for fear of the response they could get from fans. American football star Colton Underwood, for example, came out on national TV after he had retired from the NFL.

I wanted to be open about my sexuality. It wasn’t a secret.

Eventually, it was seeing an article about a new local wrestling school that persuaded me to take the plunge and finally sign up. I was 34 and it had been a passion of mine for so long.

As a kid, my parents often took me to watch local wrestling shows, usually every other month when the shows took place. Why shouldn’t I go for it because I wasn’t straight?

I attended my first session in July 2019.

I arrived early and remember sitting in the car, a million thoughts running through my mind. I was excited about finally plucking up the courage to do it but also nervous on how I would hide my sexuality at first.

I worried that I’d feel like I wasn’t being myself. I hadn’t hidden my sexuality since my teens and I had been open about it in other areas of my life.

But I thought that this would be a way of testing the water, meeting other people involved in the sport and seeing if I could be accepted into this community.

My best friend came along with me at first and he knew the truth. We agreed before the session began to keep my sexuality a secret.

In the session, we discussed all sorts of things – including our backgrounds – as a way of introducing ourselves to the group. I heard stories from others about their wives, girlfriends and children, which made me really nervous that I would be expected to reveal the same details about myself.

I had been expecting this, but I still avoided answering any personal questions. My friend knew why and happily jumped in to answer questions about himself. I, on the other hand, kept my answers very basic.

I managed to steer away from questions about family, if I was married and if I had kids. I decided to keep it that way for a while, at least until I had settled in and got to know everyone, and they’d got to know me for who I am first.

However, I was about to find out that all those fears and worries were in my mind.

I remember stepping into the ring during the first session, feeling a rushing sense of relief and achievement. Though I wasn’t opening up about my sexuality just yet, I’d made the first move and joined the sport I’d loved for decades. I’d never felt anything like it.

In that session, I learnt about the correct way to bump (landing) in the ring and some of the basic moves, including a hip toss (flipping your opponent over) and clotheslines (where you run at your opponent knocking them down with your arm).

I enjoyed learning how to do the moves and how to put them together to perform. I felt the rushing excitement of that little 10-year-old boy watching wrestling for the first time and fell in love with it all over again.

I did my first show in 2021, which was virtual due to the pandemic. I now perform regularly for shows as a singles competitor and as a tag team with my friend Raphael James.

I currently train twice a week and trained for over a year before my first show. As I started to get to know the others I trained with, I gained confidence and started to lower my barriers. I realised I could be me, and started to understand that there was a chance I would be accepted.

To celebrate 50 years of Pride, Metro.co.uk has teamed up with Kyiv Pride to raise money for their important work in Ukraine.

Despite war raging around them, Kyiv Pride continue to help LGBTQ+ people, offering those in need shelter, food and psychological support.

We will be splitting the funds with akt, a charity dedicated to supporting young homeless LGBTQ+ people.

You can donate here

In October 2019, Quality Wrestling, the academy I have trained with since I started, put a status on their social media supporting National Coming Out Day and I saw the amount of positive responses to the post.

This showed me that my suspicions since I’d actually started wrestling were incorrect: there is absolutely a place in wrestling for gay men, and in fact for anyone!

I had started to notice that those in the industry were supportive of the LGBTQ+ community. Several promotions have run pride-themed wrestling shows – including PCW in the UK and Vibe in the US – and my trainer Rishi Ghosh has championed equality in our training sessions.

I decided that this could be the right moment to ‘come out’ – and I did, by sharing Quality Wrestling’s post and explaining that I am in the LGBTQ+ category.

I felt a sense of relief when I shared the post because I wouldn’t need to hide this part of me anymore. Almost immediately, I received messages of support from across the wrestling industry on my social media, which made me feel at ease with my decision.

One memorable message I received was from a parent of one of the juniors who train at the academy. He thanked me and said he was glad someone like me trains there. I’ve also received messages from people from around the world calling me an inspiration and trailblazer.

Despite the positive responses I received after sharing the post, I was still nervous when I returned to training the following week. I didn’t know what reaction I would get from everyone, because now the people I was training with knew something about me that they didn’t know before.

Would their opinions of me change? Would they treat me any differently, or with a newfound caution?

I needn’t have worried. The response was amazing. I’ve always known how good Quality Wrestling is and how they support and embrace everyone – but I had now spoken about my sexuality publicly and not one wrestler had changed their perception of me. If anything, I found more support in the wrestling community than I ever thought possible.

I did a show recently where my opponent mentioned it, and said that it was a positive thing for the industry and that being gay shouldn’t be a factor. Wrestling is for everyone.

I was overwhelmed by the response – and I soon discovered by searching online that I’m not the only LGBTQ+ wrestler, there are many around the world which gives me a sense of pride.

When you dive deeper into wrestling, you realise that there are some notable wrestlers – including Pat Patterson who was openly gay behind the scenes and forged a huge career as a powerful gay voice in the sport after coming out publicly in 2014 – proving that there is a place for everyone.

Since then, I have taken part in many wrestling matches and trained with many amazing people, with no one ever questioning a thing. My husband has been welcomed to matches, too, and is there to support me at all my shows.

I enjoy wrestling as a gay man because I want to help inspire others and encourage them not to hold themselves back.

I want my journey to help people – LGBTQ+ or not – achieve their dreams, just like I did mine.

During Pride Month, which runs from 1 – 30 June, Metro.co.uk will also be supporting Kyiv Pride, a Ukrainian charity forced to work harder than ever to protect the rights of the LGBTQ+ community during times of conflict, and youth homelessness charity AKT. To find out more about their work, and what you can do to support them, click here.