AN ice hockey fan humiliated his girlfriend with a brutal fake proposal prank while on the arena's "Kiss Cam" – leaving her furious.

During the NHL clash between the New York Islanders and the New Jersey Devils, the young couple appeared on the jumbotron at the Nassau Coliseum. 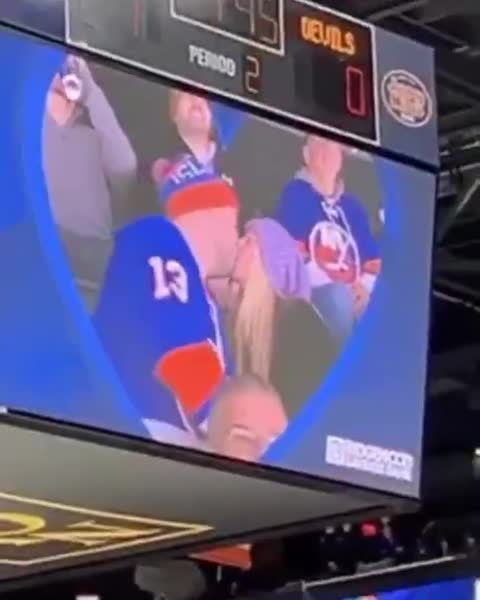 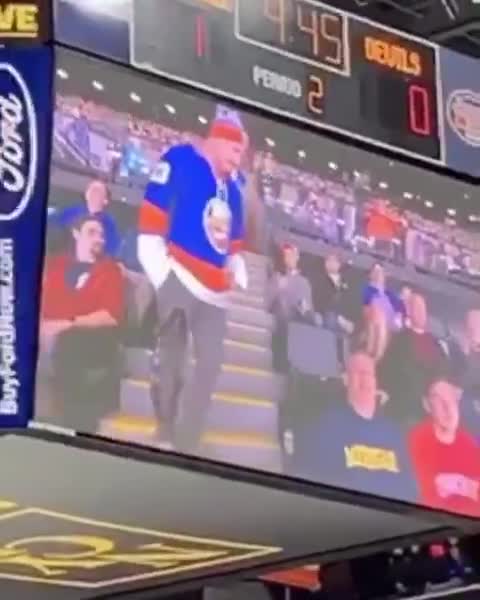 The camera was panning around the arena looking for happy couples for the Kiss Cam.

And these lucky two obliged, with the man giving his girlfriend a quick peck on the lips.

He then gets down on one knee, with his girlfriend left in clutching her mouth in stunned excitement – as an audible gasp was heard around the stadium.

But as he reached down, all the while fishing around his pockets, he instead ties his shoelaces and takes his place back at his seat.

His fuming partner then throws her hands in the air in exasperation, before quickly disappearing out of shot.

Not only does the man not get engaged, he may even have found himself single before the night was over.

And fans on Twitter were quick to have their say, with one writing: "The end of their relationship… televised." 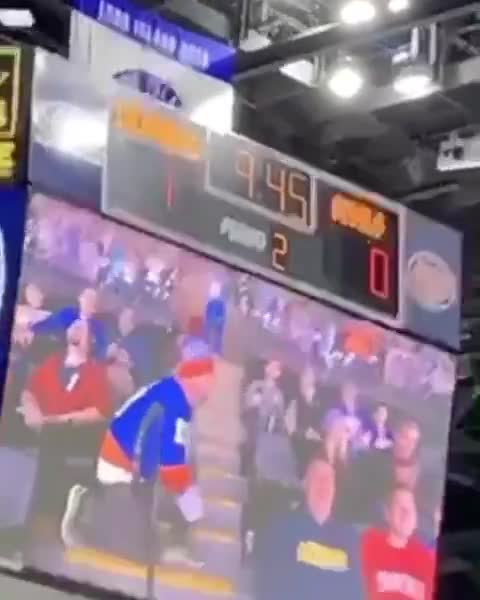 In the same post the tweeter posted an image of Saruman from Lord of the Rings captioned: "So you have chosen… death".

Another wrote: "Savage. Only in the US…"

But the fake proposal was not even the only cringeworthy Kiss Cam moment of the week in New York – after Knicks fans were left "grossed out" by one couple's make-out session.