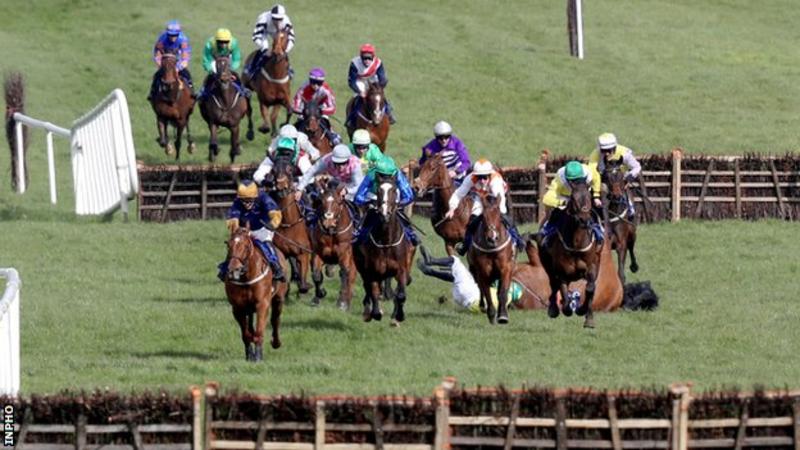 Irish horse racing is to be halted after new restrictions were announced because of the coronavirus pandemic.

Action has been taking place behind closed doors but no fixtures will now be allowed until 19 April at the earliest.

Taoiseach Leo Varadkar announced on Tuesday that all sporting events in the Republic of Ireland will be cancelled from midnight.

Among the events affected will be the Irish Grand National on 13 April.

Irish racing fixtures have been held behind closed doors since 13 March, whereas British racing continued with spectators for two more days before following suit and then being suspended on 17 March.

Tuesday’s seven-race card at Clonmel will be the last Irish fixture until at least 19 April.

The five-day Punchestown Festival, the finale to the jump racing season, is due to start on 28 April.