Israel Adesanya vs Jan Blachowicz tale of the tape: How light-heavyweight pair stack up ahead of UFC 259

ISRAEL ADESANYA will attempt to become only the fifth man to reign two UFC divisions simultaneously when he challenges Jan Blachowicz.

The current middleweight king steps up to light-heavyweight on March 6, headlining UFC 259. 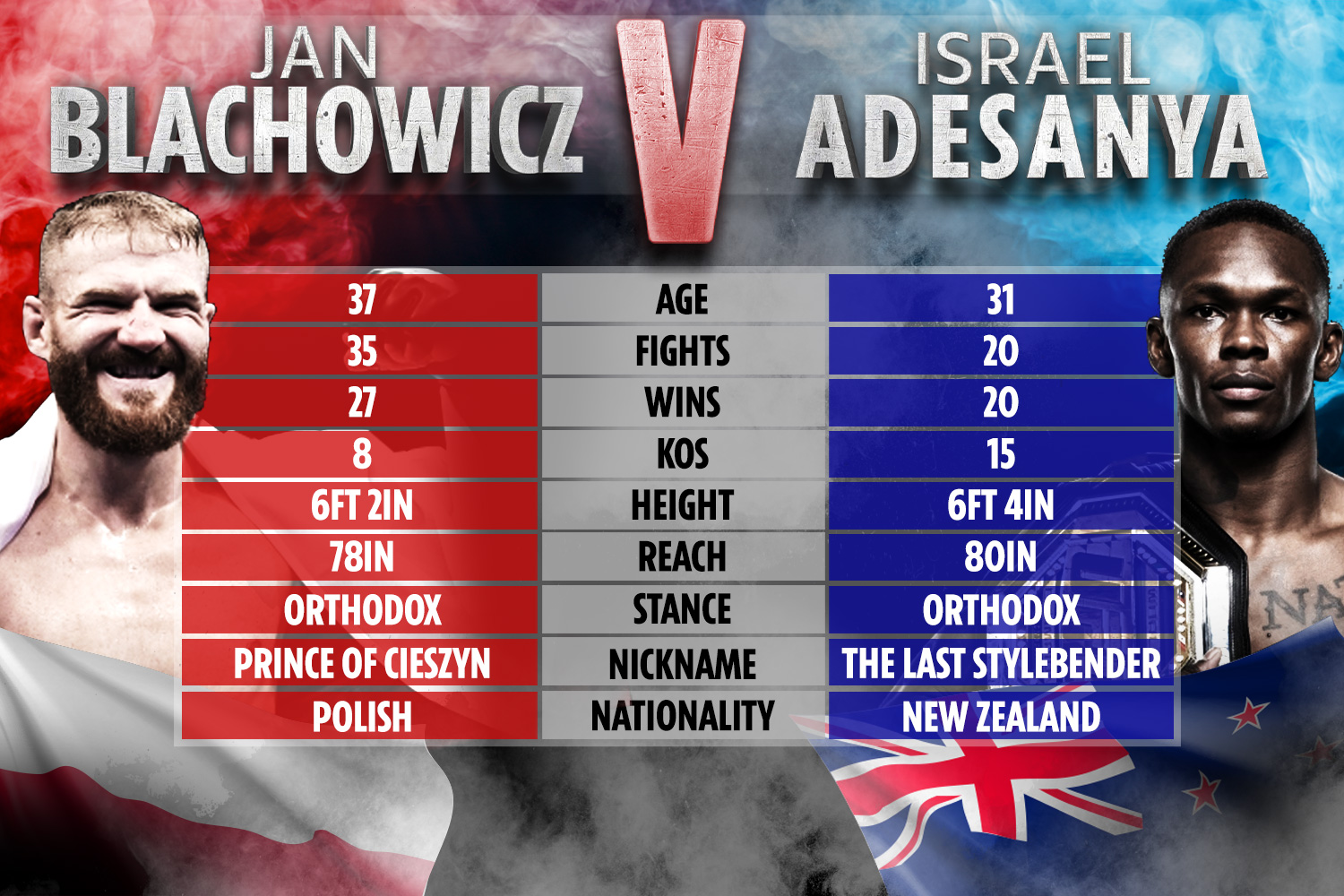 But Adesanya will have his work cut out by Pole puncher Blachowicz, who has lost just once in his last nine fights.

Here SunSport breaks down how the two compare.

Adesanya has become the latest breakout star to find himself on the cusp of superstardom.

He joined the UFC in 2018, six years after turning pro in MMA, having had a world title winning kickboxing career beforehand.

Immediately Adesanya's elusive, switch-hitting style and eye-catching striking made him a fan-favourite.

But his performances backed up the hype and in 2019 the New Zealander beat UFC icon Anderson Silva.

Just two months later he knocked out Kelvin Gastelum in a thrilling fight of the night to win the interim belt. 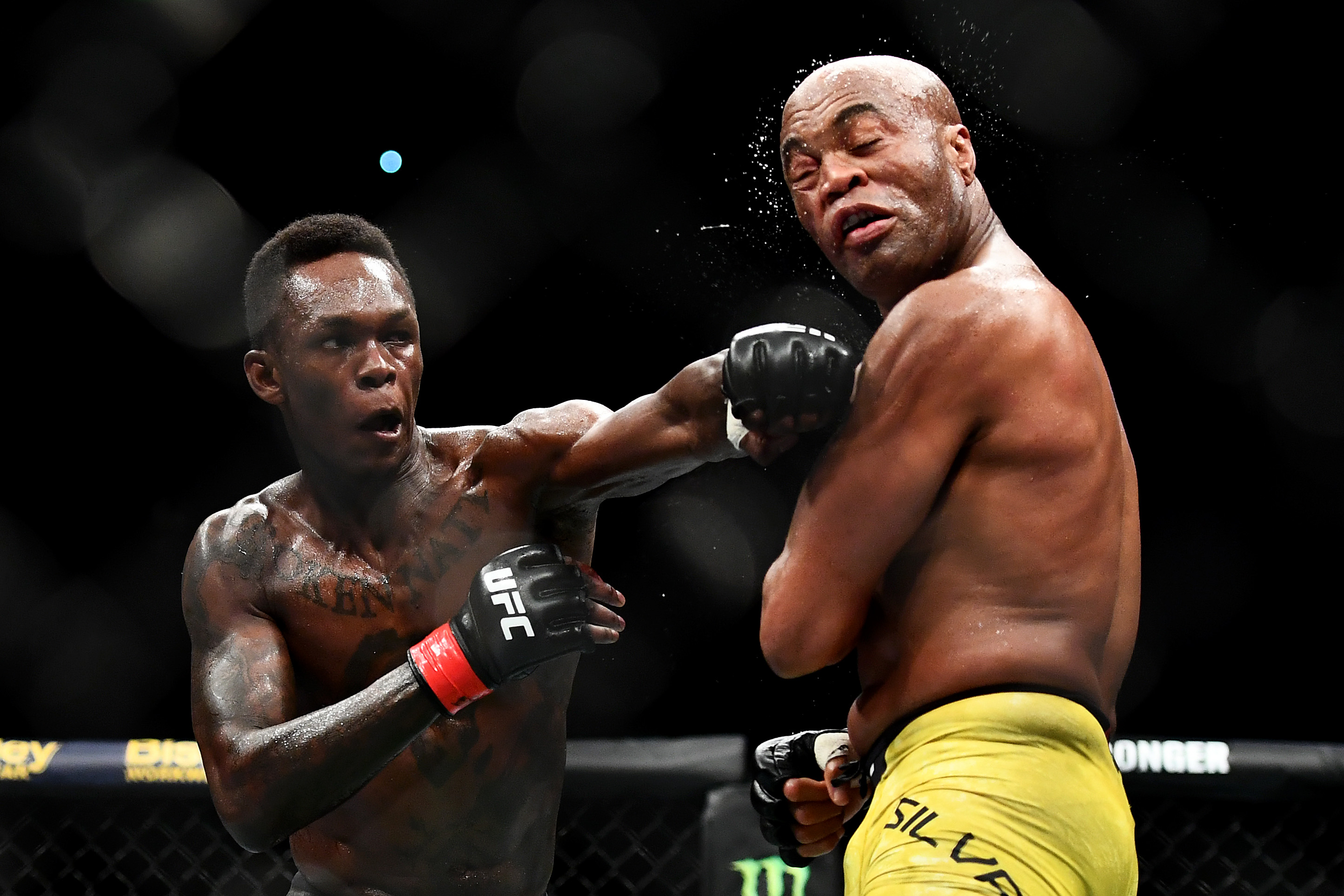 It set him up with a blockbuster undisputed title decider with Robert Whittaker which sold a UFC record 57,000 tickets.

Adesanya lived up to the history-making occasion by emphatically stopping Whittaker in two rounds.

He has since beat Yoel Romero and Paulo Costa to defend his title.

The expert puncher has 15 KO's to his name and 50 per cent significant striking accuracy, meaning he lands half of his power punches.

He also has an 86 per cent takedown defence, meaning eliminating Adesanya's greatest asset is no easy feat. 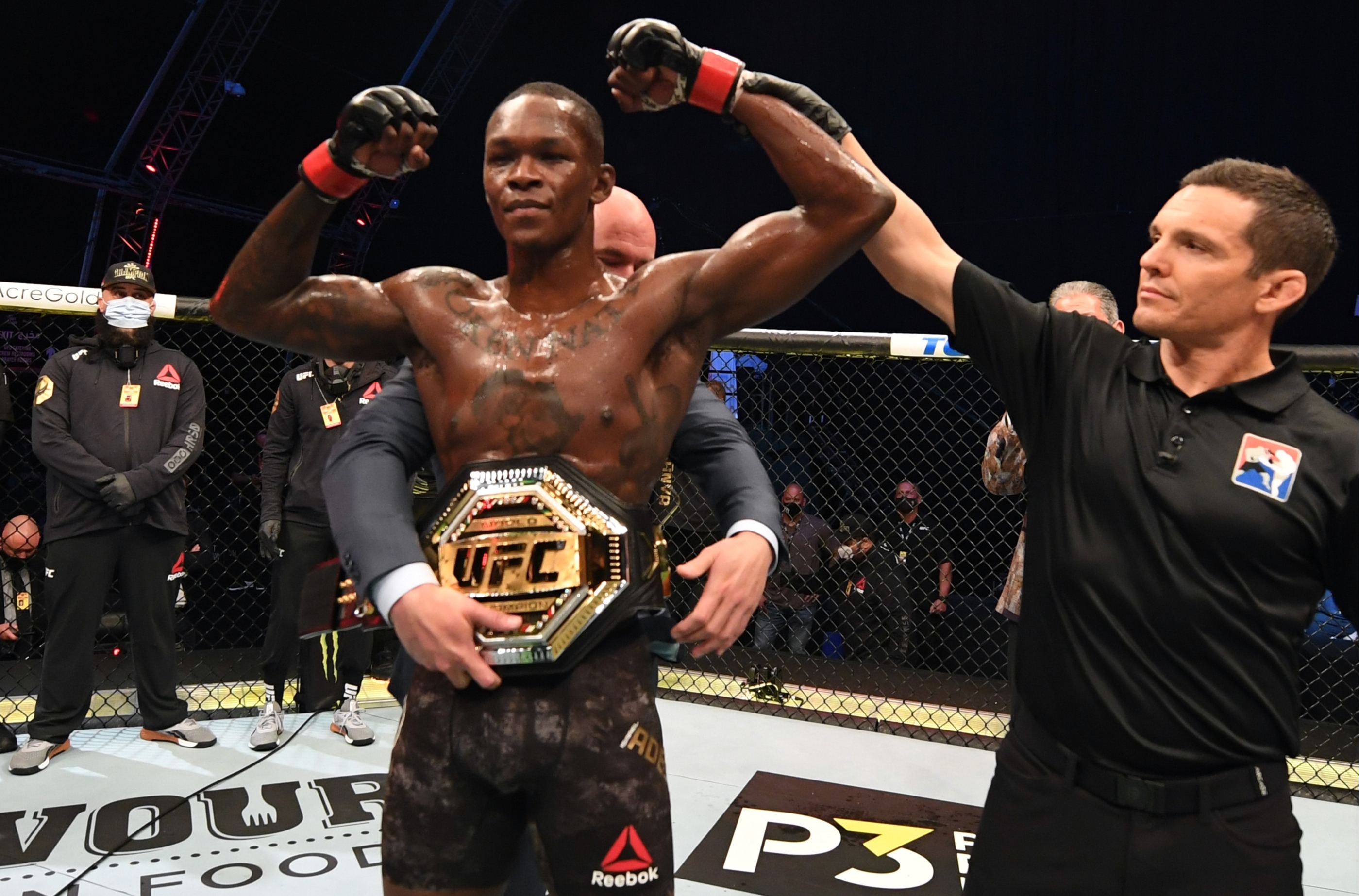 Blachowicz was a champion in his homeland with European promotion KSW before he signed for the UFC in 2014.

But he got off to a hit-and-miss start in America, losing four of his first six bouts.

Blachowicz's form turned around in 2017 when he beat Devin Clark by submission, setting up a four-fight win streak.

He was then beaten by Thiago Santos in 2019, his last lost to date.

Thanks to another four wins on the spin, against the likes of Luke Rockhold, 'Jacare' Souza and Corey Anderson, Blachowicz was handed his first UFC title shot. 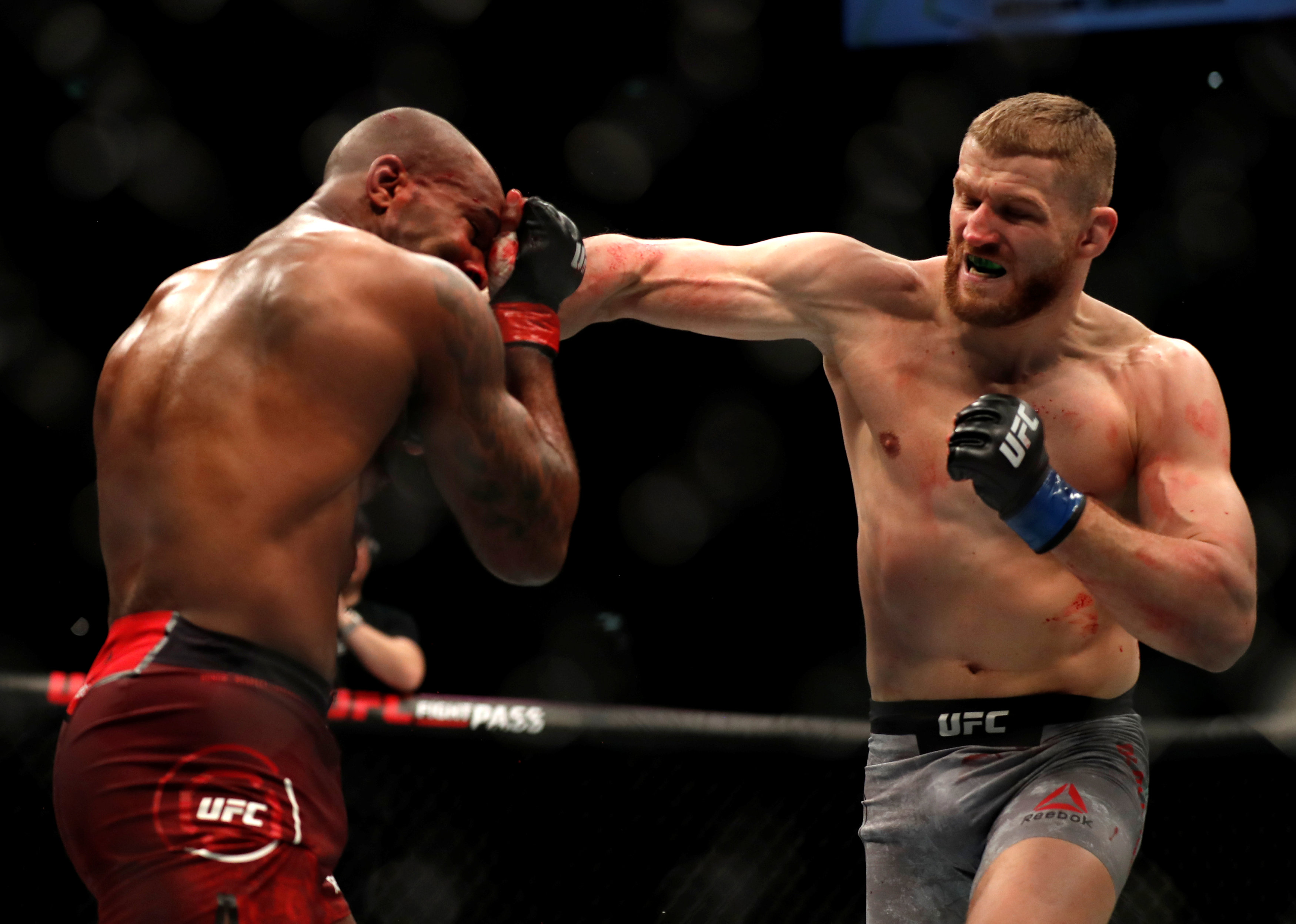 It came after long-time divisional ruler Jon Jones vacated his crown to prepare for a move up to heavyweight.

Dominick Reyes had just lot a narrow decision against all-time great Jones, with many feeling he deserved the nod.

It meant Reyes was a favourite to beat Blachowicz at UFC 253 last year, but the script was ripped up.

He battered Reyes' body with kicks and then finished the job in round two.

It meant at the age of 37 and after 13 long years, Blachowicz was UFC champion and received the credit his up and down career warranted. 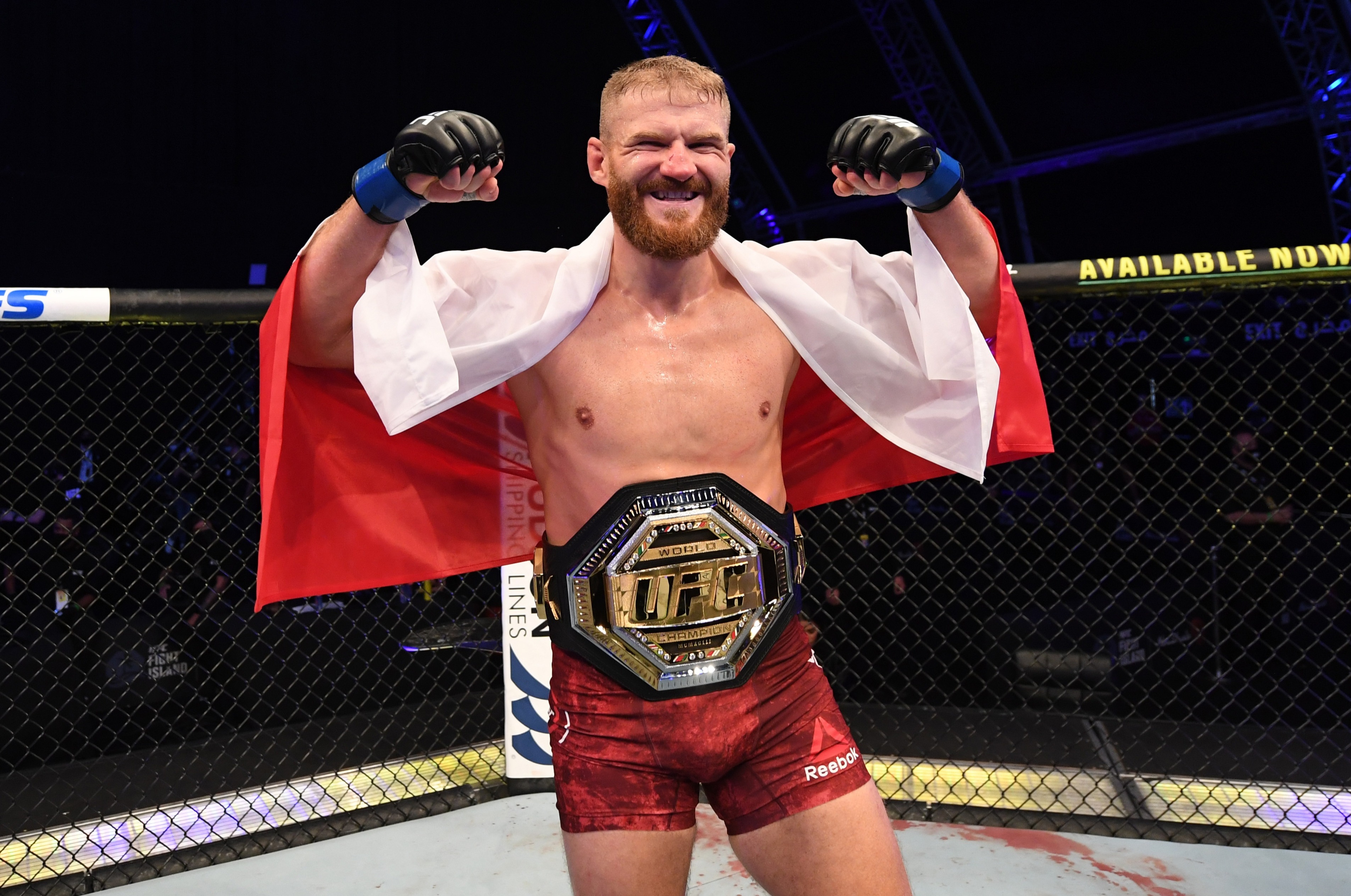