The winger has not played since he featured for 52 minutes in a 1-1 draw with Chelsea on October 22. 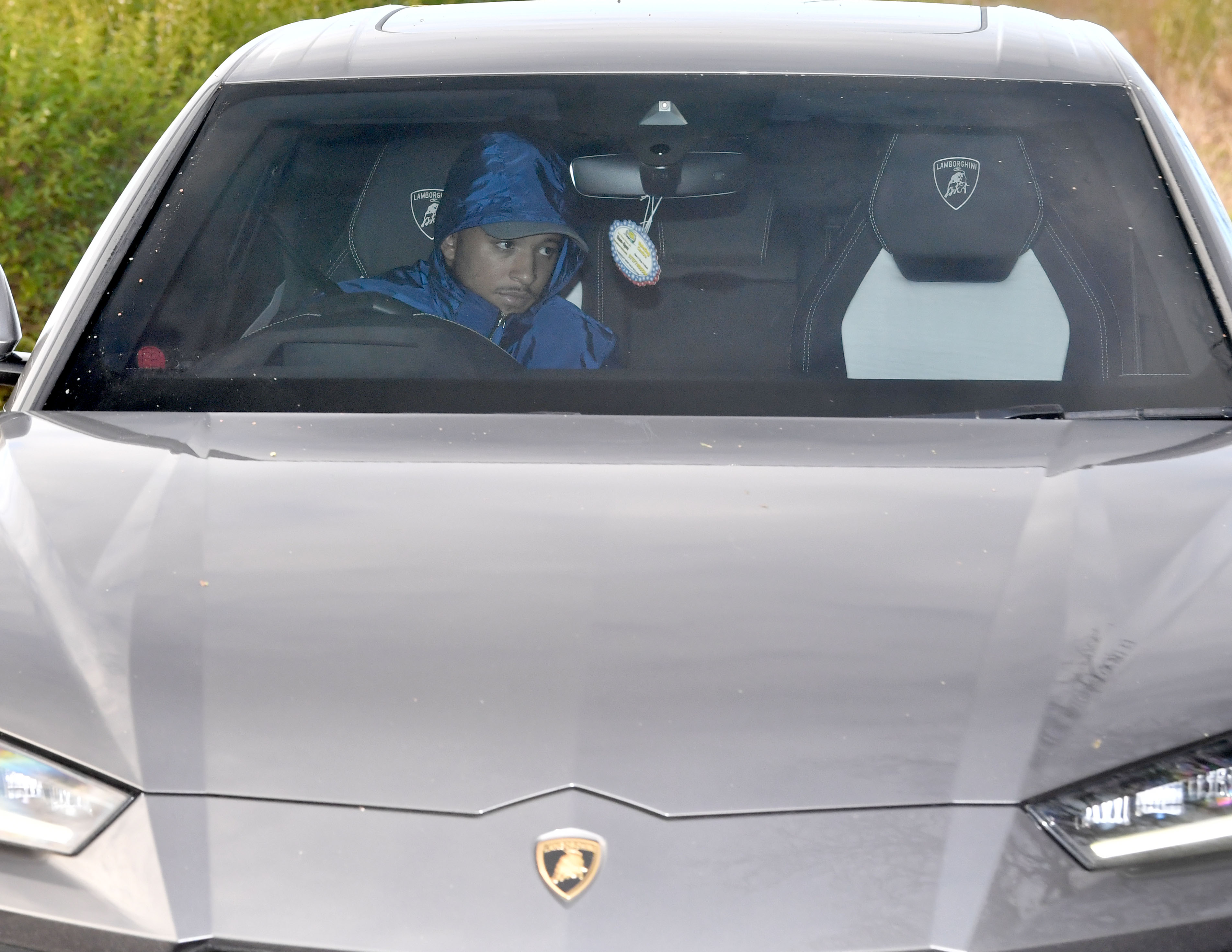 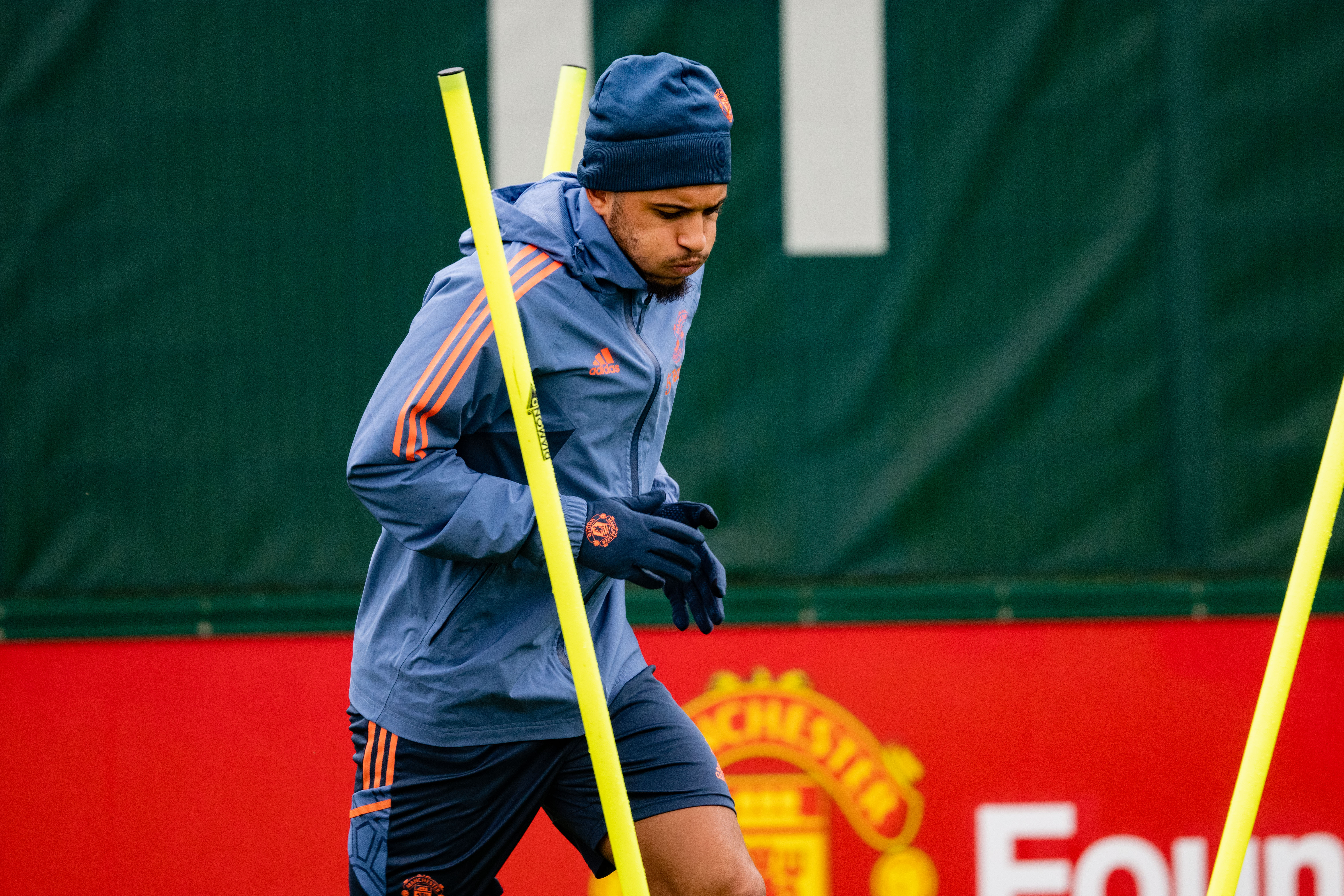 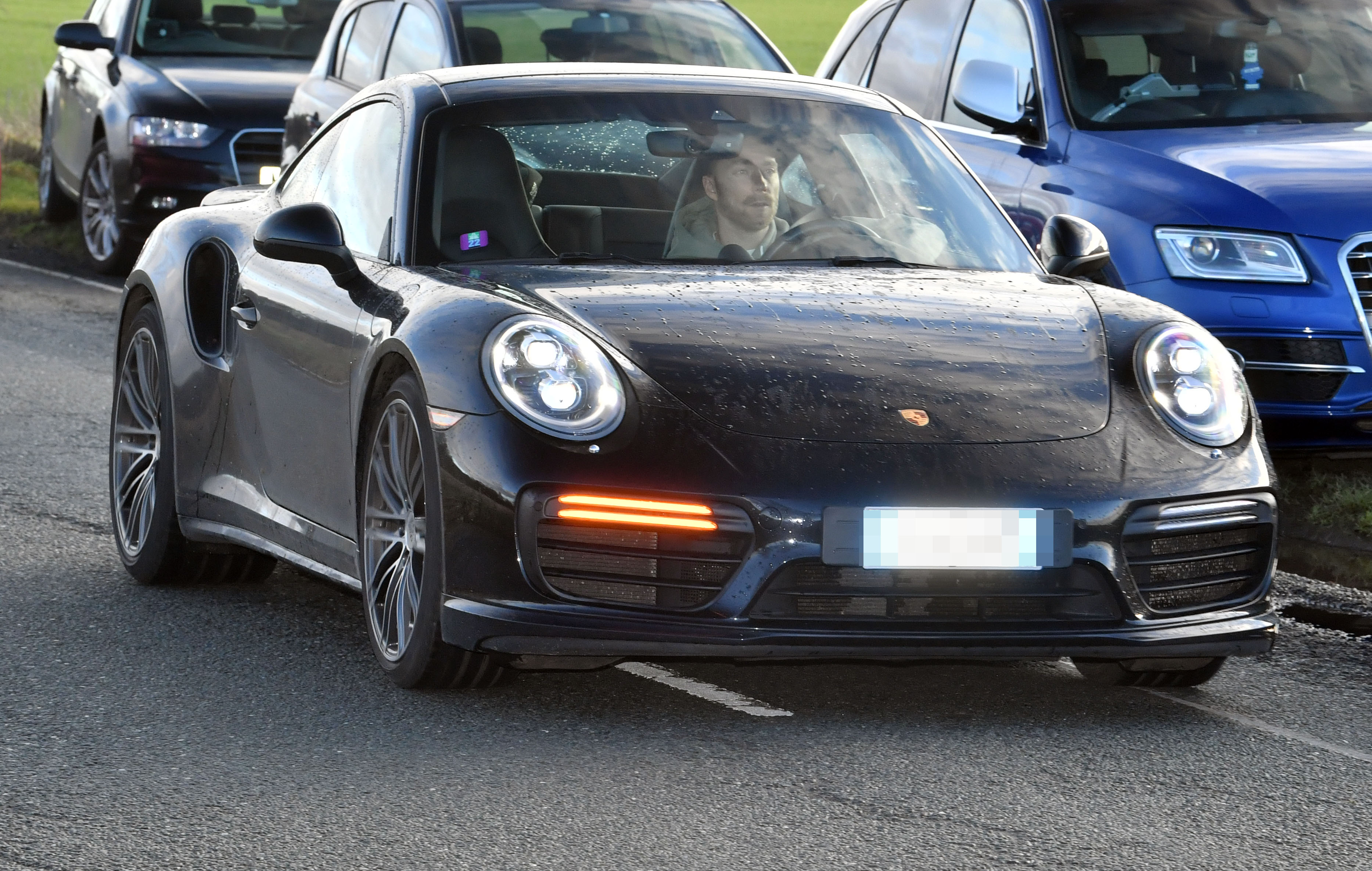 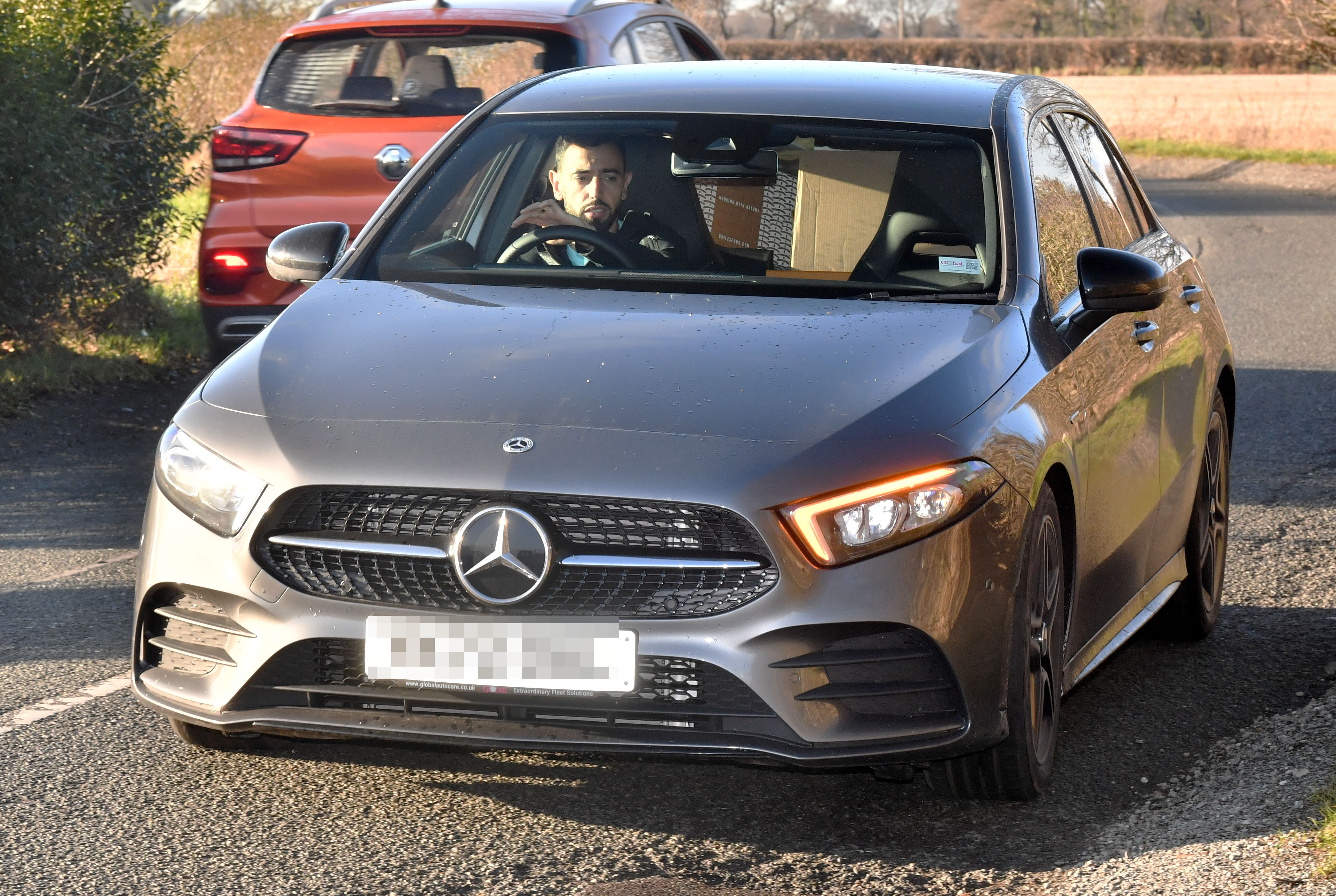 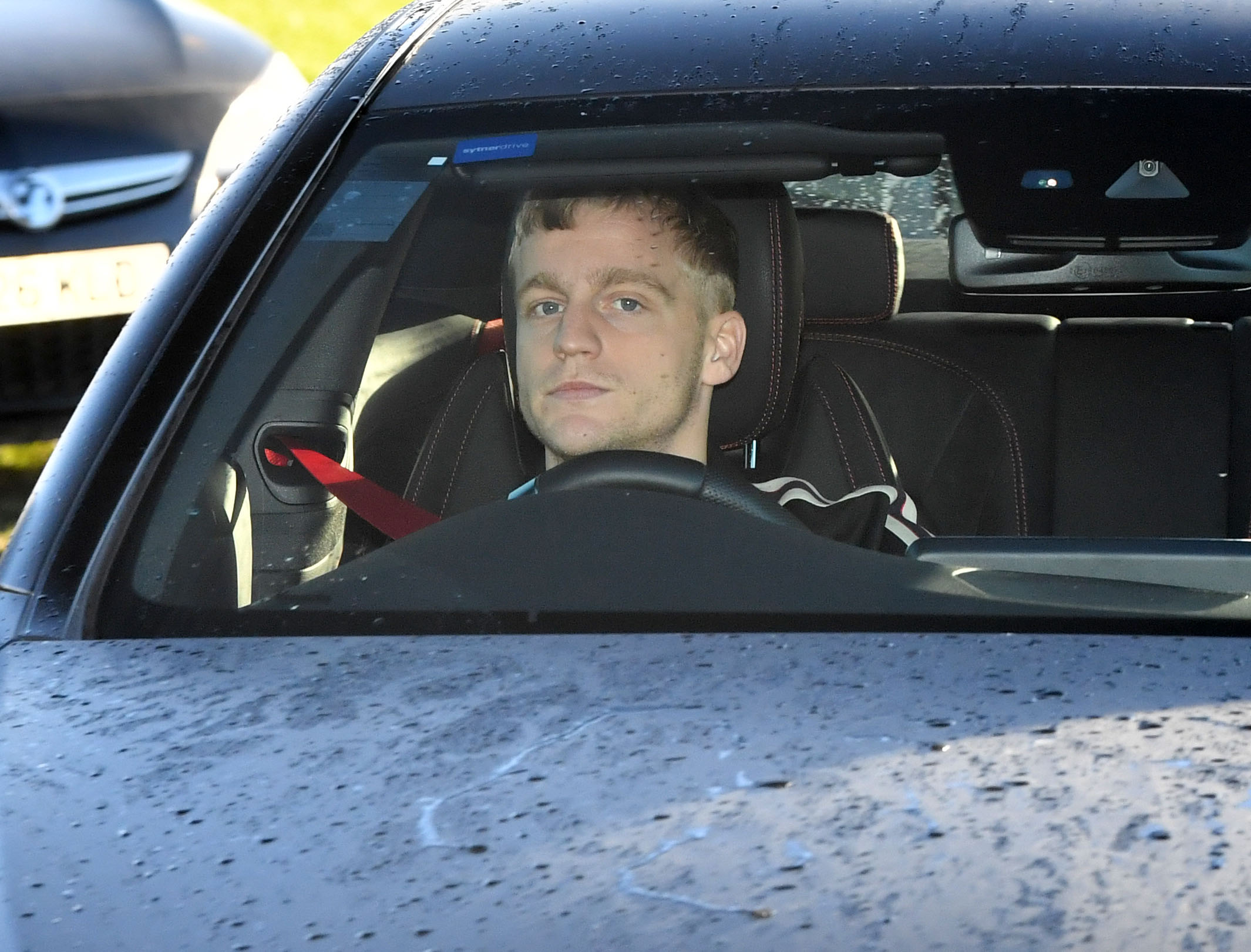 Sancho was recently sent to Holland to train alone after manager Erik ten Hag became concerned over his physical and mental readiness.

The boss recently suggested he has made progress and that he is in individual practice away from his team-mates.

He did not join Man Utd's warm-weather camp in Spain during the World Cup and he has also been seeing a sports psychologist.

It is unclear when Sancho will be back playing for the first-team. 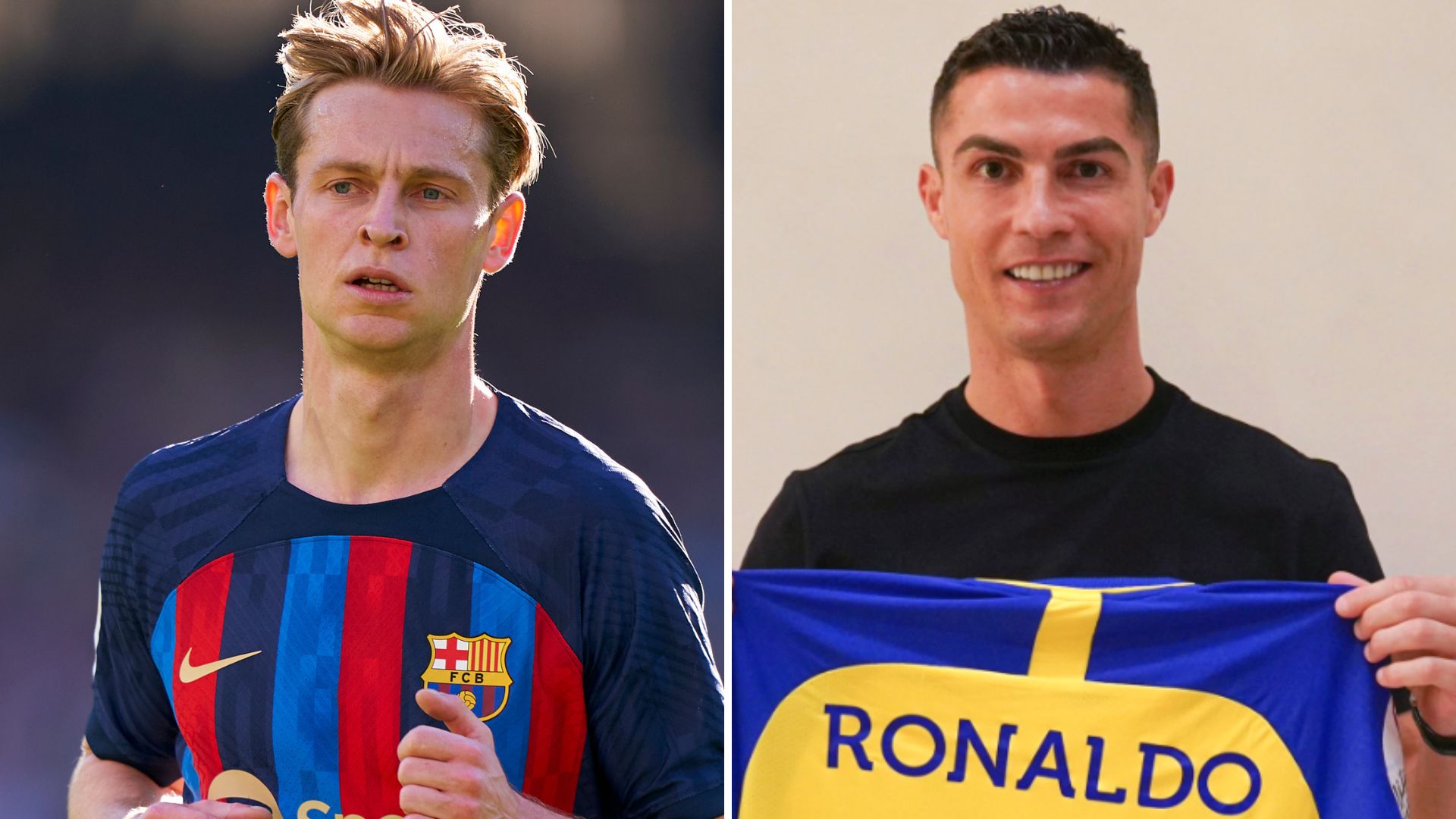 Also arriving at Carrington was the likes of Bruno Fernandes, Christian Eriksen and David de Gea.

Fernandes arrived in a Mercedes and his midfield partner Eriksen was behind the wheel of a Porsche 911.

Donny van de Beek and Victor Lindelof were also spotted despite the duo's minutes being restricted this season.

Man Utd welcome Bournemouth to Old Trafford tomorrow as they look to continue their fantastic run of form.

EX AND THE CITY?

The Red Devils have lost just one match in their last 15 games in all competitions, with the loss coming in a 3-1 defeat to Aston Villa.

United are yet to concede a goal since returning from the World Cup break, having played Burnley, Nottingham Forest and Wolves.

Incredibly, the run of clean sheets stretches for longer than three games for Raphael Varane and Casemiro.

On a personal level, both have played 487 minutes without letting one in across ten matches.

While his squad turned up for training, Ten Hag provided an injury update that will please fans.

He was asked about Lisandro Martinez and Scott McTominay, Ten Hag said: "We have to see, both are trained Friday and Saturday, I’m quite optimistic they can return to the squad."

Martinez has not played for United since winning the World Cup with Argentina.

As for McTominay he has missed the last two Premier League matches.

Ten Hag also spoke about Diogo Dalot, saying: "Dalot has made good progress but we don’t want to take risks, there are many games to come and we need a full squad for all the games."

It seems likely that Aaron Wan-Bissaka will again play at right-back with the Portuguese international returning soon.

On the possibility of Luke Shaw continuing to play at centre-back, Ten Hag said: "You have seen the last two games, I think he did fabulously and the pressing.

"We know also he’s good at left-back but he’s an extra option and that’s always good for a team.

"Of course you have ideas but sometimes it changes, like the illnesses for Harry [Maguire] and Victor [Lindelof], normally they would have started in the games we just played.

"Casemiro has done well at centre-back, Shaw did too and also you look at the game plan, the way we have to approach moves. 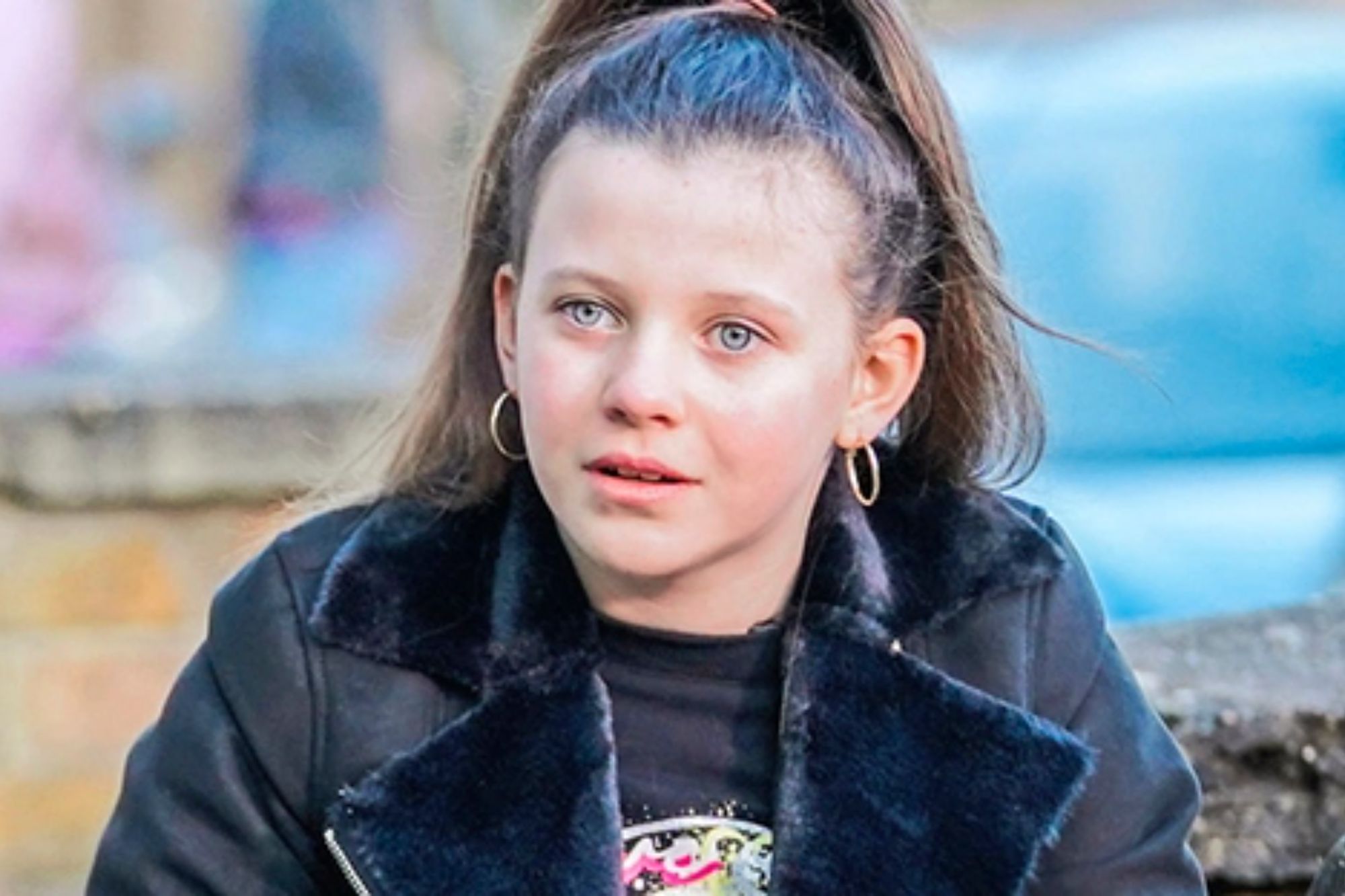 Who is the father of Lily’s baby on EastEnders? Latest fan theories

"I thought it was the best match with Varane and Shaw, also defending wise, we could cover the right side and we wanted to attack on the left with [Tyrell] Malacia.

"So it was a good fit and also with a left footer we can get better angles on the pitch." 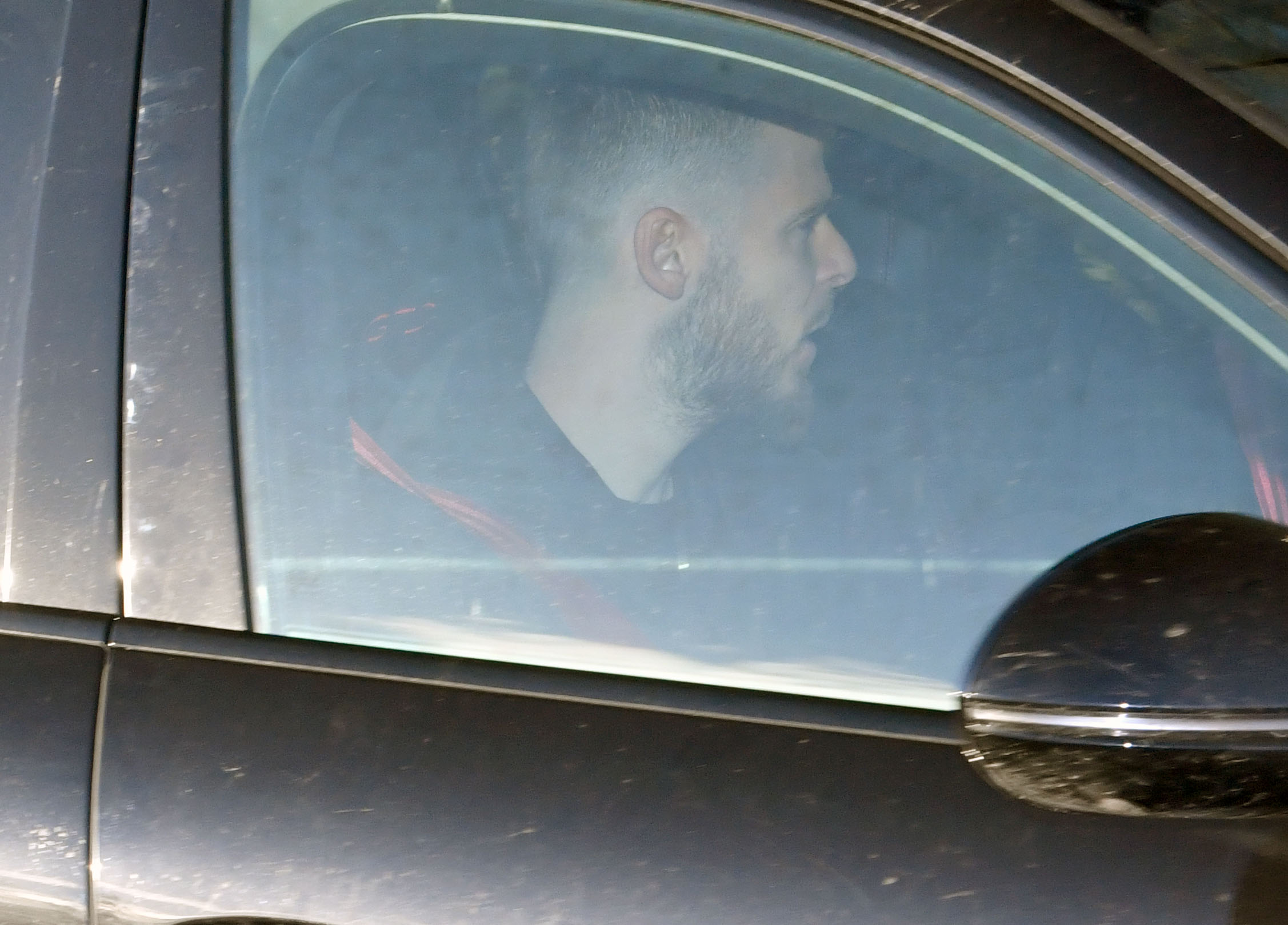 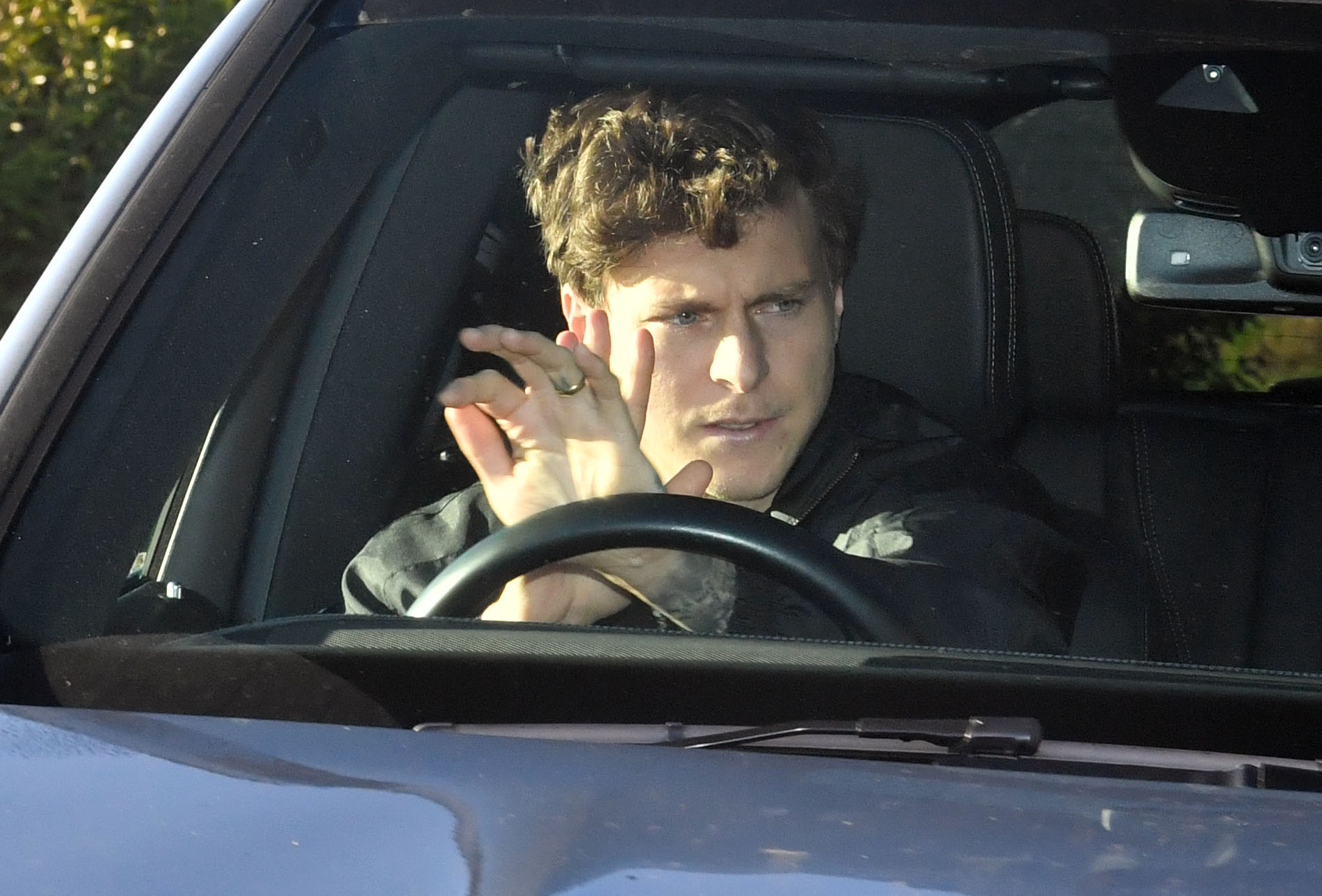 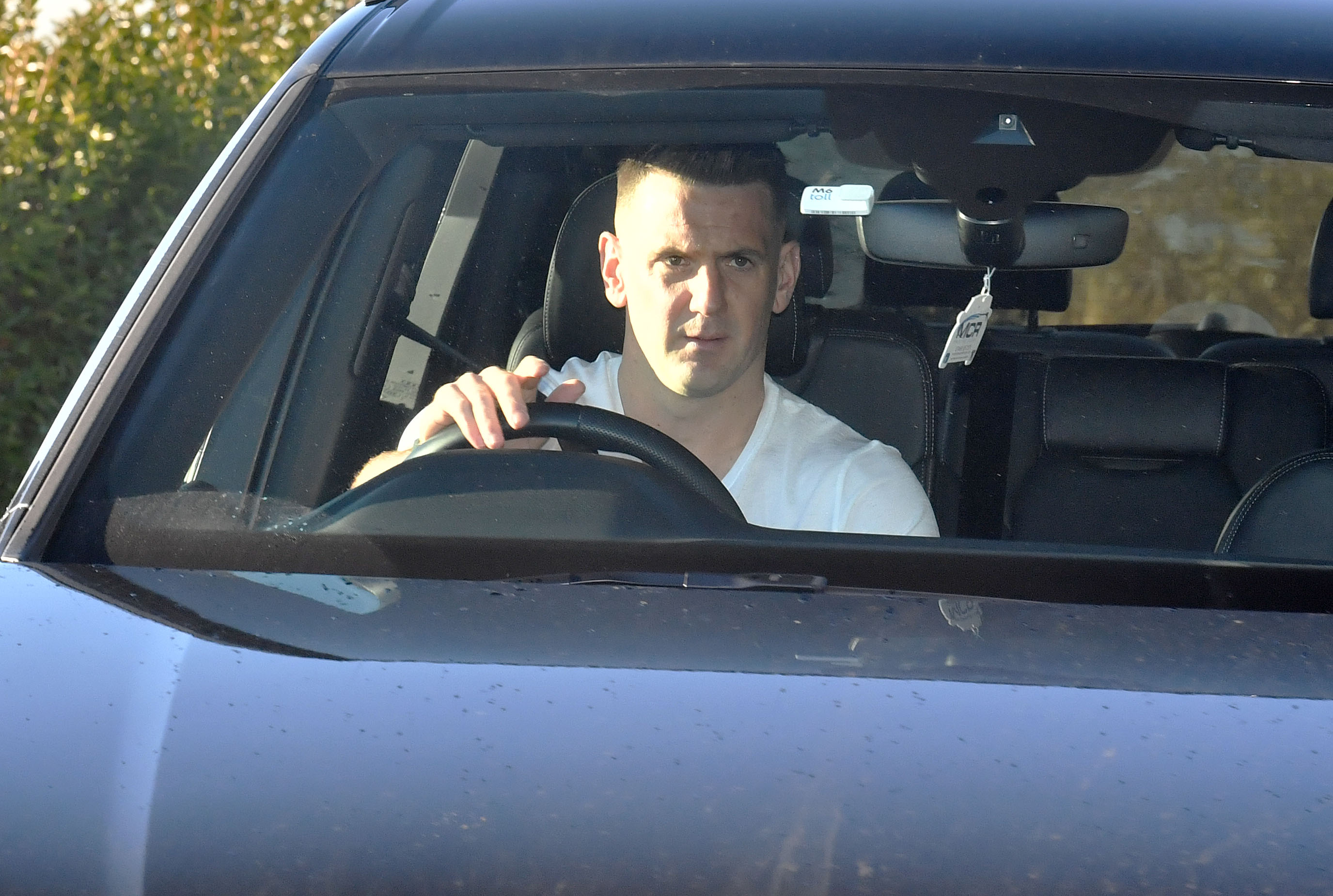