JAKE PAUL claimed fighting Tommy Fury 'would be easier' than Tyron Woodley as their feud rumbled on.

The pair were both in action on Sunday night in Cleveland. 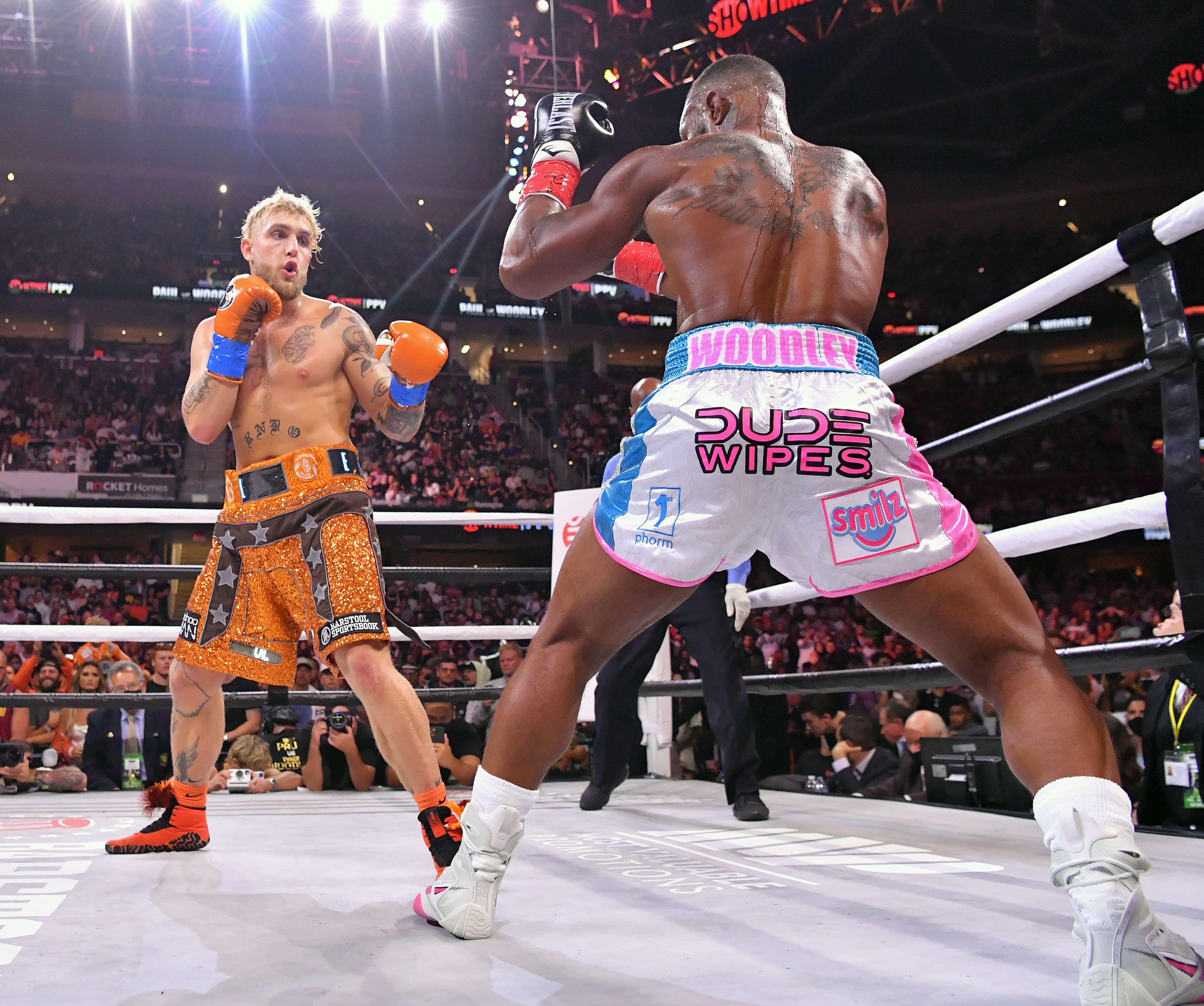 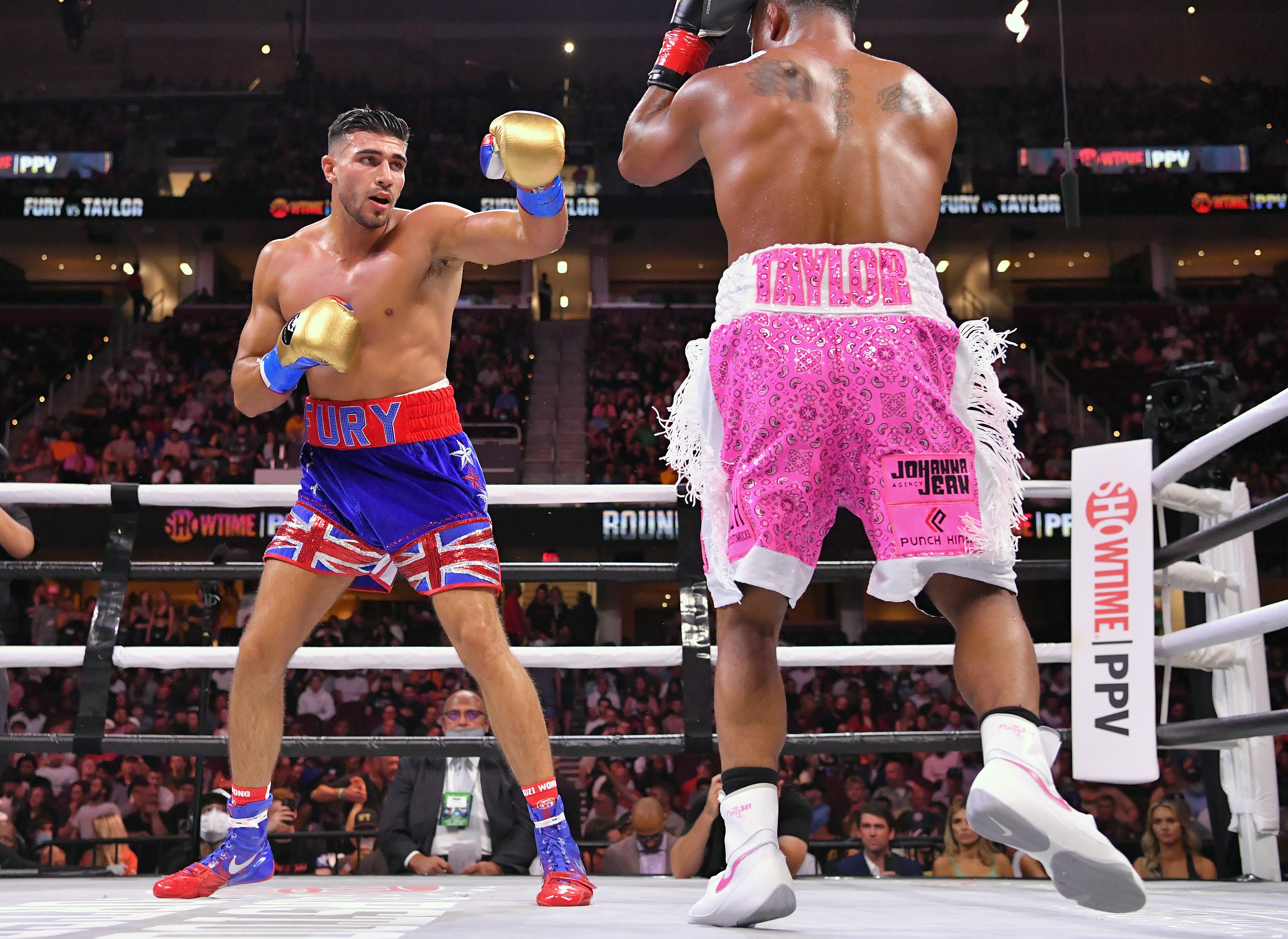 Paul was pushed all the way and suffered the first big blow of his career in round four but recovered to maintain his 100 per cent record.

And the rivals then clashed backstage after their respective victories.

Discussing the incident, Paul said: "Look, the guy really had nothing to say, he had a mediocre performance against my sparring partner.

"All credit to Anthony Taylor he's a tough guy but Tommy Fury is supposed to be this tough, big bad guy, legendary bloodline.

"I got into his face and let him talk. I don't have anything to say to him – at the end of the day I hired him to be here, I gave him an opportunity to shine. I don't have any bad blood I just said, 'Yo tell your girl to get out of my DMs.'

"At the end of the day, will we see that fight? I would run that s*** easy – that's an easier fight than Tyron in my opinion.

Fury convincingly outboxed and outmanned Taylor on the Paul-Woodley undercard.

The 2019 Love Island star won all four rounds largely at range and behind his jab to move 7-0 in his career and announced himself to the US market.

And then he called out Paul, 24, for their all-celebrity blockbuster after their behind-the-scenes fracas.

Fury, 22, said: "Jake saw me ringside, I was leaning over the ropes waiting to get in. Logan said not now. They ain't fighters.

"I was ready to throw hands there and then. This guy [Jake] doesn't understand – me and my team will go now, we'll get stuck in so he can count his blessings.

"Forty of his security team broke it up because the man can't fight. Imagine him on the street… please. He wouldn't last two seconds.

"If he had no security team there with him, he would have walked straight past me.

"There was a moment in that corridor where everything was going off between the security, my team, his team and it was just me and him.

"I looked dead into his soul. When the cameras are not around, he doesn't want to know.

"Let's be honest, if he really wanted to fight me, I'd have been in that ring there at the end through the ropes, let's go, there's no return.

"But he didn't want that and the reason why he didn't want me in the ring is because if I was getting in there, he wouldn't be able to go back on it."