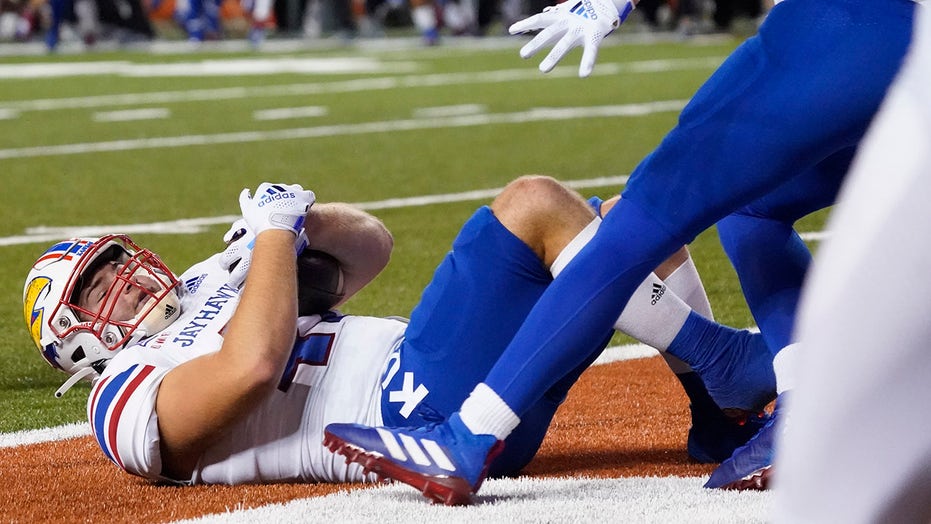 Kansas fullback Jared Casey had played zero offensive snaps during his short collegiate career before Saturday’s game against Texas but he made the most of his debut in the Jayhawks’ big upset victory.

Casey’s number was called in overtime. 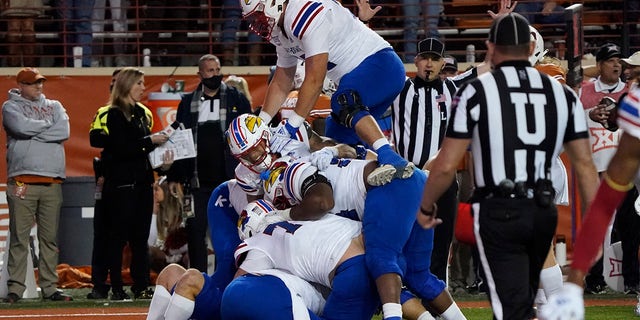 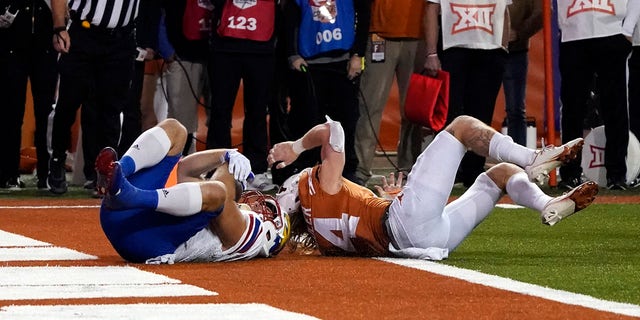 “He’s got one of the best hands on the team. I’ve seen him make some miraculous catches with just one hand. Walk-on or not, he’s going to be a ball player when it counts,” Daniels said.

Neal said he didn’t see the catch but saw his teammates running over to Casey and joined in.

“I didn’t actually see the catch … But I saw everybody running toward them, so I made my way toward them too and jumped into the dogpile. It was just truly remarkable,” he said. 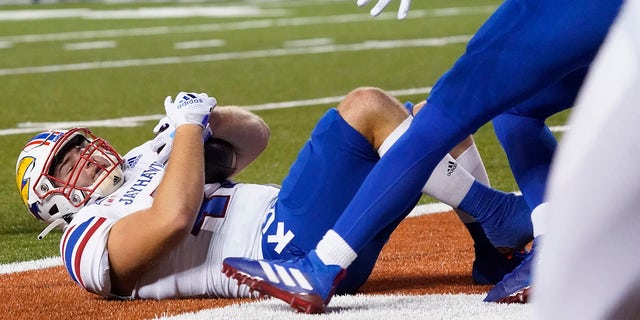