JOSH TAYLOR is in deep waters on Saturday night but insists his shot at undisputed immortality will be less scary than dropping his girlfriend's engagement ring in the shark-infested sea.

The Tartan Tornado sneaked a sparkler out to Dubai in December to propose to darling Danielle but forgot the little box was inside his trunks as he dived off a yacht. 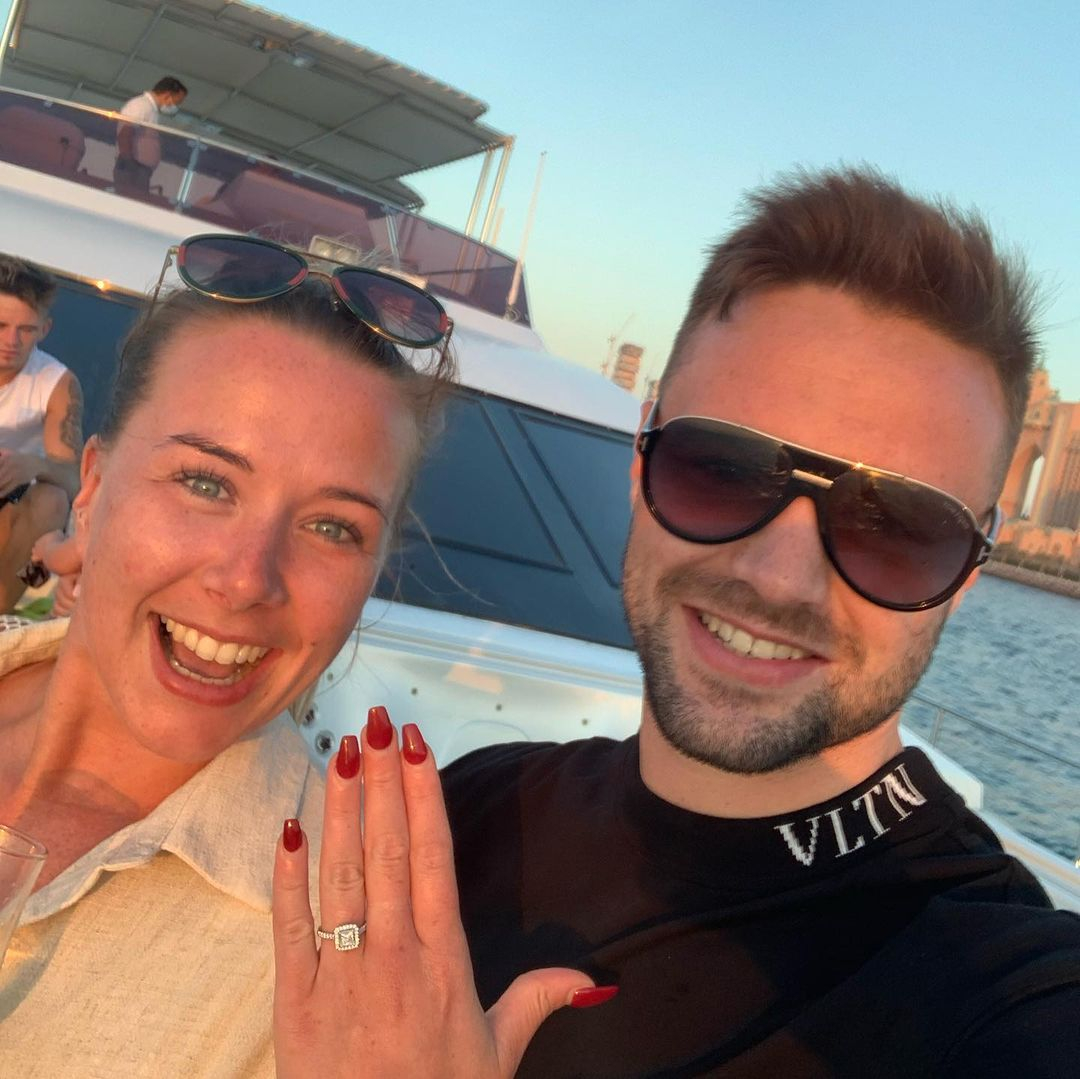 The 30-year-old is not a huge fan of the water so when trainer and friend Ben Davison started waving frantically at the WBA and IBF super-light king, he thought he had a problem with Jaws, not jewels.

Ahead of the clash with Jose Ramirez, the 17-0 king told SunSport: “The captain told us we could have a swim and I completely forgot the ring was in my pocket and dived in the sea.

“I am a bit nervous in the sea and was worried it was a shark but I turned around and it was the ring box floating and bobbing in the ocean. And thankfully Danielle never noticed.

“If I had lost the ring to the sea we would have been on the first plane home so it went straight in a bag after that and, after I had calmed down, I got the job done.” 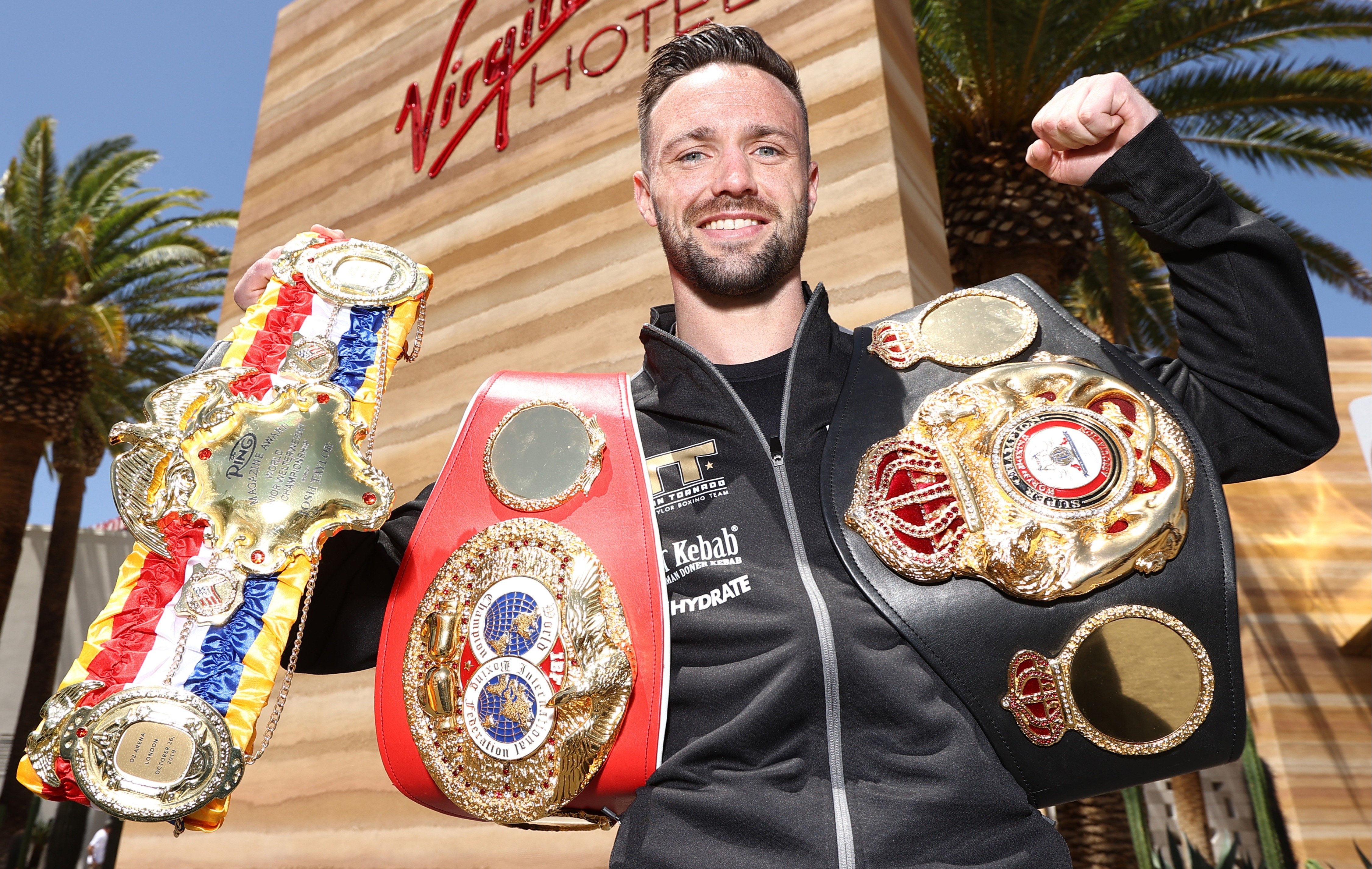 If the Prestonpans ace can get the job done in Las Vegas he will join one of the most elite clubs in boxing’s history by holding all four major belts, in his weight class, simultaneously.

Shamefully, both Sky Sports and BT Sport have opted against showing the magnificent meeting of two undefeated 10st savages in the prime of their lives, preferring to show circus acts like 54-year-Mike Tyson and YouTube prankster Logan Paul in fake fights.

Thankfully Taylor prefers a quiet life over the border and under the radar, where he can focus on emulating his hero and fellow Scot Ken Buchanan, 75, who became undisputed lightweight champ fifty years ago.

The motorbike nut said: “My career has gone under the radar a little but that has always been my style as a person.

"I like to go about my business quietly, I am no show pony.

“It does not bother me when other people are getting hype or attention.

“I quite like being left alone to do my talking in the ring, with my fists and focus on the results. 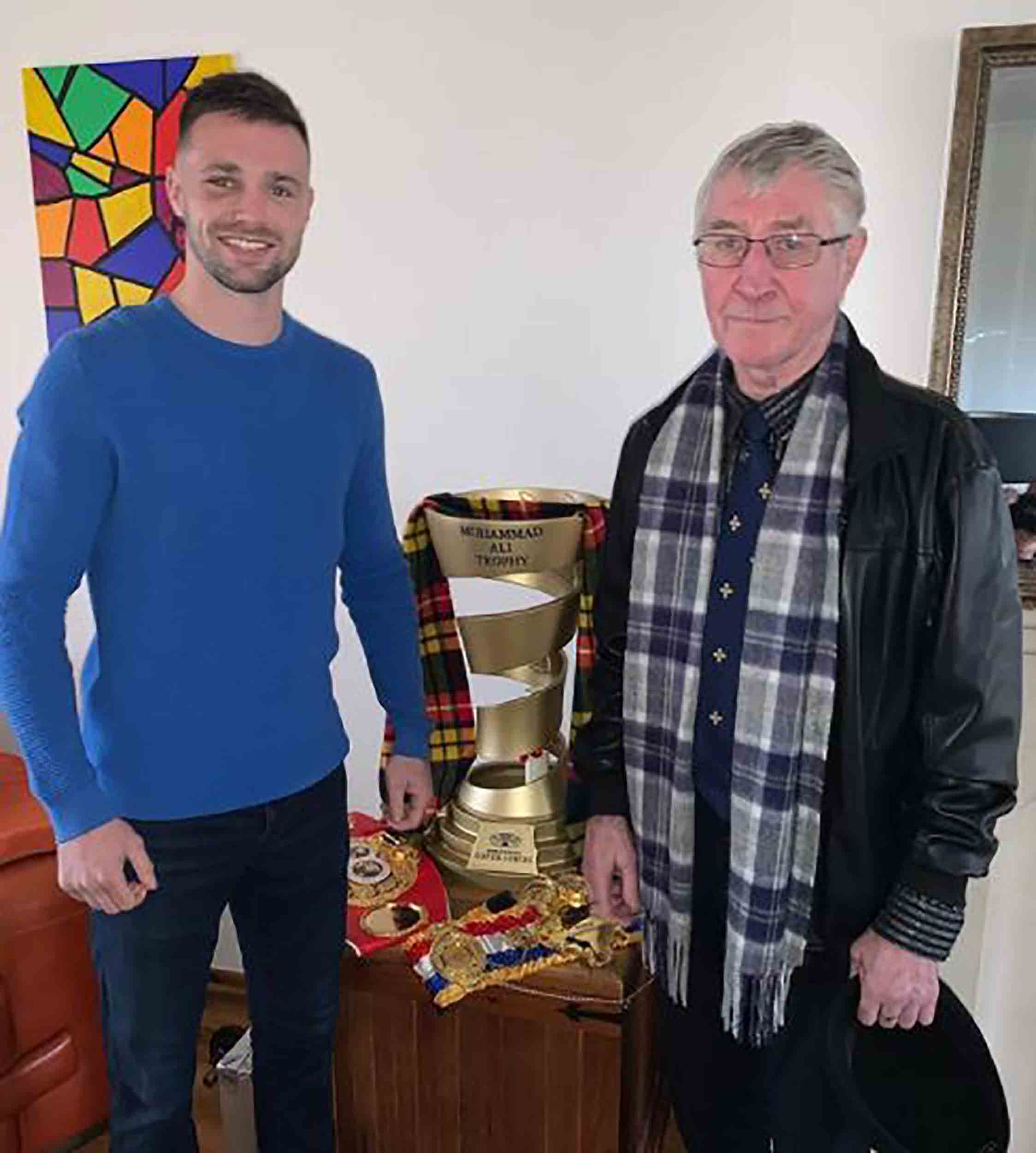 Taylor is a brilliantly complex character, the heartbreaking death of his beloved dog – named after Manny 'Pacman' Pacquiao- this year led to him getting a tattoo of the staff on his thigh.

And he was his snarling, biting best in Sin City this week, growling at weight-cutting WBC and WBO boss Ramirez on Thursday to “get back in the sauna-suit you fat c***”, in that brilliant way of swearing only Scotsmen have.

Former stablemate Carl Frampton even nicknamed the tall southpaw ‘Hank’ after the Jim Carey character from 'Me, Myself and Irene' who suffered with a split personality – and a dodgy trim.

“My ‘Hank’ nickname originally came because when I shadow box I am a bit herky jerky, like the character," he claimed.

“And then one time I had a really bad haircut with a flat top and then I looked even more like him and it has stuck until this day. 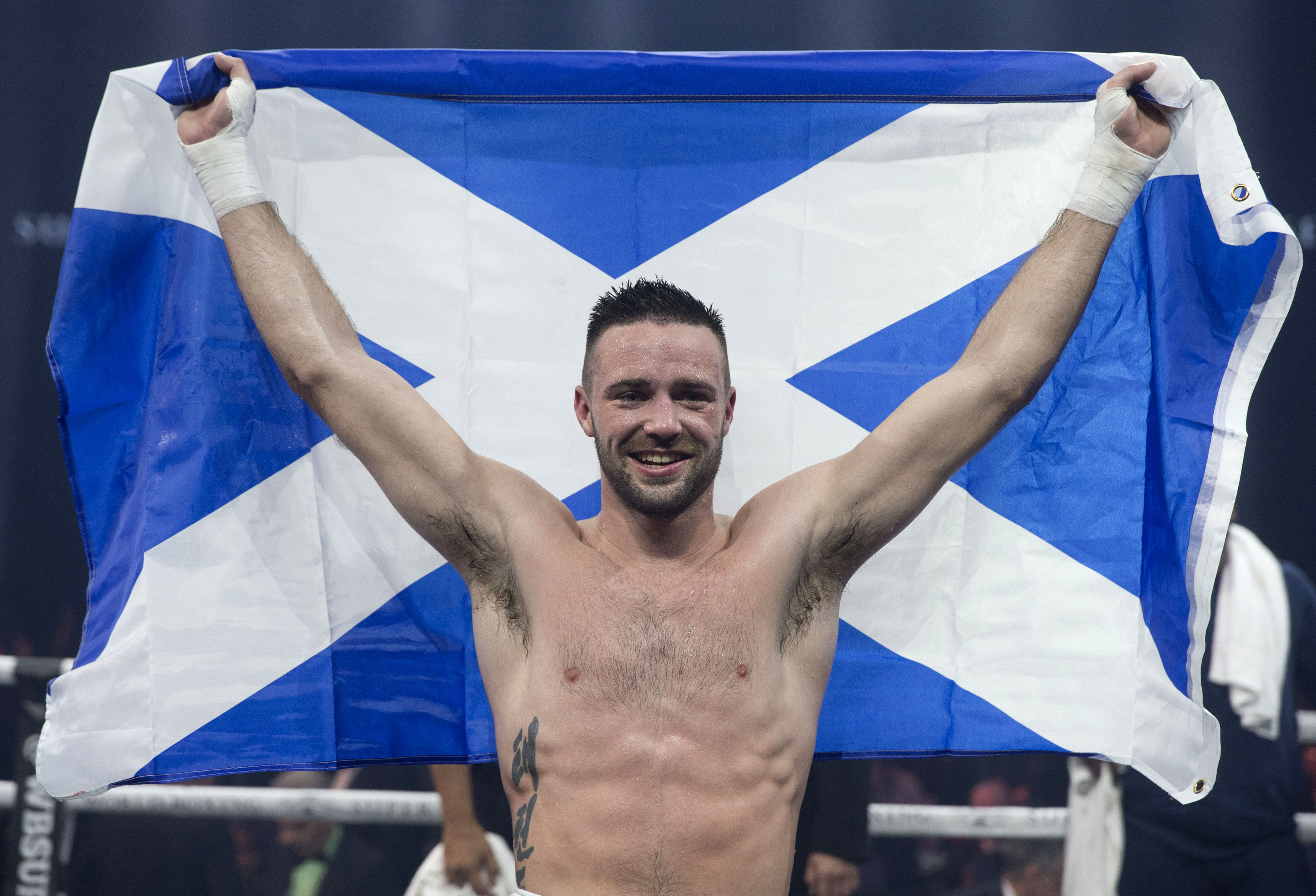 “Closer to fights my mentality changes, a bit like the film character, my spitefulness and nastiness comes out.

“I start coming down in weight and getting a bit cranky, I slip into fight mode and find myself saying things to get under my opponents skin.

“It is all part of the psychology, fight week is all about getting in your opponent’s head as you try to wage warfare on them.

“I feel my mood change, I become a bit more quiet, I don’t want to have fun or joke with people. I don’t feel like a person or an animal, my mood just gets a little bit darker.”

Taylor’s lifelong love of speed and the Isle of Man TT race, that has claimed 151 lives since its debut in 1907, has given him the ideal mentality for boxing that will stand him in perfect stead on Saturday night.

“It is very dangerous and if you come off in the race you are lucky to survive,” he said. “But it comes down to personal choice, everyone involved knows the risks and dangers involved.

“There are only a select few people in the world who do it and they want to, for the excitement and adrenaline and competition.

“I don’t think about the dangers of boxing before I go in the ring every time. I can’t even consider the fact that every time I go to work I could be paralised, brain damaged or killed.

“If I let those thoughts come into my head I would never box again.

“Instead, I focus on my love of the sport, the mental, physical and tactical challenge. And becoming a champion, an undisputed world champion”