The iconic Japanese playmaker, 34, only signed for the Portuguese outfit at the start of the week. 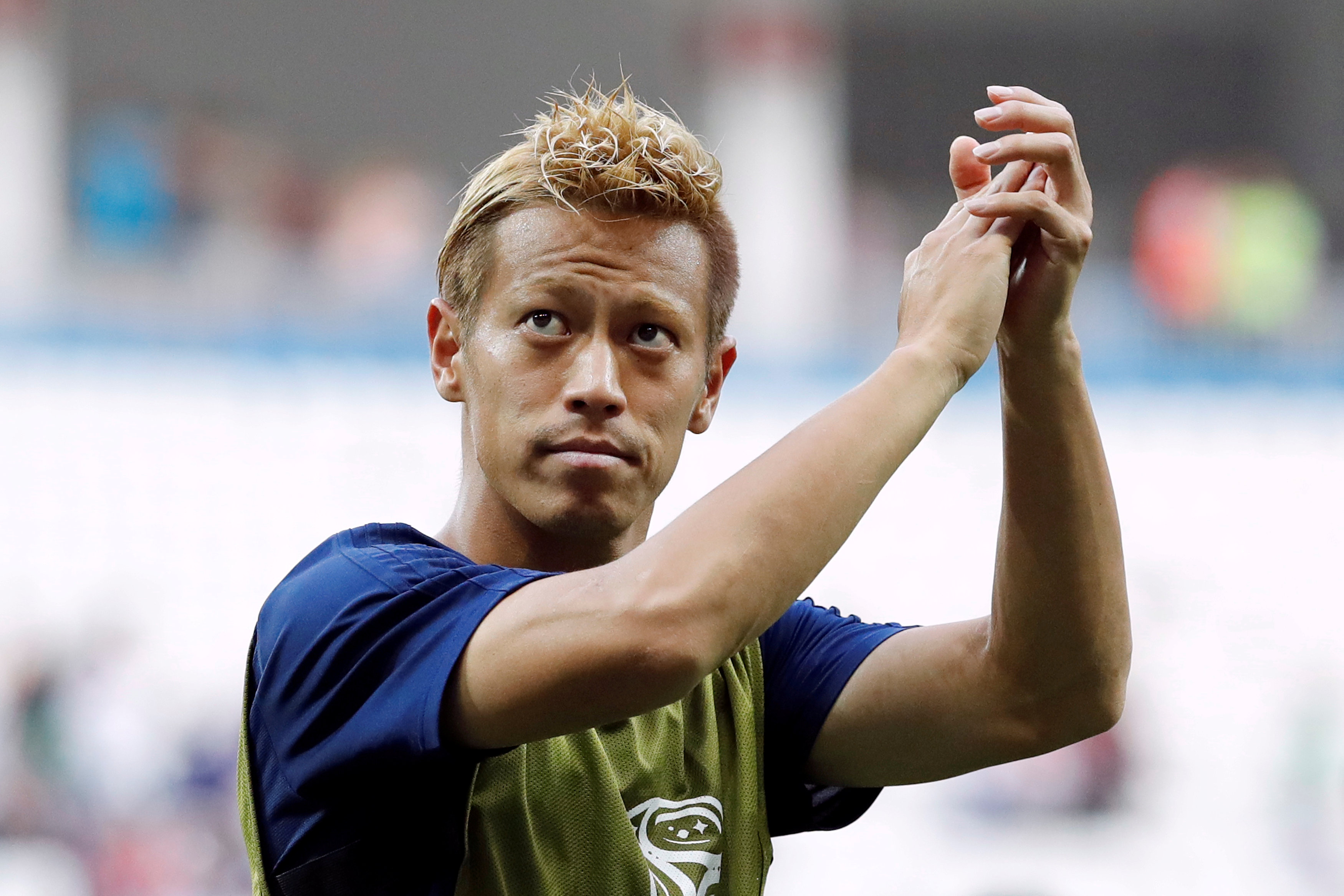 However, Portimonense were unable to register Honda for their relegation battle in the Primeira Liga, even though he was a free transfer.

And the veteran is now without a club after agreeing to axe his deal without making one single appearance.

But Honda remains hopeful of finding a new side as soon as possible, with the midfielder eager to represent Japan at the Tokyo Olympics this summer.

Honda, who played 98 times for his country before retiring from full international duty in 2018, had only just left Brazilian outfit Botafogo in December.

His time with the Samba side was not a success, scoring just three goals in 27 games as Botafogo suffered relegation to Serie B.

It wasn’t quite the move Honda had been expecting at the time either, with the ace making an offer on Twitter to play for Manchester United only a few months before.

Well-travelled Honda has also taken in spells with Australian side Melbourne Victory and Mexican outfit Pachuca.

But it was his time in Russia and Italy that made him a popular star.

Honda became a football sensation during a fine spell with CSKA Moscow between 2010 and 2014, helping them win the domestic treble in 2013.

Honda then secured a free transfer to AC Milan, scoring 11 times in 92 games while winning the 2016 Italian Sup Cup before heading to Mexico a year later.