KEVIN DE BRUYNE was in tears as a black eye ended his Champions League final after a sickening clash with Antonio Rudiger in Chelsea's 1-0 win.

Star playmaker KDB was helped off and replaced by Gabriel Jesus on the hour in Porto. 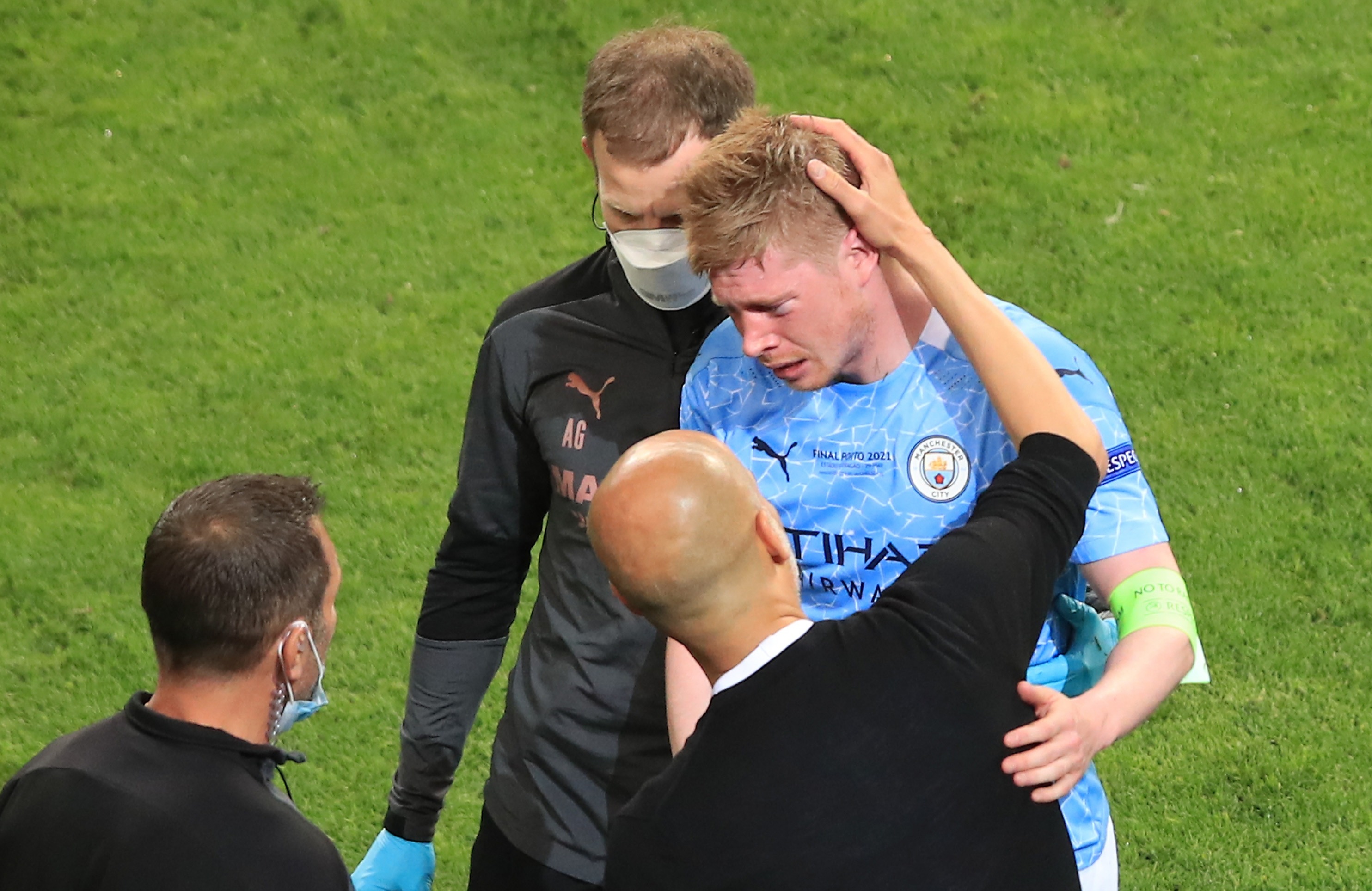 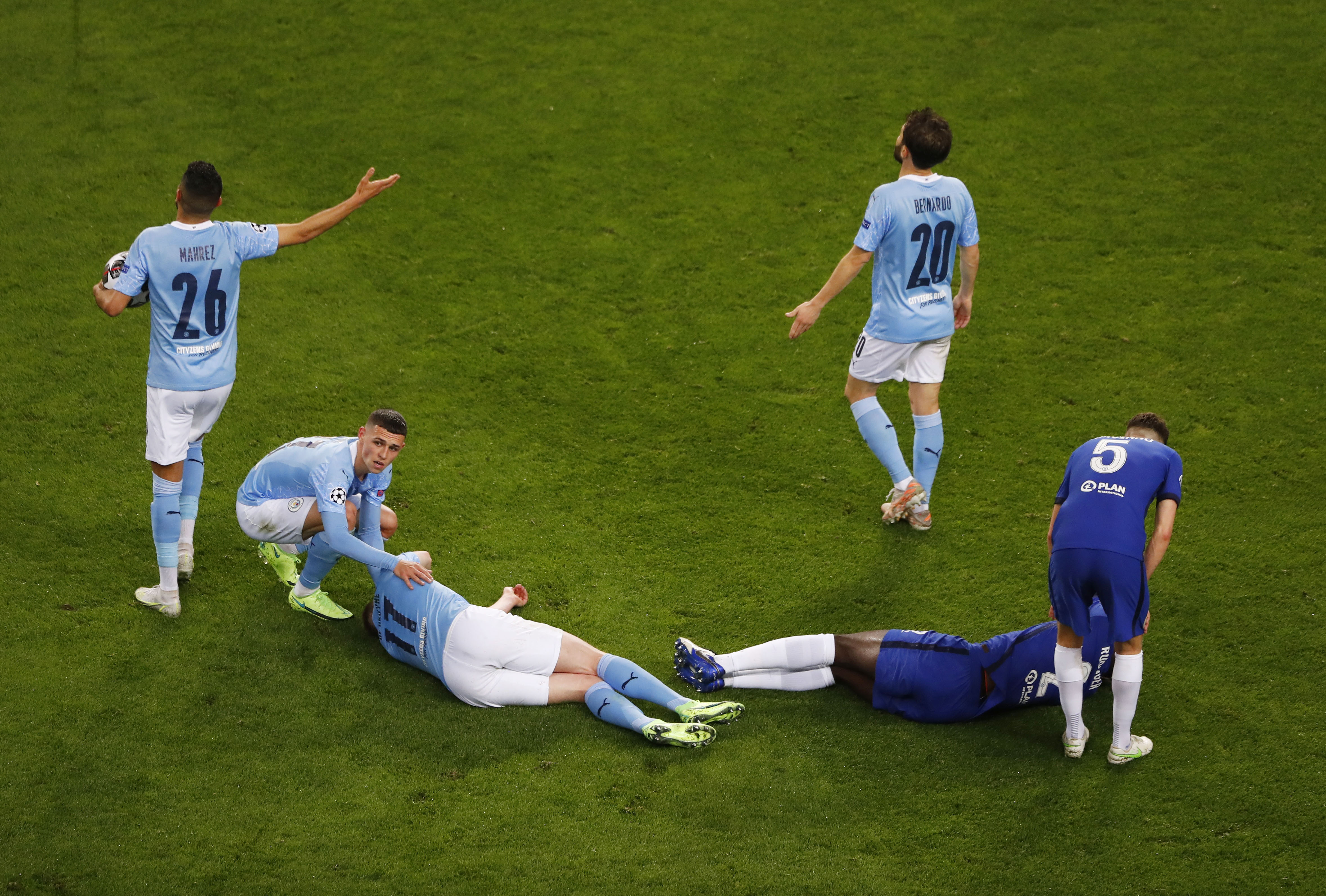 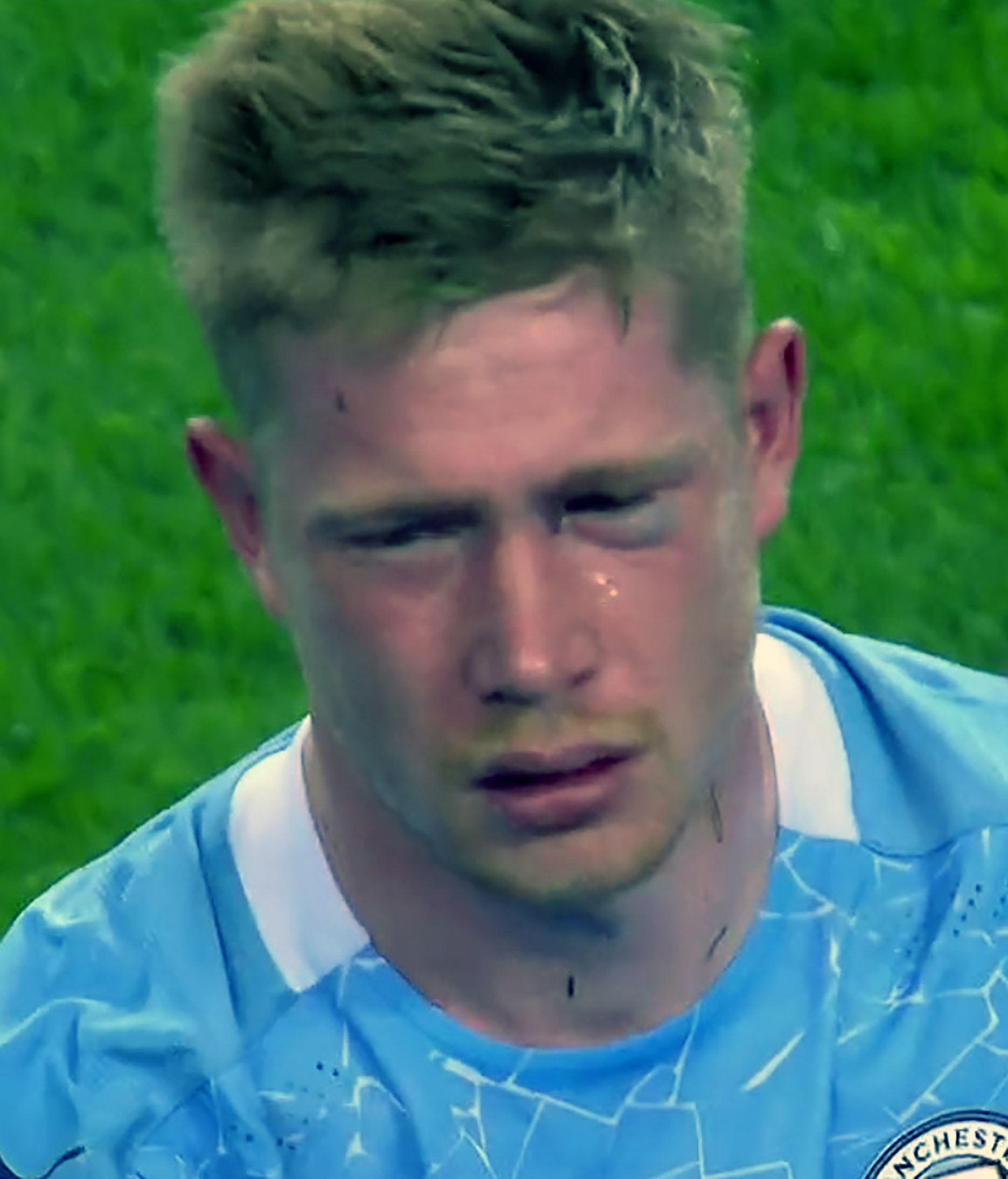 The midfielder was helped off gingerly and stooped over seemingly in pain and despair as boss Pep Guardiola consoled him – before KDB headed down the tunnel.

And City's mood dipped even further when KDB was the victim of a heavy challenge from Rudiger that earned the Germany centre-back a booking.

City's medical staff dashed on, while team-mate Kyle Walker remained kneeling beside De Bruyne throughout the time the Belgian was down being treated. 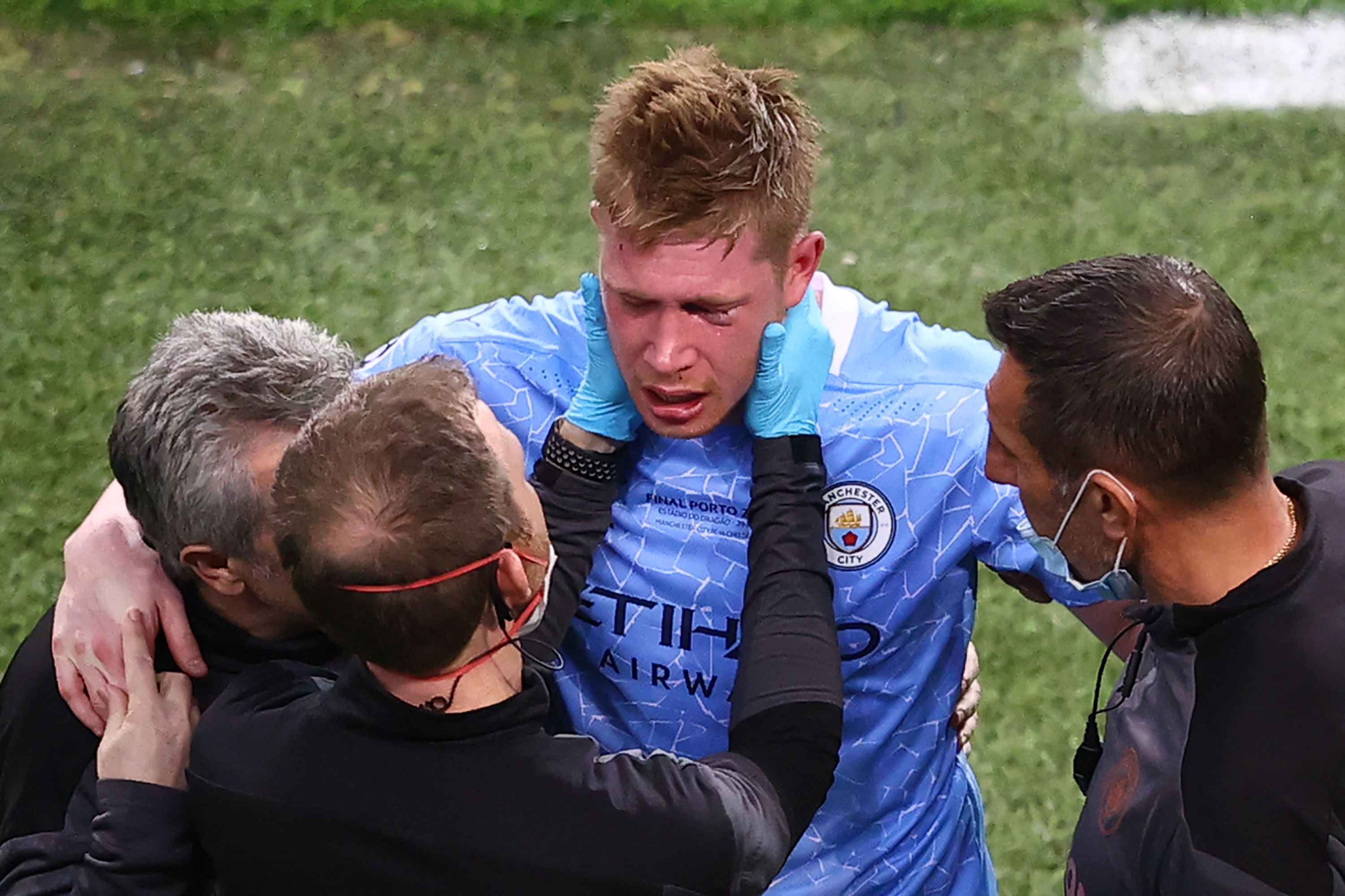 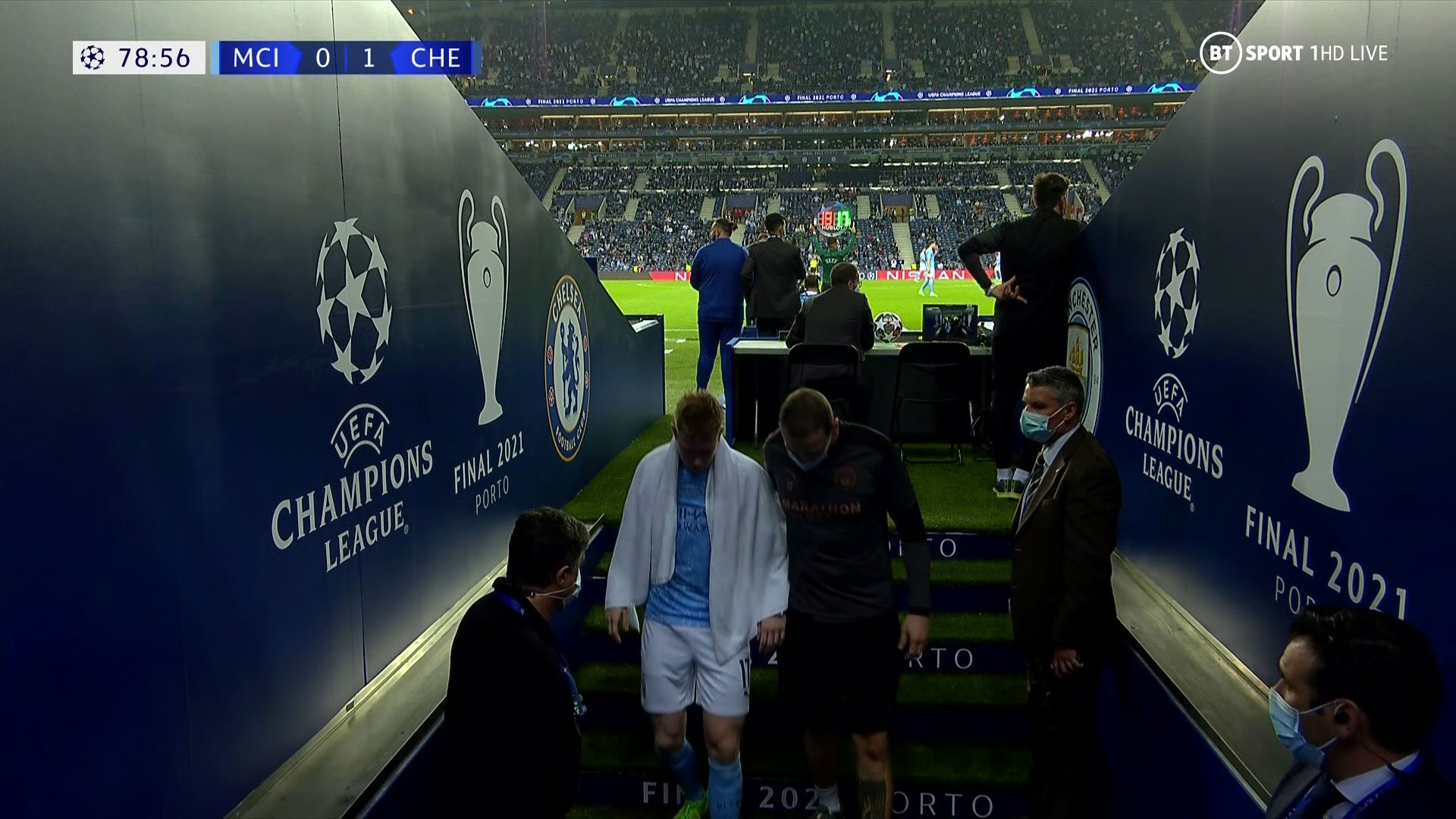 The way KDB kept his head down as City officials put their hands around him, and especially the fact he then went down the tunnel, sparked early Euro 2020 fitness fears.

Although fans on social media were gutted for De Bruyne, some suggested his display had been well below par.

But for the final exchanges of the contest in Porto City were more concerned about their bid to win Europe's top domestic prize for the first time.

And record scorer Sergio Aguero came on for the last 13 minutes in a dramatic finale to his 10-year City career.