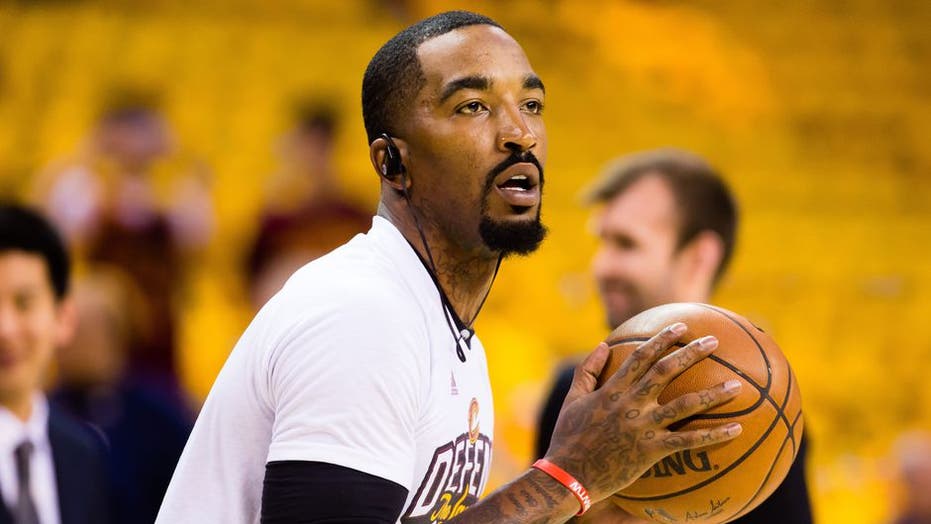 Rep. Roy calls out NBA, Democrats on silence for fallen cops: ‘Where is the speaker of the House?’

Like many professional athletes throughout the country, Los Angeles Lakers guard J.R. Smith has been paying close attention to the lack of coronavirus testing on government officials, especially since athletes are being tested daily.

“I’ve been tested every single day since being in the bubble! How is it Congress doesn’t have a testing protocol? Just watching #CNN,” Smith wrote on Twitter.

LEBRON JAMES WALKS OFF COURT IN FRUSTRATION BEFORE GAME 3'S END: 'THIS IS NOT A GOOD LOOK'

“This is a weird angle for me, but I keep thinking about how professional sports are quite literally our North Star when it comes to COVID? The country shut down on March 11 because of sports, not because of the government,” Pegher wrote.

Smith responded to Pegher with a question of his own.

“Hmmmm [and] no one else thinks that’s wrong or at least morally not right?” Smith wrote.

Smith isn’t saying that players shouldn’t be tested daily, but he instead suggests that government officials and people with powerful positions in the country need to equally be held accountable with stricter rules and regulations.