Leeds 0 Chelsea 0: Tuchel extends unbeaten run but Blues miss out on moving third after being held by Bielsa's side

THOMAS TUCHEL made it a dozen games unbeaten as Chelsea boss but will not be celebrating after his team blew the chance to go third in the Premier League.

And the big worry is that their Champions League spot is under increased threat as a result. 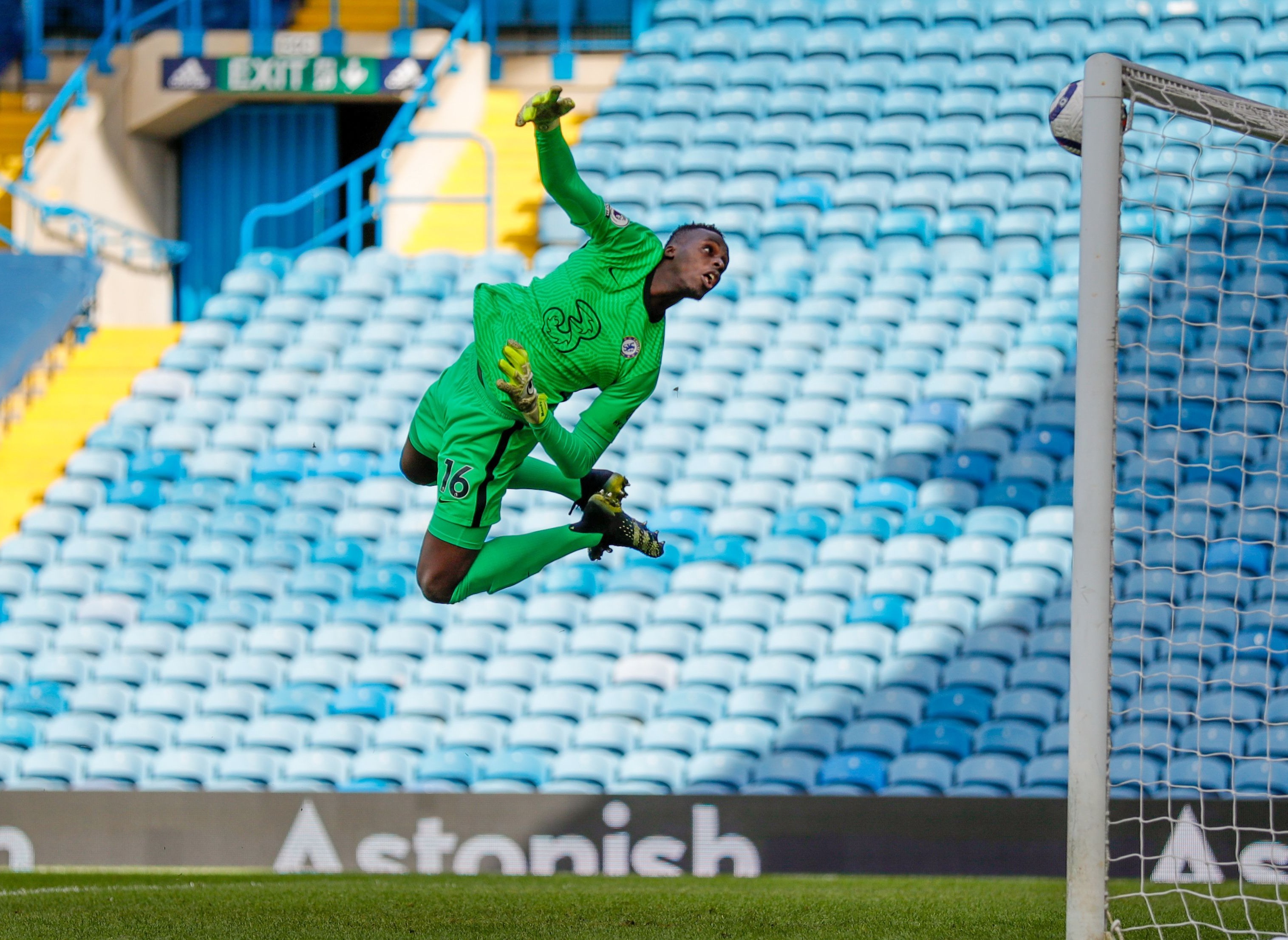 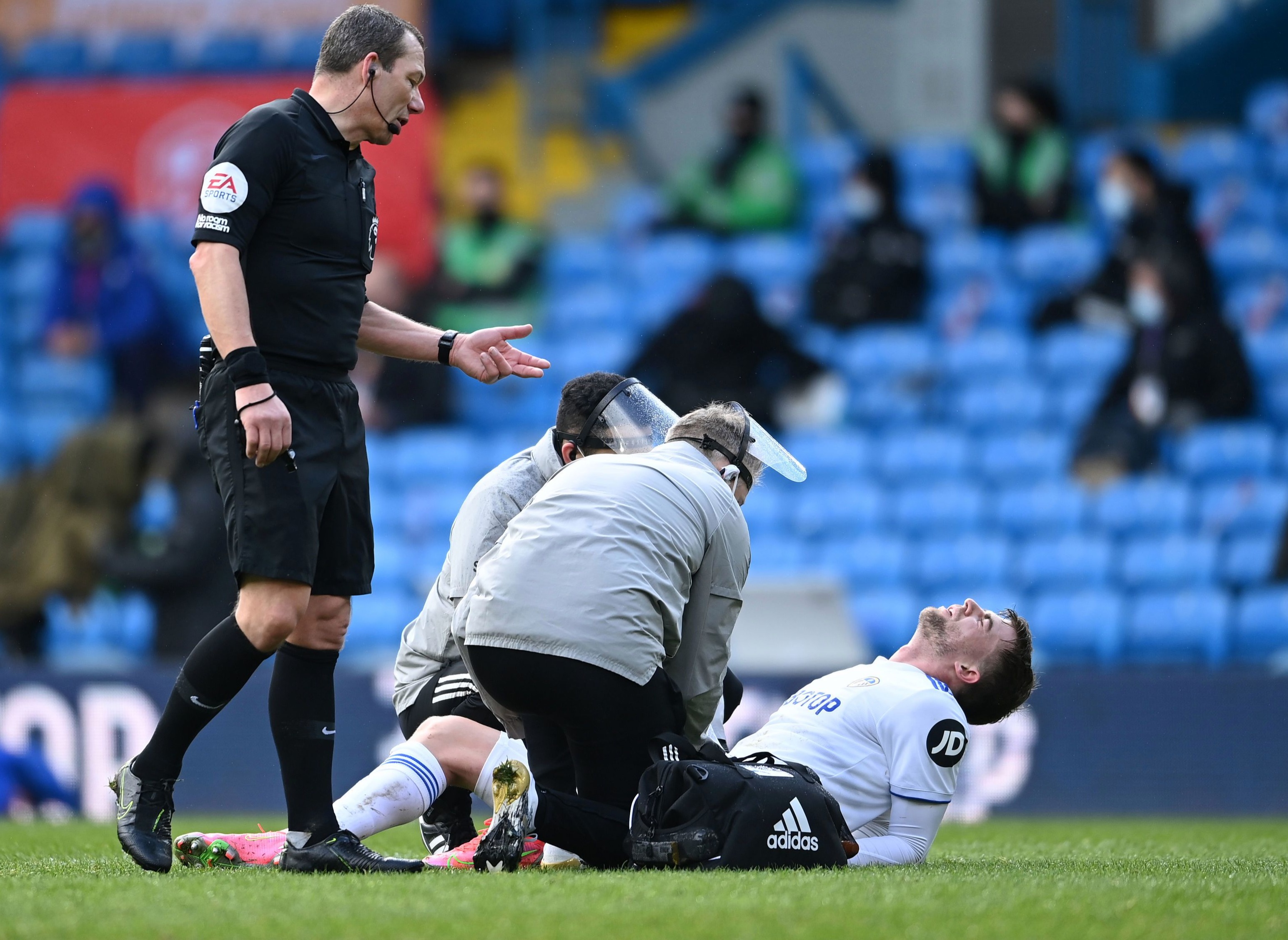 But the Hammers now have two games in hand on Tuchel’s side to crank up the pressure on the goal-shy Blues.

Chelsea even had keeper Edouard Mendy to thank for earning them a draw thanks to an outstanding save to thwart Raphinha in a game of few highlights.

The Brazilian was unlucky not to put Leeds ahead when he shot on the turn inside the box on 55 minutes.

His low drive caught keeper Mendy off guard and wrong-footed but the 6ft 5in Senegalese reacted quickly and palmed the ball clear of danger.

Chelsea have struggled to score of late despite tightening up their defence and needed an own goal and a penalty to see off Everton last Monday.

Leeds have scored more goals than any team in the bottom half of the table but found it hard to make a breakthrough even though they deserve credit for holding in-form Chelsea.

Leeds did have a goal rightly ruled out for offside when their former academy product Patrick Bamford failed to time a great run well enough and was just the wrong side of Chelsea’s defence when he started a run to latch onto a high ball forwards. 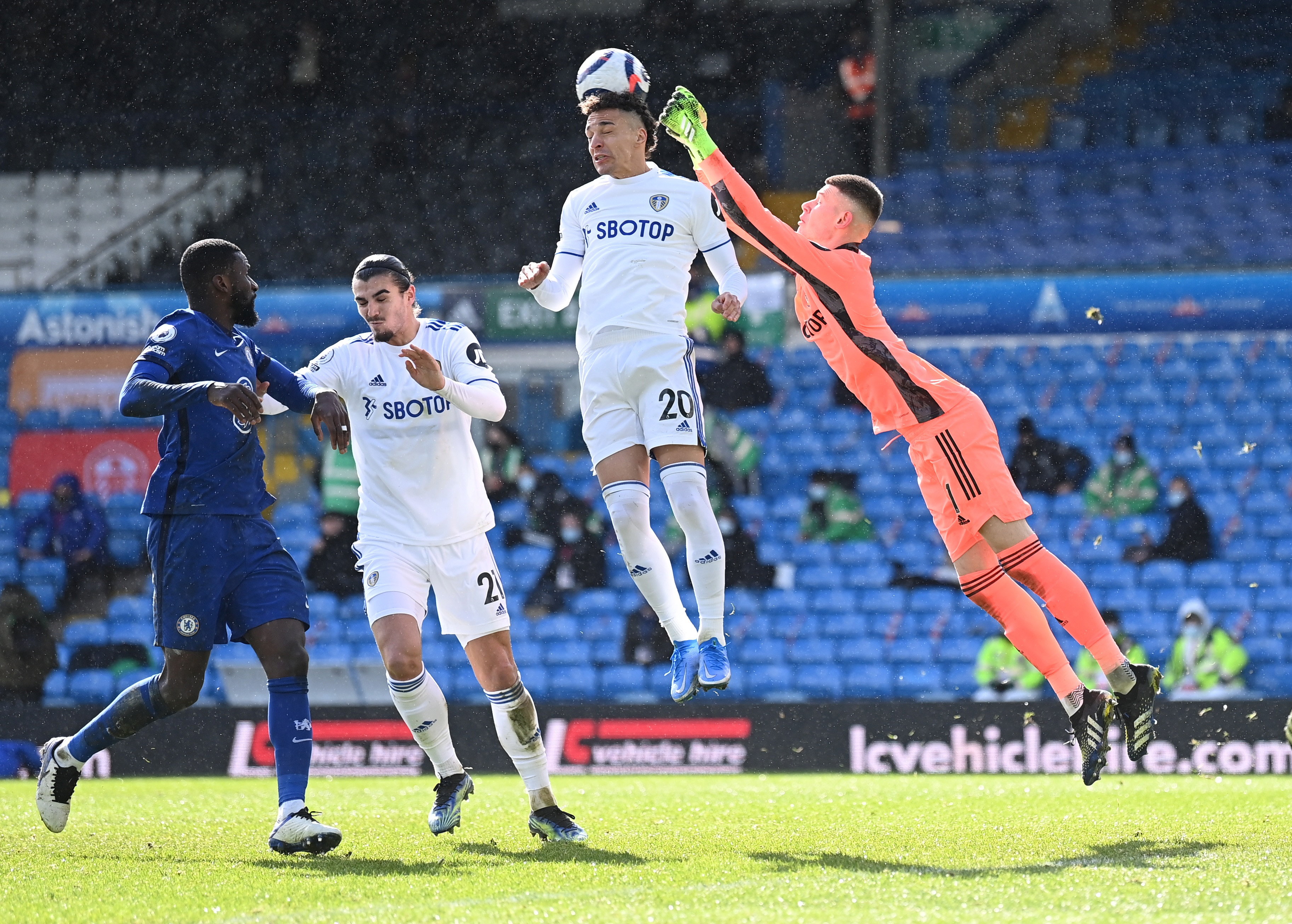 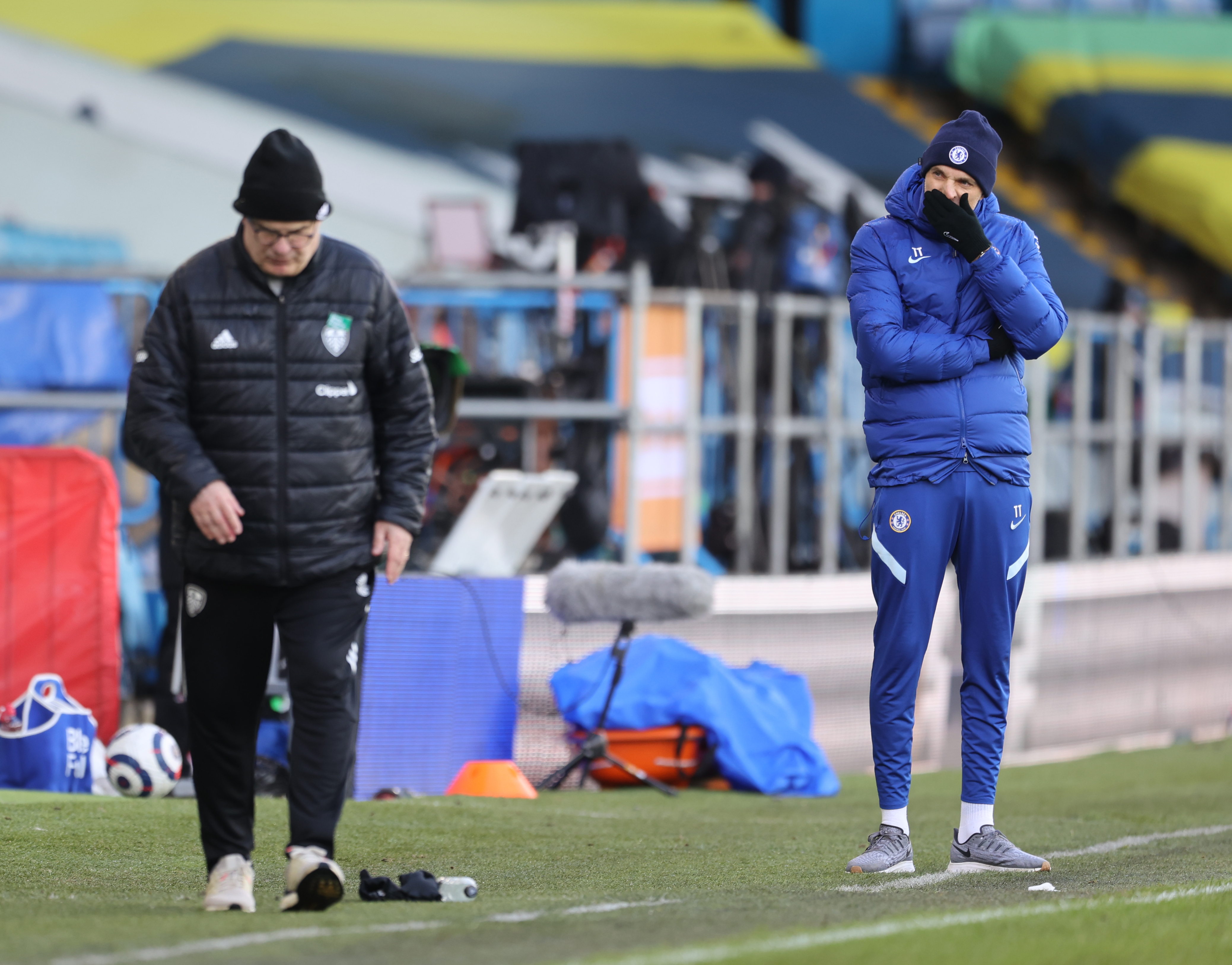 He raced all the way through to the box and teed up Tyler Roberts to stroke the ball hom only for the linesman to raise his flag at the end of the move.

Leeds did get some luck though in the first ten minutes when Diego Llorente smashed a clearance in his box against team-mate Luke Ayling.

The ball cannoned high into the air only to hit the Leeds bar and drop into the arms of relieved United keeper Illan Meslier.

For all the neat and tidy possession play and energy there were precious few clear cut chances and Tuchel will be disappointed that yet again his team could not make the most of the opportunities that did come their way. 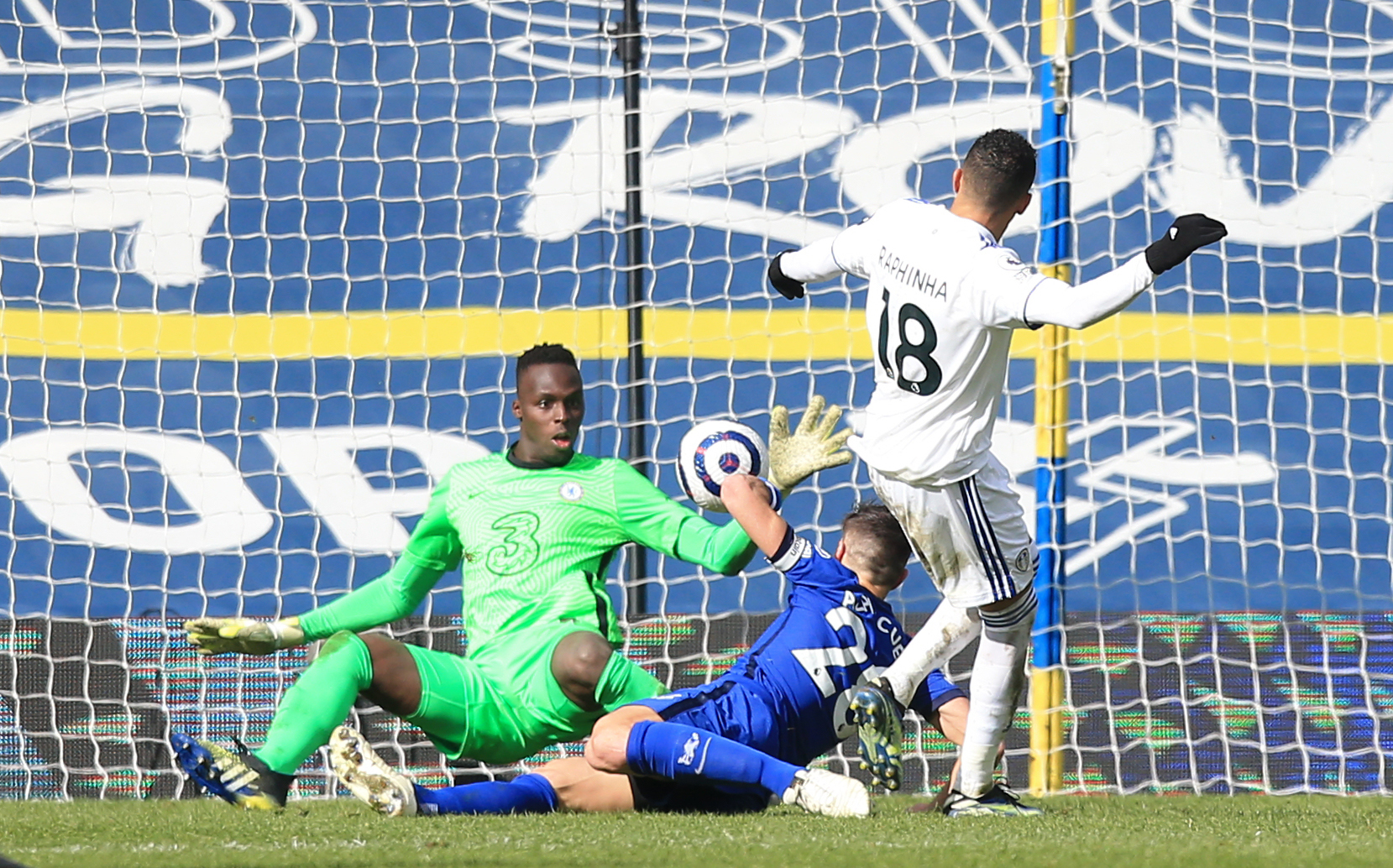 With 12 minutes left Mendy saved Chelsea again when Bamford’s replacement Rodrigo headed straight at the keeper from a corner.

Tuchel made six changes to the team which won on Monday with a view to next Wednesday’s Champions League last 16 second leg at home to Atletico Madrid in mind.

Mason Mount and Jorginho started because both are suspended for the midweek game with Chelsea leading 1-0 in the tie.

This is Leeds' second goalless game of the season – they drew 0-0 with Arsenal in November.

And while they will be happy to take a point from Chelsea, top-scorer Bamford’s injury will be a concern.