The F1 world champion was speaking at the launch of the report from his Hamilton Commission – set up with the Royal Academy of Engineers to improve the representation of Black people within UK motorsport. 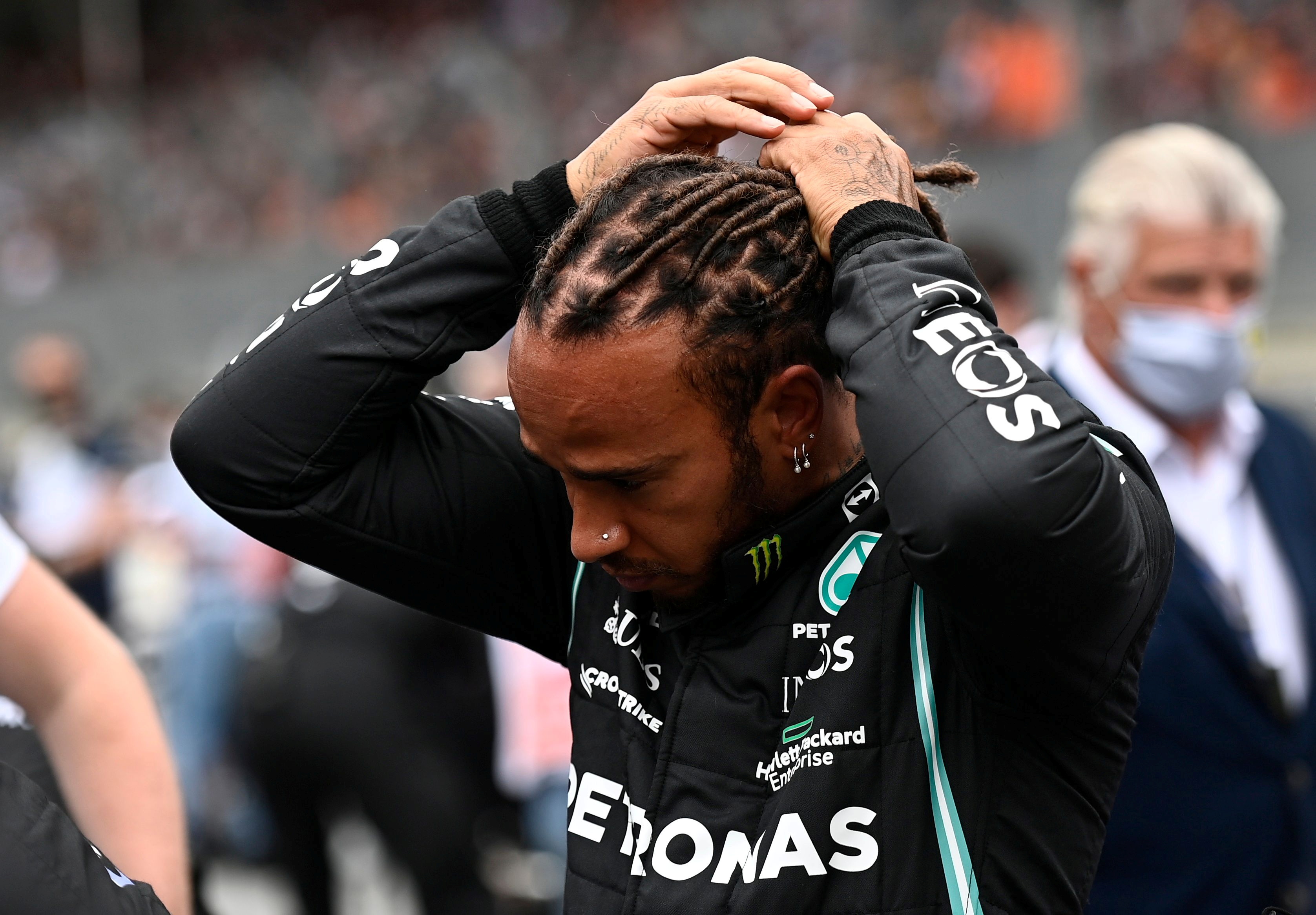 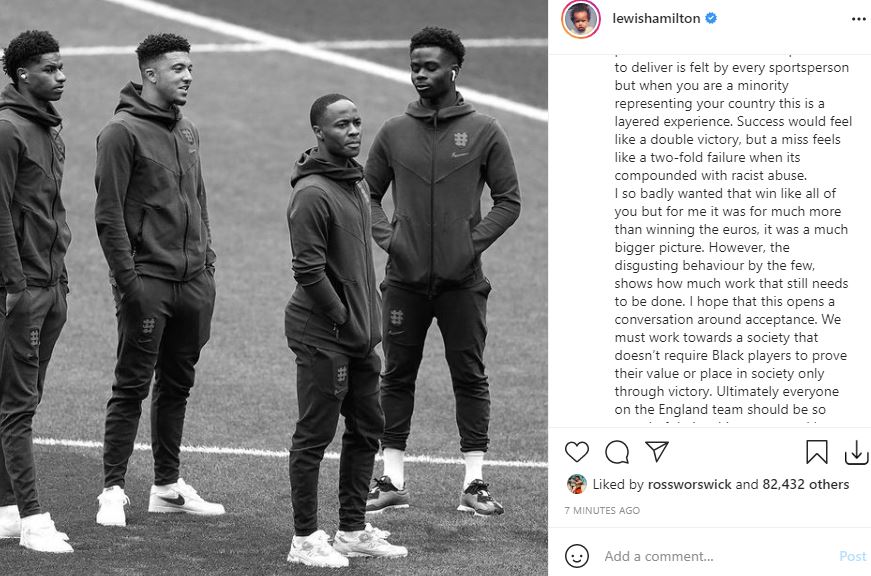 Hamilton, 36, started the investigation in 2019 and the findings of a 10-month report have identified several key aspects, including racism.

It comes after Marcus Rashford, Jadon Sancho and Bukayo Saka were targeted by vile racist messages on social media following England's defeat to Italy in the Euro 2020 final.

Hamilton said: "We saw the racial abuse online of the football players, which was devastating to see.

"It shows that the nation still has a long, long way to go. In my personal opinion it stems from education.

"We also need more support from social media platforms. We had that blackout earlier in the year but it is not enough.

"We need to stop that abuse that happens online. And this commission highlights one of the areas we can improve and I hope it starts a ripple effect of more change going forwards."

"Please call out those you see posting hatred online. Challenge them to see the humanity in everyone regardless of their colour.

"Super proud of how far the England team were able to go. Super proud of Bukayo Saka, Jadon Sancho, Marcus Rashford and the entire team." 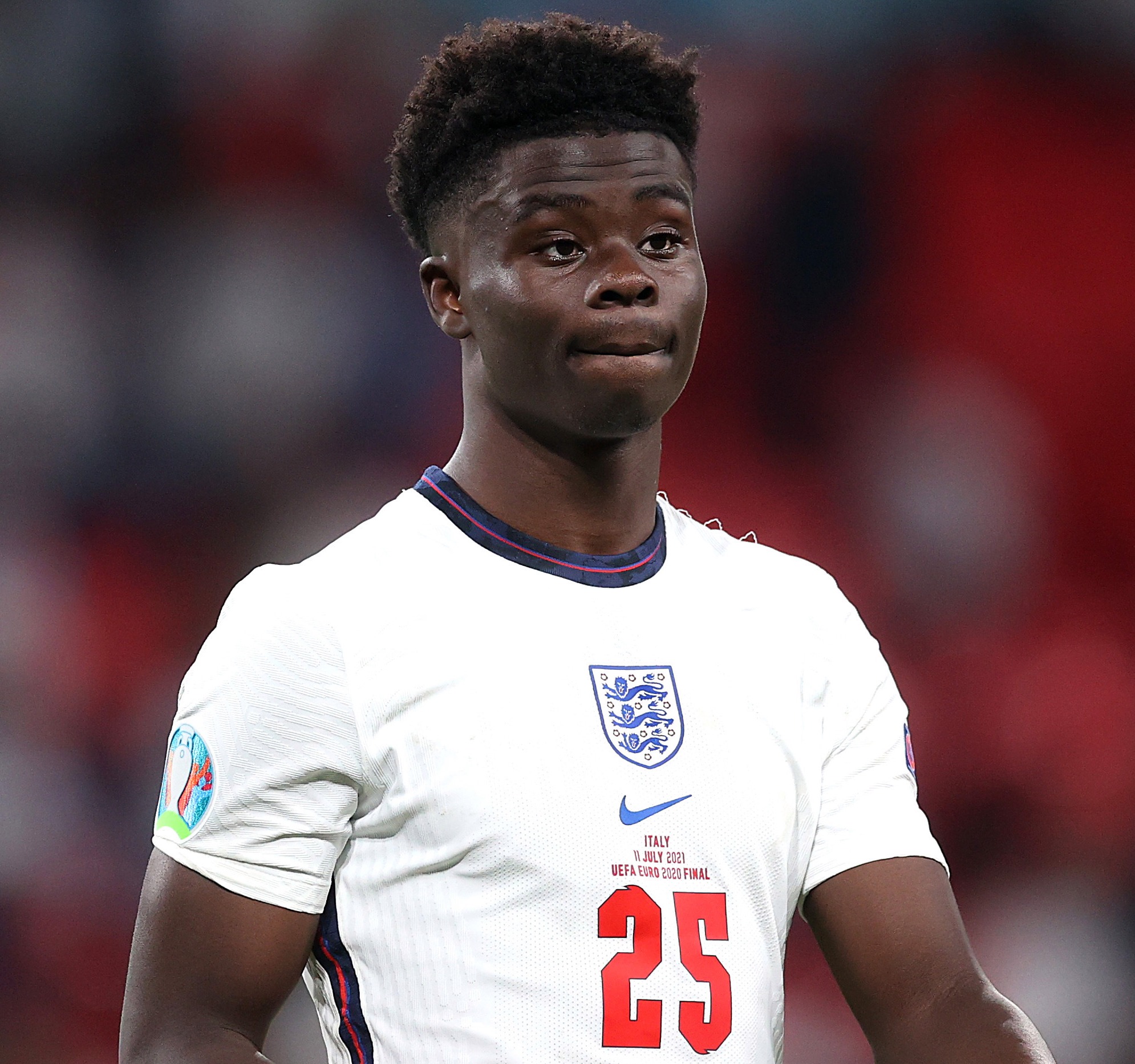 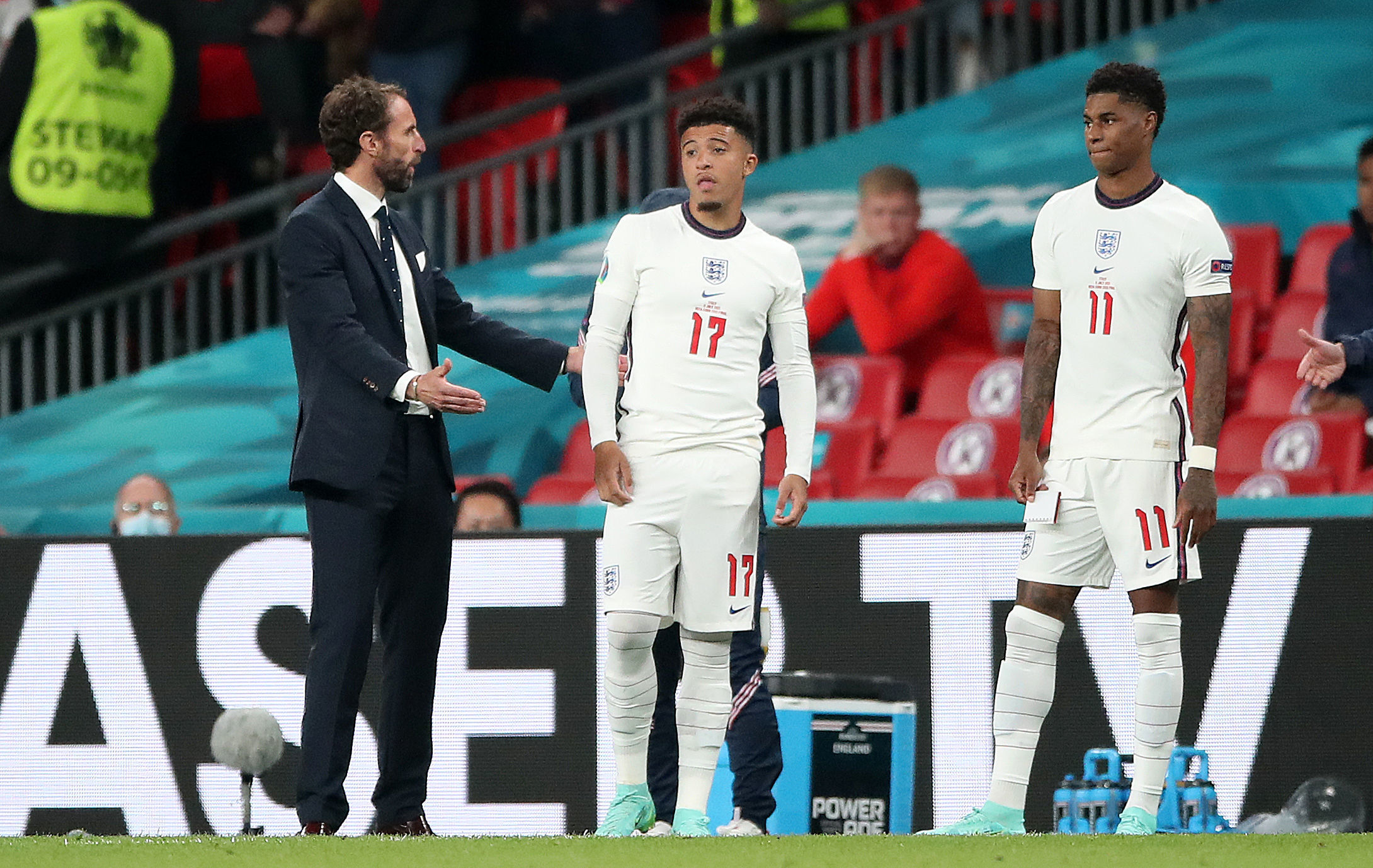 Hamilton's decision to set up and fund his own investigation came after he looked at end of season F1 team photos where he says he was reminded about the lack of diversity.

He said: "Most people know my journey into F1 and my experience being the first Formula One driver of colour.

"Being in motorsport, I often looked around me and wondered why I was one of the very few people of colour, and it is not just about drivers but job opportunities for mechanics, engineers, marketing and accounting.

"As I grew more successful, I thought that me being at the front would open more doors to black talent, but at the end of 2019, I was in Abu Dhabi and I was looking at team photos and it was a stark reminder as I zoomed in on those pictures at how little progress had been made in the sport into being more inclusive.

"That's when I knew that I needed to do more and where the idea for the Hamilton Commission came from, however, with the extensive research from the team, we realised it is not just the motorsport industry that needs to change.

"We found there are still systemic issues facing young black people at all levels of the education system that need to be addressed. 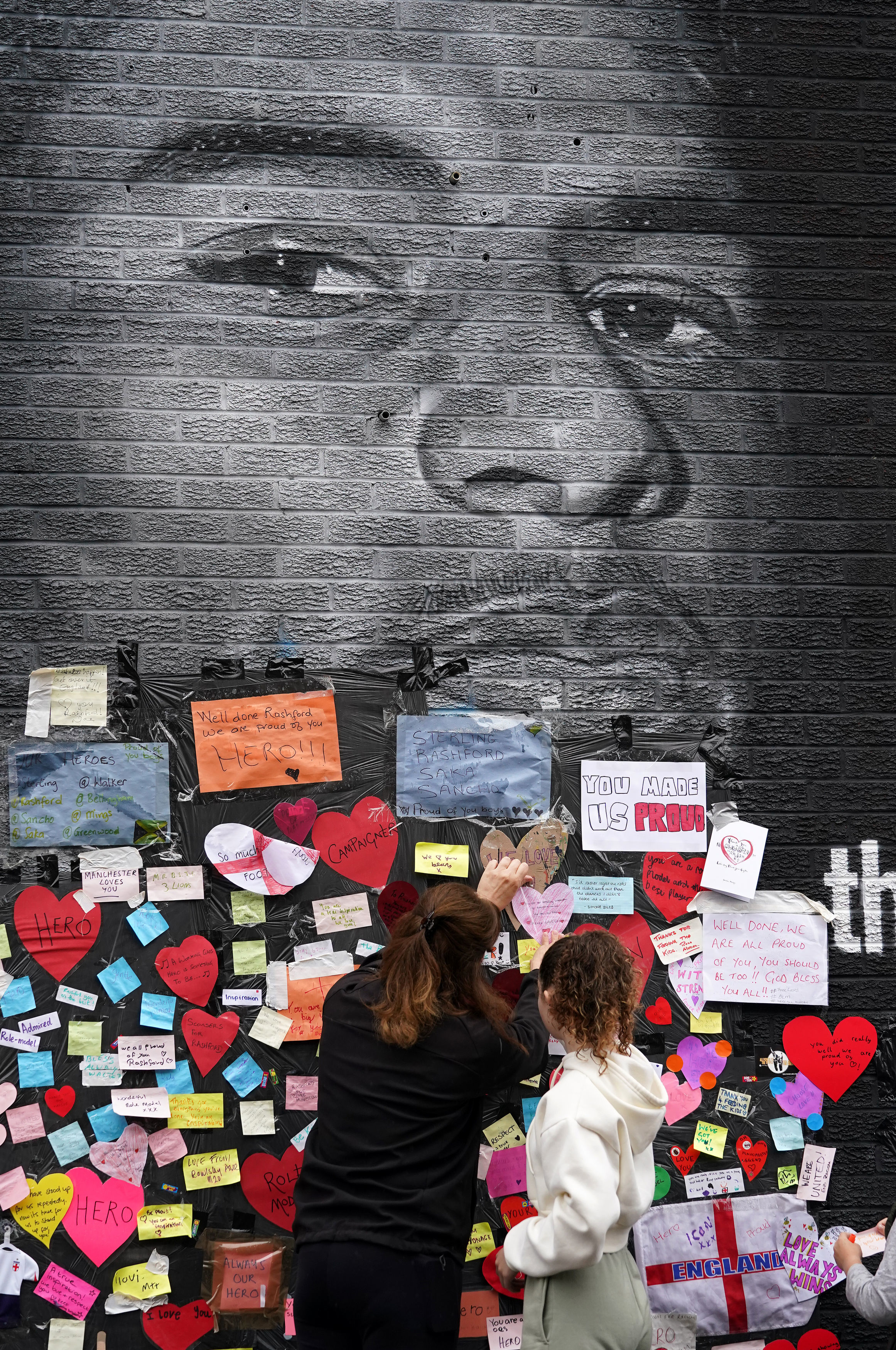 "So we have developed 10 final recommendations to address the issue of diversity in UK motorsport.

"From this report, I hope we can make long-lasting meaningful progress. We have to ensure that these findings do not go ignored."

Hamilton says if he is able to improve the diversity within the sport, it will rank as his greatest achievement; despite being F1's most successful driver of all time.

He also admitted during the presentation that he was expelled as a student and will now use the findings to help make improvements in the education system.

He said: "The thing I will be most proud of at the end of my career or beyond would be to look back at the UK motorsport industry in five, 10, 15 years from now and see it as more representative of our society.

"A lot of questions have always been asked before about what I would like my legacy to be.

"When I was younger it was to be a Formula One driver and be regarded as one of the best.

"But over time I have had success and it is always short-lived the joy that success brings and I have been thinking there must be a reason why I slipped through the cracks and got into the sport and why I am at the front of it.

"What am I going to do with all these titles? I have discovered my purpose and now I would like to be remembered for much, much more than winning championships.

"That is an amazing thing on its own, but actually helping people and changing the industry and the view points.

"We are all the same. We all bleed the same and there is no reason why it should not be as diverse as the world around us."