LEWIS HAMILTON sensationally won the Brazilian Grand Prix after fighting up from 10th on the grid. 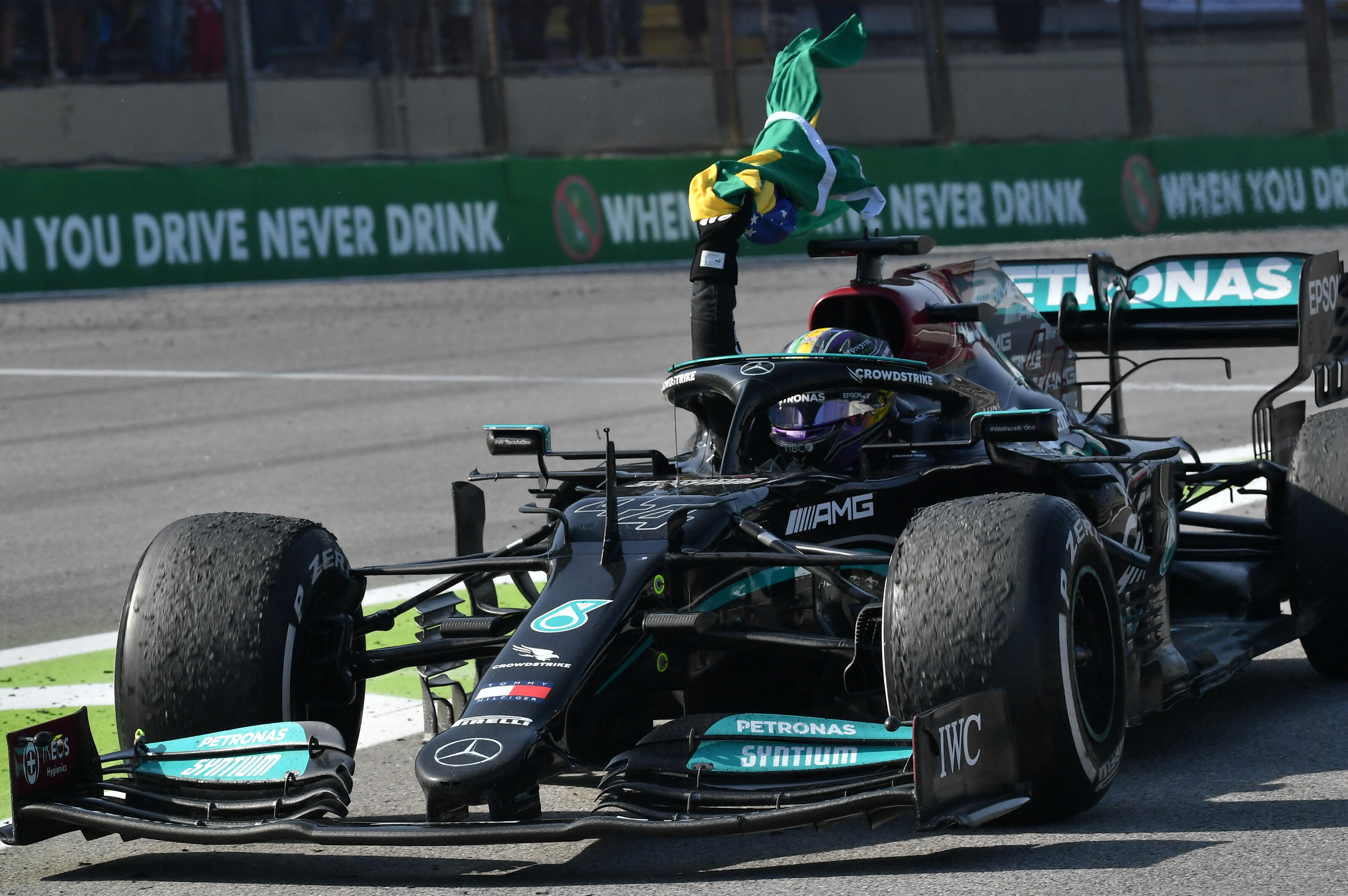 Hamilton had been forced to start Saturday's qualifying sprint race from the pits after his car was found to breach technical regulations concerning DRS.

But after putting his car on the fifth row for Sunday's main event, the Brit drove a sensational race to beat his Dutch rival to the chequered flag.

Hamilton spoke to legendary Brazilian driver Felipe Massa after crossing the line as the winner.

He said: “I feel what it was like for you here (Massa) with your amazing country.

“I've not had this support since Silverstone. Since then, it's been difficult. To hear these fans has been really humbling.

“Hardest weekend I've had. It reminded me of 2004 in Bahrain. This one is for my dad.

Verstappen finished second at the storied Interlagos circuit but saw his lead in the drivers’ standings cut to 21 points.

Hamilton’s team-mate Valtteri Bottas came in third to round off the podium.