Liam Dawson voted PCA Player of the Month for April 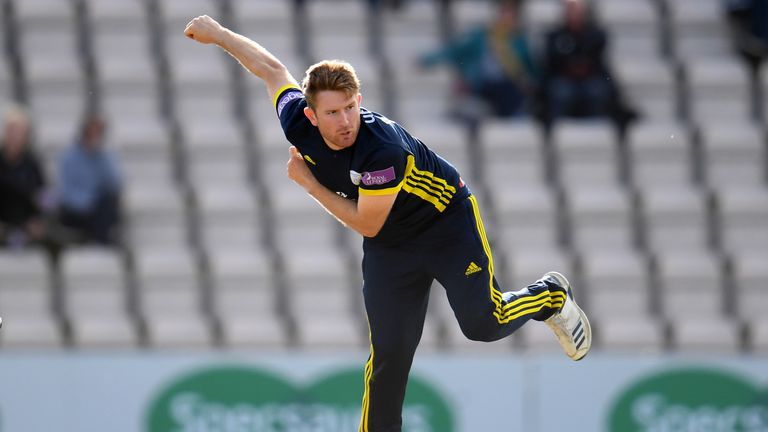 Hampshire all-rounder Liam Dawson has been voted the PCA Player of the Month for April after an exceptional opening to the domestic season.

The 29-year-old topped the public poll with 52 per cent of the vote, ahead of Somerset’s Lewis Gregory with 22 per cent. Derbyshire captain Billy Godleman received 20 per cent of the support, while six per cent chose Gregory’s team-mate Crag Overton.

The four-man shortlist was produced via the PCA Most Valuable Player Rankings for the month of April with the vote taking place on the PCA and Sky Sports’ digital platforms. The Hampshire spinner topped the MVP table in April with 160 MVP points to reinforce the decision of the supporters.

Dawson climbed to the top of the Overall MVP table on the final day of April by smashing 108 off just 93 balls and taking two wickets for just 39 runs from his 10 overs to beat Surrey and claim the MVP of the match.

With one hundred and four half centuries, the 29-year-old scored 445 runs while taking 16 wickets across all formats to put him 18 points clear in the Overall MVP and he is grateful for the award to start his season. 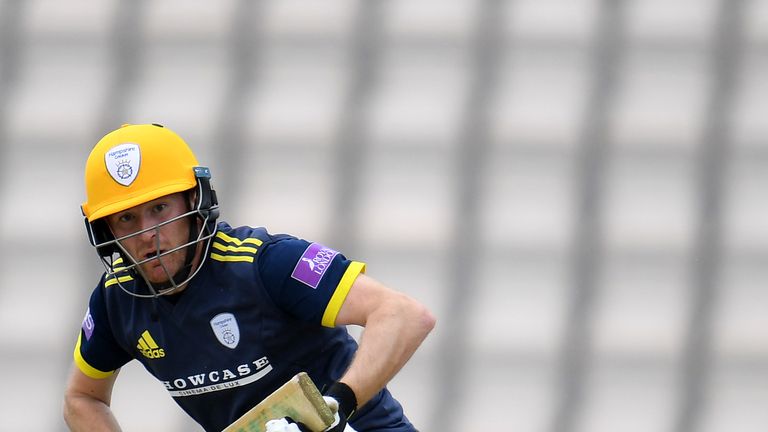 “It’s always nice to win an award so I want to say thanks to everyone who did vote for me, I do appreciate it,” said Dawson.

“I am very pleased, it’s always nice when you contribute to winning games of cricket and thankfully I’ve managed to do that at the start of the summer so far.

“We’ve played some good, solid cricket so far, we’ve won one and lost one in the Championship and we’re in a good position in the One-Day Cup so it was a good April.”

Hampshire and Dawson continued their form into May with a thrilling nine-run victory over south coast rivals Sussex with April’s Player of the Month hitting a quick-fire unbeaten 14 before taking 2-42 in an economical 10 overs in a game which contained 701 runs. The England international cannot put his finger on exactly why the season has started so well for him and the team.

“There isn’t a specific reason as to why the season has started well from a personal point of view, I have tried to read situations of games to react to what is best for the team. Hopefully I can continue to do that throughout the summer.

“I am pleased with my game and it’s always nice when you can contribute with bat and ball. I’d like to think I have bowled and batted pretty well this year and we have won a few games so hopefully I can continue this form because there’s a lot of cricket to be played this summer.

“It’s always nice to know as an all-rounder if your batting is struggling you can focus on your bowling and vice versa, being an all-rounder helps but it’s very are you bat and bowl well in the same game but when it happens its obviously very pleasing.

“I will not take my form for granted, you want to keep doing what I have been and working hard and hopefully the performances will stay strong by giving 100 per cent all of the time.”

Dawson could feel unfortunate not to be in the current England squads after his early season form. With 12 England appearances across all three formats, he last played in the recent Sri Lanka ODI series before an injury ruled him out of completing the tour and was replaced by Joe Denly.

With the Kent all-rounder in the provisional World Cup squad, regaining his England place is not something currently on his mind as he looks to chase more silverware for his county.

“England selection hasn’t really crossed my mind this year I am 29 and I just want to enjoy my cricket, if that comes then brilliant but I need to focus on putting in for Hampshire.