LIONEL MESSI is expected to extend his 20-year relationship with Barcelona.

That's according to bookmakers Betfair, who've slashed the odds of the 33-year-old renewing his stay from a double-figure price to just 8/15. 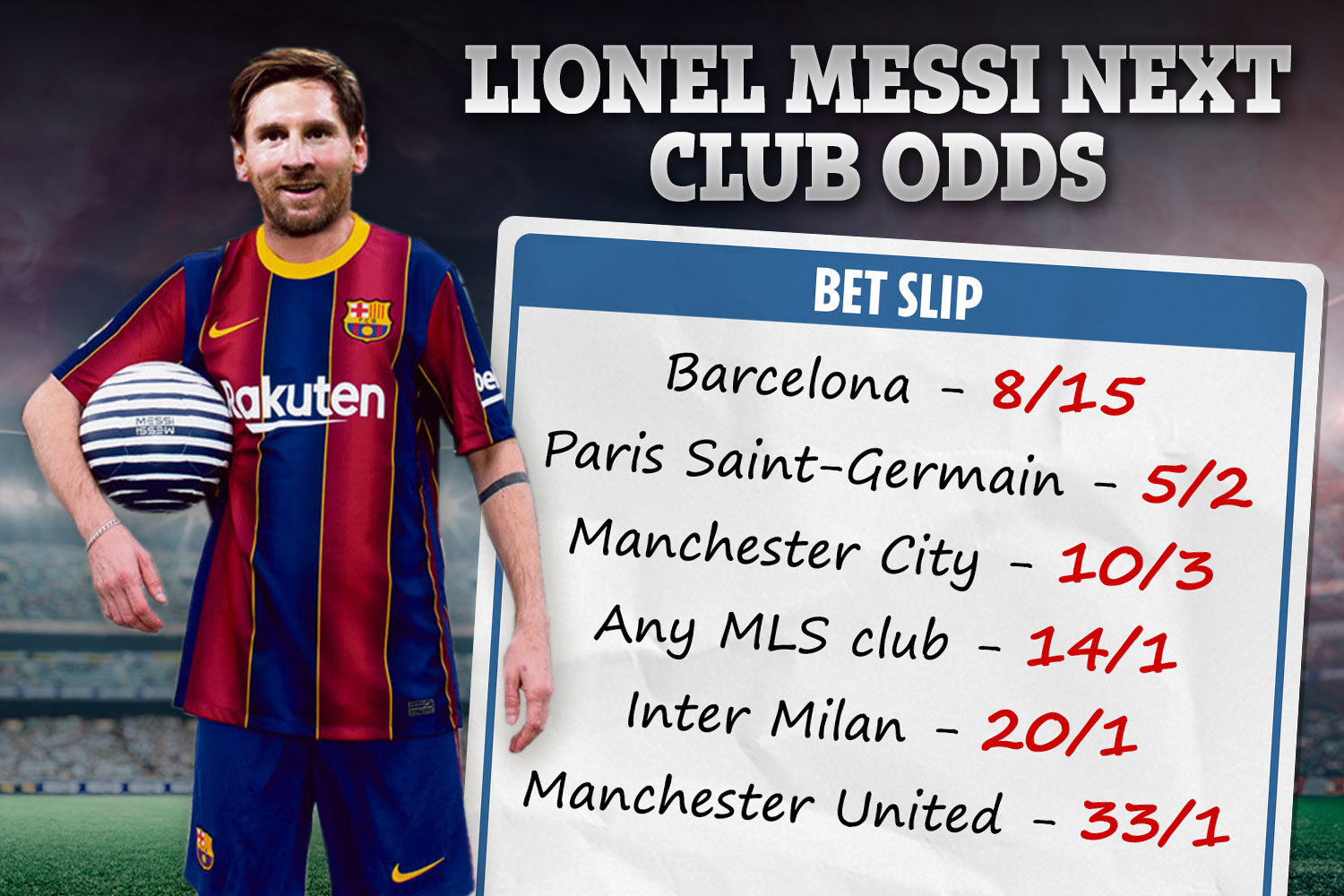 The Argentine forward was widely tipped to leave the Nou Camp when his contract expires in June.

Manchester City and Paris Saint-Germain were the leading contenders for his signature.

However, Sunday's presidential elections look to have transformed the situation.

The 58-year-old, who signed the likes of Ronaldinho, Samuel Eto'o and appointed Pep Guardiola as head coach, took over 54% of the vote to secure a second spell as President.

Messi, who had been critical of the club's previous chief Josep Maria Bartomeu, also voted in the election for the very first time.

And Laporta revealed the six-time Ballon d'Or winner had already congratulated him on the victory.

"It is more proof that he loves Barca. I am convinced that he wants to stay.

"And yes, he has already congratulated me for winning."

French champions PSG were previously favourites to lure Messi to Paris at 2/1.

But they've now drifted out to 5/2, along with Manchester City, who are available at 10/3.

Any MLS club is offered at 14/1 with Inter Milan and Manchester United the outsiders of the field at 20/1 and 33/1 respectively.