EVEN IF it is just for a few hours, Liverpool have gone top of the Premier League for the first time in six months – and reminded Manchester City that the title race is well and truly on.

What was a deficit of 14 points from Pep Guardiola’s trailblazing City just two months ago has now been closed and Liverpool remain firmly in the hunt for a second title in three seasons. 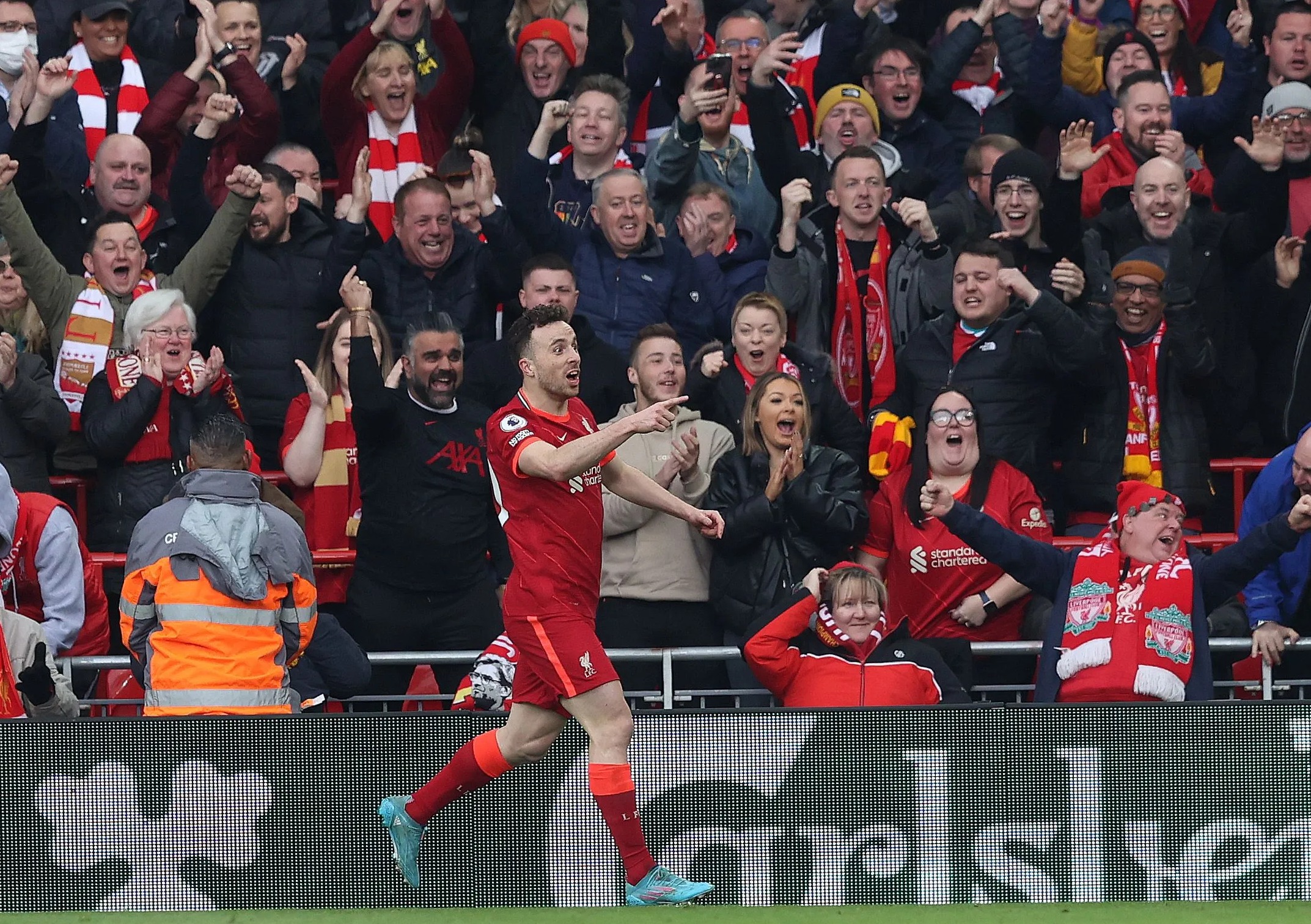 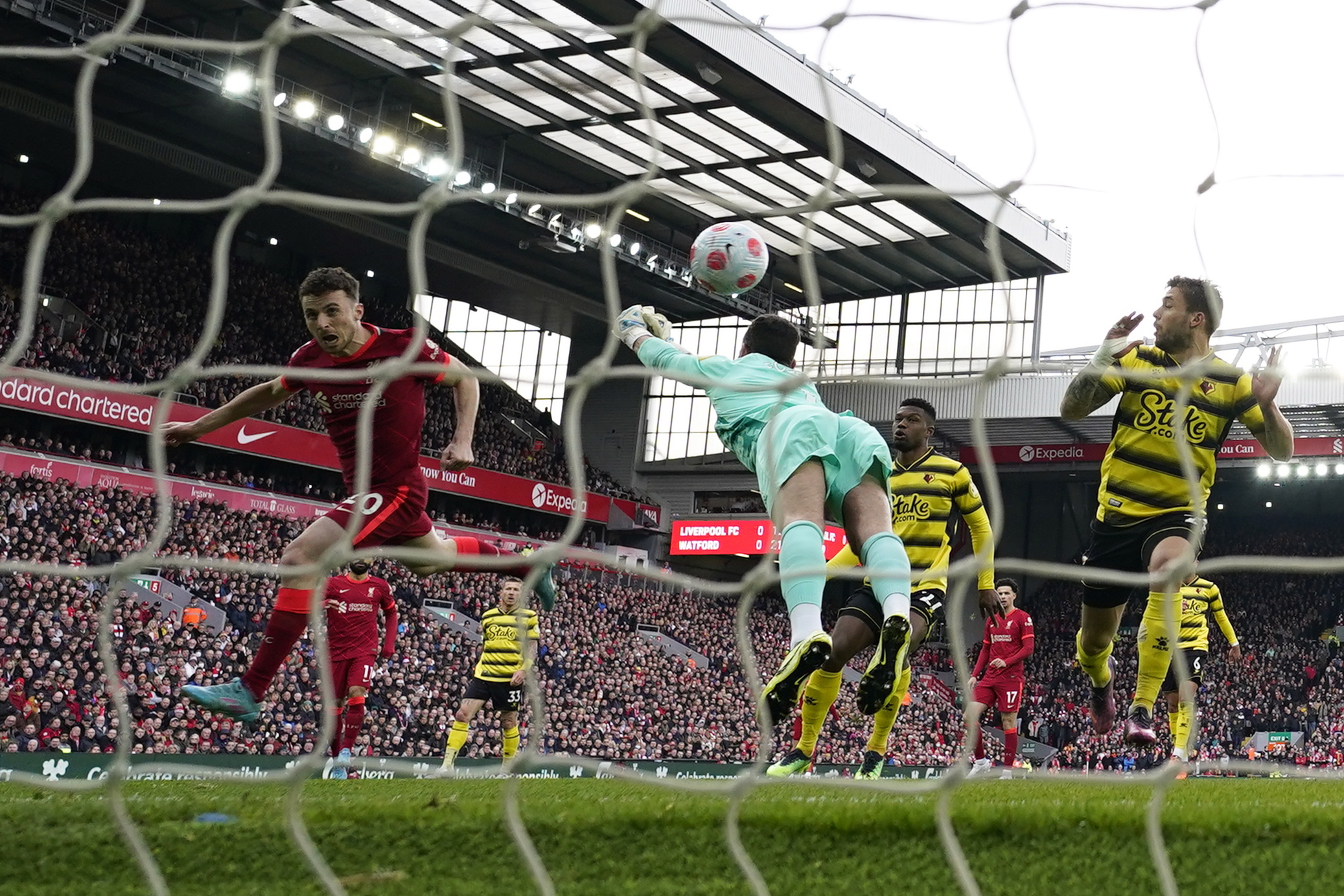 Thanks to Diogo Jota’s first-half header and a late Fabinho penalty, which finally broke the resistance of stubborn Watford, the Reds extended their unbeaten league run to 11 matches, including 10 straight wins.

City will have the chance to respond when they play at Burnley at 3pm but if there had been any complacency within the ranks regarding their title defence, it will have disappeared now.

Liverpool fans, meanwhile, can still dream of the Quadruple and however impossible that might seem, fixtures against Benfica in the Champions League and then City next weekend will go a long way towards determining their destiny.

Ahead of his 250th Premier League in charge, Liverpool boss Jurgen Klopp implored all Liverpool fans to bring the noise and sound.

Conscious that 12.30pm kick-offs are normally flat affairs, the German did not want any nervousness or tense feelings brought to the ground.

Instead only those who were willing to scream and shout would be encouraged to visit Anfield.

The home fans listened and responded, doing their part from the outset and singing loudly on 22 minutes when Jota scored his 20th club goal of the season.

It was particularly hard on Watford as up until that point, Roy Hodgson’s troops had been the sharper of the two sides.

And then used his feet to deny a superb counter-attack chance from Juraj Kucka, just half a minute before Liverpool took the lead.

Watford have only won once in 16 attempts at Anfield – that last victory was in 1999 – but they left empty-handed here despite chances to grab at least a point.

Just 11 minutes into the second half, Hernandez’s ball found Ismaila Sarr and the Senegal striker slipped a cute pass sideways to Joao Pedro.

Much to the disbelief of the coach Hodgson, the shot crashed inches wide of Alisson’s left-hand goal with the Liverpool stopper well beaten.

There was no offside flag and maybe VAR would have ruled it out had it gone in but heads were in hands on the Watford subs bench.

VAR was instrumental in the decision by Stuart Attwell to award a 89th-minute penalty for a clear foul by Juraj Kucka on Jota after the referee consulted the touchline monitor.

Fabinho applied an empathic finish from the spot-kick to leave Foster diving aimlessly and the tension from the home stands soon dissipated.

Watford’s Premier League survival will not be determined by results at Anfield and focus will now turn to key home clashes with Leeds, Brentford, Burnley and Everton. 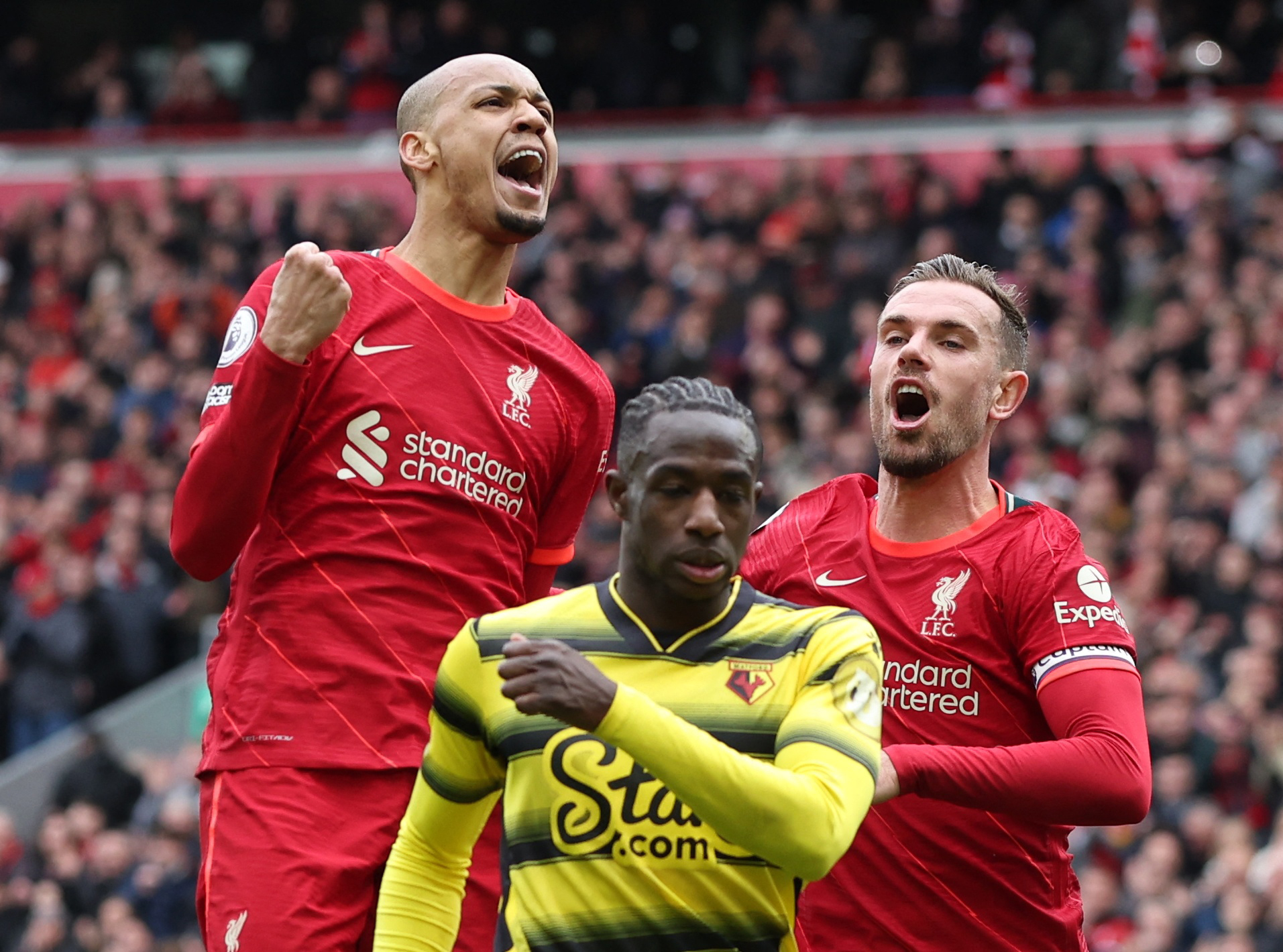