TRENT ALEXANDER-ARNOLD claimed it was pure instinct that led to Liverpool's winner against Barcelona but the goal was actually borne out of careful planning. 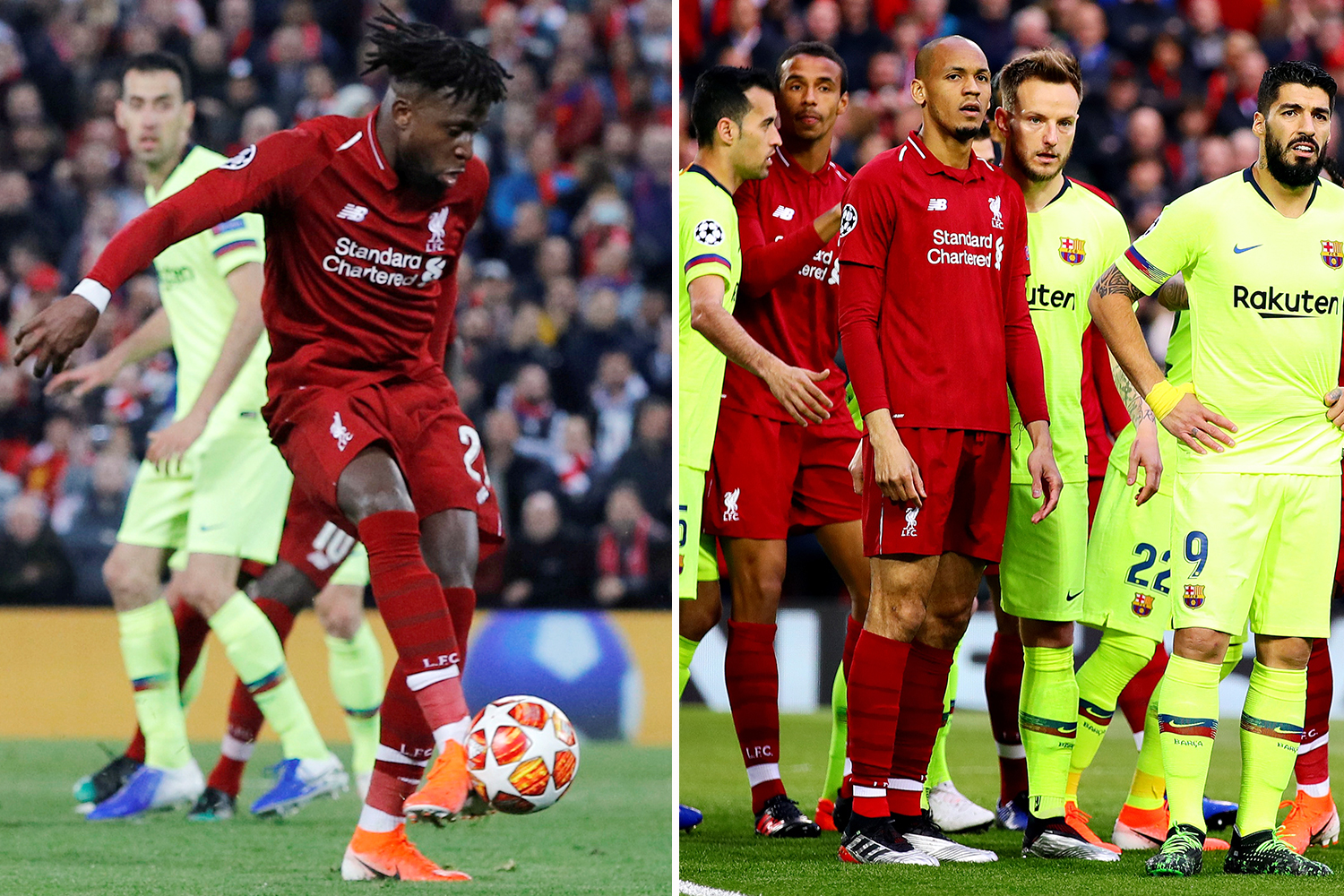 The right-back was hailed for his genius quick-thinking before it emerged that Alexander-Arnold was indebted to the lightning reactions of a nearby ball boy.

However, 14-year-old Oakley Cannonier and his team-mates had been told by Academy mentor Carl Lancaster to get the ball back to those in red as quickly as possible.

According to the Independent, match analysts had noticed during the first-leg defeat at the Nou Camp that Barcelona's players moaned and became distracted at set-pieces.

With 11 minutes to go, Jurgen Klopp’s inspired tactics paid dividends when Cannonier instantly fed Alexander-Arnold the ball to cross for an unchallenged Origi.

The goal meant Liverpool went 4-0 up on the night, making it 4-3 on aggregate after losing 3-0 in the first leg at the Nou Camp.

The young ball-boy has since been hailed as the real hero behind Liverpool’s incredible European comeback, a sentiment shared by Kop legend Graeme Souness.

Sitting in the Virgin Media studios, he told viewers in Ireland that the teen should be given two season tickets and a trip to the final for his intervention.

Souness said: "Watch this, we will circle him. It goes out for a corner. They are following the ball…watch the ball boy here. He is already on the spot.

"He [Alexander-Arnold] puts it down now. He goes to walk away and he realises there is a few dopes gone to sleep.

"They have all turned their back on it. That is criminal, criminal for a professional footballer."

Liverpool fans also pointed out that Alexander-Arnold himself knows about what makes a good ball boy after coming through the Anfield academy.

The defender was pictured sitting on the side of the pitch during Liverpool's infamous 2-0 defeat by Chelsea that ultimately cost them the title in the 2013-14 season.

Jurgen Klopp’s men now have the chance to right those wrongs with the potential to win both the Premier League title and the Champions League still on the cards. 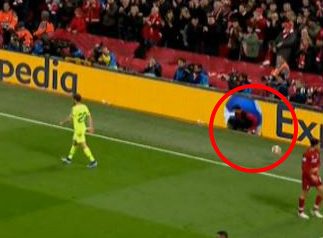 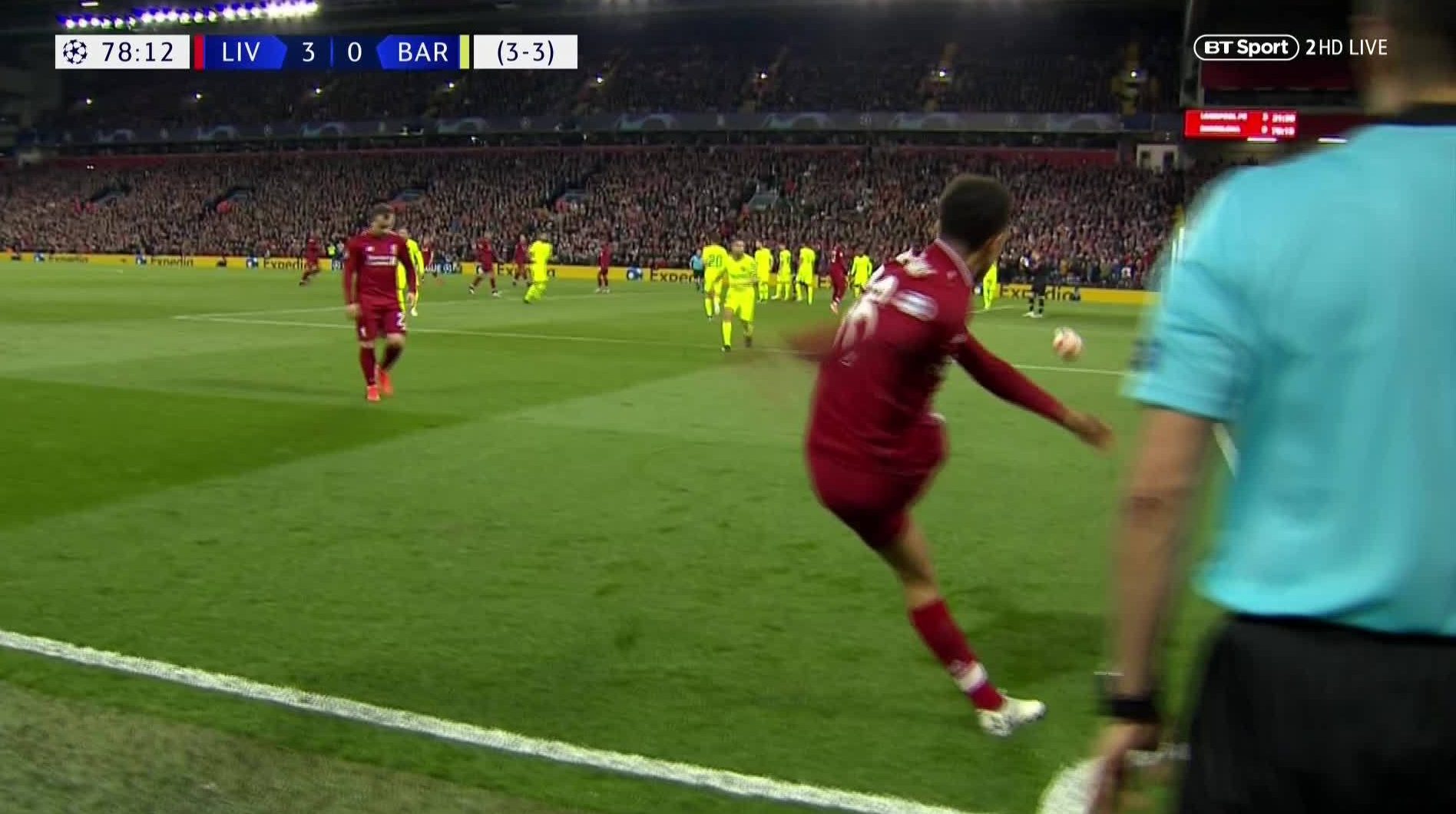 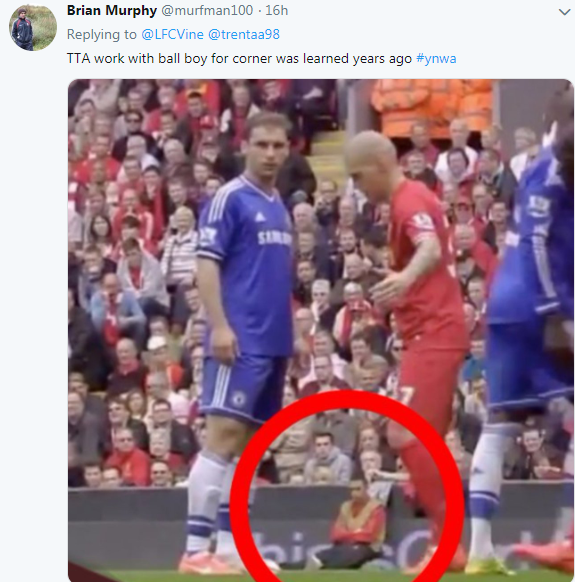