MANCHESTER CITY believe there is a campaign by Europe’s elite, including local rivals United, to bring them down.

City have come out fighting over reports they face an imminent Champions League ban. 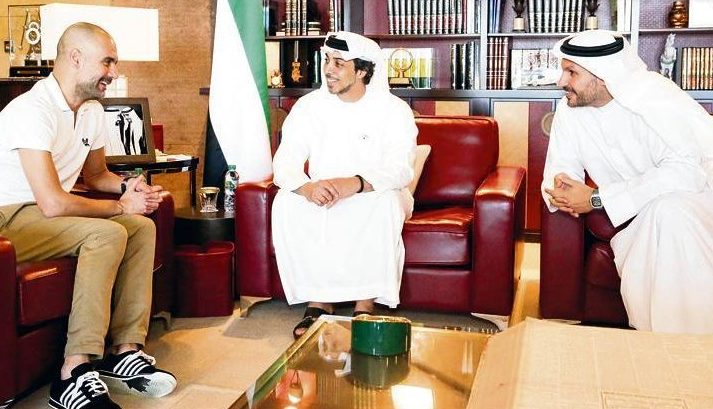 And they reckon top clubs are fuelling the desire to have them hauled over the coals.

City also accused Uefa of breaking a commitment to keep silent on the investigation by their financial control body, which is headed by former Belgium Prime Minister Yves Leterme.

The club said: “Either Manchester City’s good faith is misplaced or the process is being misrepresented by individuals intent on damaging the Club’s reputation and its commercial interests. Or both.”

Their title party was interrupted on Monday as it emerged Uefa’s investigations unit is ready to recommend a 12-month Euro ban for FFP breaches.

City have been accused of collecting millions from the club’s owners, Abu Dhabi United Group, under the guise of sponsorship income from Gulf-run companies.

The allegations stem from Football Leaks documents, which City say were hacked emails.

City are furious Uefa have acted on the basis of hacked material at the bidding of their major rivals, including nearest neighbours United.

But the Premier League, FA and Fifa are also mounting their own probes into the club.

And that anger shone through as the club broke a two-month silence on the issue to state: “Manchester City FC is fully cooperating in good faith.

“In doing so the club is reliant on Uefa’s commitment of March 7 that it will make no further comment while the investigation is ongoing.

Uefa confirmed the report had yet to be received. Even if City are banned, they can appeal, meaning the issue is likely to run into 2020.